Mecha Baltan comes from the 1983 series "Ultra Super Legend: Andro Melos". While not technically an ultra-series, it did feature an a host of re-imagined Ultra Kaiju as villains, and cameo appearances from Ultraseven and Zoffy. So it kind of is an ultra show, kind of isn't. It got its start in Terebi-kun and later got a series of live action vignettes. 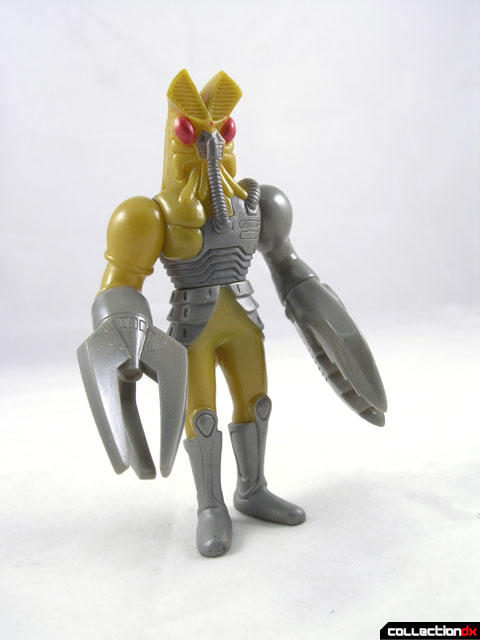 The toy is your typical ultra-kaiju toy. Soft vinyl, about 16cm tall, with limited poseability. In addition to the shoulders and waist, the arms can rotate at the forearms. 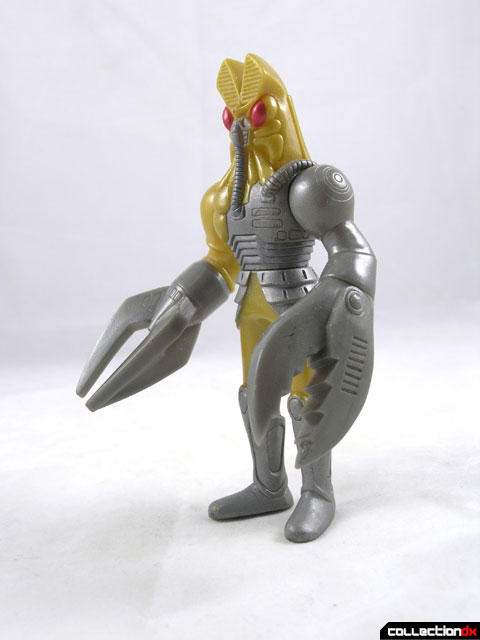 One thing worth noting is that this figure is molded in metallic vinyl, with metallic paint, making for a beautiful figure. 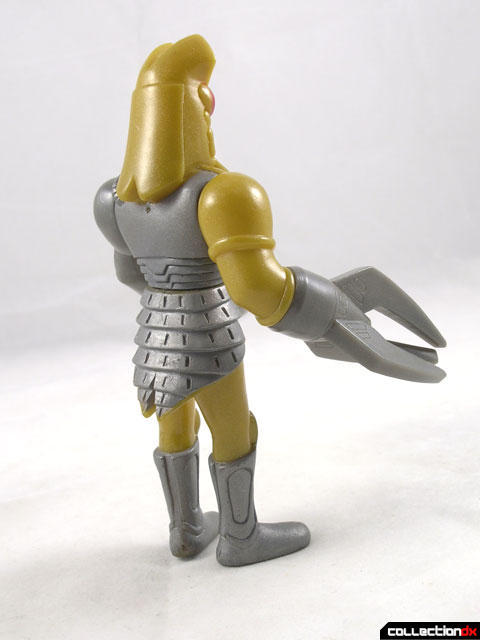 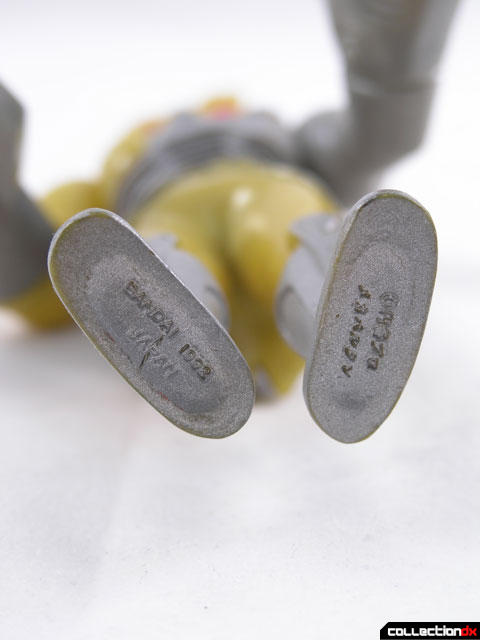 5 comments posted
Baltan is one of those kaiju

Baltan is one of those kaiju that I always felt like I should like more than I do. But it really doesn't do much for me. And I like Mecha Baltan even less. :(

Specially when standing next to normal Baltan. Now, to find Mecha Baltan... a bit hard...

I don't collect vinyls, but there's just something about this figure. It now graces my eBay Watched Items list.

Wish me luck! I'm a mere $3 away from being able to afford the shipping, heh.

I've always liked Baltan--even more so after I saw the first episode of Ultraman!--but I've always been a bit dissatisfied with most of the toys of him. I dunno...I guess I'm picky.

This page is a great visual resource for Baltan toys (even if it isn't complete). I had the Popy/B-Club gid reissues of the original Bullmark, but ultimately, their sculpts didn't do anything for me. Just too...corny.

I was then able to find the unpainted glow M1 sculpt, but I have yet to douse it with paint... I think the sculpt is a better balance of old-school and cool/accurate.

Finally, I recently scored a rare (I think) pre-painted (but unassembled) glow Baltan from Billiken Shokai. Super-cool and accurate, but I'm not sure if it's too cool, y'knowmsayin?

In the meantime, this Mecha Baltan is pretty cool, though. It's got a great sculpt and I like the idea of mechanizing parts of kaiju! Mecha-King Ghidorah, for example, is hot! Cyborg monster...how can ya beat that???