Kamen Rider ZO (仮面ライダーＺＯ) comes from the less-popular movie of the same name, 1993's Kamen Rider ZO. There just doesn't seem to be a lot of love for this rider, as evidenced by the overall lack of merchandise and it's low-key place in the rider pantheon. The rider has a grasshopper-like appearance, looking more insectoid overall than some of the previous riders. 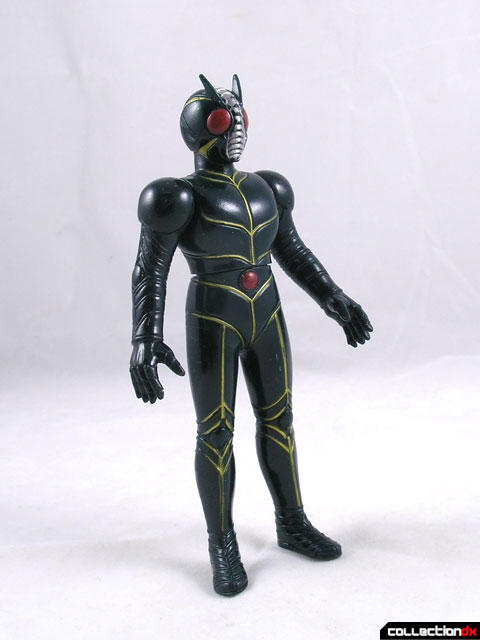 The look of Kamen Rider ZO foreshadows the popular SIC line that would come many years later. 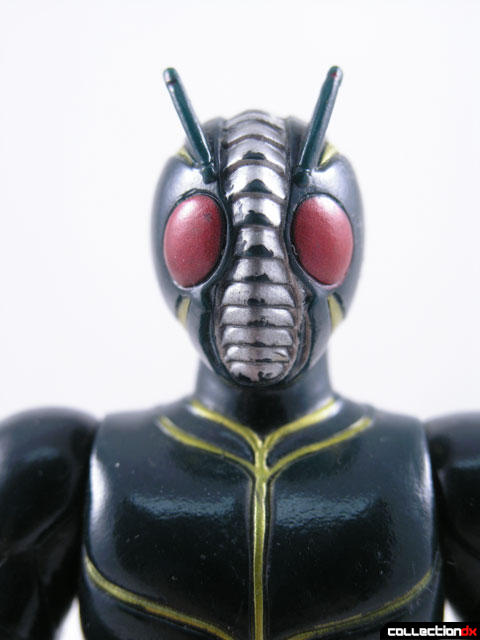 This toy is your typical Rider Hero series vinyl. It's about 6" tall, and features articulation at the arms and waist. Originally this figure would have come window boxed, but sadly, the box was thrown away years ago by some young Japanese child. 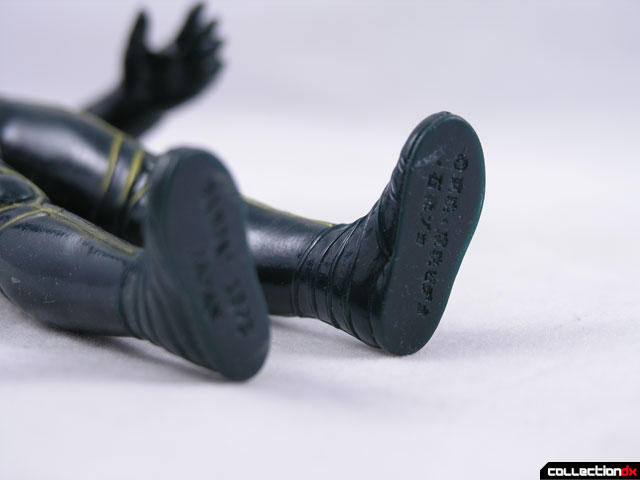 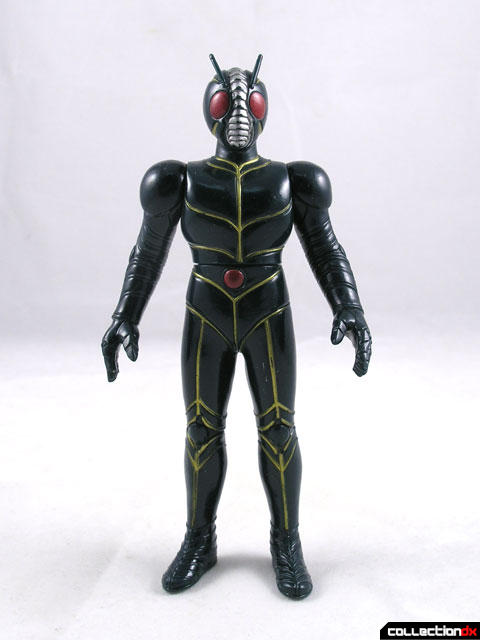