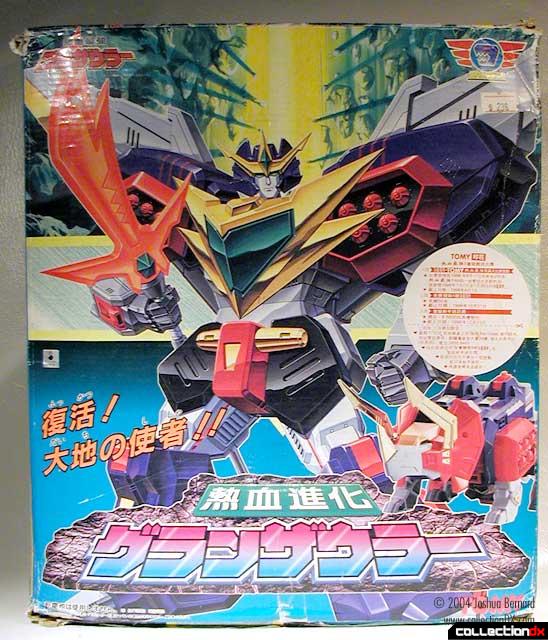 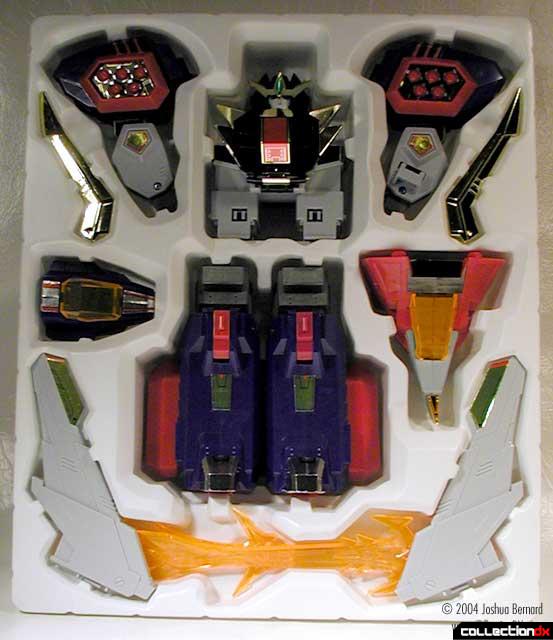 Granzaurer is a thick plastic robot with almost no articulation. He transforms into 3 modes: Robot, Dinosaur and Jet. His transformation consists of completely disassembling and re-assembling him into the three modes. He's more like a puzzle than a Transformer. 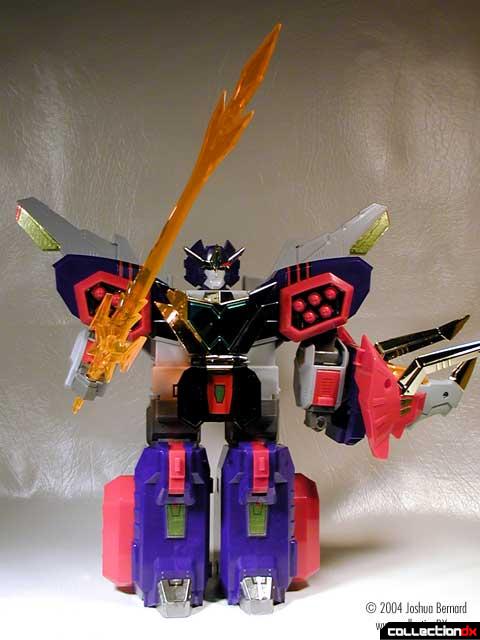 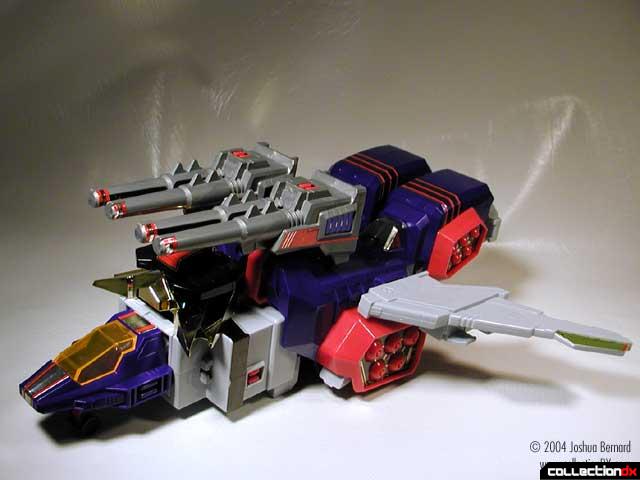 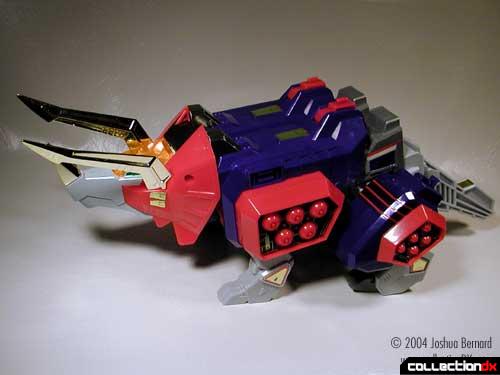 In robot mode, Granzaurer is about 12" tall with wings. He is articulated at the shoulders, and that's about it. His two weapons are a spear and a sword, both molded in translucent plastic. 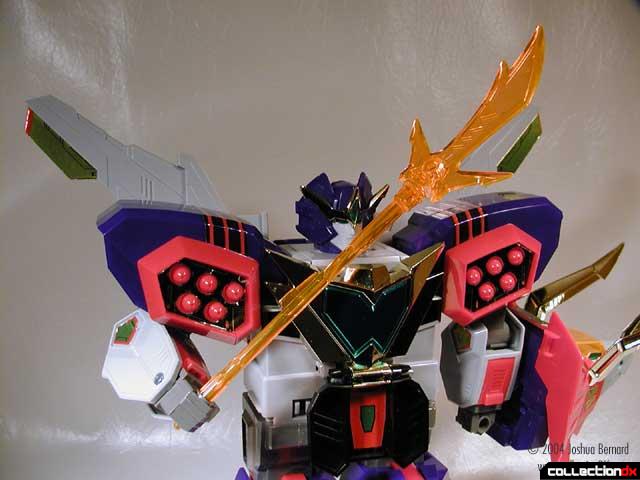 Dinosaur mode is kinda cool, but not all parts go into this transformation - the cockpit is left out. In jet mode the dinosaur head is left out. All modes are flimsy, with parts falling off frequently.

Taken on his own, Granzaurer is not that great of a toy. But the great thing about the Eldoran line is the insane combinations. Granzaurer combines with Magnazaurer and Gozaurer to create King Gozaurer.