Seagorath is an Ultra Kaiju, meaning he is a Giant Monster featured in the Ultraman Franchise. Specifically, Seagorath comes from episodes 13, 14 and 37 of "The Return of Ultraman" from 1971. 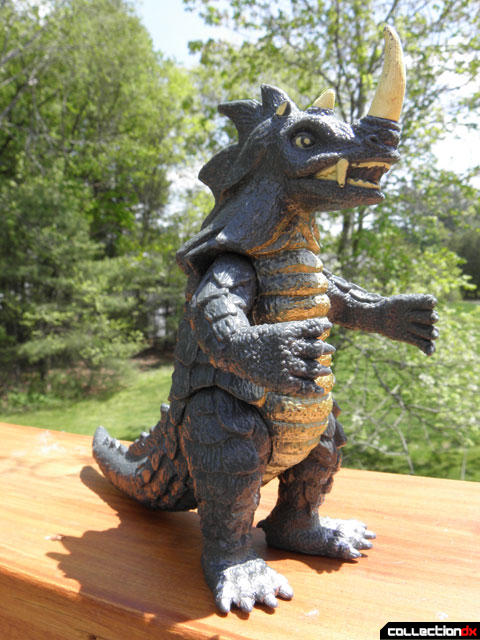 The Kaiju fights with Ultraman Jack until he is defeated and driven back into the ocean. 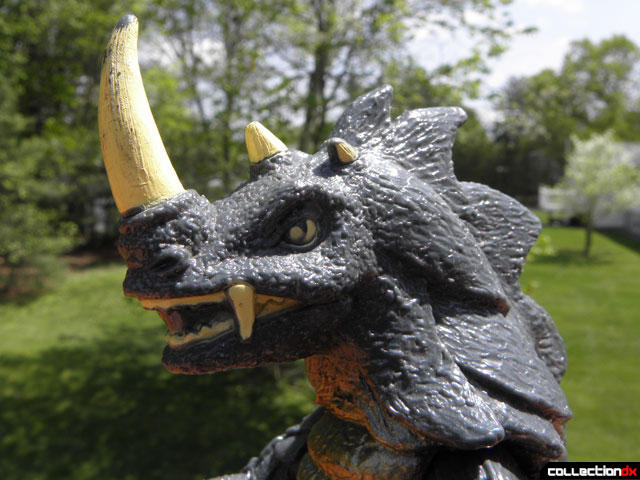 However, his face mysteriously reappears on the Kaiju Tyrant, who is an amalgam of many previous Ultra Kaiju. 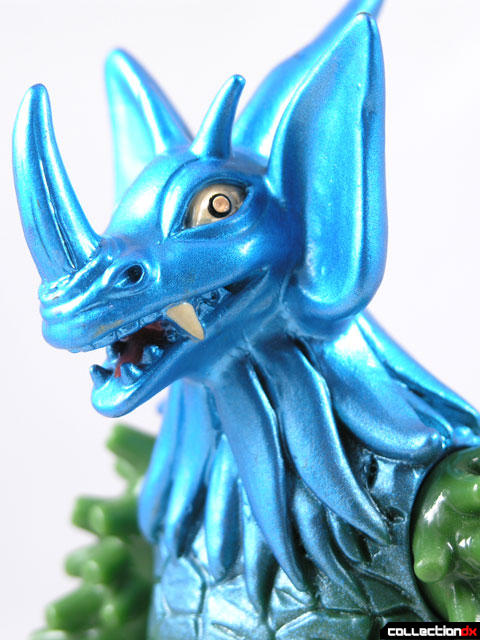 This vinyl toy is a kids toy at heart. Produced in 1992, before Bandai had the collectors market in mind, Seagorath is a solid sturdy vinyl figure. Articulation is limited to the arms and legs. 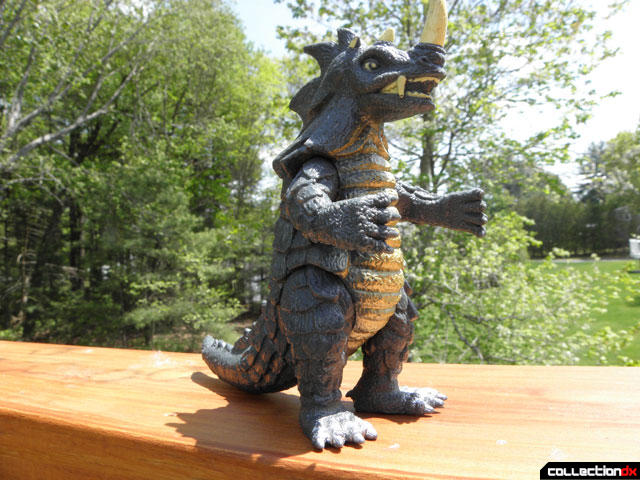 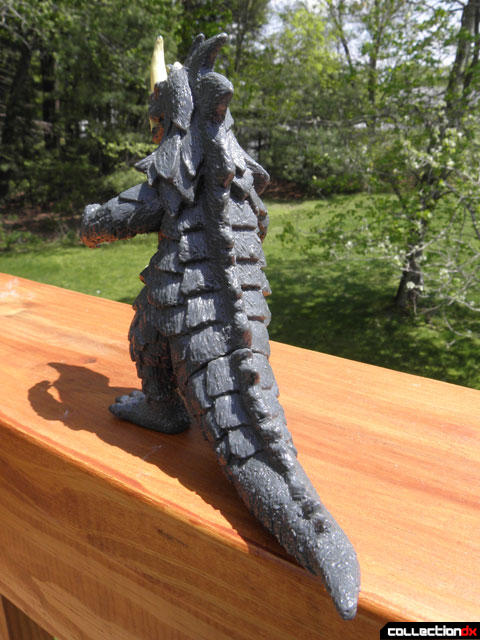 6 comments posted
These guys age well, and I'd

These guys age well, and I'd say the early 90's is the tale end of "classic" vinyl. Seagorath even looks like the end of an era. Snagging it for a buck is pretty great, even though you failed to mention shipping ;) Just kidding! I'm sure that part of the story gets pretty ugly.

I have several of the Bandai Toho kaiju from the early 80s to the early 90s and I love them (I don't really care for the newer Bandai vinyl kaiju). They are nice and sturdy and beautifully painted. I even have the large 1964 Godzilla from the Great Monster Series that was released in 1984 and it is gorgeous. Very fun to play with too, I would have loved this toy as a kid in the early 80s.

This is definitely one of the nicer-looking Bandai kaiju toys out there. Must be a testament to the fact that it's over 15 years old!

Still, if you give me a choice, I'd take the Bullmark over this...

Interesting. When mentioned in the context of the toy, you find seagorus, but when in context of the character in an episode of the series, you get Seagorath.

I assume you can interpret the katakana for his name either way (as it's written on the toy's header card, anyway).

I'd prefer "Seagorath" as it has a more Lovecraft-ian tone to it.:) Cool score on the vinyl though. The only toy I saw at a flea market in Japan was a Bandai Minya, but they wanted 3,000 yen. I probably should have bought it anyway, just to have the memento.