The transforming robot explosion of the early eighties left toy companies scrambling desperately for anything which even remotely resembled a Transformer. Hasbro cleverly snapped up the best of the best, but a few crumbs remained. Those crumbs became the Gobots. The smallest, lamest, and ugliest of the crumbs became Gobots Rogun toys.

To my credit, I am not yet a Rogun authority. From what I can tell, cheapo drug store toy purveyor Arco created its own goofy cap and water gun transformers, which were then licensed as part of the Gobots line. The same Playskool-esque Transformers for slow preschoolers were marketed under numerous titles. We've all seen them. They are awful. Or are they? Yes, yes they are. But somehow I've convinced myself that I actually like them.

This specimen is one of the more interesting Rogun-type toys. Released by Mattel in 1992, this would appear to be a misguided revival of the line. I believe the mold is unique to Mattel.

Rogun Flashbot comes in a nice window box. Inside, he rests within a cheap plastic tray. 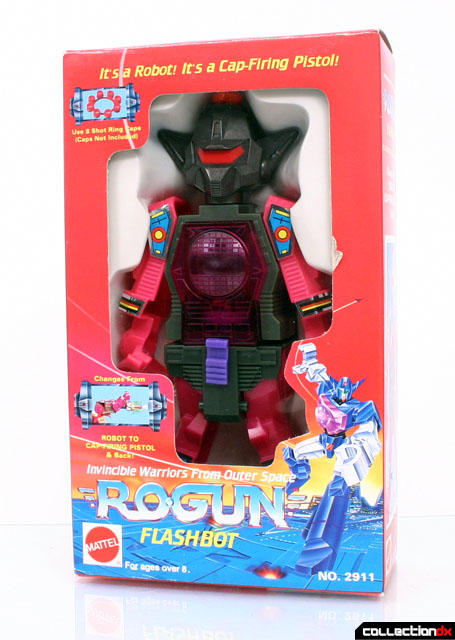 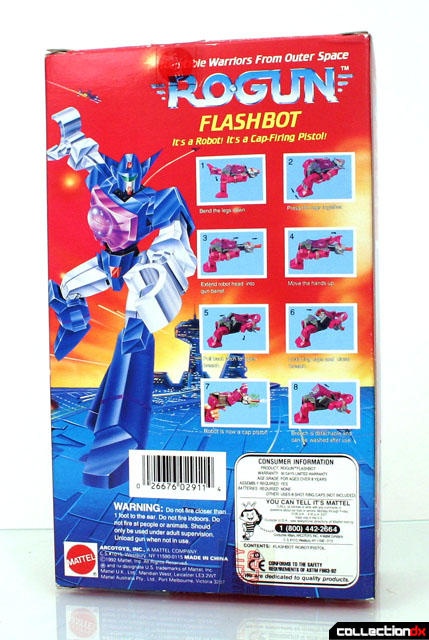 My favorite thing about this toy is the illustration on the back of the box. This took some serious balls, this thing. Who are they fooling? Maybe if Mattel hadn't used a window box displaying the robot mode, four or five people would have been deceived into thinking that the toy within looked anything like this. As it is, the painting is a laughable indicator of the vast chasm between poor Flashbot's marketing and Flashbot's reality. 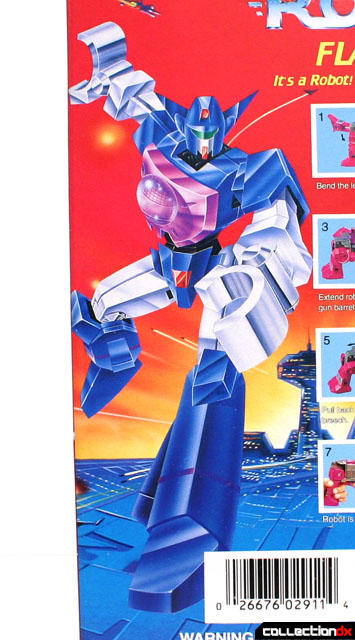 And here he is, in all of his malformed glory. Those legs! This is the first transformer with rickets. 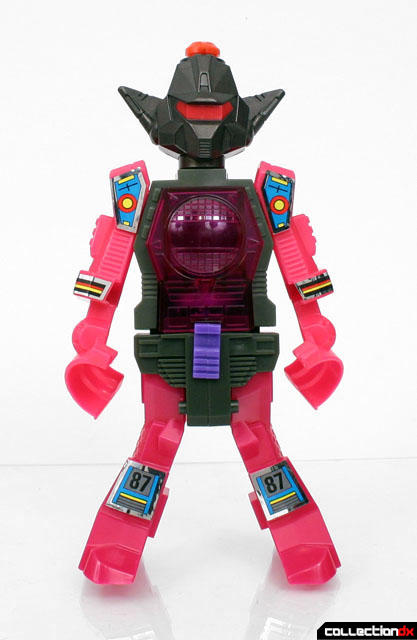 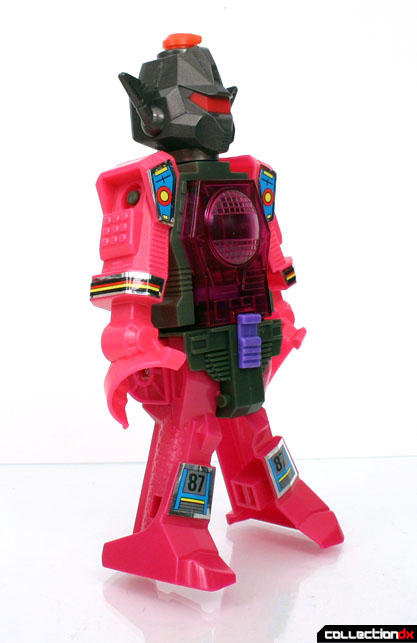 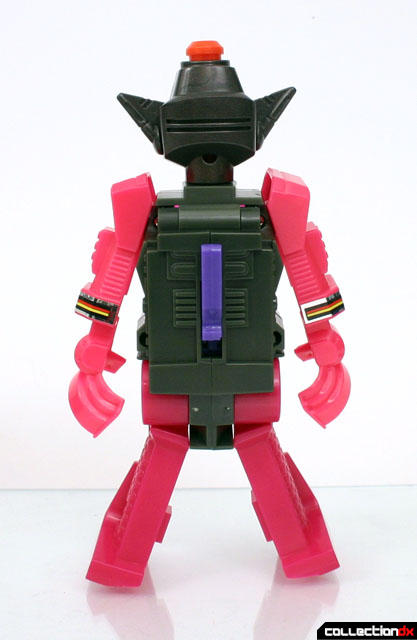 But gosh I like him. The goofy, unprepossessing charm. The sureness of the design. The solid, well-balanced materials and composition. 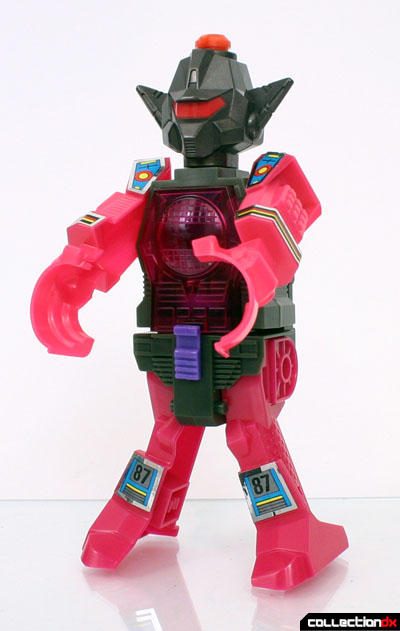 Transformation to cap gun, such as it is, is very simple. The result is just as ungainly as the bot. The arms inexplicably become the world's most unnecessary and ineffective scope. 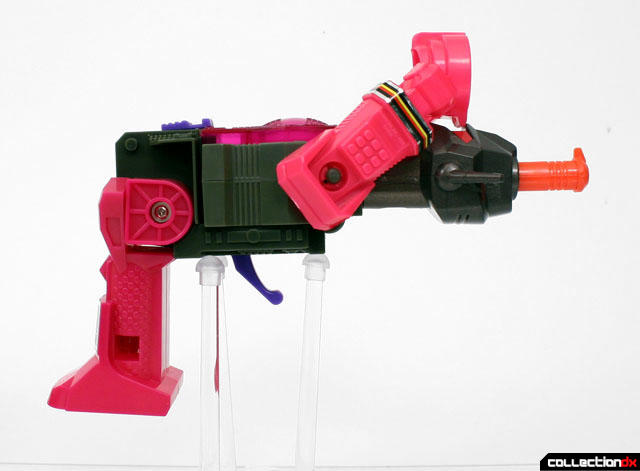 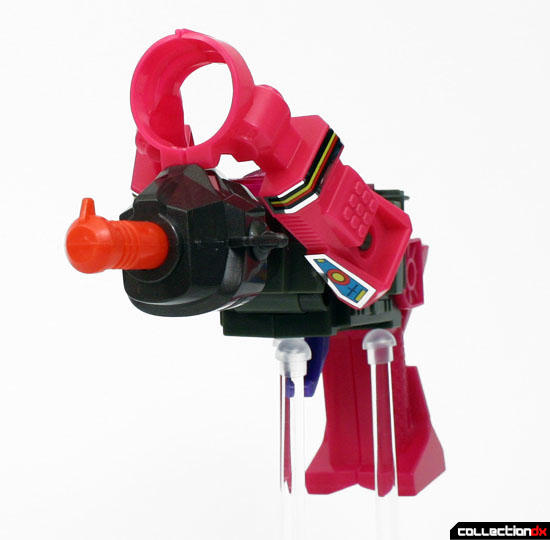 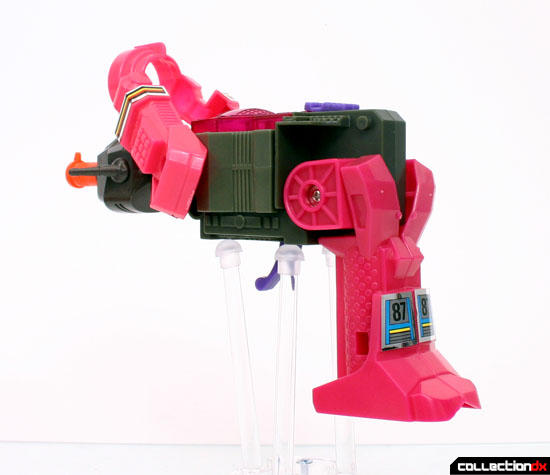 I like how the clear chest shows the flash of the cap. The piece opens nicely. Look, metal! 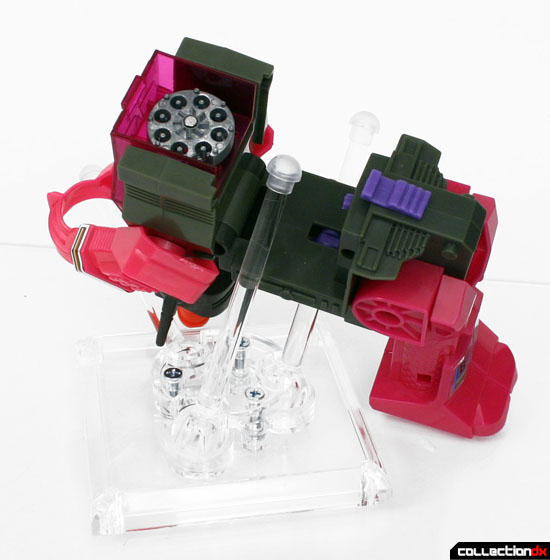 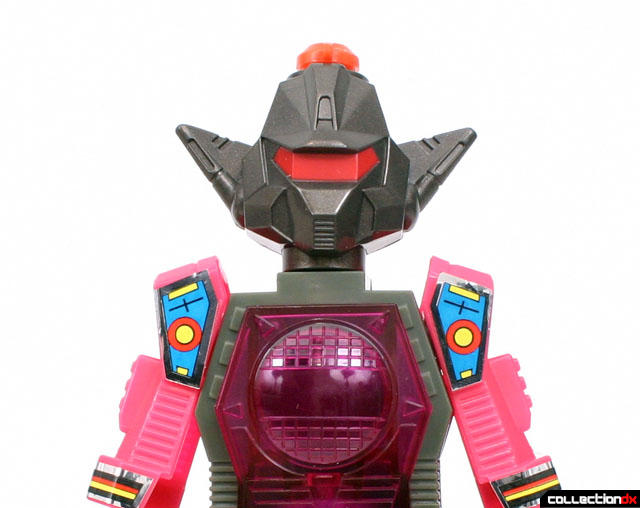 This is actually pretty cool in my book, nice score!

OMG! I think that's it! When I was little - had to be when I was real little 'cause this feels like an OLD memory - I went to this park with my Dad so he could play some basketball with friends. I had found this this gun on the ground that turned into a robot and I was playing with it the entire time. When it was time to leave, Dad made me leave it behind since I had only found it and it technically wasn't mine. I really think that's the gun! It's an old, fuzzy memory, but I do remember a a translucent red chest, and heck; there's aren't that many robot guns, are there?

Anyway, this is awesome! Not just for the possible nostalgic factor either.

You'd be surprised at how many of these types of toys are out there. From your description it could be one of a few. I'll cover more in the future. Maybe I'll do a blog with a group shot or something.

But I like it! You just don't see that design nowadays, is like they design to be a cap firing pistol first and then design the rest.