It's not often that I lose my composure and make a purchase without reading the specifics of an auction, but the Telco Mummy Motion-ette made me do just that. I remember crawling out of bed on a lazy Sunday morning one day and heading on over to eBay as usual. It was one week after I had already passed on a Dracula Motion-ette and I had been feeling a little bit of remorse about it. So even though I traditionally did not search for these items frequently, they were on my mind at the time. So I looked...and there it was. The Mummy. 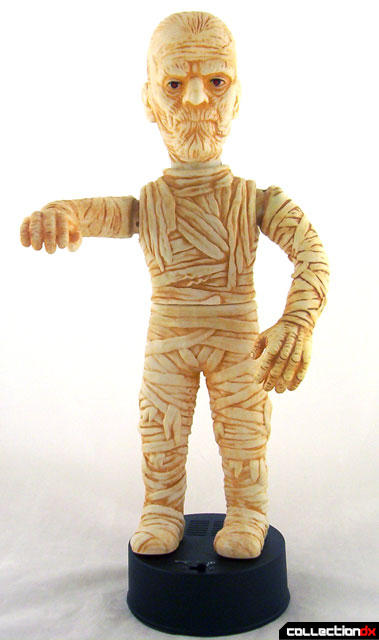 Despite not having much experience in monster collecting, I remembered reading at the Gallery Of Monster Toys that the Mummy was "nearly impossible to find". And the fact that it was absent from nearly all the monster collections I'd seen to that point seemed to confirm the notion. And yet, there it was staring me in the face. And with a $35 Buy It Now, no less! "Click", "Confirm", "Bought". Now, time to read the item description!

Fortunately, there was nothing alarming about the auction and the seller was cool. In fact, he also had the Dracula I had passed on the week before, AND a set of Frankenstein and his bride. All 4 Motion-ettes I needed, including the rarest, all in one fell swoop to complete the set!

Like the rest of the previously reviewed Motion-ettes, The Mummy here is 17" from the bottom of the base to the tip of the head. Like the Creature, The Mummy is made mostly out of vinyl. Actual cloth wrappings might have been better, but I like the way this looks, too. Nothing new as far as features is concerned. Moving head and arms compliment the light and sound effects.

The Mummy was released in the second wave of 17" Motion-ettes, presumably in very small numbers. There was also a 24" version released and I think that is even rarer. He came packaged in the same box as the rest, with a clear cellophane window on the front. Although considered rare, I'd bet that this is exactly the kind of item that is out there, waiting to be found at a flea market or a yard sale of someone who doesn't know what they have. Keep your eyes open! 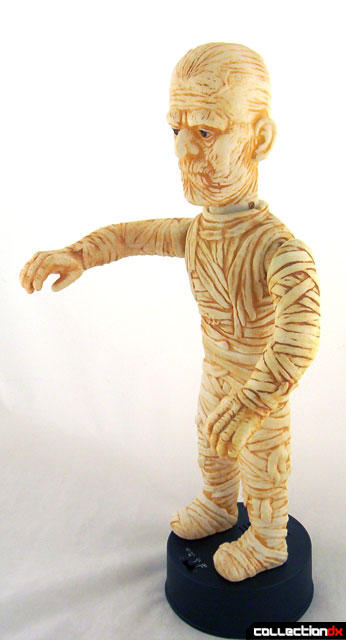 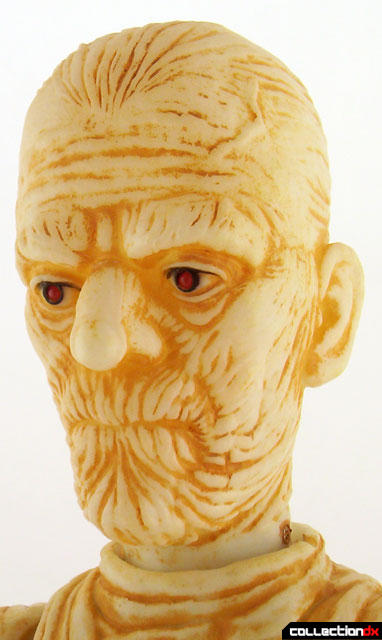 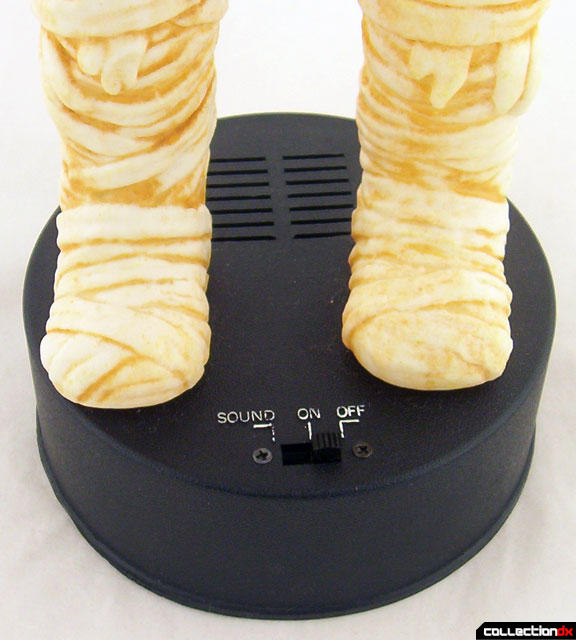 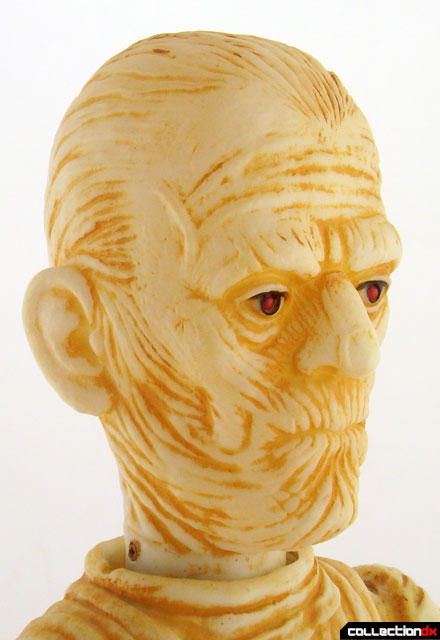 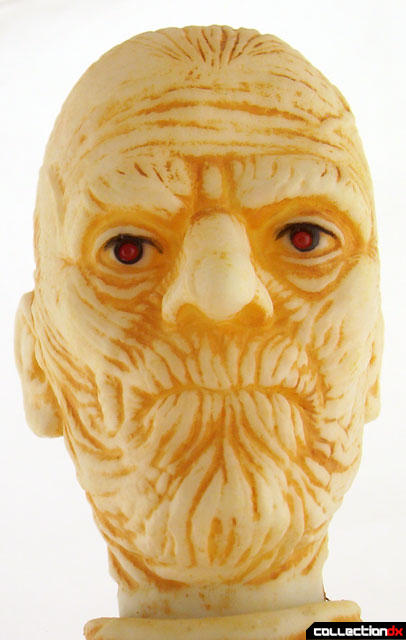