This is going to be one of those reviews that isn't so much of a review, rather a placeholder to say that this toy exists. I got this toy in a big box of toys that had been obviously played with by a Japanese kid sometime in the early 90s. With each piece there is kind of a feeling of history - these were toys that a child played with - possibly loved. 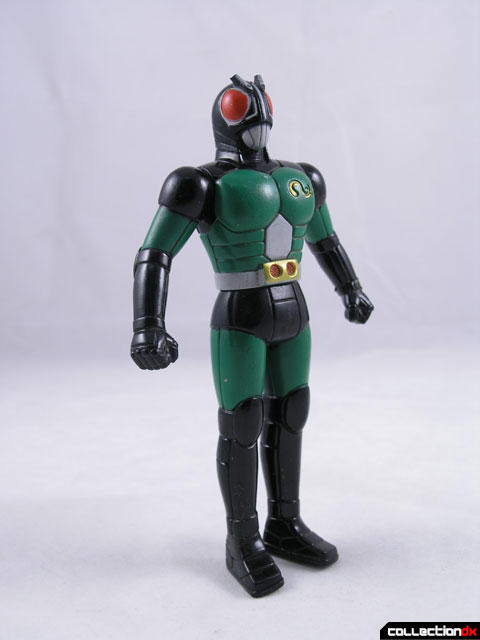 Kamen Rider BLACK RX (仮面ライダーＢＬＡＣＫ ＲＸ) comes from the show of the same name, which aired on Japanese television from 1988 - 1989. The notable thing about this show, as far as the US is concerned, is that SABAN imported this series as Masked Rider in the USA. Unfortunately, the show was a flop.

This is just one in a series of low-cost toys Bandai issues in the Rider Hero series. Each toy has similar packaging and proportions, making for a nice collection if you get a lot of them. Articulation is limited to the shoulders and waist. 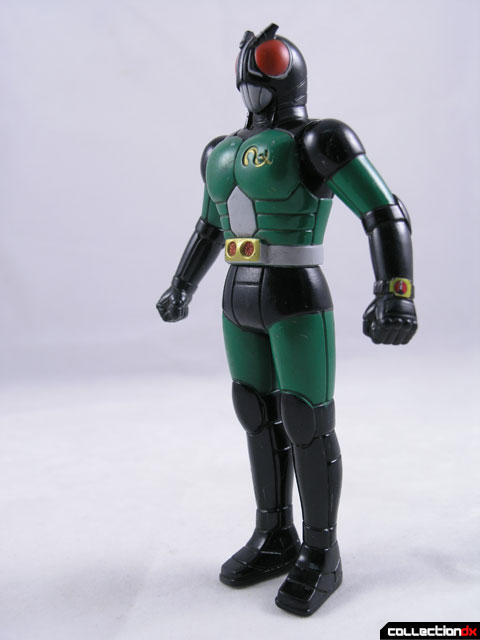 This toy obviously has a lot of play wear, and the antenna are broken off, but that's the price you pay for play. 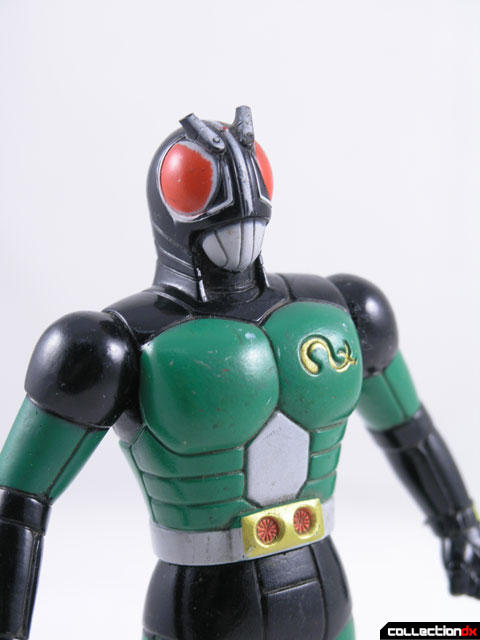 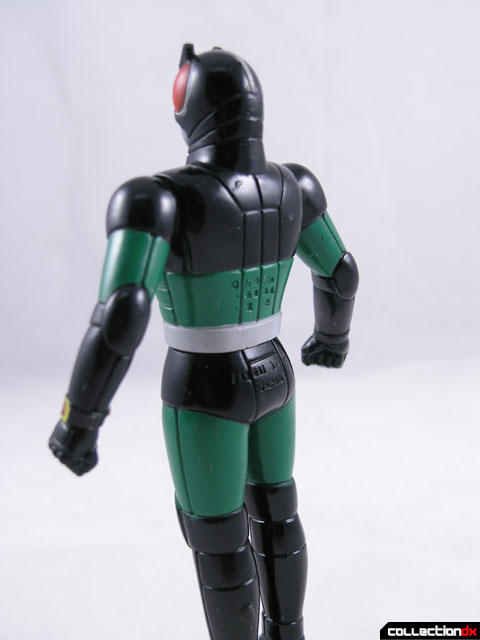 I had no idea that any Kamen Riders at all were ever re-broadcast here. And judging by that clip, I'm glad I missed it. Looks terrible...

Oh- believe me when I say this, NekroDave: it was unspeakably bad. It was like trying to watch- hmm... what's a good example?- "Hannah Montana" but aimed at boys. A lot of phony physical humor, too-cute-for-their-own-good characters (that Furbie wannabe was a good example), Flash Gordon-style cardboard villains, and a sword that shot energy to destroy rather than cut anything.

I said this in another reply elsewhere in CDX- I only watched the first two-or-so episodes, but it was just sooo damned horrible that the little I think about it nowadays makes me look like I'm having an epileptic seizure. Only reason I watched was for the fighting footage, and- as has been pointed out by others who stayed with it longer than me- the editing of the Kamen Rider footage was most unprofessional. Power Rangers, even at its worst (ex: Turbo, Operation Overdrive) was better than "Saban's Masked Rider". And, arguably, VR Troopers was better.
------------------------------
CollectionDX Staff

Review this same toy. I snag it very cheap form a flea market.