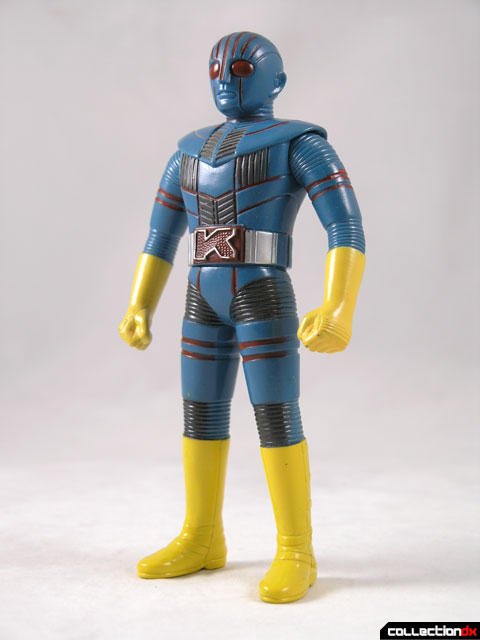 This figure is part of Bandai’s Henshin Hero Series of vinyl figures. These were a low-cost line of hero figures that were sold on shelves at toy stores in the 90s. 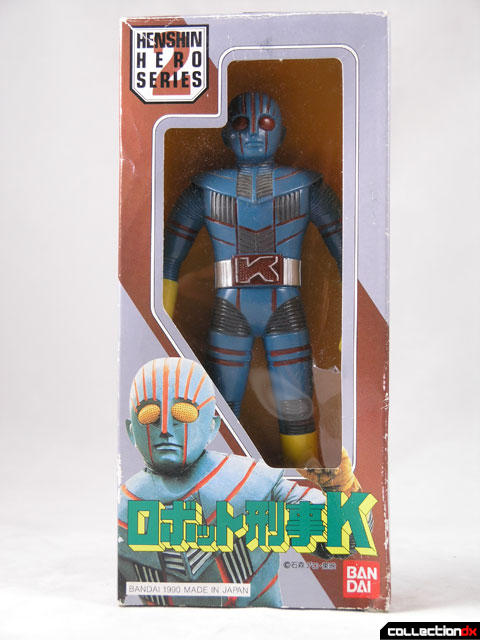 The figure is a simple 6” vinyl representation of the character. Articulation is limited to The arms and waist. 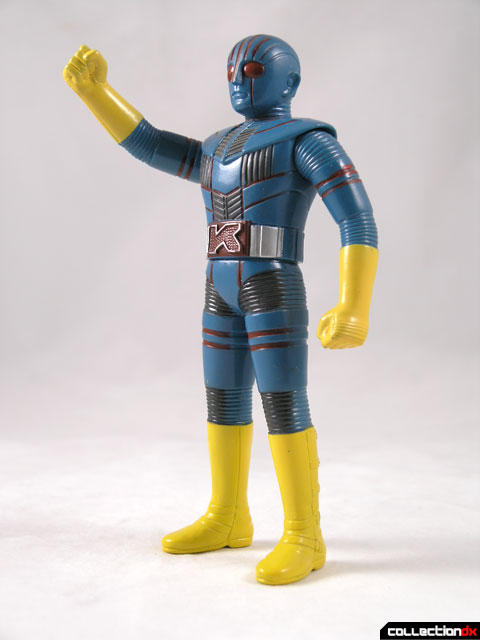 I’ve always associated Robot Keiji K with wearing a swanky red blazer and a cap, but this version shows him in his fighting form. 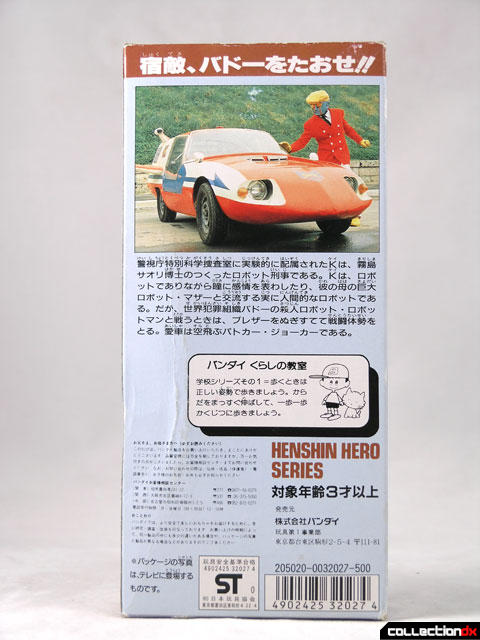