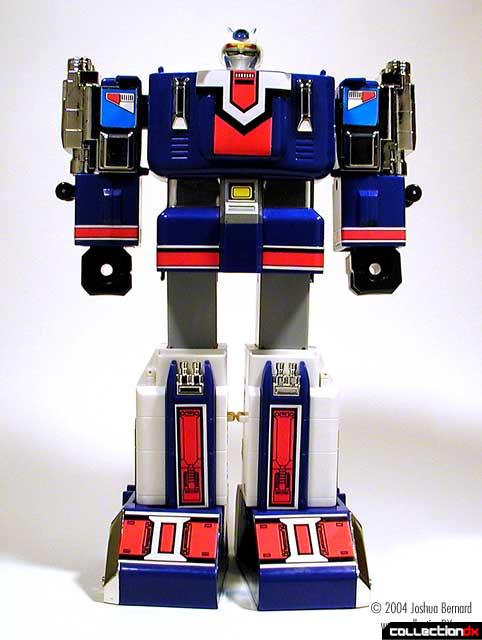 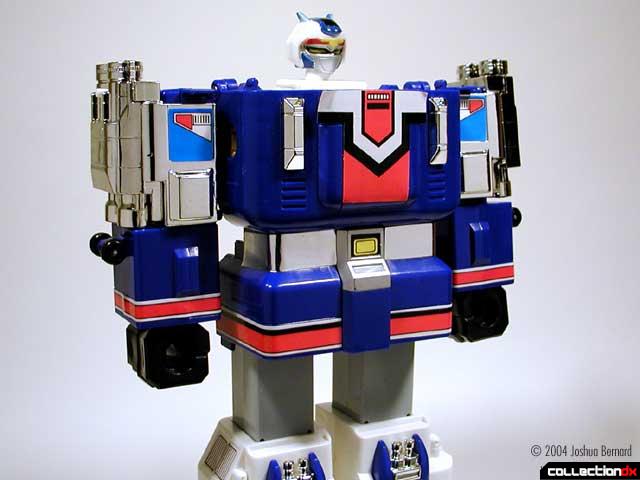 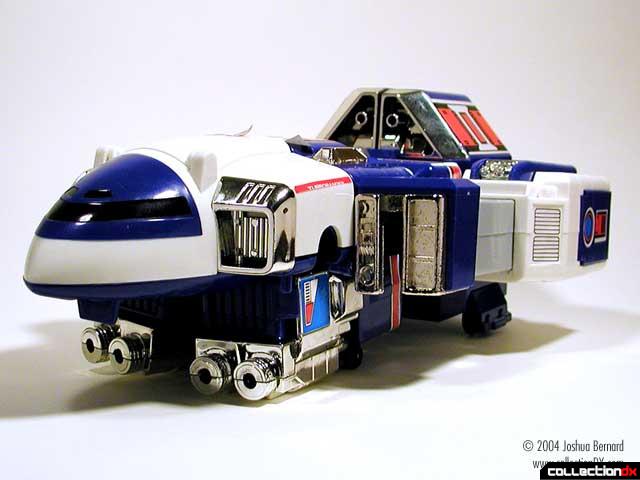 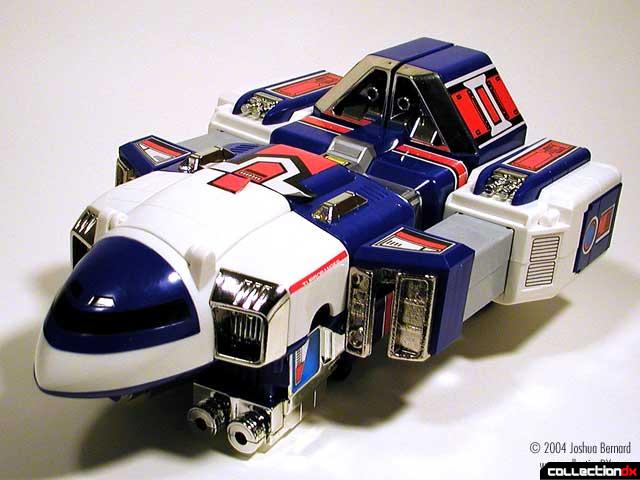 Turbo Rugger can transform into Rugger Fighter, a spaceship. It's made almost entirely of plastic, And has to be taken apart to transform. He comes with two shoulder cannons, called Big Rugger Guns, that fire yellow missiles (not shown). 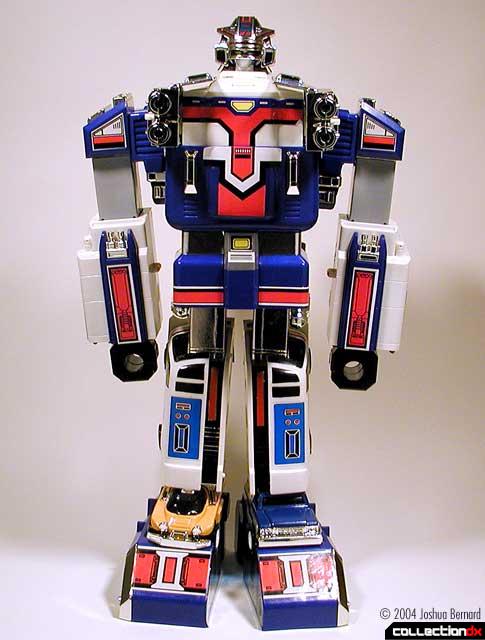 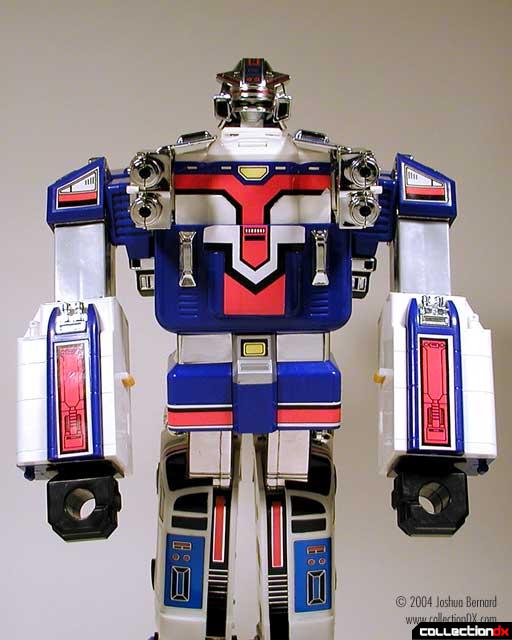 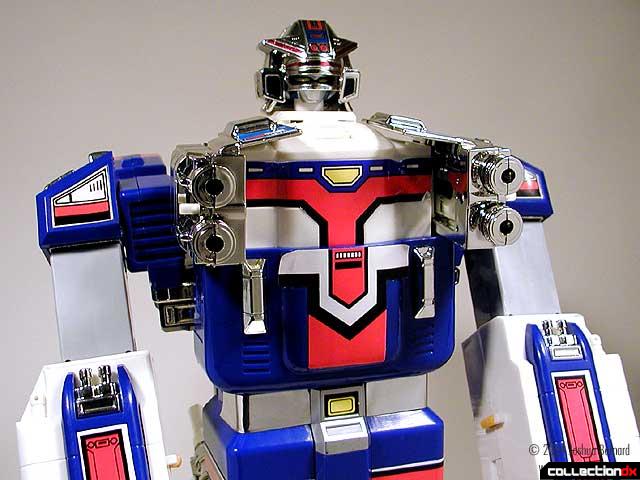 Turbo Rugger is not much on its own, but what makes it special is its combination with Turbo Robo to form Super Turbo Robo.