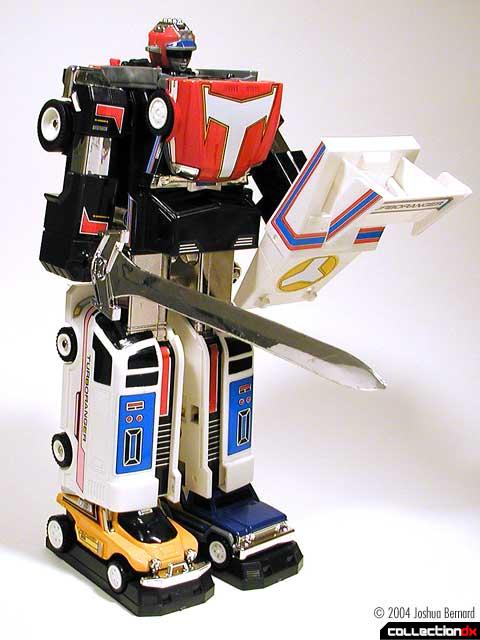 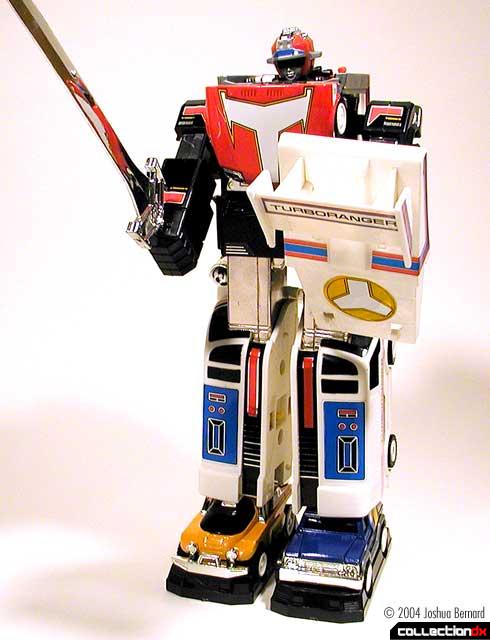 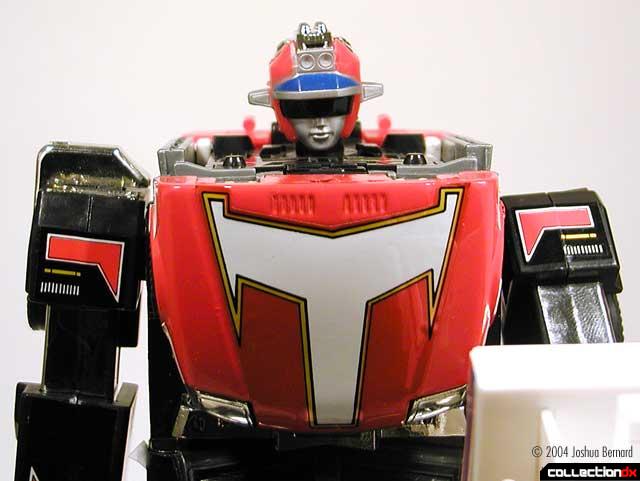 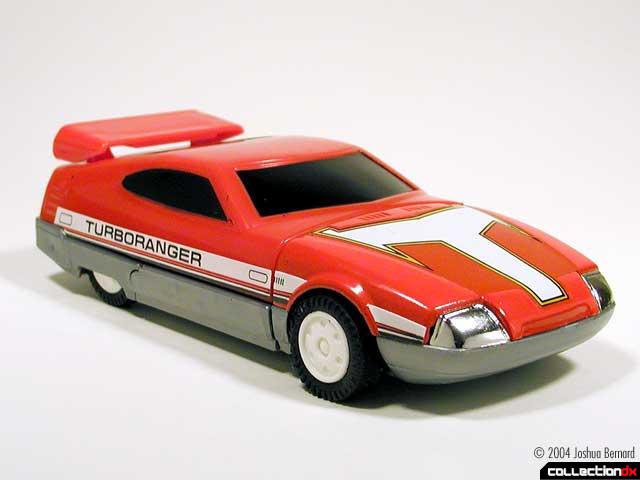 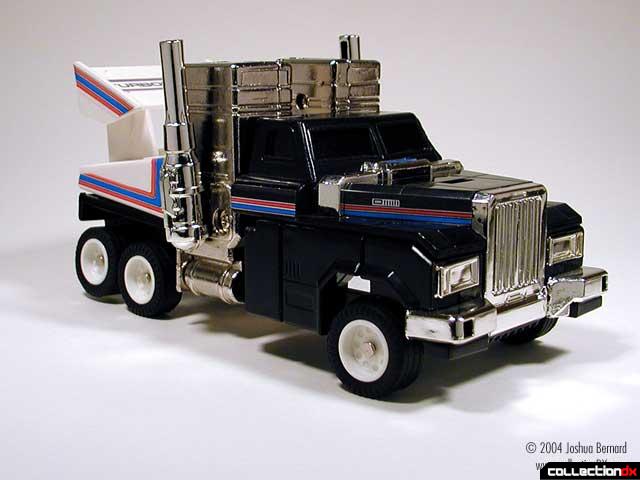 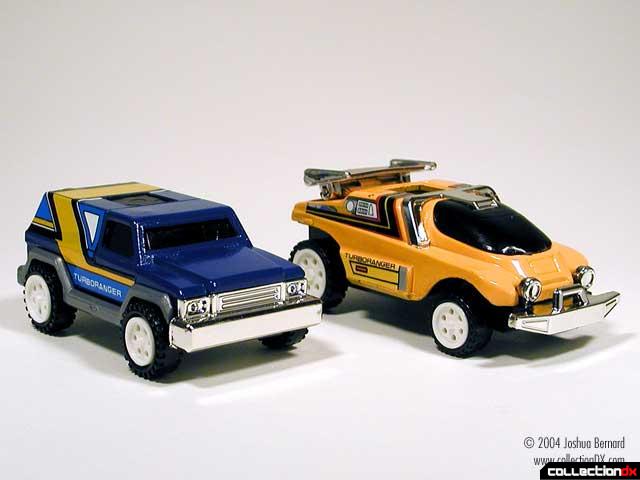 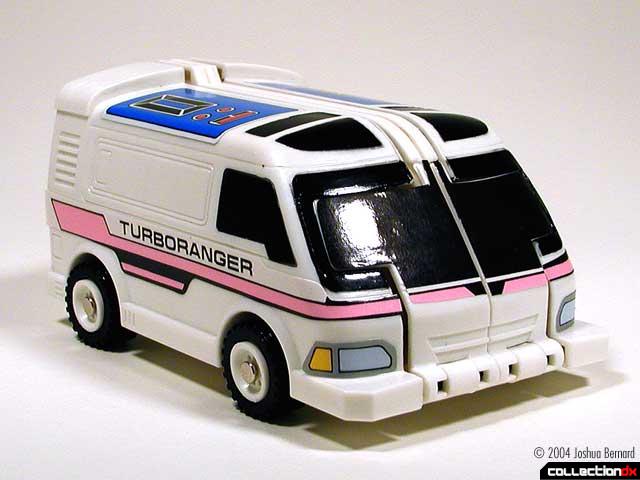 Turbo Robo comes with a sword (High Speed Sword), cannons (Turbo Cannons) and a shield. The cannons come from the smokestacks of the truck, and the shield from the trucks spoiler.

This is one of the easier sentai robots to assemble. It is solid and well proportioned, but there are a few things that could have been improved. For one, the feet require two base plates that have no place to go when not in robot mode. These keep Turbo Robo from rolling away. The heavy metal legs of Turbo Truck are too heavy for the plastic joints, and tend to break. Also, the head on my Turbo GT is crooked. I may have gotten a bad version of the toy, but it is still worth noting.