Cindersaur (along with his fellows Flamefeather and Sparkstalker) were special Decepticons known as "Firecons." Their gimmick was that they would shoot sparks out of their mouths when you roll a wheel on their bellies. The mechanism inside contained flint and to this day I do not know how to replace it. 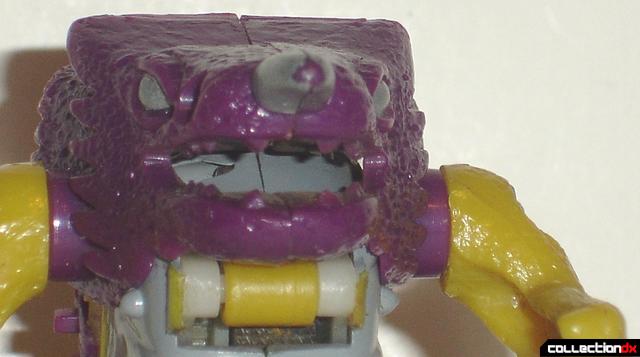 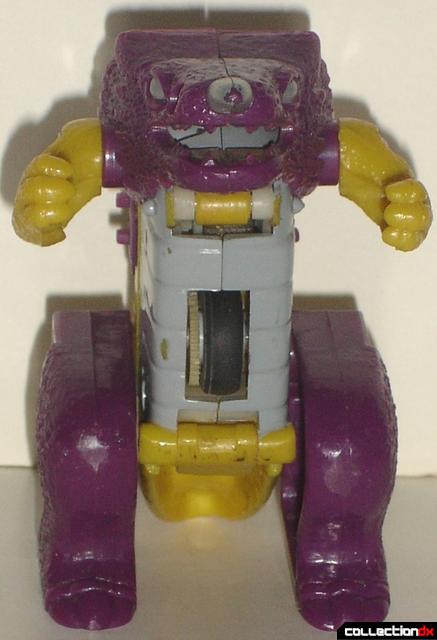 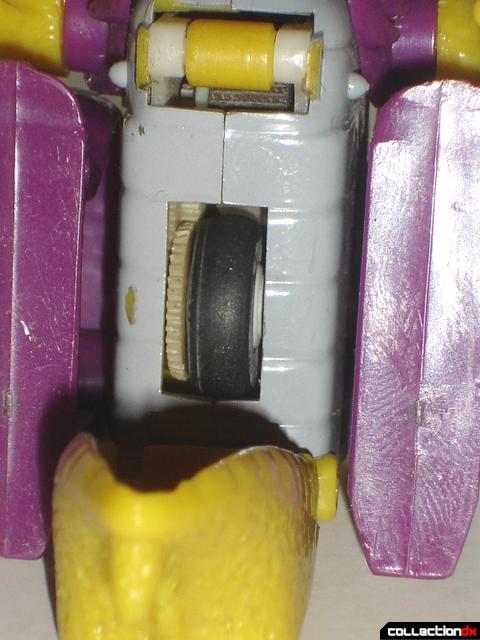 His beast mode really reminds me of Toho's Baragon, whose suit was used numerous times in several Ultraman shows as different monsters. 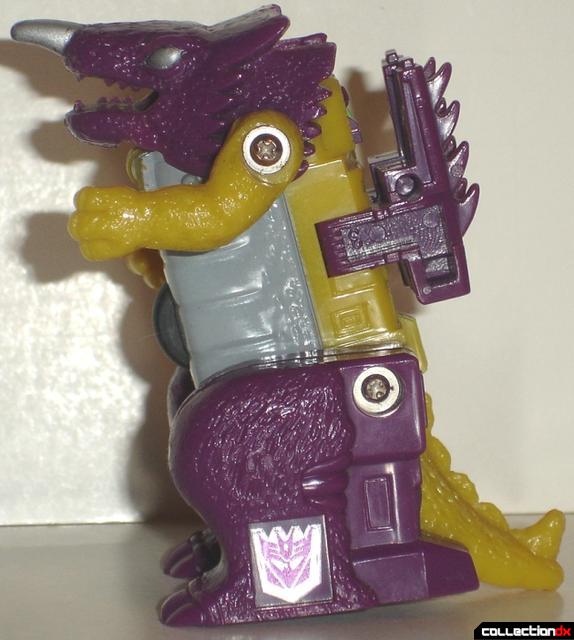 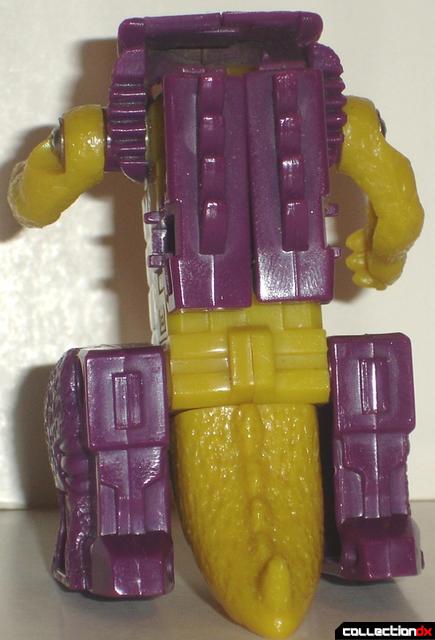 He's a very simple figure. In beast mode he has 5 points ofarticulation. (Head, ams, legs, and tail) For somewhat of a third mode, you pull his head all the way up and roll him on his stomach. The instructions say that this is another way to activate his sparking gimmick. 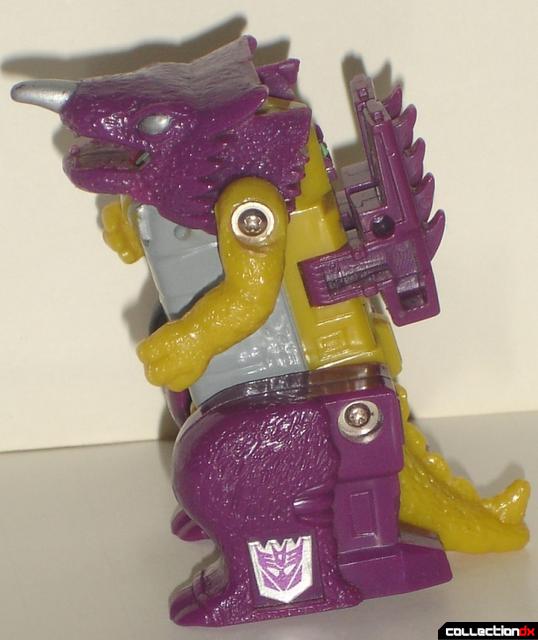 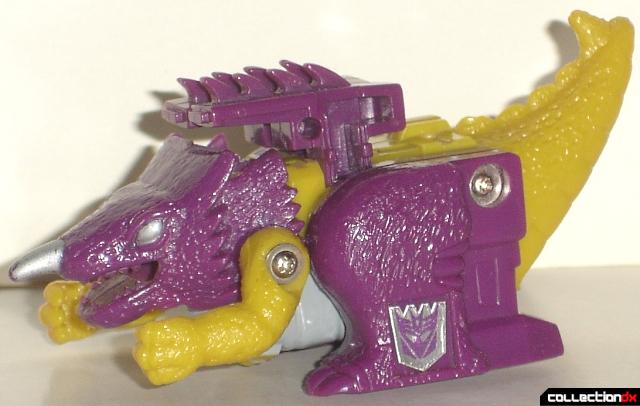 Transformation to robot mode is so easy you can do it in the dark.Stand him all the way up, pull his head down, flip his tail back, and split the spiky section on his back in half, and you're done. Cindersaur only has leg articulation in this mode so yes, he is a brick. A very detailed one though. 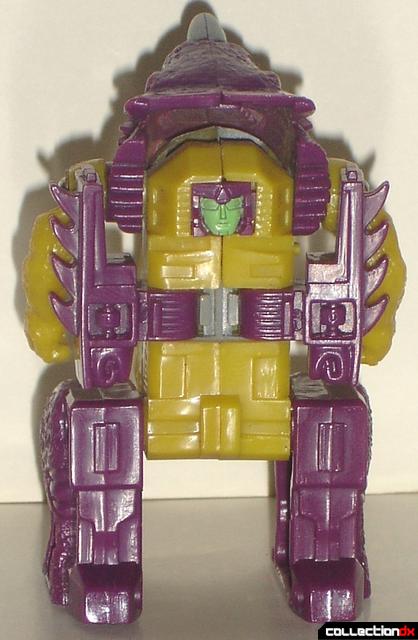 I like how he has vents molded into his head and abdominal region. He's a fire-breather so you have to make sure he doesn't overheat and melts down. 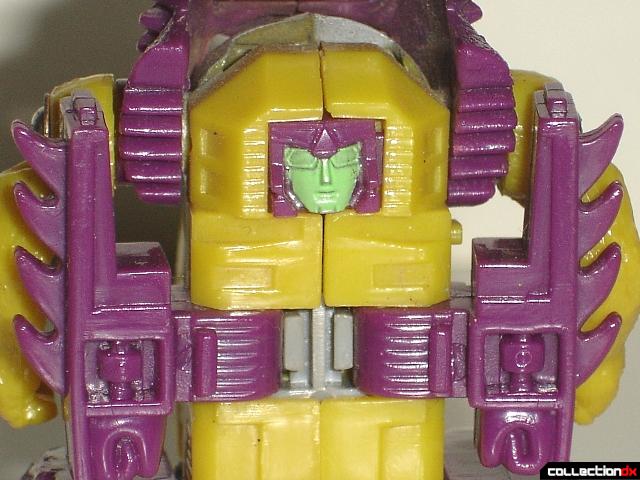 A small simple brick so he might not be everyone's cup of tea. As for me, I think he looks good sitting on my shelf. The most I've seen him and his comrades go for is $12, but I've also seen them go for much less. It won't be hard to get all three of them. Just don't expect the sparking gimmick to work due to age and PLEASE do not pay too much whenever you do happen to see them online. 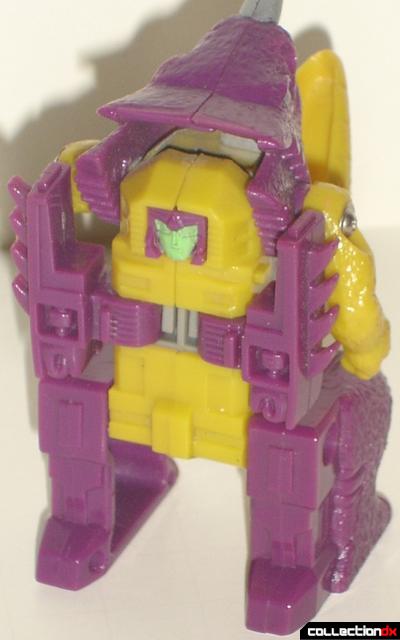