Flybot is one of those robots that people had but couldn't really tell where it fit in. Was it a real release or a cheap knockoff?

In Japan, Flybot began its life as Jet Heli (ジェットヘリ) as part of the Winch Robo (ウインチロボ) line, an unoffical offshoot of the Machine Robo line. This blue jet helicopter robot was a larger scale and relied on its electronic winch gimmick, enough to separate it from the main line.

In Europe it was included in the Robo Machine line, Bandai's Machine Robo line repackaged for a western audience. In the US, however, this version was omitted from Tonka's GoBots line. Instead, Mattel picked up the two entries in the Winch Robo line and released them as PowerBots.

The story doesn't end there. There's a separate but similar toy using the same technology and construction. Bandai took Jet Heli and re-tooled it as Battle Gyror. That toy later on WAS imported as part of the Gobots line as Twister, one of the Secret Riders.

Those not familiar with Gobot lore may have glossed over some of that. It's ok, really. We're here to talk about the toy.

The box is big and bright, and much unlike either Transformers or Gobots. The simple art really makes it seem as if it was squarely targeted at the younger set, possibly due to its simple transformation. 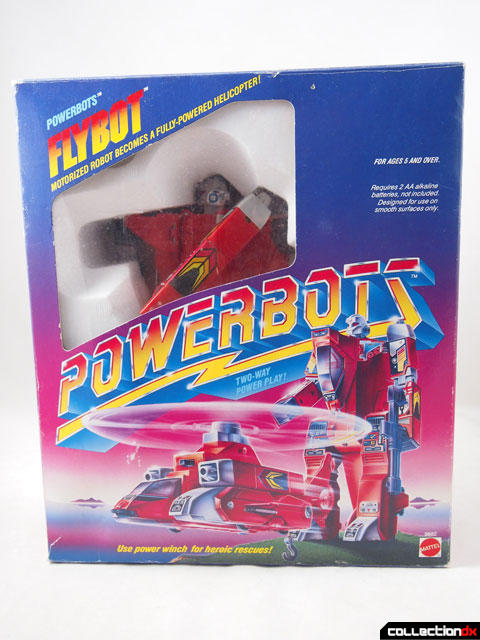 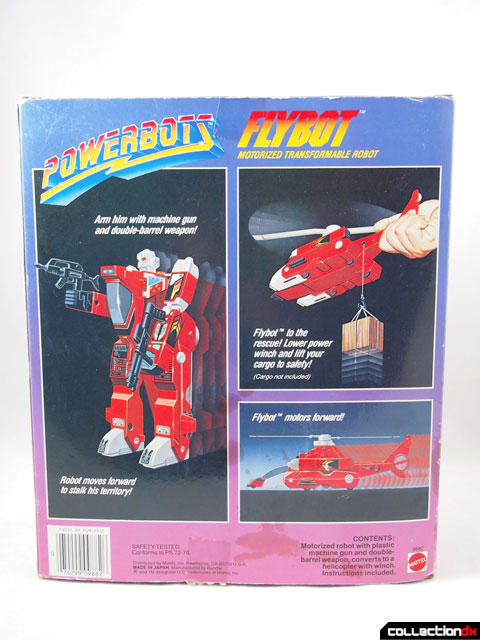 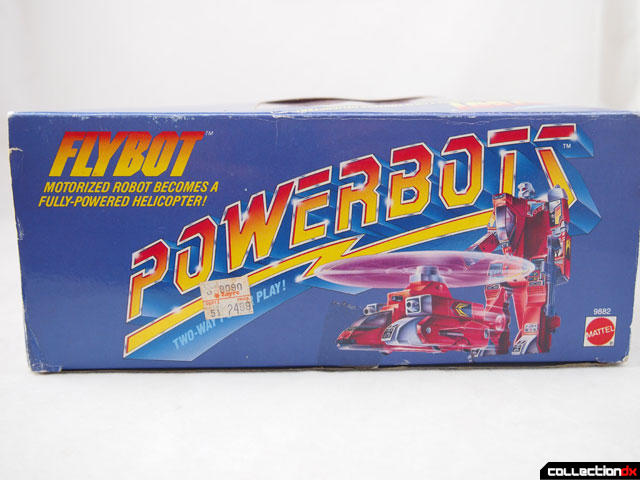 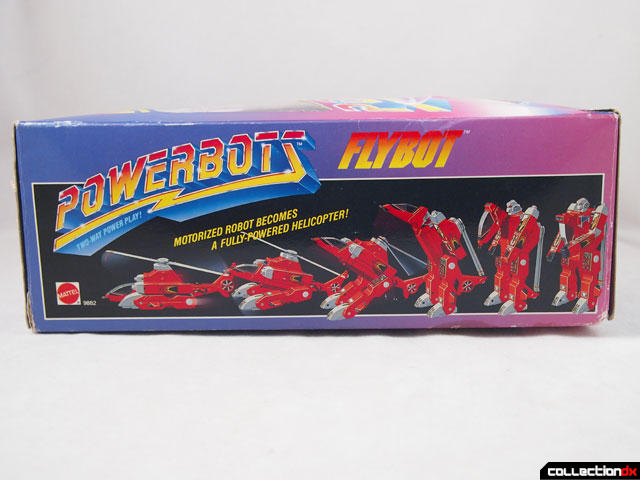 First up we have helicopter mode. The toy is blocky and simple but has a distinct PLEX feel to it. In this mode you can see the armaments on the nose and under the wings. 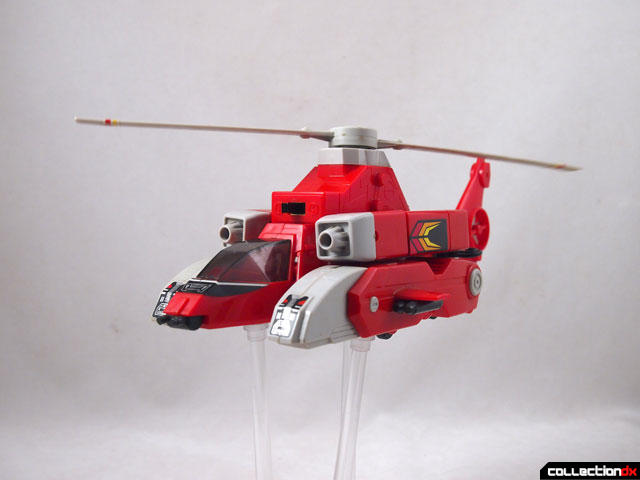 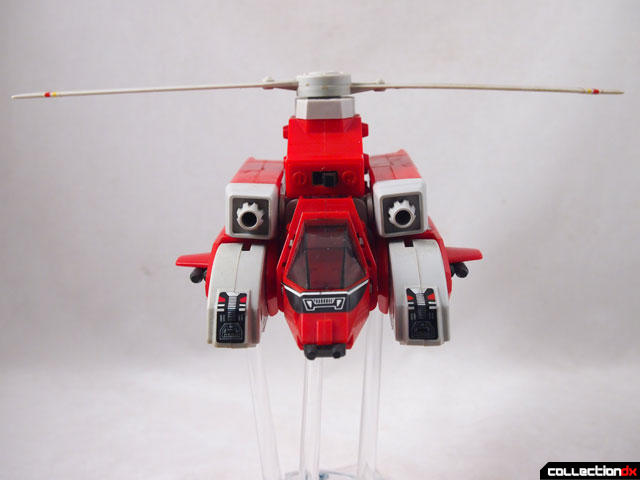 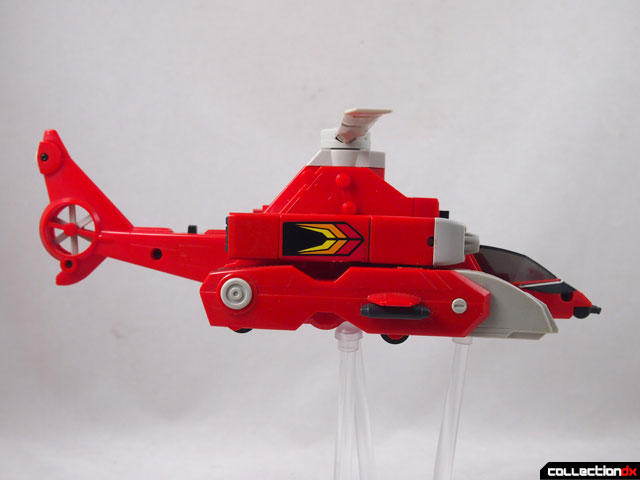 The main gimmick is the motorized action which controls the winch, the propeller, and the wheels. Power is activated with the switch on the front, and then the direction is controlled by the switch on the back.

All the actions go on at once. Propeller spins, hook raises and lowers, motorized wheels roll. 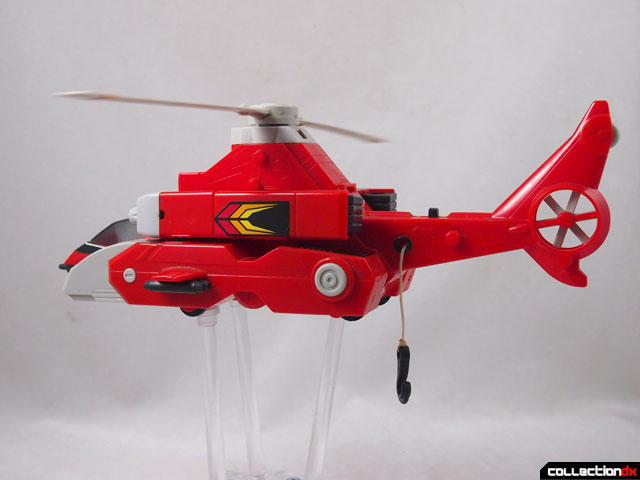 Bend the legs down and you get a half-assed gerwalk mode. 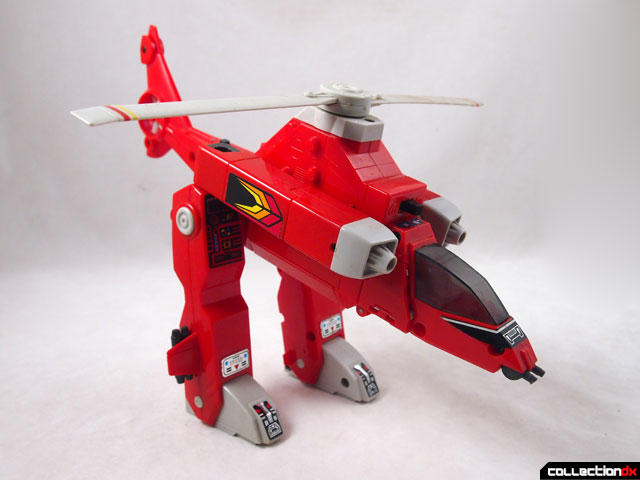 The full robot mode is easy to acheive. Flip down the legs, fold up the feet, swing down the arms, and flip down the cockpit. 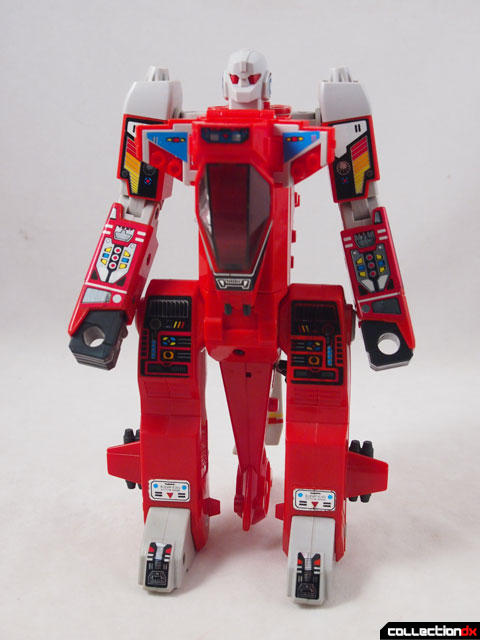 Articulation is limited to the shoulders and elbows. 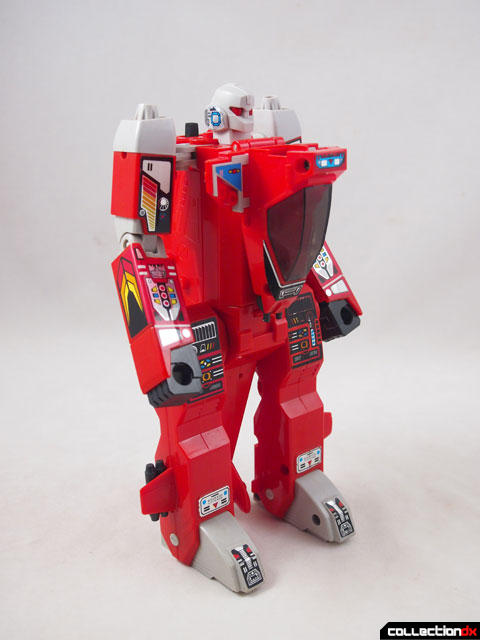 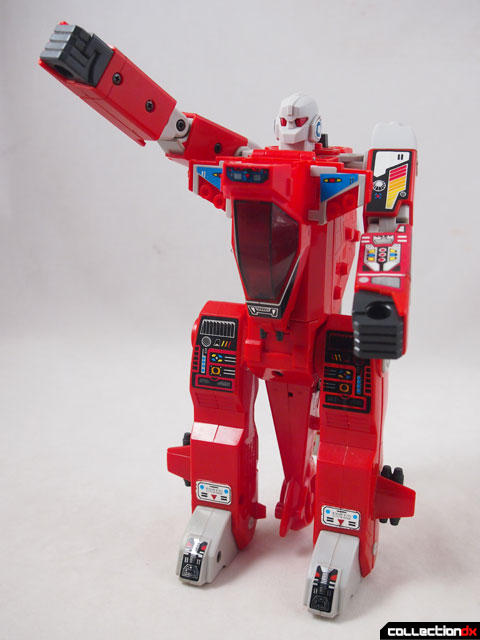 Two guns come with the set that barely fit in the hands. I'm missing one, unfortunately. 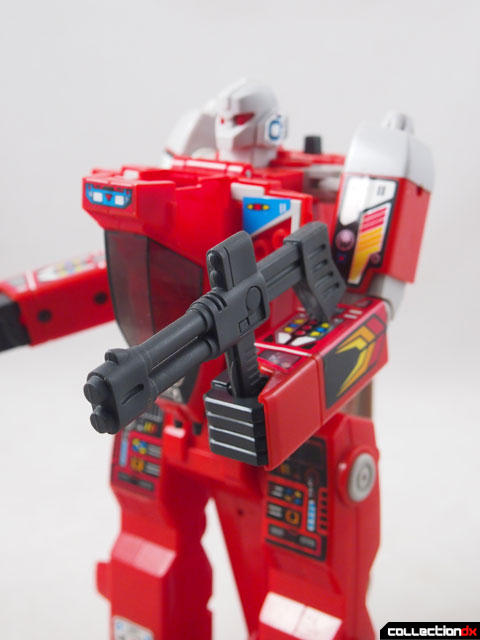 In robot mode, he's got motorized walking action. The propeller and winch are disengaged. 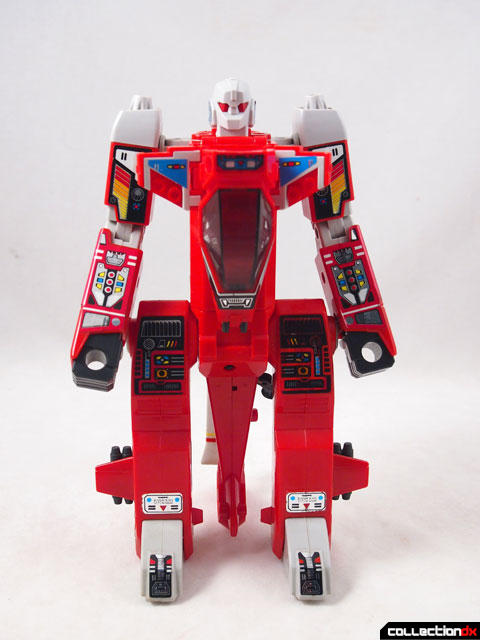 He's just cool looking - big and blocky and full of 80's robot design aesthetic. He blends in with your other Gobots. After all, he's practically family.