Dr. Derek Bright is one of those heroic scientist adventurers. 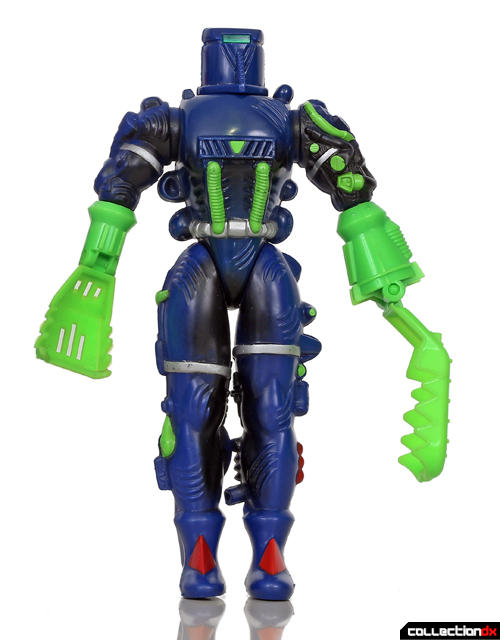 All of the human characters wear these strange, oddly proportioned protective suits, crafted from a heavy, rubbery plastic.

In lieu of any practical grasping tools, Bright has these huge hinged basket-claw things, presumably for harvesting geological specimens. They are nightmarish and impractical.

Bright's suit is pure bondage Steampunk, with bio-mechanical valves, gaskets and tubing. His front is more restrained, but his back is a tangle of parts. 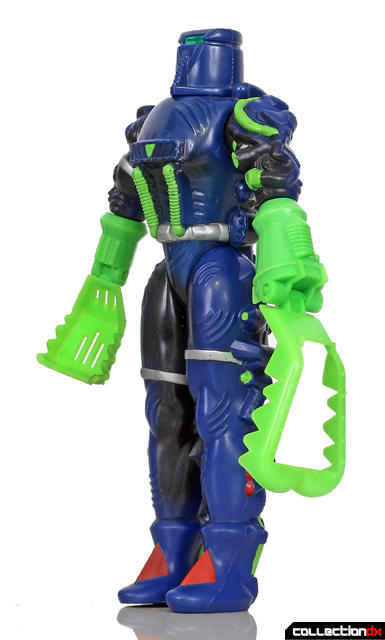 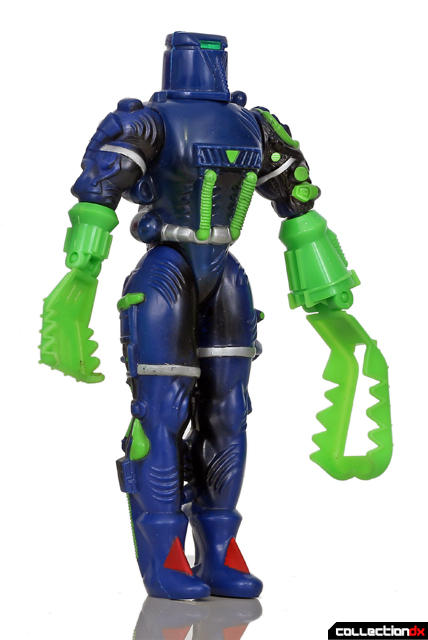 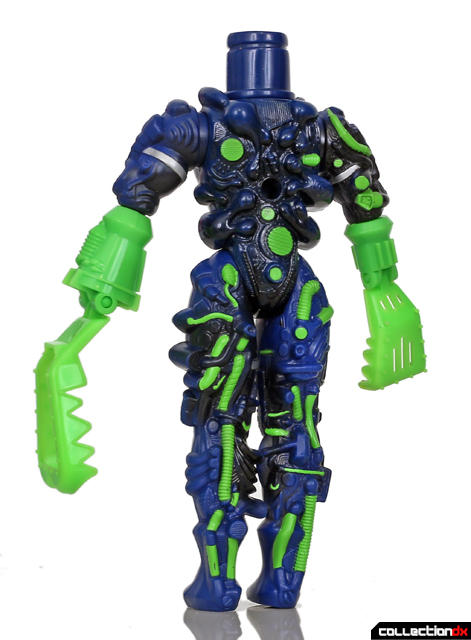 The sculpt is engrossing, really special for the era. 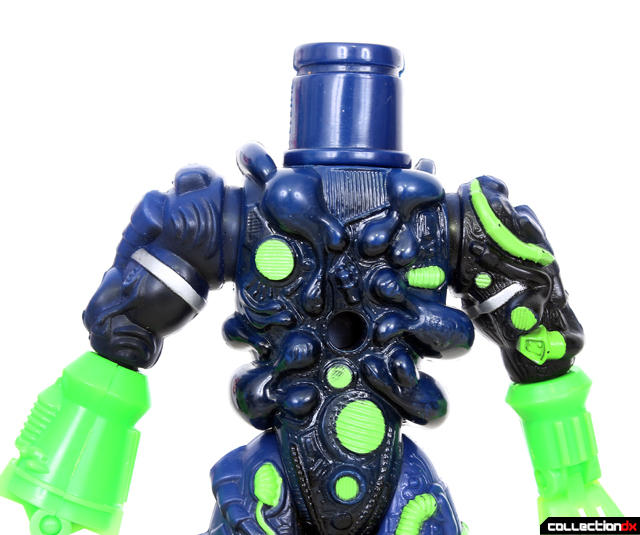 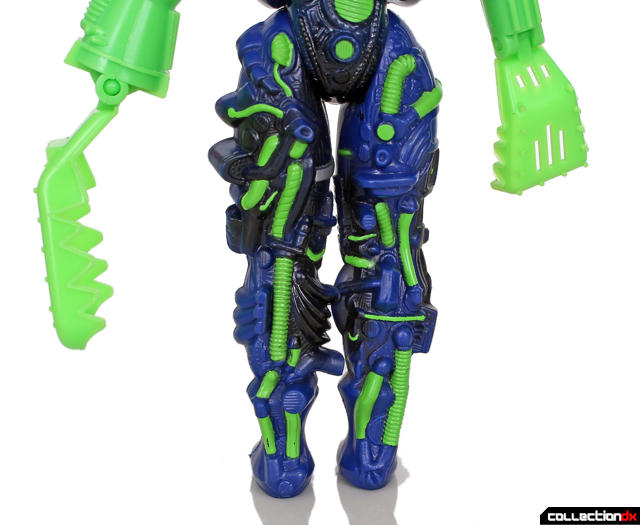 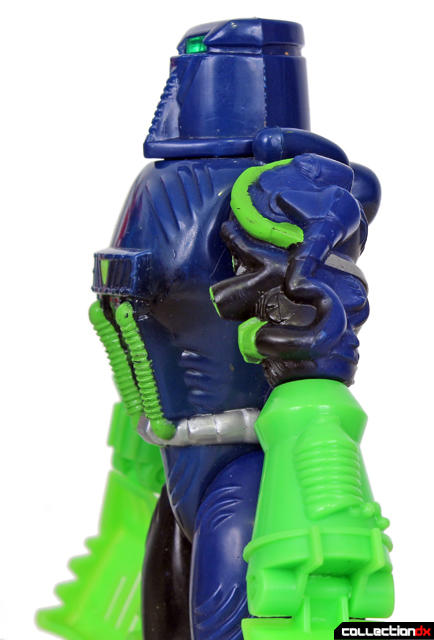 With such a sinister outfit, the twisted monster within must be quite a sight. 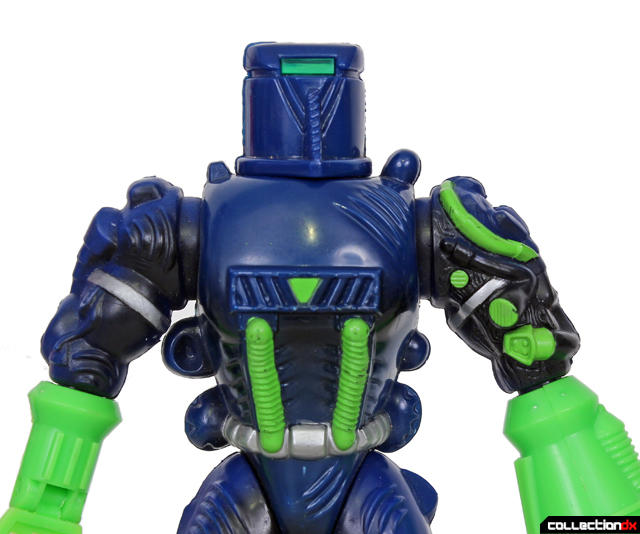 Let's remove his helmet (complete with a neat but barely functioning light pipe). Nope, it's a grinning, avuncular doofus! Hey Dr. Bright! Weird goddamned lab suit you got there! 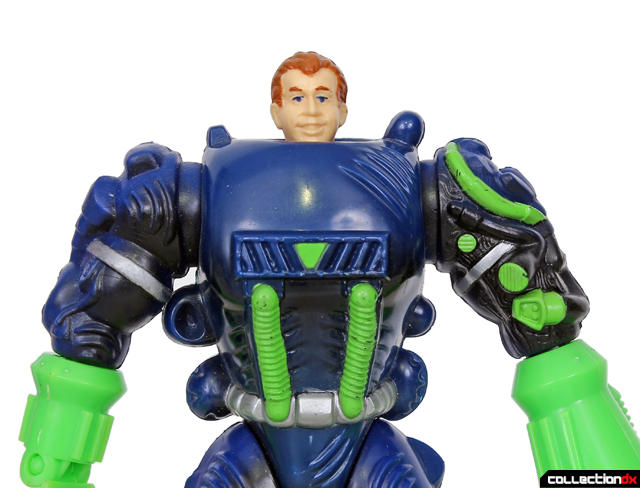 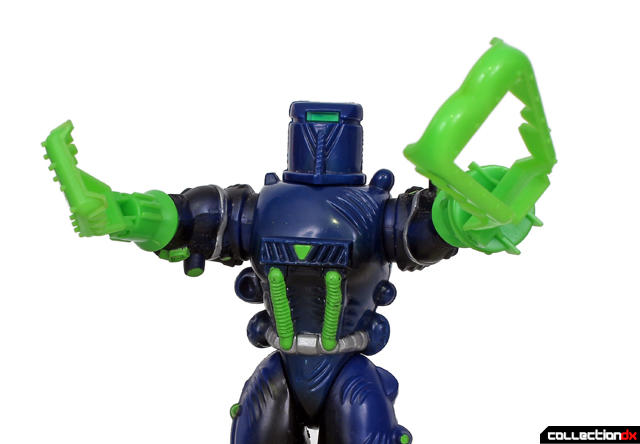 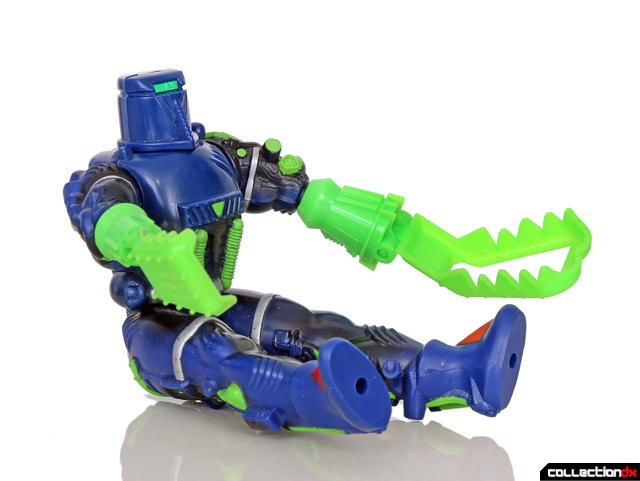 The weirdness of this design is really arresting, very similar to the Power Lords ethos. Definitely worth checking out if you're into this kind of thing. 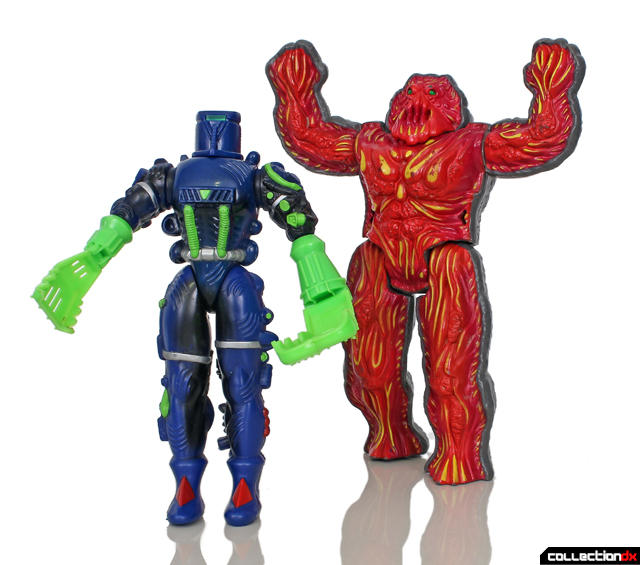 This was before he got hold of SCP-963 and started body-jumping.

I use to love the monster designs in this show, I even made a lego Decompose when I was five.

I never understood why it never took off. I loved the show as a kid. (Well like all 2 episodes) I put it right there with Centurions another line I just don't understand why it didn't click. D-Compose was crazy scary as a kid and the Tendril toy is awesome, like a little green Cthulhu. Great review can't wait till you get to the monsters.