Crackpot, despite the name, is actually one of the Good Rock Lords. He's made out of a rock called Azurite, which is apparently similar in color. The file card lists it as "a mix of violet and gray that's tough enough to resist good-natured kidding."

Crackpot's bio reads as: "Crackpot's name describes his personality-slightly goofy. The other warriors give him a hard time about his crazy notions but Crackpot can think of good ideas that save them from a jam. His magnetic pulse ray "attracts" bad rocks and turns them into magnetic rock heaps!"

Lets face it, he's an ugly dude. He's one of the least-appealing designs in the series. 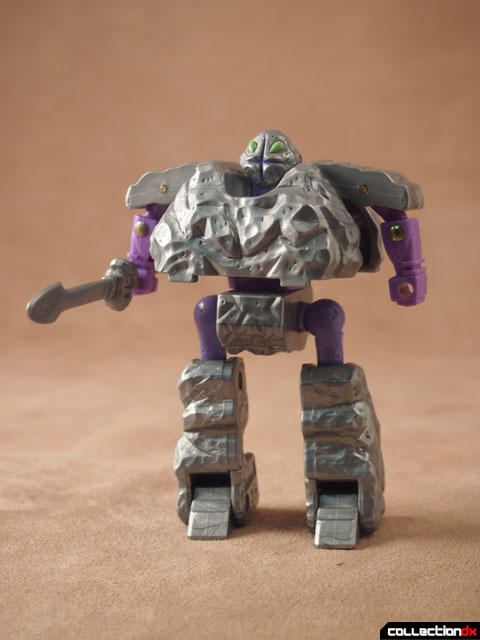 His weapon is called the "Magnetic Pulse Gun", but come on, it's a sword. 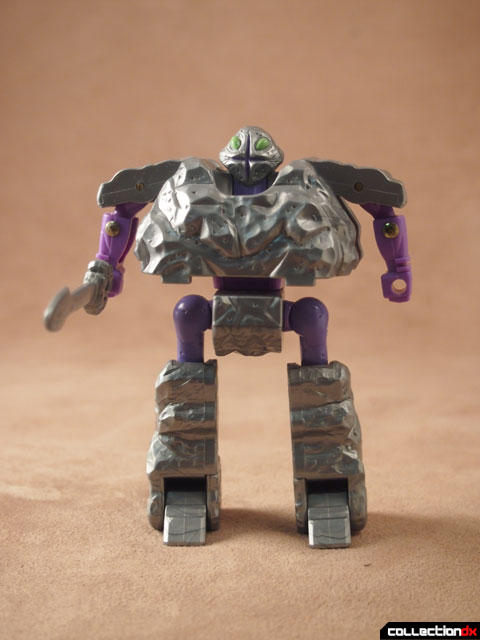 Crackpot is interesting because he's got a swivel waist, and technically has 14 points of articulation. Thing is though that over time he gets very loose and difficult to hold any pose at all. 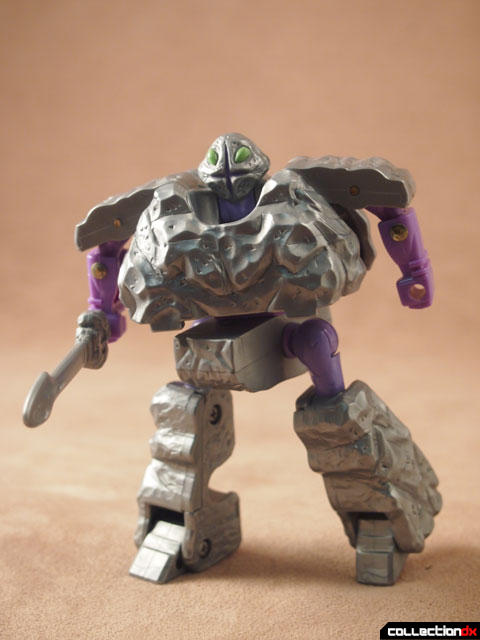 His rock form is actually vaguely rock-shaped. Everything is well hidden. 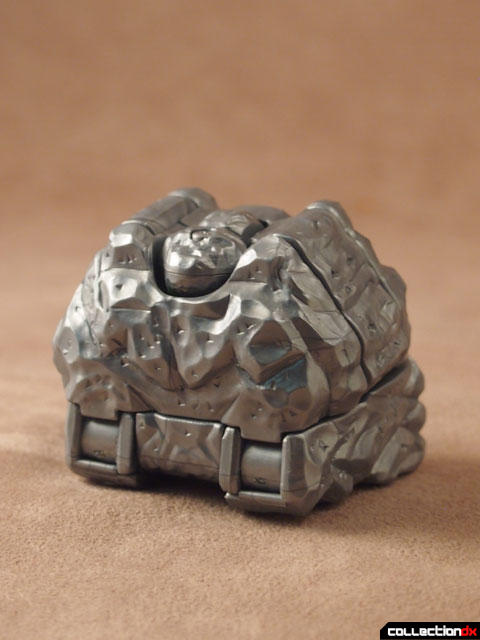 In Japanese, he's known as Crossrock (R-6). The only difference with the Japanese release is the slightly lighter tone of the color of the limbs.

The Machine Robo anime made this guy a kind of wise old man character so him being ugly sorta fits.