Sure, his head might be misshaped and the figure itself not quite in 1:18 scale like his human action figure counterparts but Matchbox’s Robotech Defense Force Britai has since evolved into one of the coolest figures, in a way Matchbox did not intend, since its original release in 1986. 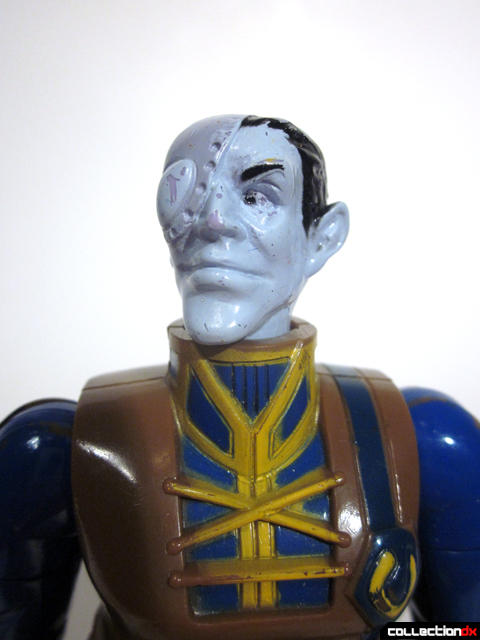 When Matchbox released their Robotech line of action figures in 1986 they opted to release the larger Zentradi figures only a few inches taller than the regular figures when in reality the figure would have to be the same size as real humans to be anime accurate. 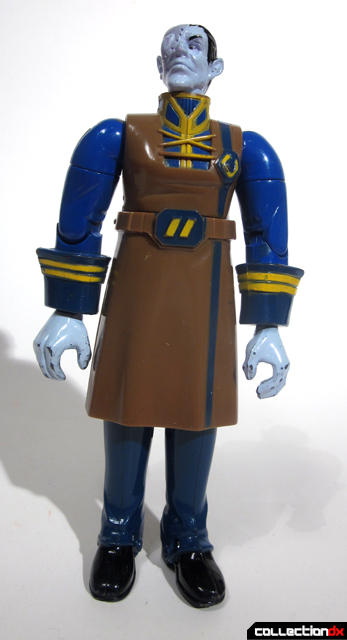 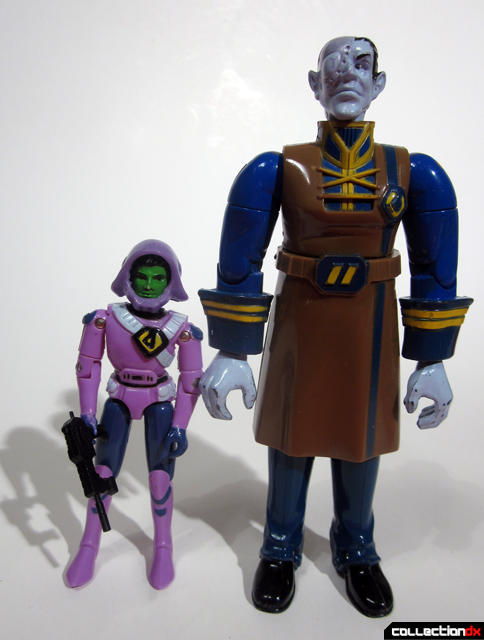 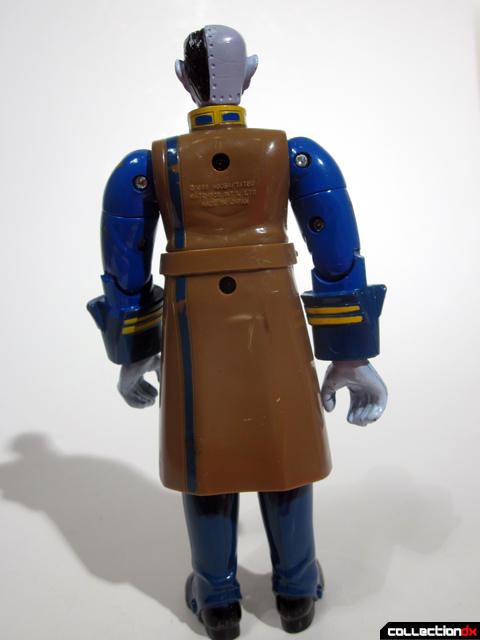 Like many of the Matchbox sculpts Britai’s face sculpt is a bit off, looking more like Boris Karloff on a bad day than Britai in Macross. Britai was a very hefty figure, made with good solid plastic but limited articulation in the legs due to Britai’s long coat. The hands were oversized so you could fit the arms of the smaller figures in his hands. Britai did not come with any weapons. 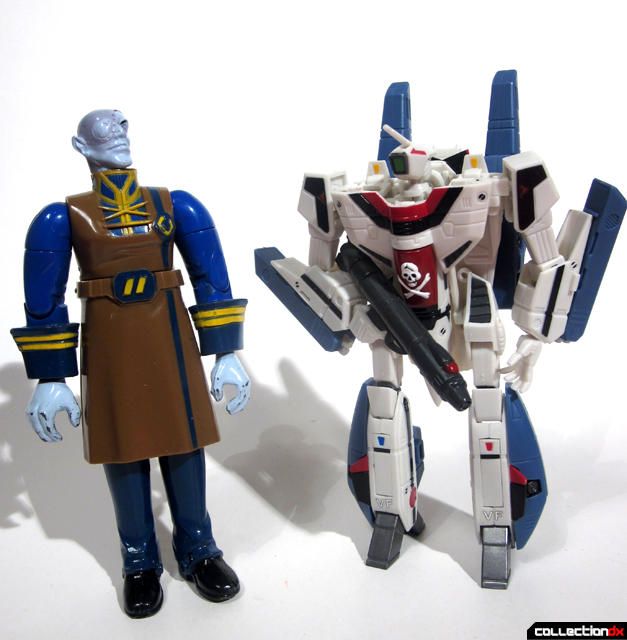 Back in the 1980’s I had no real opinion for or against these larger Zentradi figures but my love for them was cemented a few years ago when Toynami came out with their 1:100 scale VF-1 Valkyries which just happen to be slightly in scale with these old Matchbox “1:18” Robotech Zentradi figures. Pairing up your VF-1J with Britai makes a great display since in Macross he did go toe to toe with the Vermillion squadron in his battle cruiser in one episode. 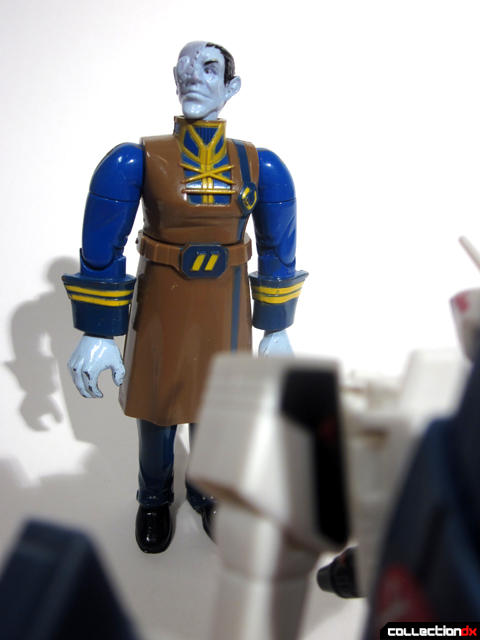 You can still pick up original 1986 Matchbox Britai’s in the package for around $20.00 although the best figure of the entire RDF action figure series the Zentradi sized Armored Zentradi Warrior will be a bit tougher to locate. A fun and inexpensive addition to your Robotech and Macross collection, especially if you own Toynami’s 1:100 VF-1J Valkyrie.