The Gobot named Tux began life in Japan as Limousine Robo in the Machine Robo line. He was then brought to the US by Tonka and renamed Tux, but in his cartoon appearance he was named Stretch.

Originally, Limousine Robo was a black Rolls Royce Limousine, and even appeared briefly in the Revenge of Chronos anime in black. A prototype was made in black, but by the time it came to production, the toy was released in all white. Therefore, the Japanese release is the same as the US release. It's based on an early 80s Rolls-Royce Phantom VI limousine. 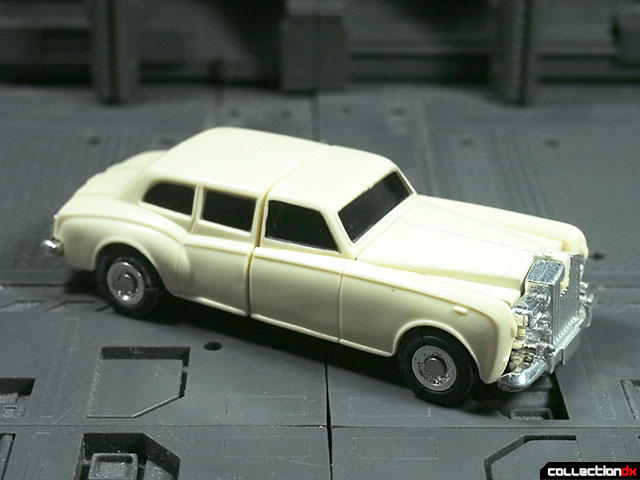 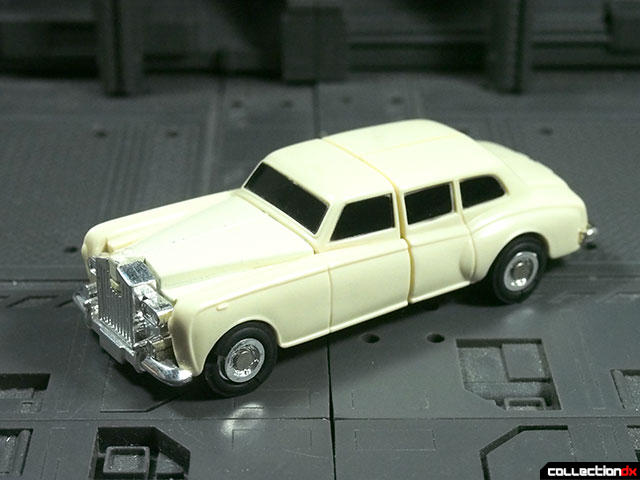 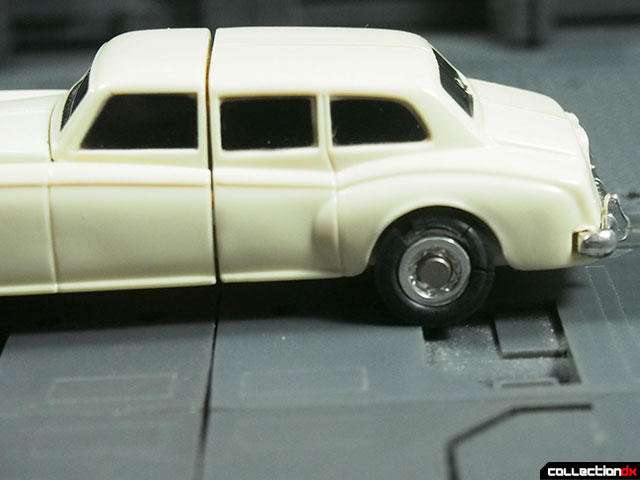 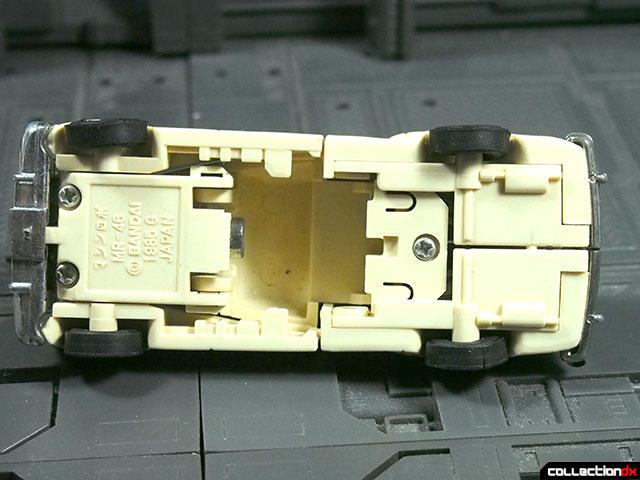 Tux is interesting, not only for its unique transformation, but the fact that he has a freakin' TOP HAT on in robot mode. Does it get any classier than this? 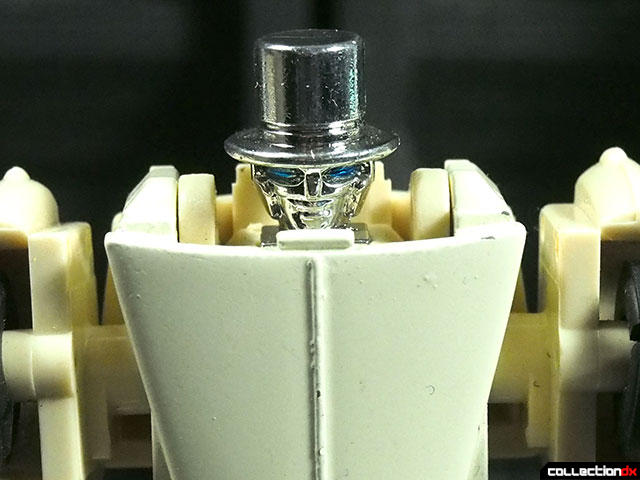 Tux is well proportioned with the hood, legs and rear bumper made out of diecast metal. The tires are rubber, but have begun to crack due to dry rot. 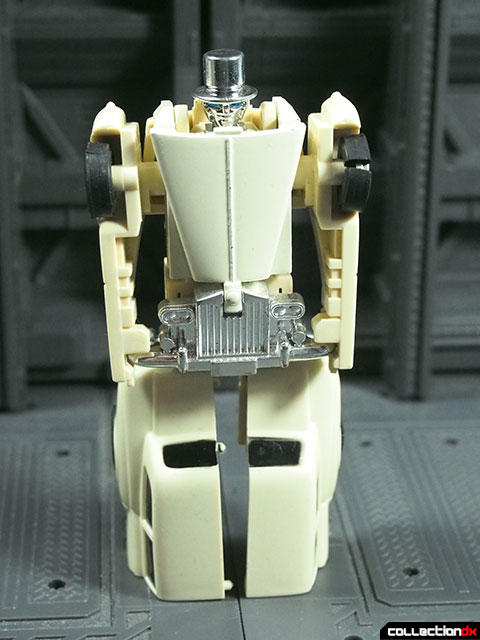 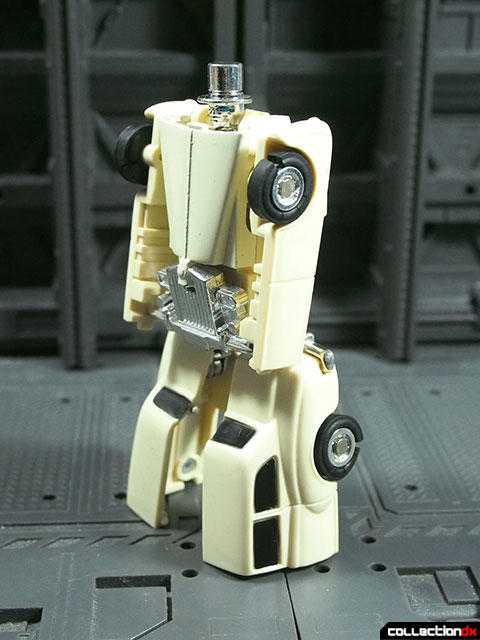 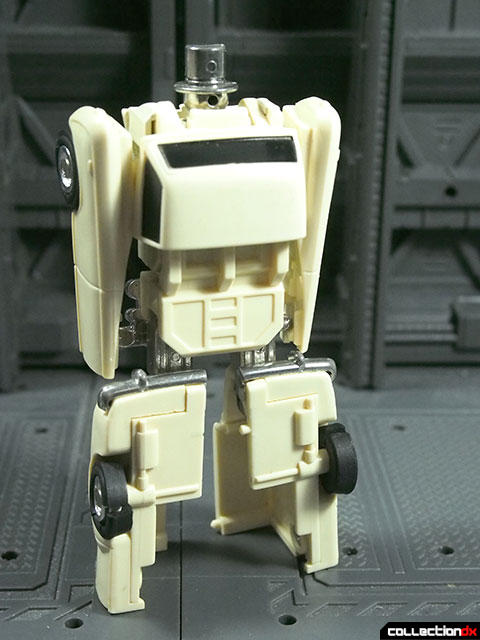 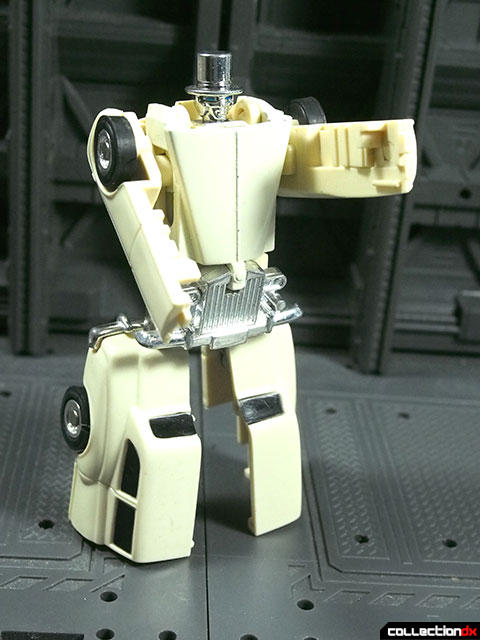 Articulation is only in the arms, but that's par for the course with Gobots. They are simple and fun, and you don't need a PHD to transform them. I'm only about 8 away from the whole Gobots / Machine Robo 600 line and it's been such an amazing journey. 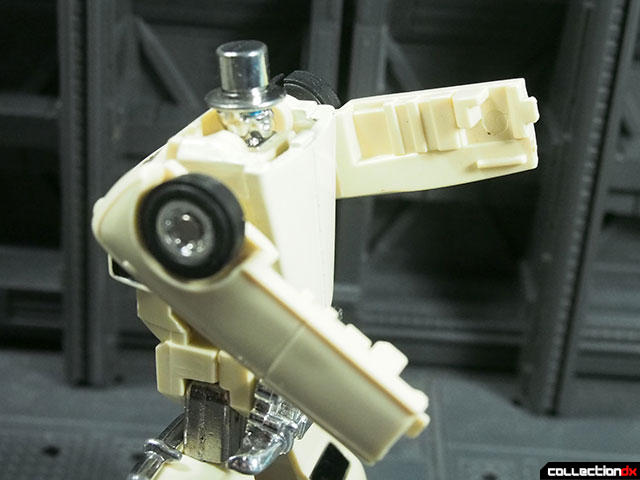 3 comments posted
Will you be reviewing the

Will you be reviewing the remaining Super Gobots as well?

Tux is probably my favorite gobot, he’s great! I’m really glad there’s a review of him!!

Have you (or any reader) ever found a source of replacement tires that fit GoBots? I feel like more often than not the tires are going to be cracked when you find one.