Huffer is the first Transformer I ever saw. I remember it so vividly. I was in 4th grade in 1984 on the playground of my school. It was outdoor recess. I remember seeing a kid with this orange truck and he showed it to me. He then showed me something that would change the course of my life. It changed into a ROBOT. It was more than my little brain could comprehend. I was determined to know more about these wondrous toys. 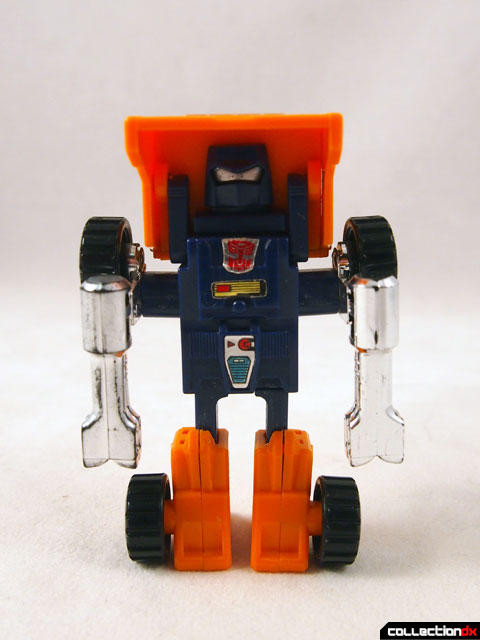 While I discovered Huffer in 1984, he actually began his life a year earlier as part of Takara's Micro Change line, an offshoot of Microman. In that line he only had a number - Mini Car Robo 07 - Truck. In this line, the robots disguised themselves as actual toy cars, hence the toy-like vehicle mode. Also notice the embossed "M" on this and other G1 Minicars. 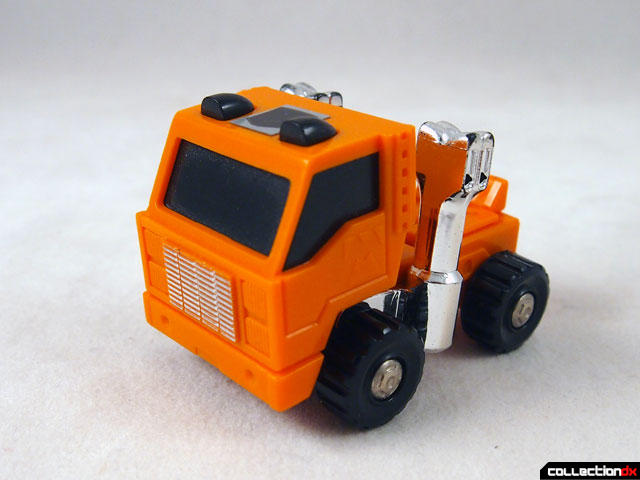 This version of Huffer was released in 1985 - this is when the Transformers toys began replacing faction logos with rub signs. These heat-sensitive decals would tell you which faction your toy belong to (as well as also combating piracy).

Huffer's vehicle mode is a great toy truck. It rolls well and is pretty solid. 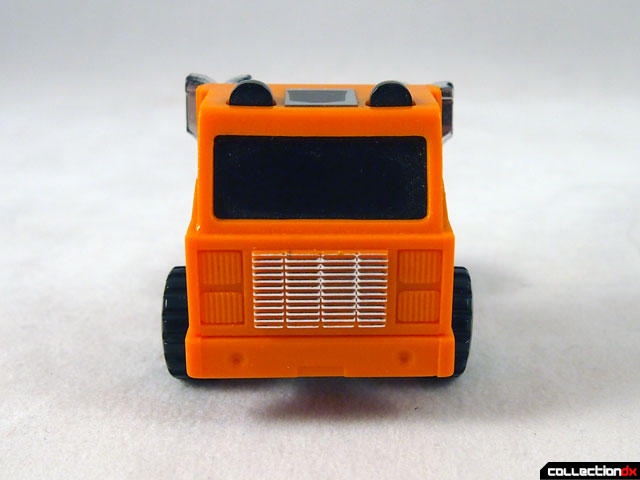 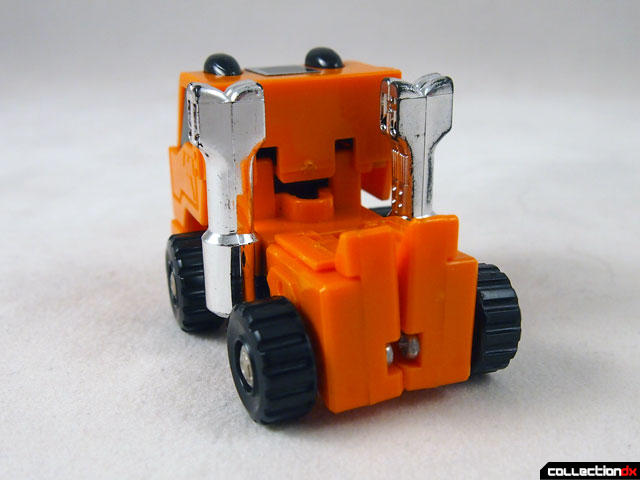 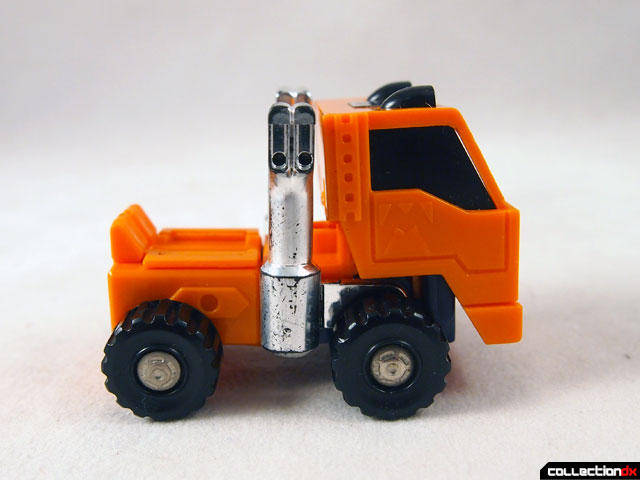 Robot mode was a bit awkward, and of course looked nothing like it's appearance in the cartoon. I never really liked how the arms were angled at the shoulders and that the head was set back so far. What really appealed to me was the color scheme. That blue, orange and chrome was gorgeous. 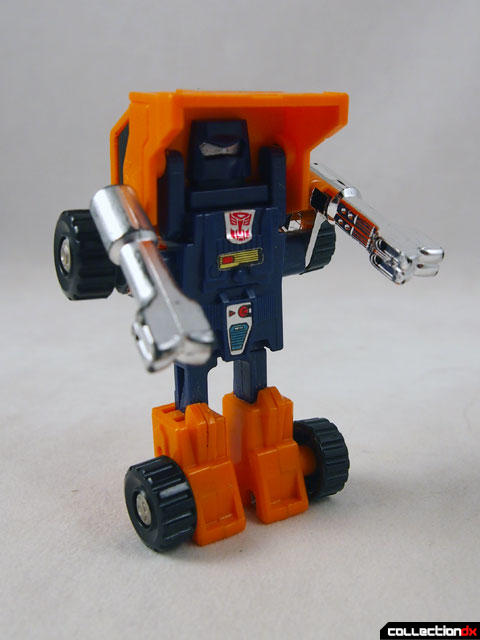 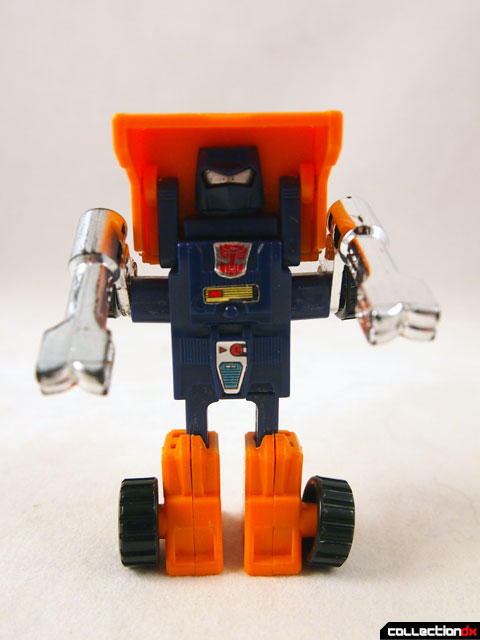 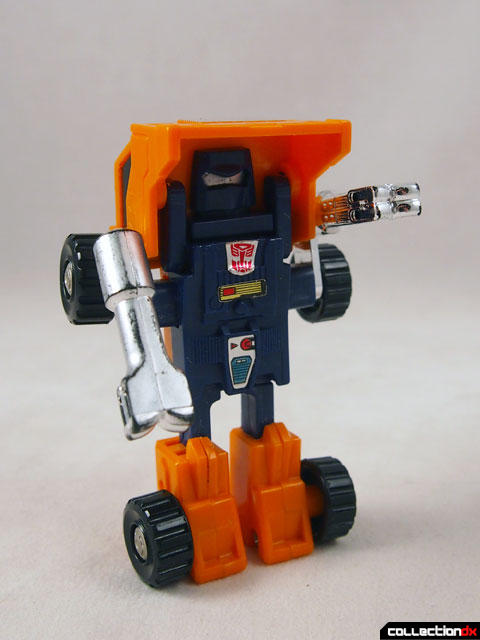