This little Godzilla vinyl was released in 1985 by Imperial and for my money is one of the worst looking Godzilla toys out there. Yet I know some people love it since it was readily available, cheap and most everyone had one at some time or another.

But not me. Nope, I never saw this thing until I was an adult collector and already familiar with the much better toys by M1, Marmit and even Bandai. 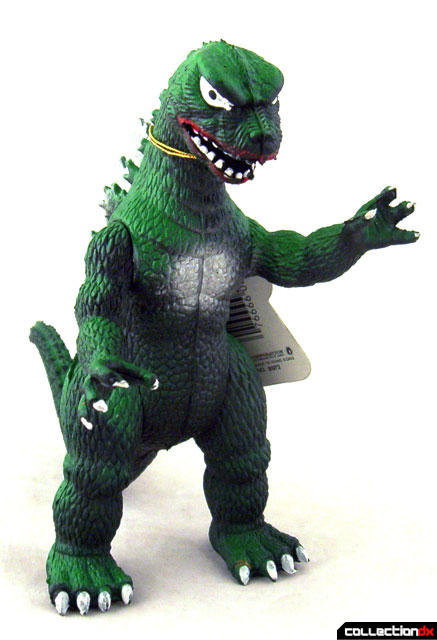 So, why did I buy it now then? Well, the same reason I buy a lot of crap. It was cheap. It was from the same seller I was buying something else from (the Imperial Kong to be specific) so I could combine shipping. And it had the tag. 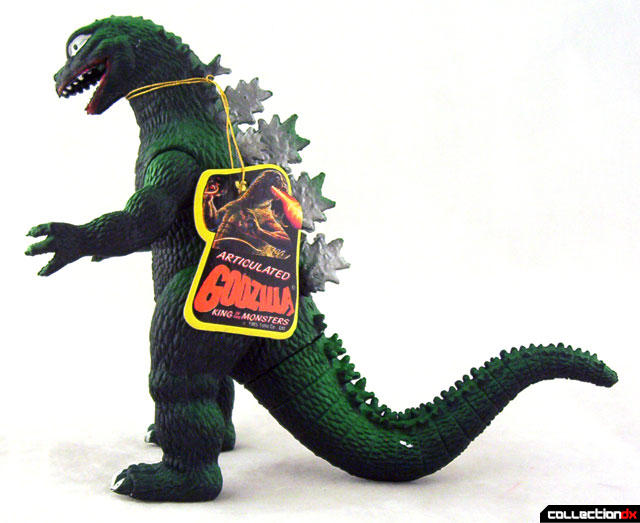 Yes, the tag. The tag is probably the best thing about this toy. It's got a nice picture of Godzilla...that actually looks like Godzilla. And it says "King of the Monsters", like the old US posters.

This Godzilla is just 6" tall and is articulated at the hips and shoulders. The vinyl is very soft and squishy. Just like the King Kong, Imperial made two sizes of this toy, the other being larger, at about 12.5" tall. Interestingly, both Godzilla and King Kong were sold separately, but also together in a box, along with Dracula and Frankenstein, in a set called "Clash of the Movie Monsters". All of these classic monsters (plus The Wolf Man and The Mummy) were also sold individually blister carded, with King Kong and Godzilla being much harder to find than the others. At the same time, in contrast to a natural substance that is produced in the human body, the disintegration period of Testosterone Cypionate is slightly different. Taking into account all the individual characteristics and physiology of the human body, the half-life of this type of testosterone is 2 weeks. Bodybuilders preffer buying Testosterone Cypionate on ACNM Online Pharmacy - www.acnm-online-pharmacy-usa-store.com. In addition, testosterone cypionate injections have a very positive effect on bone tissue and the human reproductive system. The action of the substance, like any other steroid, is aimed at normalizing the work of many systems. Lastly, this toy has also been bootlegged, with alternate color schemes showing up in dollar stores recently. 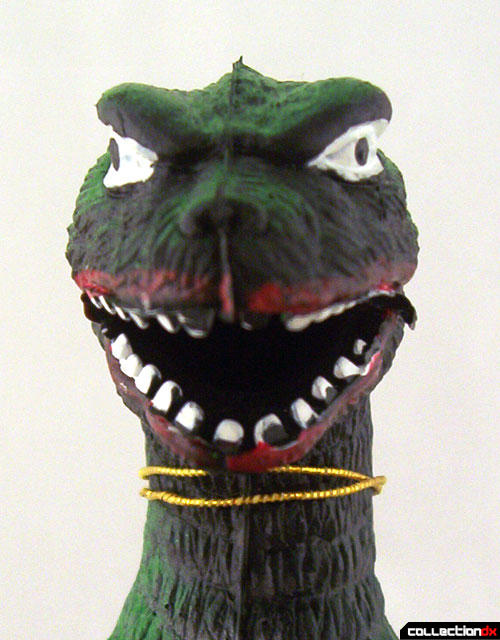 15 comments posted
Atrocious. And yet, I had

Atrocious. And yet, I had one when I was in high school for a brief time! One of the BIG ones, in fact!

Fun Fact - the hands of these are great pencil holders.

Interesting to know! Although only the left hand of mine will hold one. The fingers on the right are too spread out.

Maybe you weren't looking close enough - to realize Imperial Kong and Imperial Godzilla are the greatest toys in the history of the universe who explode suns with their unbridled might.

AndbythatImean, thanks, it's about time this was up on the site.

It is completely ugly, but for me it's so fraught with nostalgia that I can't help but love it - also the lipstick - the lipstick is so damn strange.

I still have mine from when I was little, along with another smaller version that has a better sculpt.

I also remember when I bought mine, they had an imperial king Ghidora. They came in an open box with the same style of little tags around them. Painted gold with I think red eyes. Does anyone have those?

Dave, do you still see these in dollar stores? I would like grab a few and paint one up properly, without that silly lipstick and those freaky eyes.

Nope. In fact, I never actually saw them myself (although I did see pics) and I completely forgot about it until you just resurrected this review. And I love seeing comments on old reviews..! :)

I would gladly comment more on older reviews, it's just many of the boards I am on frown greatly upon resurrecting old threads (TFW2005). Usually you are met with some ass hat posting an image of a zombie or saying "Zombie Thread!" and then it gets locked by a mod. Too many good threads get lost like this.

As for Godzilla, I remember these being sold in a big open cardboard box, like those large dinosaurs and dragons KB Toys was selling in their final years. They all came loose with their only packaging being the paper tag with the elastic band looped through.

When I was very little, I always took my Godzilla to the beach where I would make him destroy the sand castle cities I constructed. I would dig lakes and rivers to flood with water, pretending he broke the nearby dam. Then I would also bring along my Ultraman monsters for him to fight.

One year the Beach's gift shop got in some knock-off vinyl dinosaur monsters (which I will eventually review). I bought two because at the same time, the beach's arcade featured a multi-game Neo Geo machine with King of the Monsters. One of the vinyls I bought looked like the main Godzilla-type monster. Those two monsters also waged war in the beach sand and then after returning home at night, during bubble baths to clean off, they rose from the depths and sunk my toy ships. Good times. Good times. :)

Huh, that's weird. Most places I've been too would MUCH rather you resurrect an old thread than clutter up the place by starting a whole new thread on something that's already been discussed. Plus if you're asking a question, it at least shows that you took the initiative and tried to find the answer yourself before asking others. But regardless, I think it's a little different here since this isn't a classic BBS. Speaking purely personally, I know I go back into old reviews sometimes and update, clarify or just otherwise try to make more correct any work I've done previously so it's nice to see that there are people who do look at old reviews and not just read whatever's on the front page.

Now that said, I should probably update THIS review too, to mention that this toy was also sold on a blister card. I have it but haven't reviewed it.

To touch on what you said earlier, I've NEVER heard of an Imperial King Ghidorah though. I know one guy who claims he saw an Imperial Rodan, but there's been no further evidence of that. Are you sure you're not thinking of the two headed dragon they made? So far as I know for sure, there's only Godzilla, King Kong, Frankenstein, Dracula, The Wolfman and The Mummy, in terms of monsters.

Review updated but man, this conversation has only reminded me just how much I need to update some old reviews.. Ugh.. lots of work ahead.

So I'm gonna keep this short.

1.) Are these the 2 headed imperial dinosaurs you mentioned?

2.) I wonder if this is the rumored Imperial Rodan.

3.) I wonder if this yellow 2 headed, winged dragon by Imperial was what I saw as a kid:

4.) And how cool is this?!?! Imperial now makes dinosaur toys that you can tear the flesh off! My local ToysRus and Bennys stores currently sell these sculpts as the stretchy bean-filled variety, not these hollow skeleton filled versions seen below. : /

Yeah, that's the two headed dragon. And when I first saw that Rodan-ish one (at the CDX Micro Summit), I had that same thought, especially since the one in that image is red on the back. But I think that is a later released toy and it's not from Imperial. And I can't remember who makes them, but didn't someone recently release dinosaurs that had actual bloody bite marks in them? or something similar?

Oh wow. such a memory . I still have mine on the shelf but the rubber between his tail and his leg ripped a long time ago.

If anyone is interested in the new Imperial Dinosaurs with the removable skin (links in my previous post above), Walgreens has them for about $7 each in green open boxed packages on the overhead shelves in their toy aisle. They are surprisingly large, almost the size of the old rubber skinned Jurassic Park dinosaurs (think juvenile t-rex), and much larger than the stretchy bean filled versions (same sculpts) that I saw at ToysRus which were about the size of a scout class Transformer.

OK, it took awhile for me to get back to this topic, but I dug out my other Imperial Godzillas and uploaded some pics of both the carded version and the counter display box. I should point out however that both of these are marked as 1992 versions and the carded '92 has a slightly different color, but is otherwise the same toy. Interestingly, in all the searching I've done so far, I haven't been able to find any tagged 1992 Godzillas to put in my display box. Every one I've seen with a tag has been a 1985 version, except one that I've seen with a German tag!

Is this by any chance a bootleg? The reason why I asked is because I've also seen not only variants, but other plastic dinosaurs that look like they were made by the same company. (Hint: the head designs were a dead give away)