Released in 1985 by the Traveler Trading company, this is actually a pretty cool doll for a plush toy. The overall presentation is quite nice looking. While the everything else is traditional plush, the head on Dracula is made of soft vinyl. While it doesn't represent the Bela Lugosi portrayal of Dracula, in many ways I actually like this toys appearance a great deal more. It really captures the classic vampire look. The fangs are apparent and the pointy ears and slicked back black hair scream "vampire", but it's the eyes I really like. Wide with bloodlust and a nice colorful blend of red, white and blue, the overall effect looks fantastic. 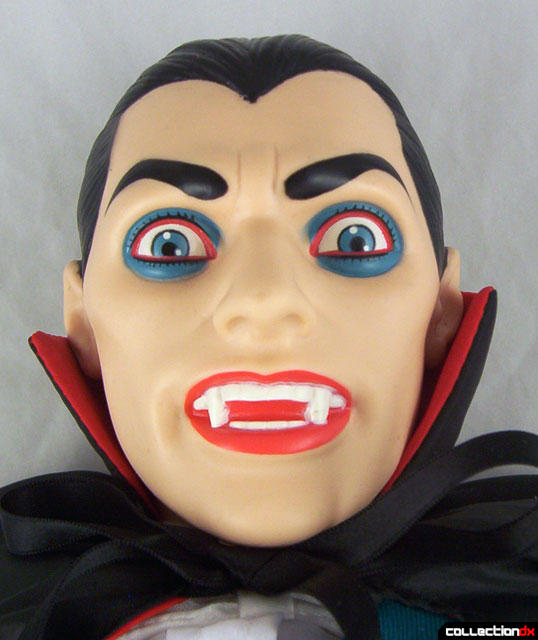 I also really like Dracula's cape, with the classic black exterior and red interior. The way the collar points up around the face is also nice. 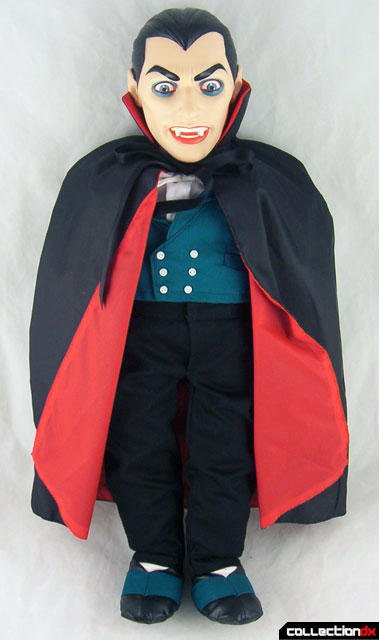 Still, I probably would not have bought a plush doll if I didn't think it would display well with other toys. But because of the unique packaging for this doll, I think it will look great. The doll comes in a "coffin" box with a clear cellophane window on the front through which you can clearly see the doll. Each side of the box features two "handles" as part of the artwork. You can't actually grab them, they are just printed on for decoration. There is also some wonderful artwork on a flap on the back side of the box, showing Dracula leading a pack of bats with the words "Drac Bat" written in dripping blood red lettering. 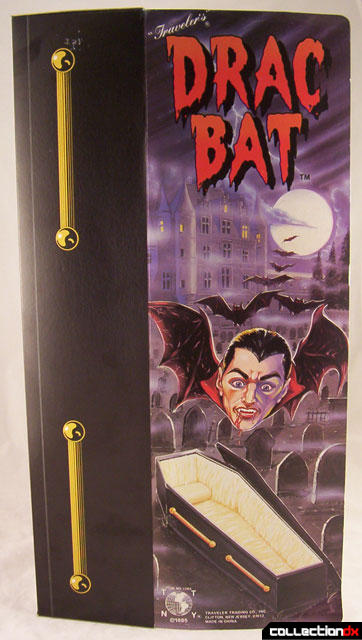 One last gimmick that is included is a glossy sheet of paper containing Dracula's "death certificate". There are some rather silly answers to some of the fields, such as "Self employed vampire" for occupation. 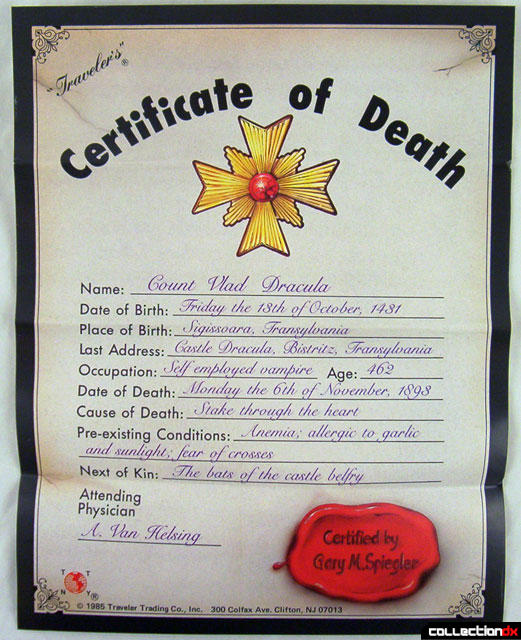 The doll stands about 18" tall and looks surprisingly good displayed in his coffin. I normally wouldn't recommend a plush doll, but this one is pretty cool.