I always thought Cosmos was a cool design for a transformer but I never cared for him in the show.

Released in 1985, Cosmos takes the shape of a flying saucer, more specifically, the type of flying saucer described by George Adamski in 1953. For some reason, the Japanese love this style of UFO, and have since produced many toys and model kits of it. In fact, the Japanese name for this character is "Adams" (アダムス)

This green saucer has wheels that allow it to roll on the ground. Saucer mode is compact and hides the robot mode well. 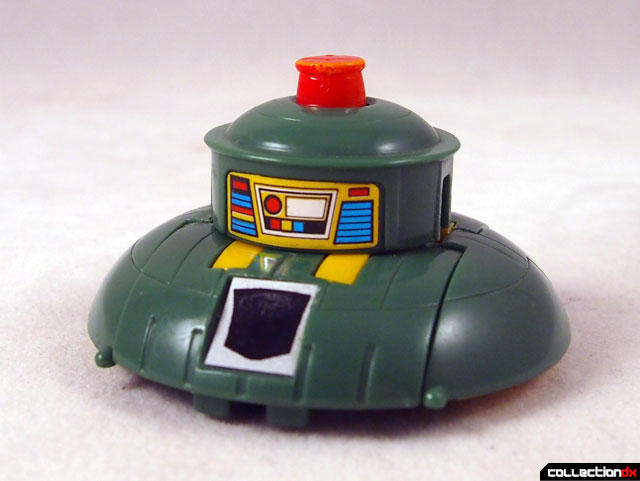 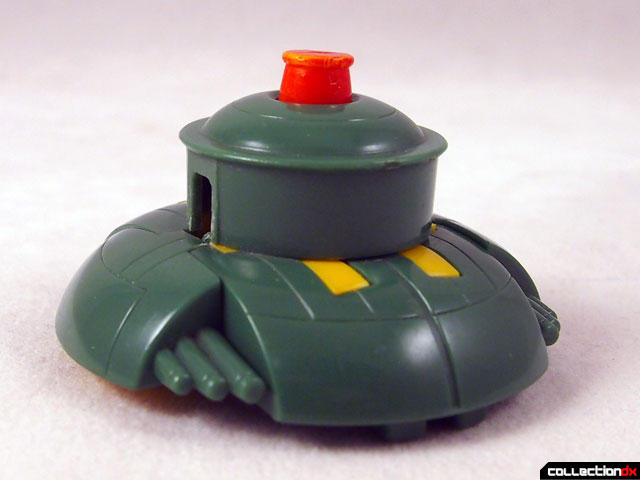 Transformation is simple - pull out and flip up the legs, swivel the arms, and pull the head up. The end result is a robot with a rear end to rival Nicki Minaj. 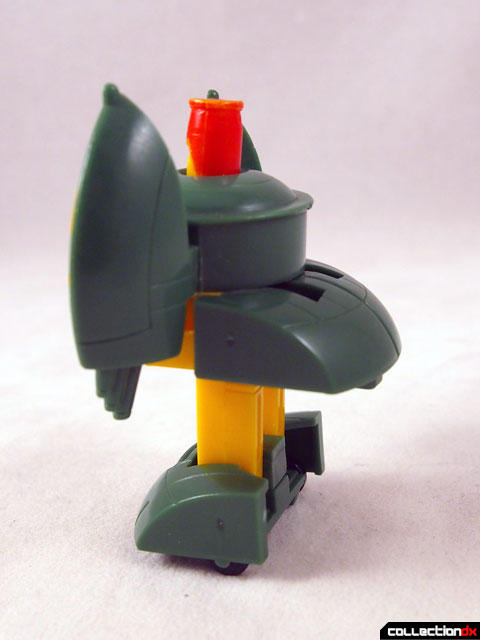 Cosmos is sort of dopey looking. He's the Eyore of Transformers. He's one of the few Transformers that could travel into space at the time, so he got a lot of screen time in the cartoon. It always bothered me though that he was such a small toy but he was such a big ship in the show. Call it anime magic! 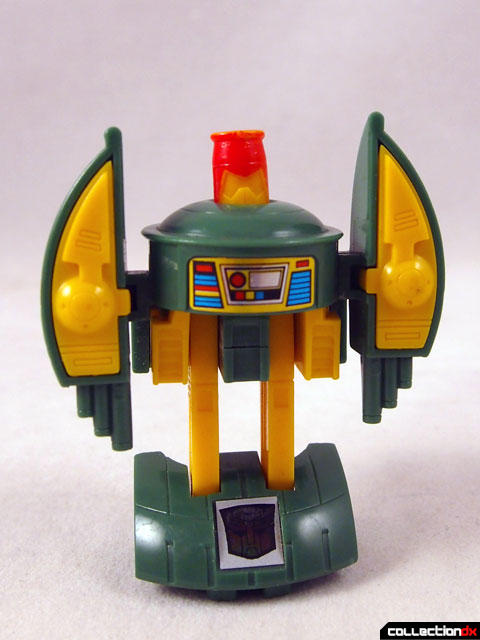 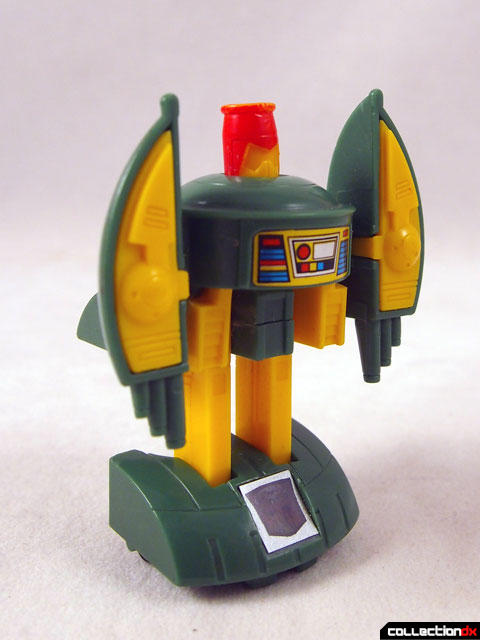