The original G1 minicars released in 1984 were based off of toys from the Takara Microchange line, a sub-line of Microman. Microchange toys were actual 1:1 scale toys that were supposed to be “real things” that transformed into robots. The initial Microchange Mini CAR Robo cars were supposed to be Takara Choro-Q racers which were small, superdeformed cars with pull-back motors. The real Choro-Q racers did not transform, but in order to hide among humans, Micromen made the Microchange robots assume their form.

Hasbro co-opted many of the Microchange toys and integrated them with Diaclone toys, thus ending the runs of both of the prior lines. From that point forward, Hasbro and Takara worked together on the Transformers brand.

(Choro-Q robots also saw release in the US as Penny Racers).

Cliffjumper is taken directly from the Microchange Mini CAR Robo 01 Porsche 944. The first three releases in the Mini CAR Robo line were available in three colors - Red, Yellow, and Blue. Despite red being Cliffjumper’s proper color, it was also offered in the yellow version you see here. 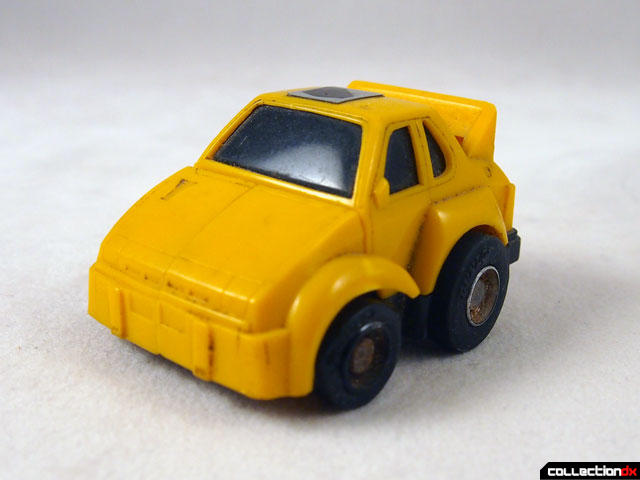 Although the toy was first released as a Transformer in 1984, this version comes from 1985 when they replaced the Autobot logo on the chest with a heat-sensitive rubsign.

The toy itself is simple and cute. It doesn’t feel Microman-ish at all really, probably due to our close association with the Transformers. I find it hard to imagine it in any other line.

Little Cliffjumper looks just like his Choro-Q counterpart, right down to the back panel where you would insert a coin. (The coin would weigh down the back of the car enabling it to do wheelies and such.) The car has rubber tires and rolls freely. 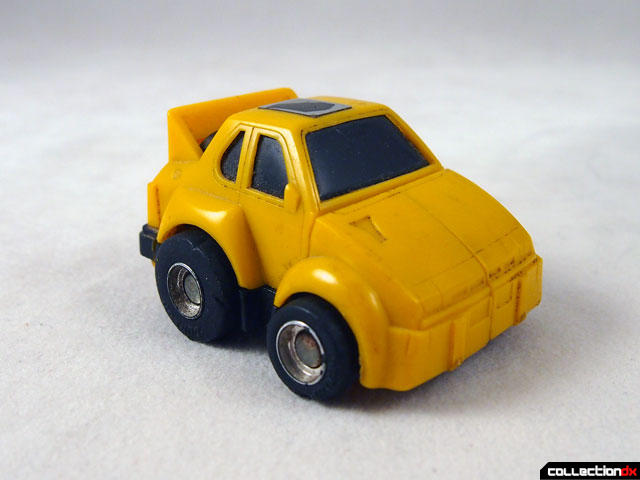 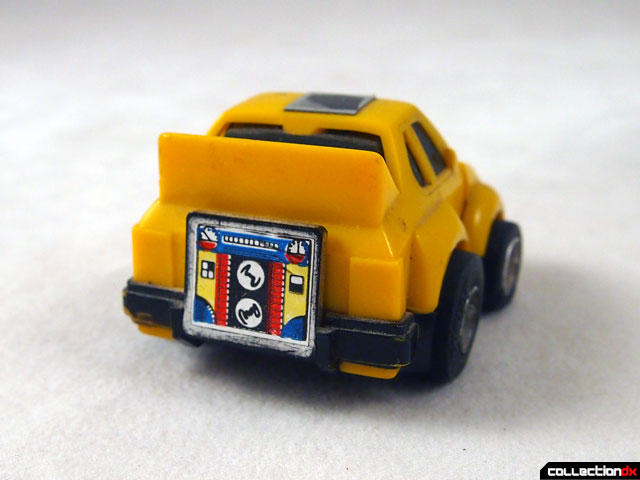 This one has seen better days. 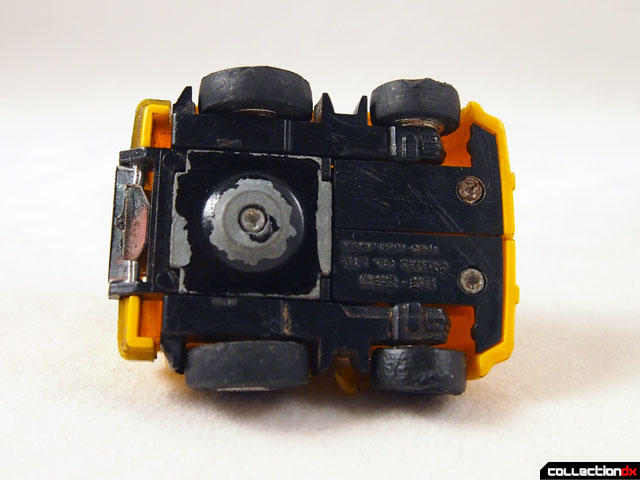 Transformation is simple - pull the legs down, put the feet up, pull the arms out and flip the head up. 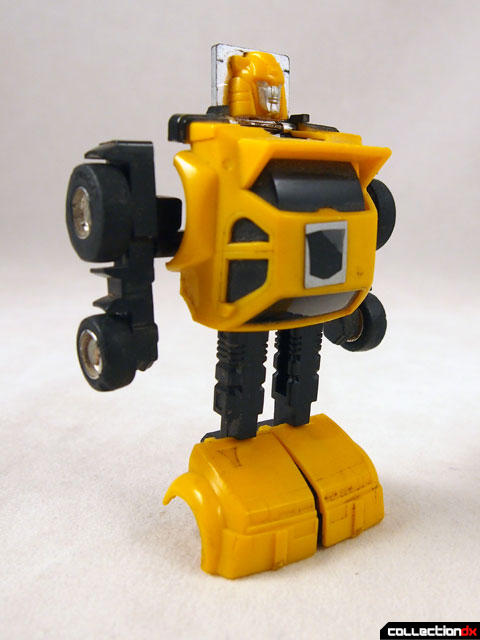 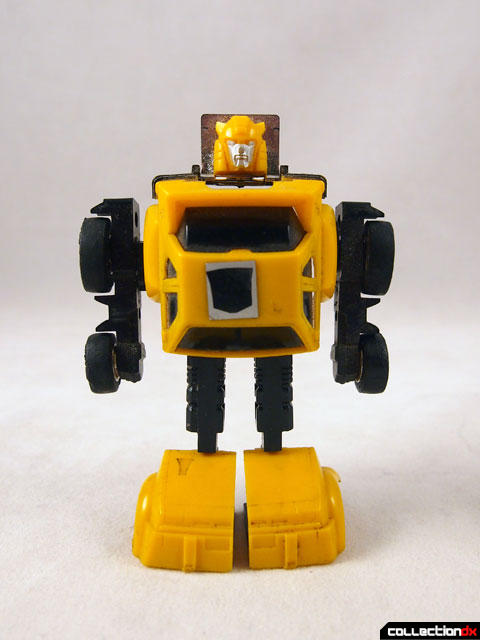 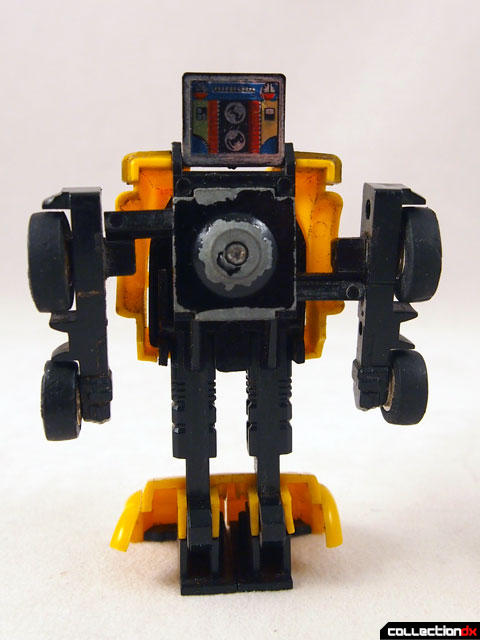 After almost thirty years most of these have become rather loose and wobbly. Still, they are kind of neat for what they inspired. 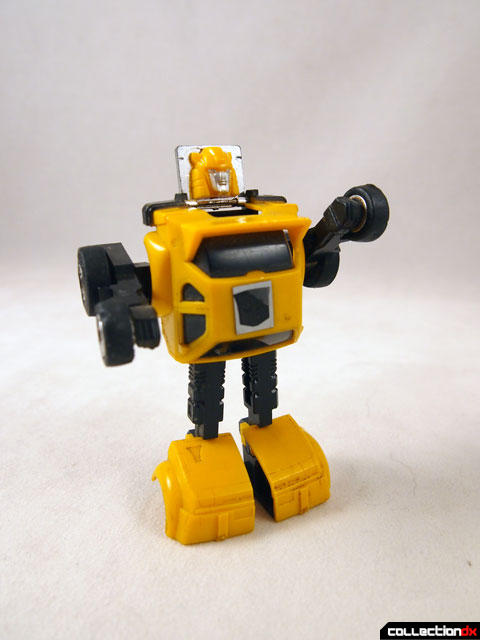 He looks kinda Cute. Y'know, for a guy who has a list of traitors in the autobot ranks JK

Actually, the car model of cliffjumper and the original diaclone/microchange car is the Porsche 924 Turbo. The detail that gives it away (assuming you dont have a box from the diaclone/microchange release which clearly says 924 Turbo) is the NACA duct on the hood (the little triangle looking shape, it's an air intake duct) and the four little rectangles on the front of the hood (two on each side of where the center line splits). Only the 924 turbo came with those features in real life.

The spoiler on this mold is very exaggerated, but like you said they are all based off Choro-Q/SD designs. The 924 actually has a very docile spoiler, and the 944 has a slightly longer one. Both are more like you see on the retooled cliffjumper (Hubcap) mold.

Nice review. So nice to see some Old school stuff between this and the daiku from the other day.