Brawn was one of the original G1 Transformers released in 1984, and as such he holds a very special place in the hearts of many collectors. Sadly, Brawn is also remembered as that ugly robot that always had the broken arms.

The mold that would become Brawn started out life as part of Takara's MicroChange line, a sub-line of Microman. It's original designation was Mini Car Robo 05 Jeep, released in 1983. The toy made it over to the Transformers line relatively unchanged, save for the addition of the Transformers badge and rub sign.

The rub sign indicates that this particular Brawn toy comes from the second year of release, 1985, when most of the original Transformers had switched to rub signs. These thermal stickers revealed what faction your transformer belonged to. 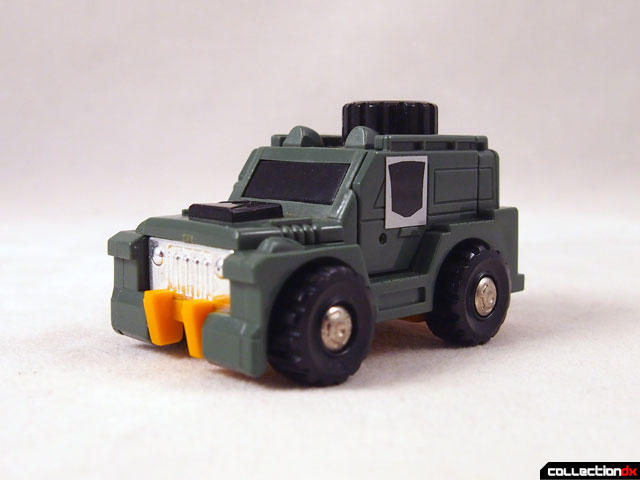 Brawn is a relatively compact and sturdy toy car. As a MicroChange toy, it's actually supposed to be the size of an actual toy car such as a Tomica or Hot Wheels Car. 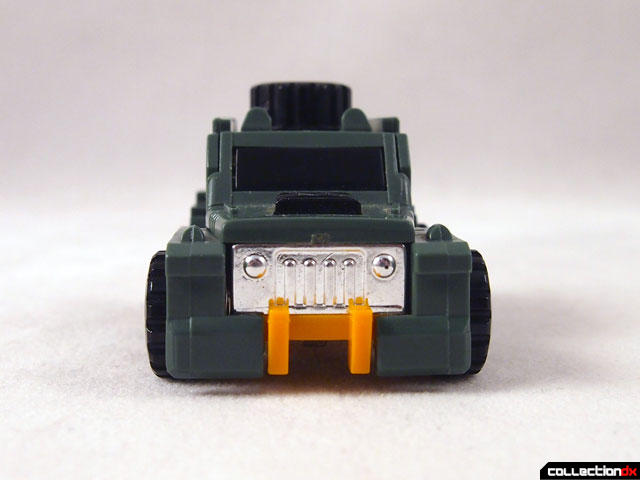 While the first three MicroChange cars had rubber tires, these bigger vehicles have plastic wheels. This is because the first three are supposed to be disguised as Choro-Q cars, better known as Penny Racers in the US. 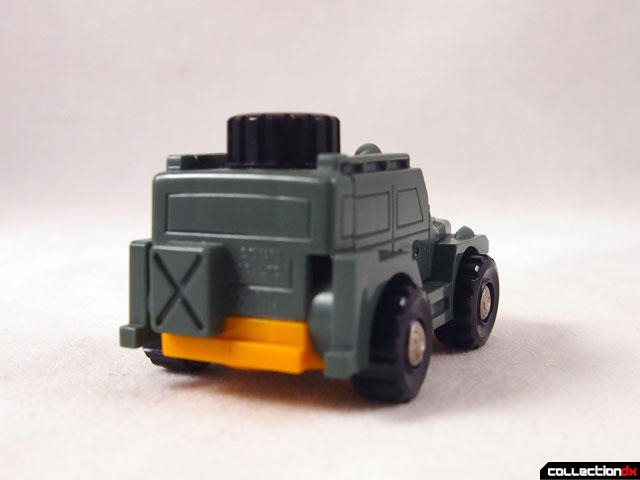 Transformation, while simple, is surprisingly frustrating, especially for a kid in the 80s. You had to move the legs a part of the way to pull out the doors on the side, and then swing them back. Somehow you then were supposed to get the little chrome arms to come out, but they never wanted to come out easily. The one I had as a kid broke. It sucked.

Today though we look at this toy through nostalgic eyes and overlook its flaws and ugly design. I mean, this is supposed to be a robot face. 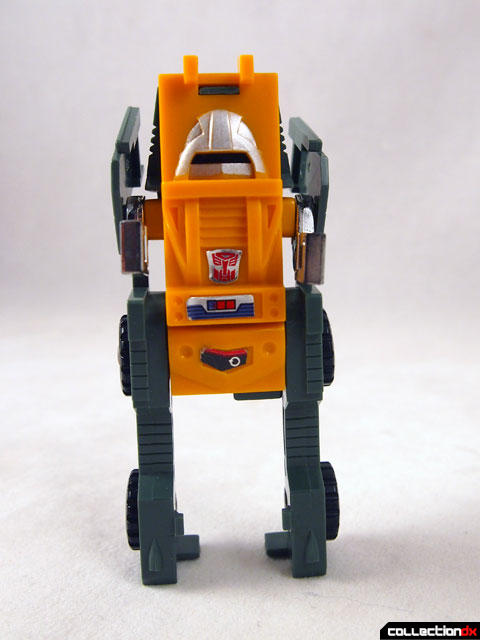 I can understand why in the cartoon they completely changed his look to be more relatable. Despite his small size, Brawn was always the tough guy of the Transformers. 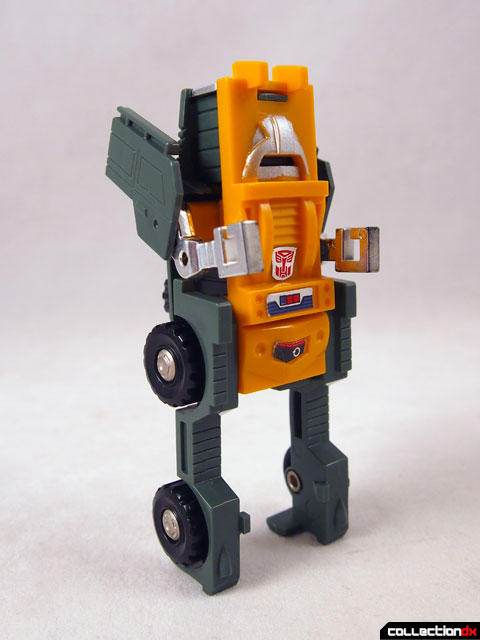 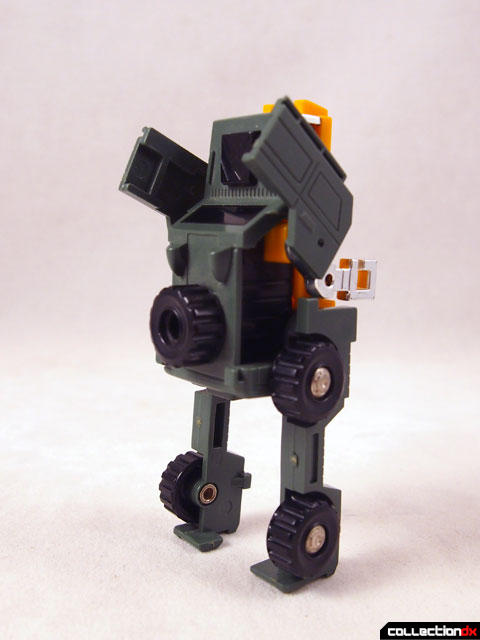 Despite being one of the original G1 Transformers, Brawn (and other mini-cars) are surprisingly plentiful and affordable on the secondary market. They are a cheap way to own a piece of toy history.

I have keychain versions of Brawn, Bumblebee, and Windcharger. I got them a few years ago from Spencer's GIfts of all places. Lol.