We all know Leader-1, the heroic leader of the friendly Gobots. But while he was an iconic leader in the USA, in Japan, he was just another Machine Robo.

The Machine Robo line spawned a sub-line called Big Machine Robo, which were scaled-up versions of normal MR figures. These, along with the Scalerobo series, became the basis of the Super Go-Bots line in the US. Some were pretty much the exact same toy made bigger, others re-imagined how the toys were engineered, taking advantage of the larger size.

Big Eagle Robo is pretty much the same as his smaller counterpart.

The box is cool, although mine is a bit beat up. The Japanese put a premium on box condition, so because of that some toys can be had for a steal if you don't mind a beat up box. I don't mind so much in most cases. I also love the rainbow band that became sort of a staple for Bandai releases that year across their lines. 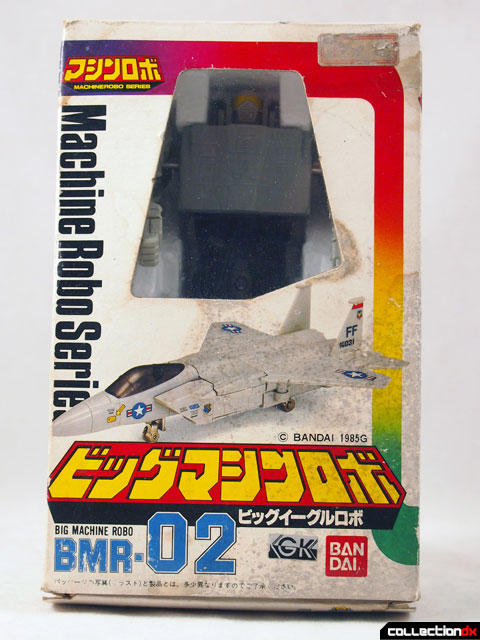 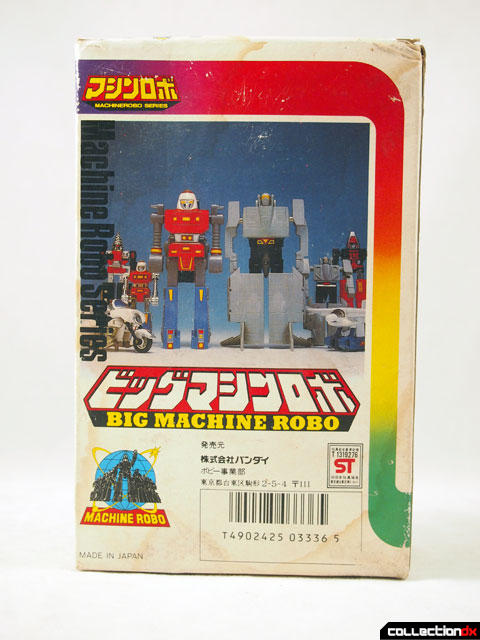 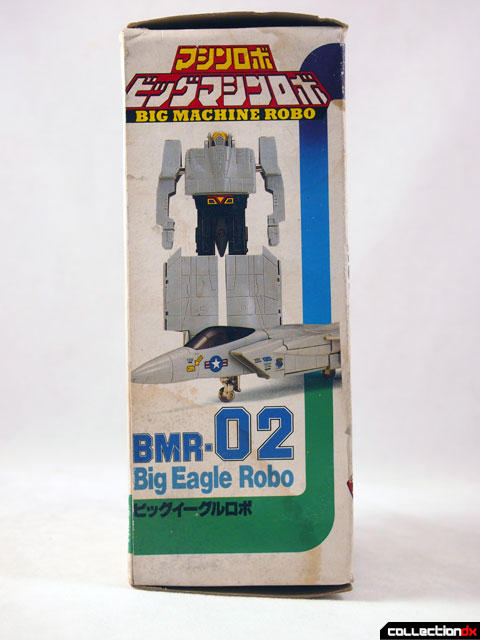 Inside you get a sturdy styrofoam tray, instructions, catalog and sticker sheet. The sticker sheet contains several gaudy (in my opionion) stickers, and in this case I've decided to leave them off. I think he looks better without. 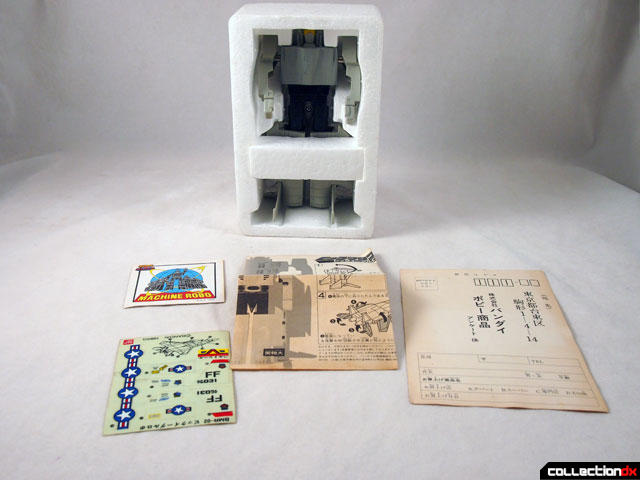 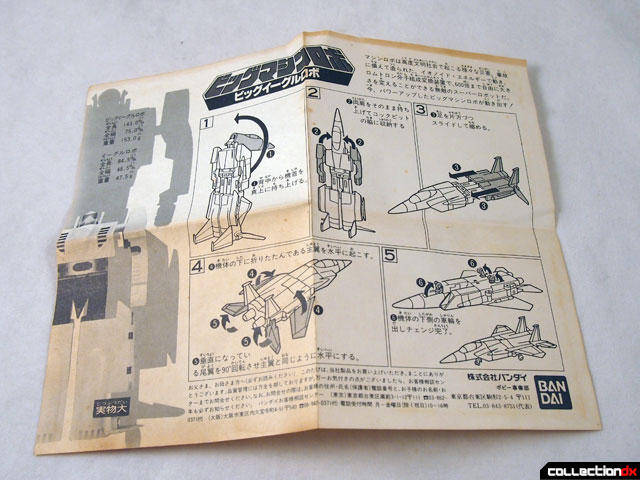 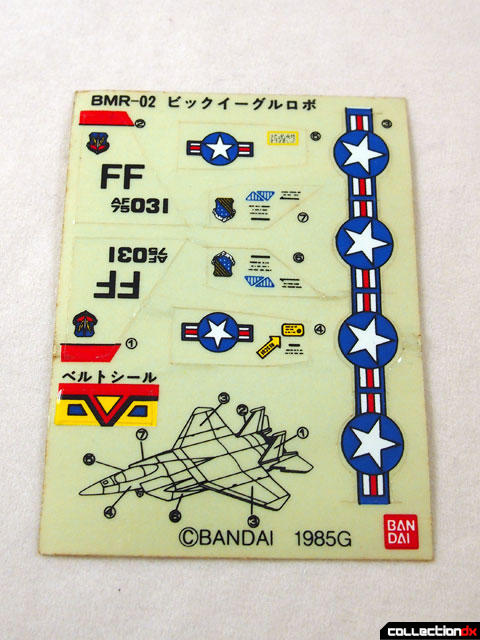 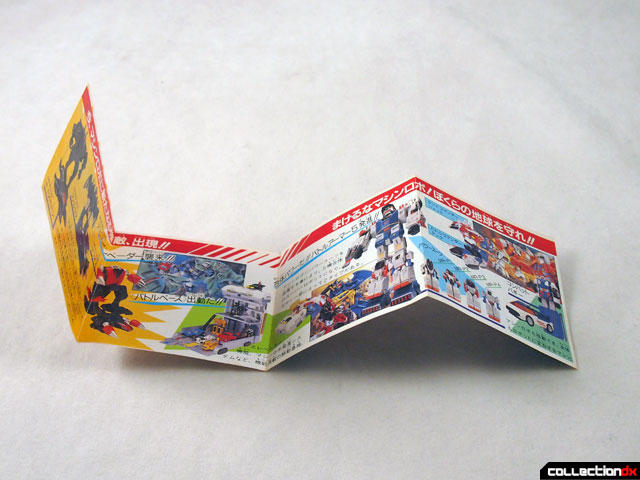 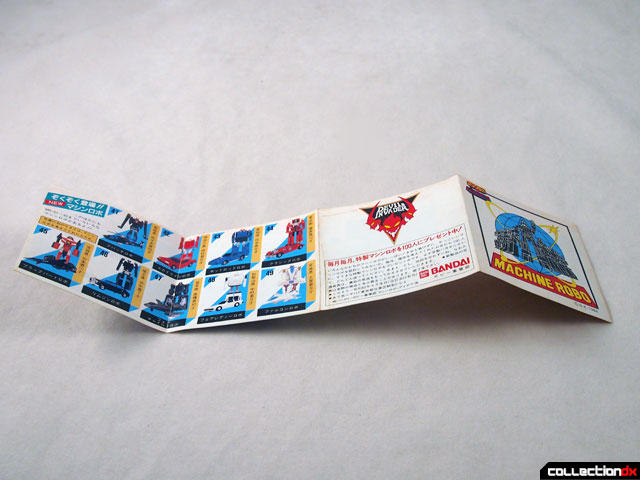 Robot mode is simple but incredibly sturdy. The only articulation is in the shoulders. 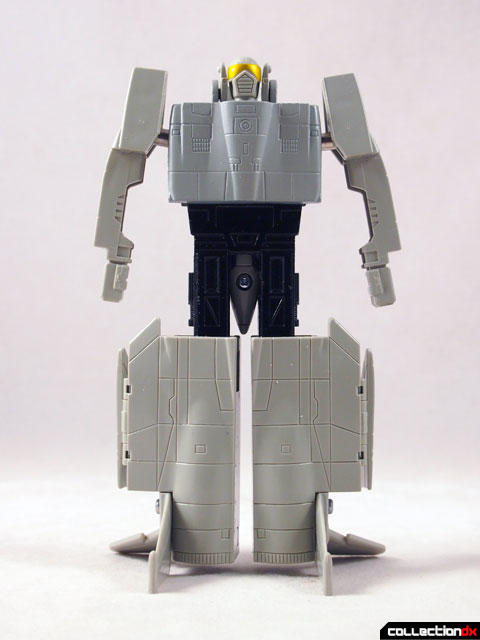 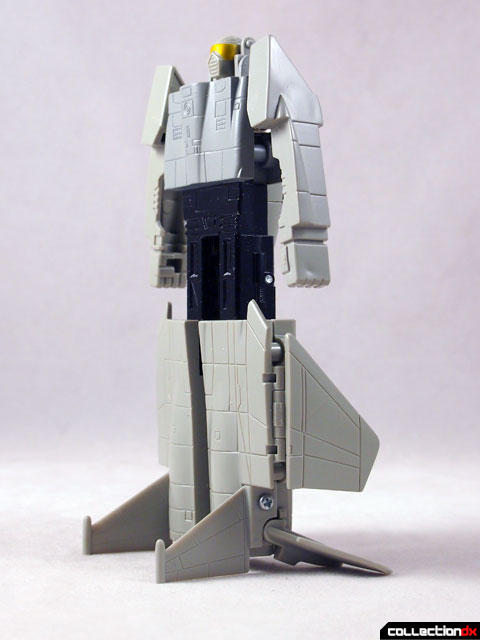 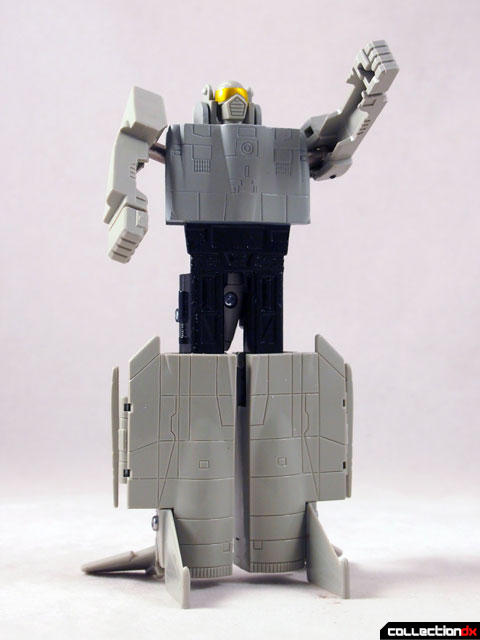 The profile from the back is a bit less smooth due to all the wing parts hanging off. 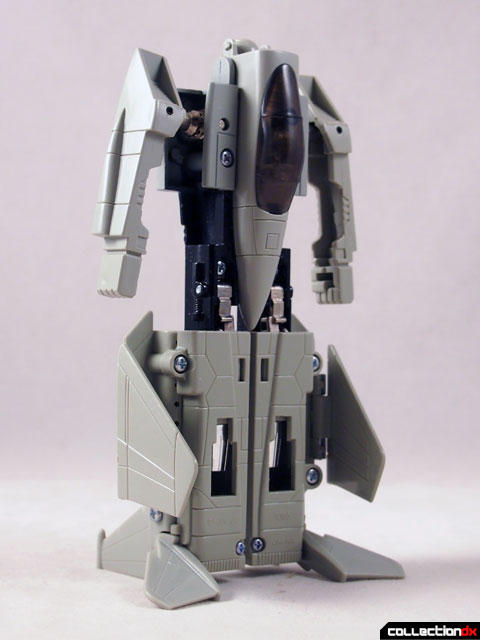 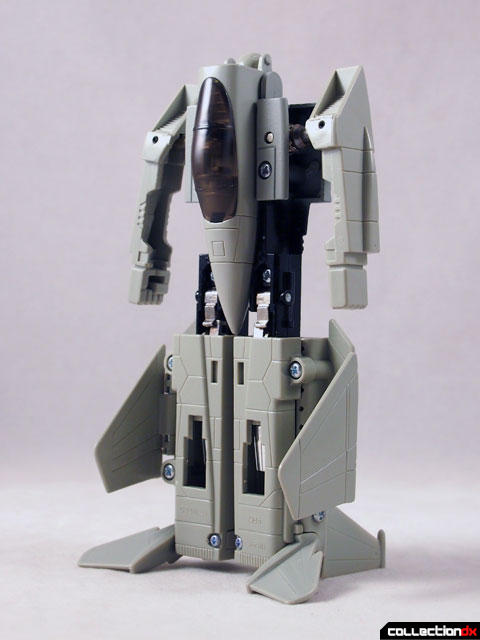 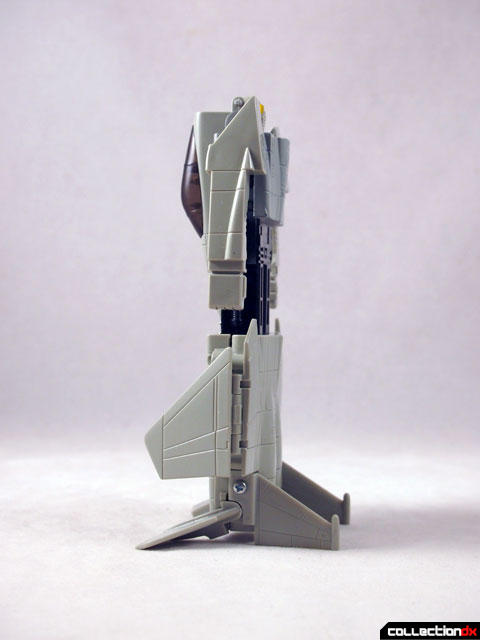 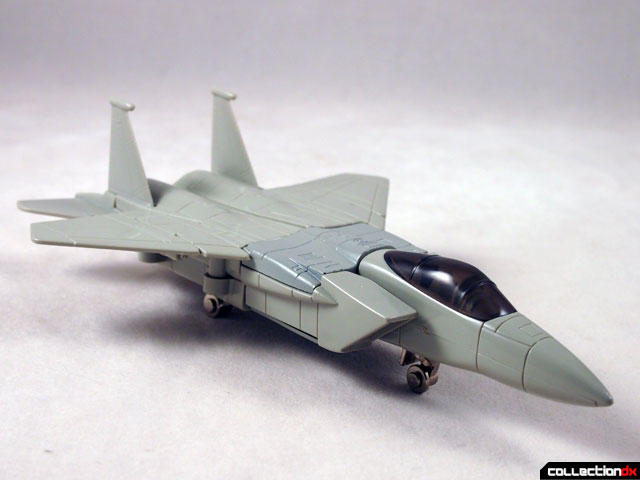 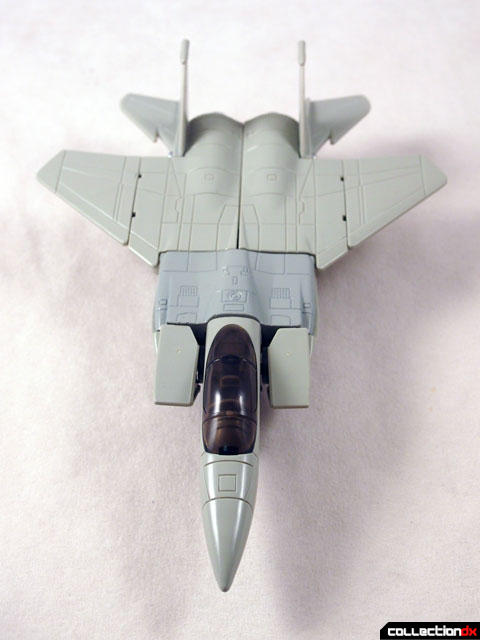 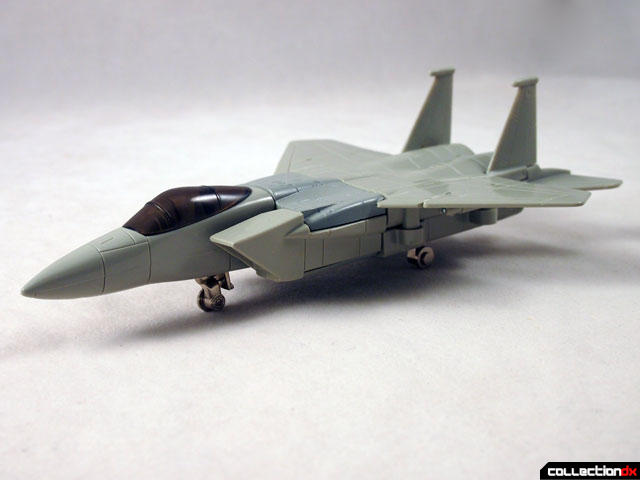 Seriously, if you didn't know it turned into a robot, you would never believe it. 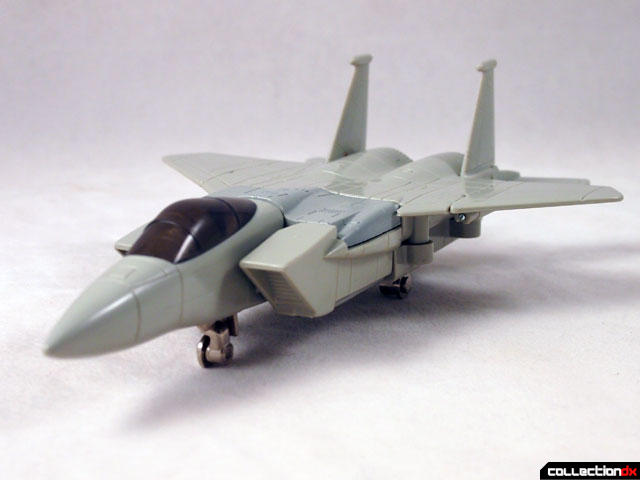 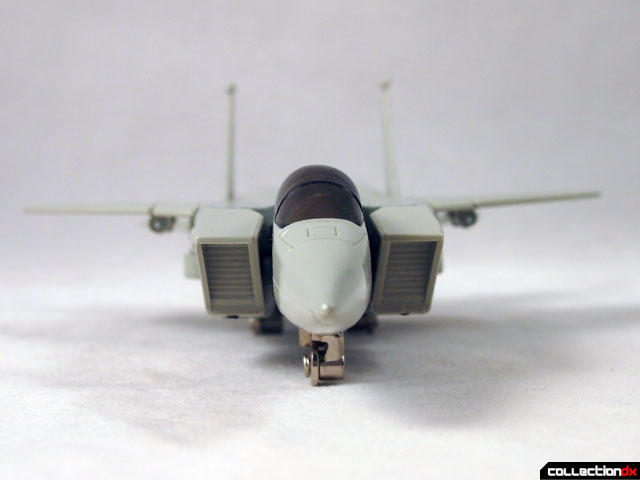 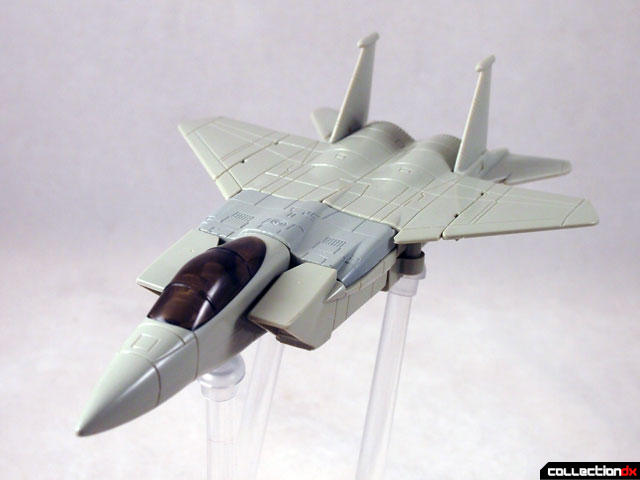 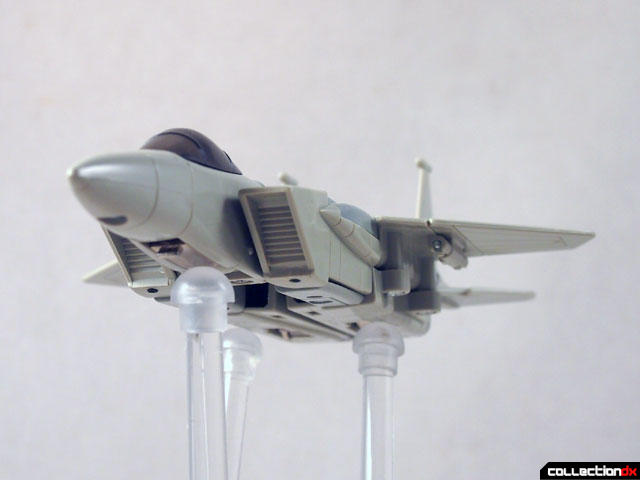 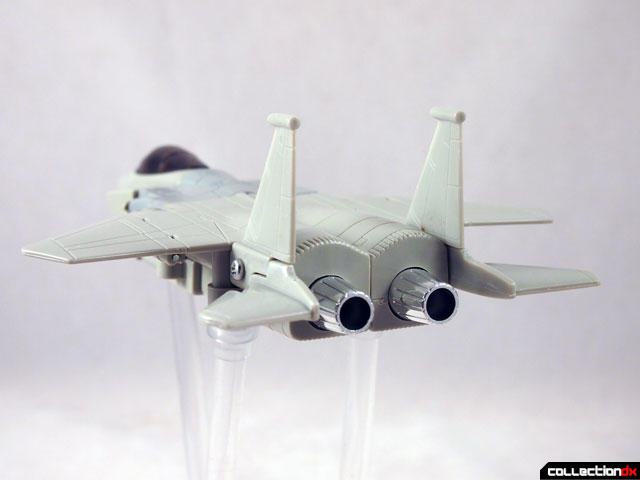 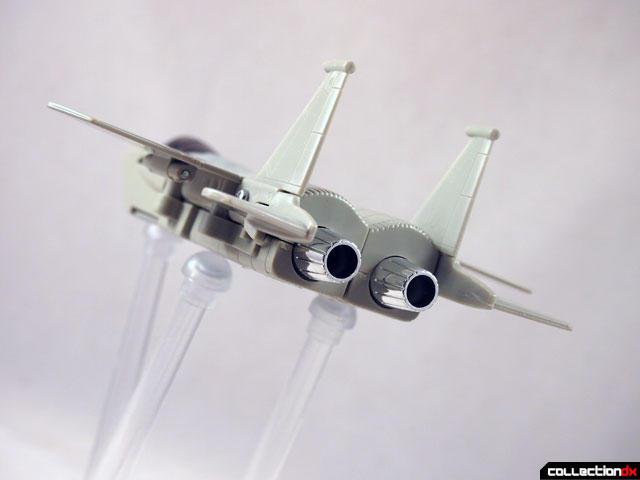 The underside is a little less impressive, but still great. The flip out landing gear is a nice touch. 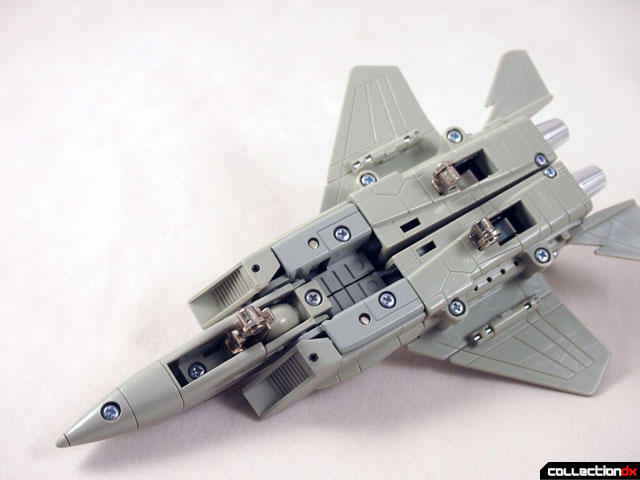 Metal content is awesome, it's a hefty toy. The chest and body are metal, and many of the joints are metal as well. 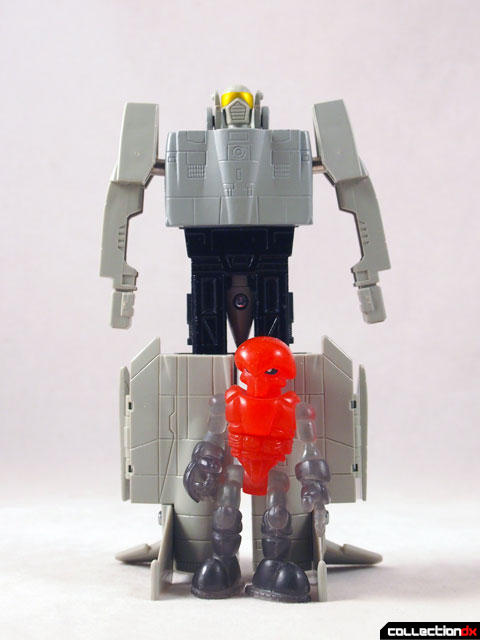 Other than the packaging, the toy is identical to the US release. It's a great simple representation of an iconic robot (even if the cartoon sucked).

4 comments posted
It's certainly one of the

It's certainly one of the best Machine Robo figures out there. Although I must say the F-15 mode could be a little better proportioned ;3

How I wish they would update the designs into today's aesthetics and materials while still retaining the go-bots look :)

I love this figure, I'd say this is maybe the best transforming jet toy ever made....well the macros Valkyries/Jetfire....but for a realistic one this wins hands down.