What if Matchbox made a Cyclone Ride Armor toy? I am not talking crappy 80’s Matchbox but 1950’s-70’s UK Lesney owned Matchbox, when Matchbox was a line of toys and not the name of a company. There was a time when Lesney Matchbox were the leaders of small scale cars and vehicles, they created some of the finest and well crafted small scale vehicles, many which have reached pass the $1000 price in value in the collectors market. I have a friend who collects vintage Matchbox toys and I was impressed while looking at his collection and the small details of each piece. Each vehicle is a masterpiece of toy craftsmanship, from paint application, to delicate scale sculpting and unusual subjects. 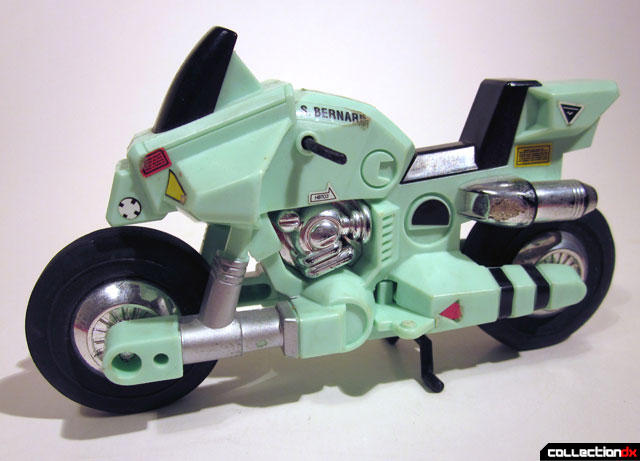 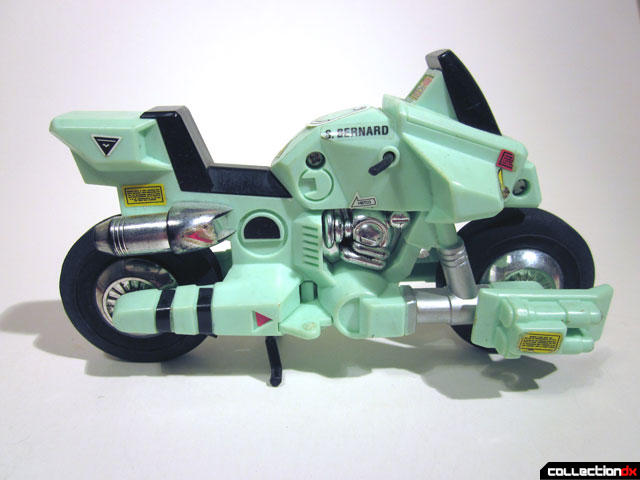 So imagined if Lesney Matchbox made the Cyclone Ride Armor from Robotech: The New Generation, originally known as MOSPEADA Ride Armor from Genesis Climber Mospeada. First it would have been die-cast metal, pure English Chogokin. The paint application and color tone of that Mospeada creamy green would match perfectly, due to Lesley matching real car paint chips to the toys. The rubber tires would be rounded with matched treads to real motorcycles. Finally the internal frame and engine components would be a beautifully polished die cast metal. Overall it would have been a brilliant toy, something that could have equaled or even surpassed some of Japan’s finest toy producers.

Unfortunately, by 1985 Matchbox was nowhere near their former glory it once was, releasing poorly produced toys, even their flagship line of small-scale cars suffered. It was during this time that Matchbox released their line of Robotech toys, including their Robotech Defense Force of action figures and vehicles. One vehicle Matchbox released in the line was the Cyclone Ride Armor. 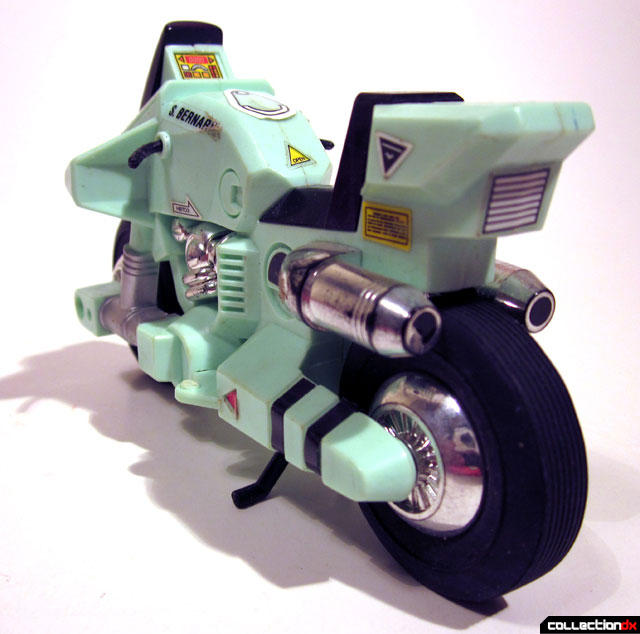 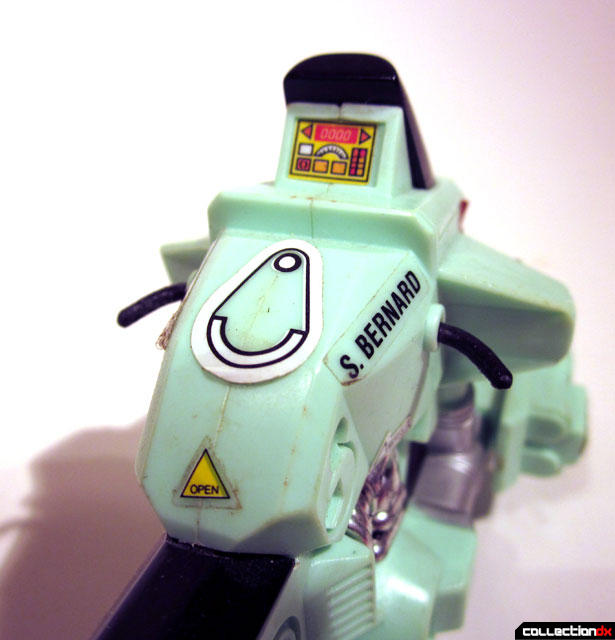 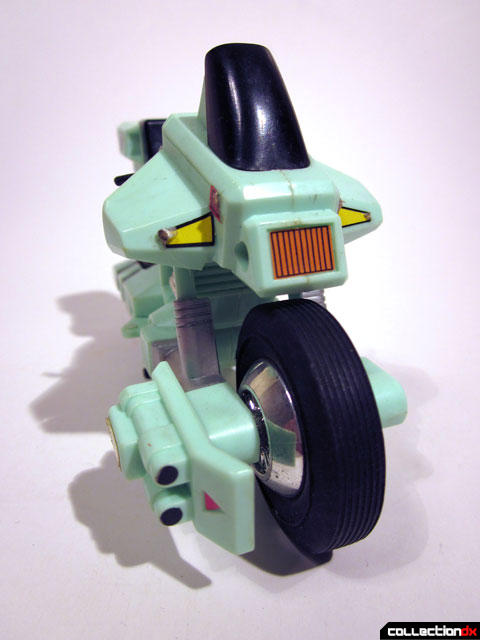 The Cyclone Motorcycle is one of the easier RDF vehicles to acquire for the collection. Many kids owned one including myself, the one pictured here being the one I played with as a kid. Having already owned a Gakken Mospeada Ride Armor I felt the Matchbox Cyclone seriously lacked in details, especially with the actually sculpting of the toy. What Matchbox produced was actually a very solid kids toy, unfortunately seeing what Gakken had to offer by the time the RDF Cyclone came along I was let down, heck it did not even transform. 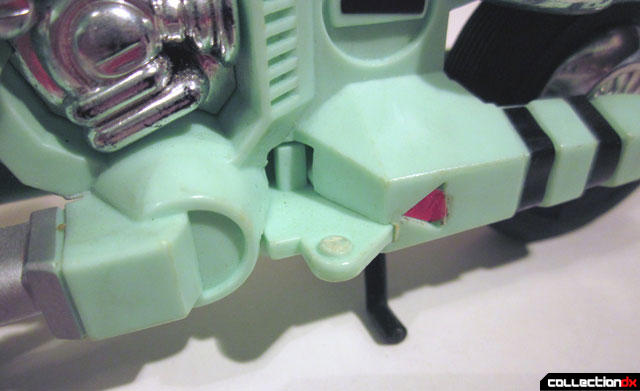 It had a lot of kid safe features, other than the wide pegs breaking off into the small holes of the feet of the figures; it was an extremely rugged toy. The tires were squared off for the balance of the motorcycle on a tabletop, but they were real rubber tires that have held up quite well over the years. The front fork missile launchers were removable, and could easily be lost but so many of these produced that it is not too difficult to find a replacement.

The overall issue with the Cyclone was the sculpting of the bike itself. I would love to see somebody cut one of these up and try to connect it together to a figure, as the proportions are all off and over sized for the scale. As this was modeled after Scott Bernard’s bike, the Scott Bernard figure is essential to this release and this adds another dimension of oddness to this release. First the Scott Bernard figure was one of the more difficult figures to locate back when the line was being produced. I did manage to locate one through the Sears Christmas Catalog in 1987 when the line was winding down and was actually surprised when it actually did arrive in the mail. Second was the figure itself, which was sculpted with the Ride Armor already transformed onto figure. What you had is a transformed Ride Armor figure riding an untransformed Ride Armor Cyclone. It boggles the mind, doesn’t it? 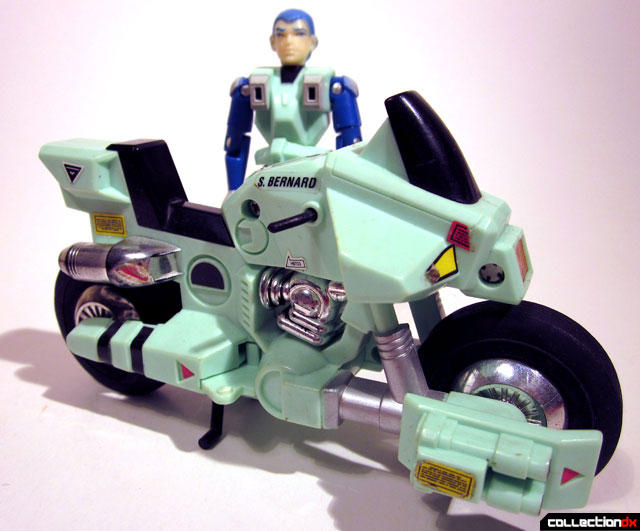 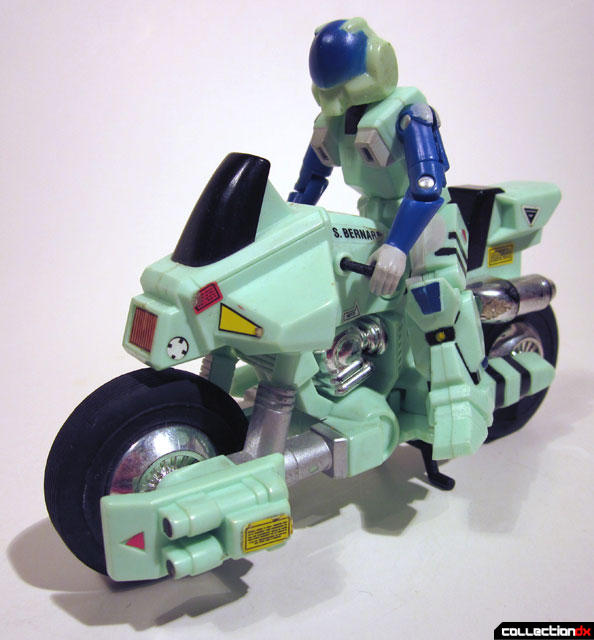 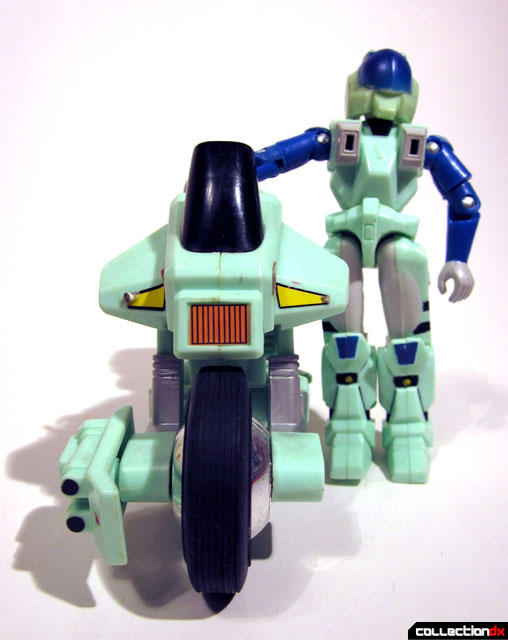 The Scott Bernard figure was released with the Rand laser gun and it would have been great if Matchbox figured out a way to attach the gun to the side of the Cyclone. I was actually more frustrated at the time with the Scott Bernard figure than the Cyclone itself, as it was another missed opportunity of Matchbox making a generic Mospeada armor for the figures than can taken apart and used with the Rand and Lunk figure. Well, that is if you could find the Lunk figure. 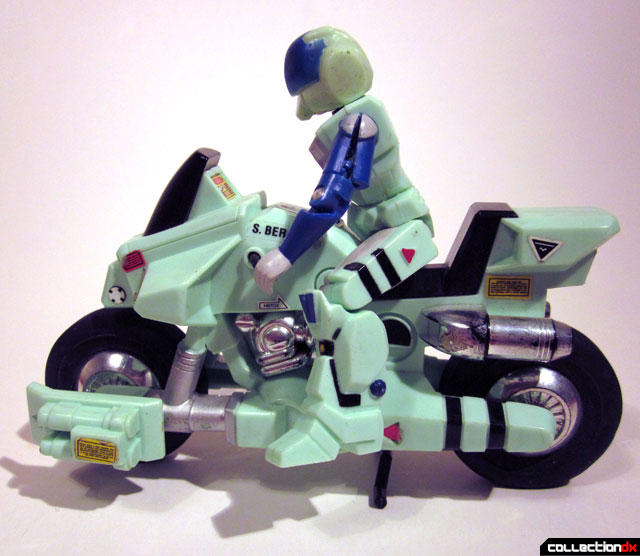 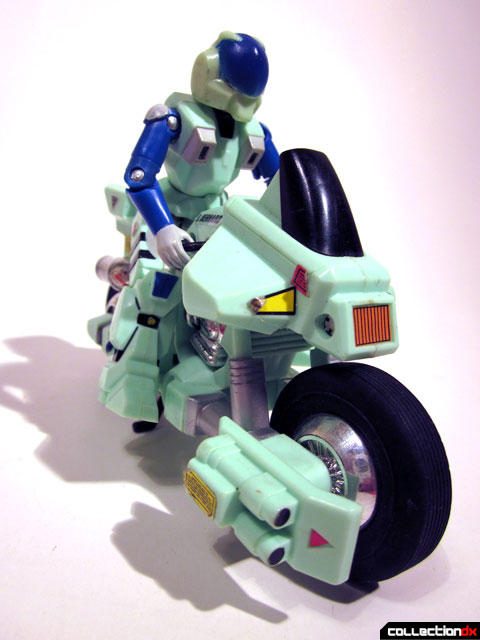 So how do I relieve the stress of all this Matchbox madness? I try to think positive thoughts and imagine if Lensey Matchbox made the Cyclone because the reality just really screws with me. Looking back though, it was actually a great toy with some crazy funk to it, I had a lot of fun playing with it as a kid but I had only wished that Matchbox made the Rook, Scott Bernard and Lunk figures widely available to everyone as to make full usage of this rather fun Cyclone toy by 80’s Matchbox.

©2013 Pictures and Review by Leonardo Flores

I get this feeling that this is akin to self flagellation when it comes to Matchbox stuff for you. :D

Only matchbox toys I had were the Spartan and Phalanx mechas, back when they first came out.