Ah, Laserion, why do you get no respect? Are you not full of metal, like the other chogokin? Do you not shoot missiles? Is that not a large, shiny sword you wield?

Sad to say, but it is true; Laserion is one of the least-loved godaikins. Perhaps it is because he is so easy to get? I can understand why kids didn't exactly jump out at him when he hit the stores back in 85. He looks nothing like any other toy in the godaikin line, save for his big DX brother. He has a classic 80's version of the future look, with shiny chrome mixed together with blocky video warrior goodness.

To be fair, Laserion doesn't transform, and there was no show on television in the US for him. The only way people would recognize him was through the rare Laserion video game, a laserdisc game like Dragons Lair. Laserion had the chips stacked against him from the very beginning.

But Laserion is actually a great little toy. He's full of metal, comes armed to the teeth, and shoots missiles. Standing 5" tall and weighing half a pound, he is a toy no chogokin collector should be without.

Let's start with the head. Laserion's head is actually a little chrome spaceship that docks into a hexagon-shaped housing. This ship is almost always lost in loose versions of the toy. The head connects to an entirely metal body. Arms are chrome plated and jointed at the shoulders, elbows and wrists. The upper legs are solid metal as well, and connected to the body via ball joints, enabling laserion to achieve more heroic poses than your average vintage gokin. You get a detented knee joint, and ankle joints as well.

For armaments, Laserion has a chrome sword that he can hold in either hand. He can also hold a gun that fires 6 small, red missiles. To top it off, Laserion also has 2 chrome guns that can attach to sockets in his knees.

That deserves respect in my book. Laserion is a great little toy, and a must for any Japanese Robot Collector. 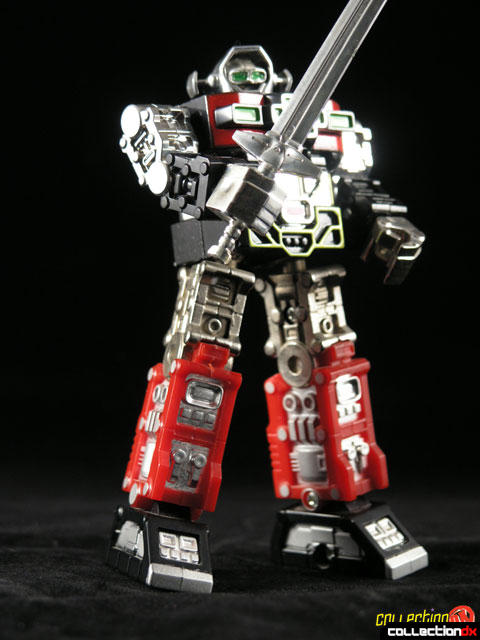 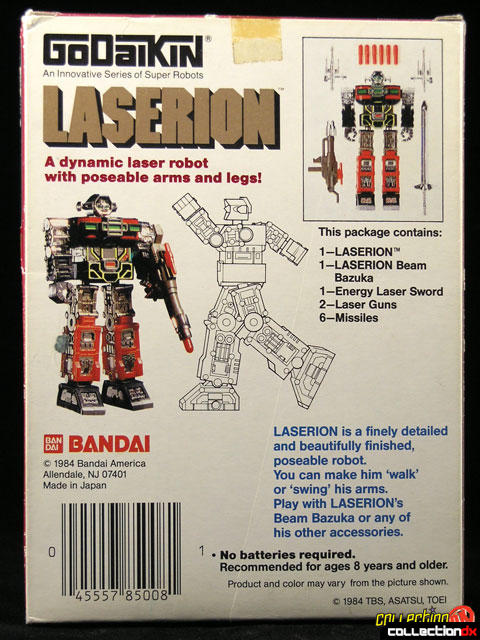 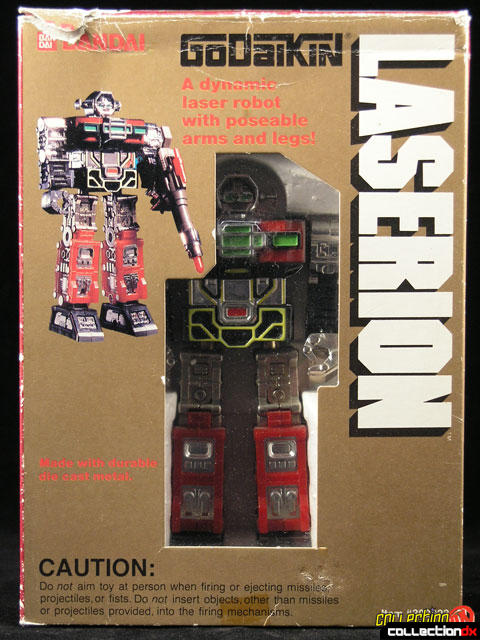 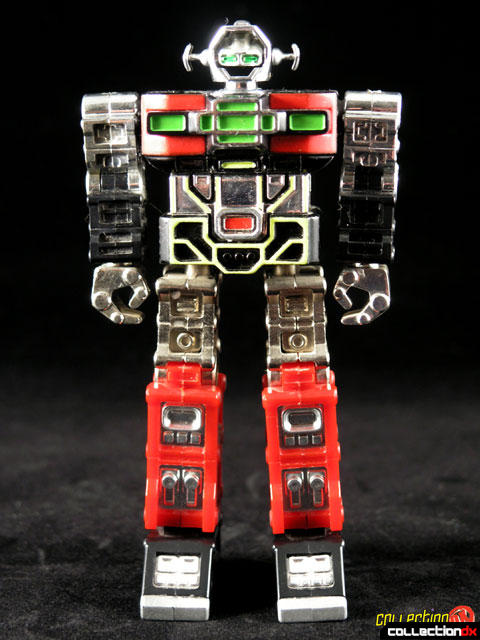 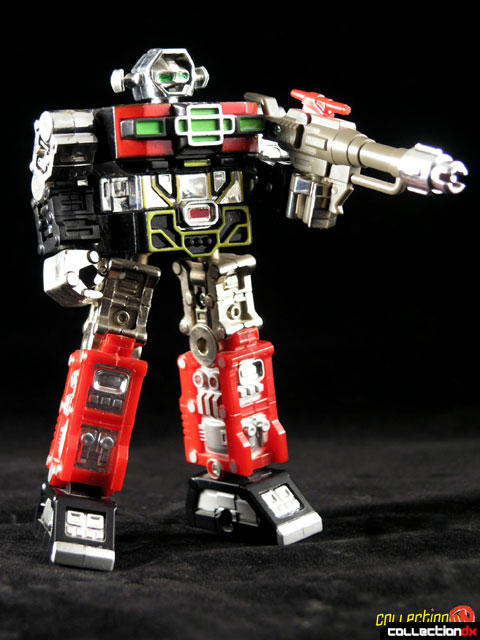 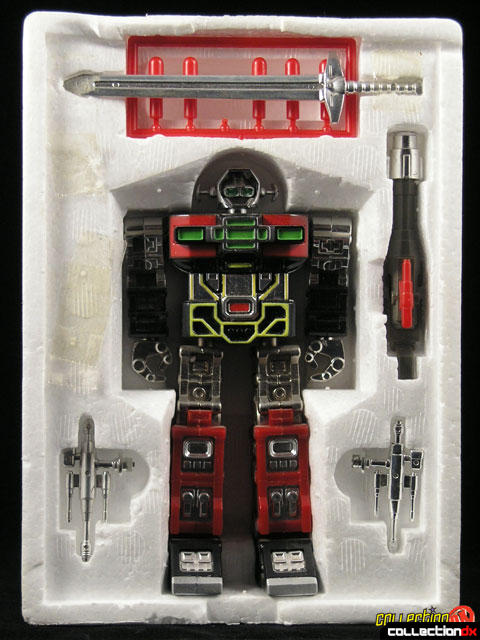 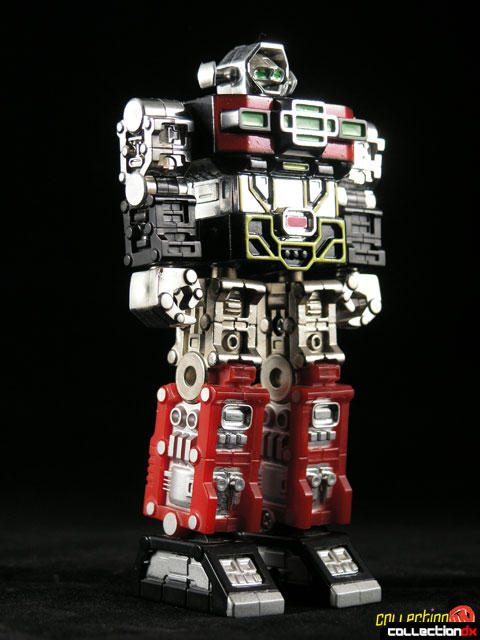 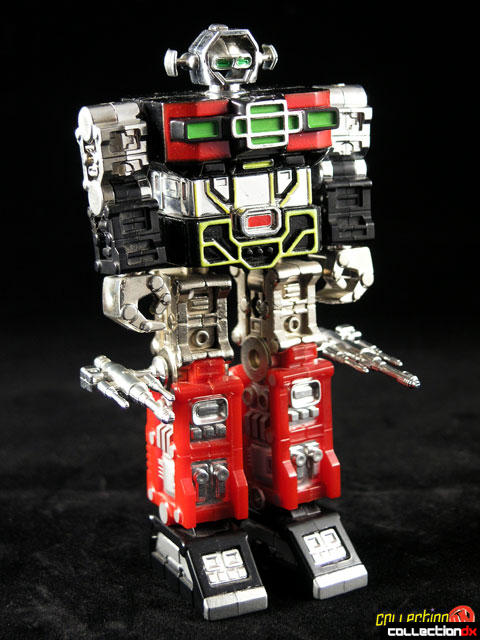