Spoons began live as Forklift Robo from the MachineRobo line in 1984. The original Japanese version was all orange and it wasn't until it became a Gobot that the main body was changed to a cream color. The "34" on the chest is a reference to it's MachineRobo number - MR-34. 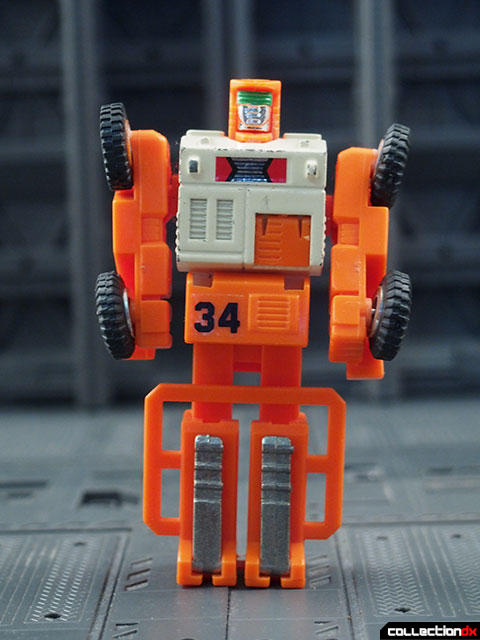 In vehicle mode, Spoons is immediately identifiable as a forklift, although its unknown if it's based off of a specific model. The forks on the front are diecast metal, and the lifting action actually works. 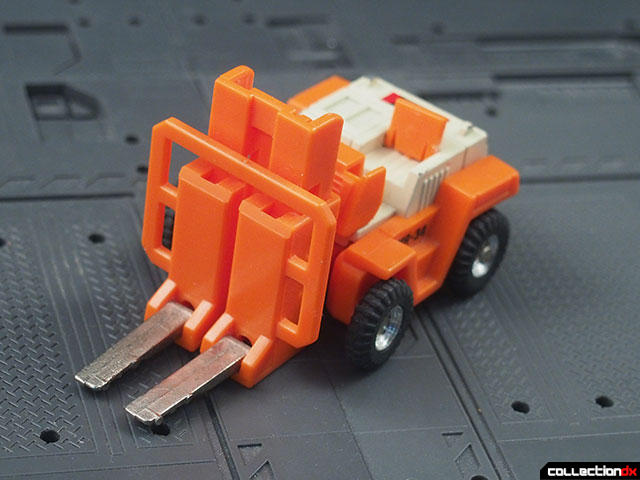 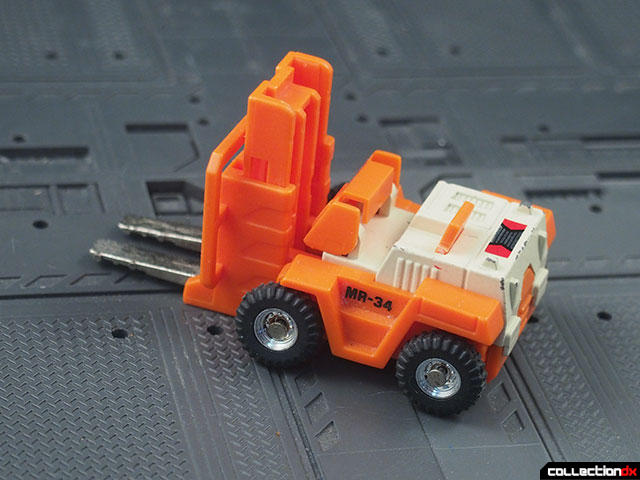 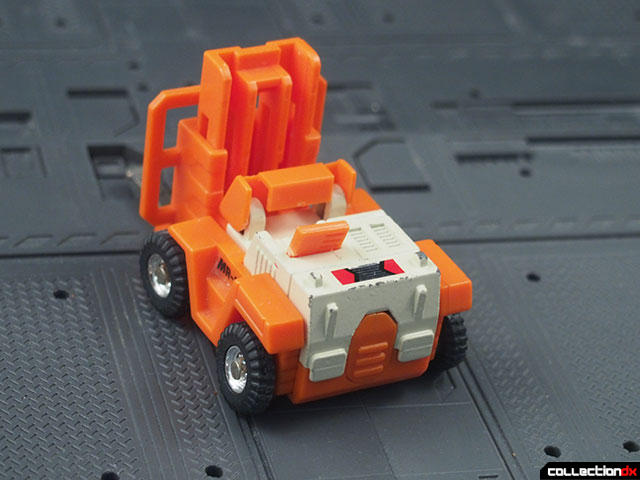 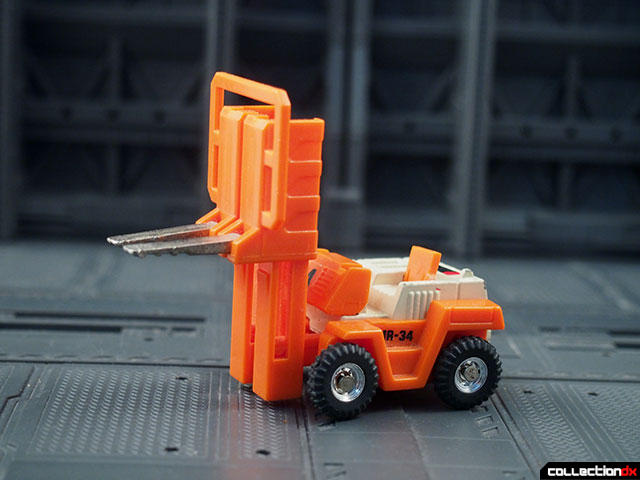 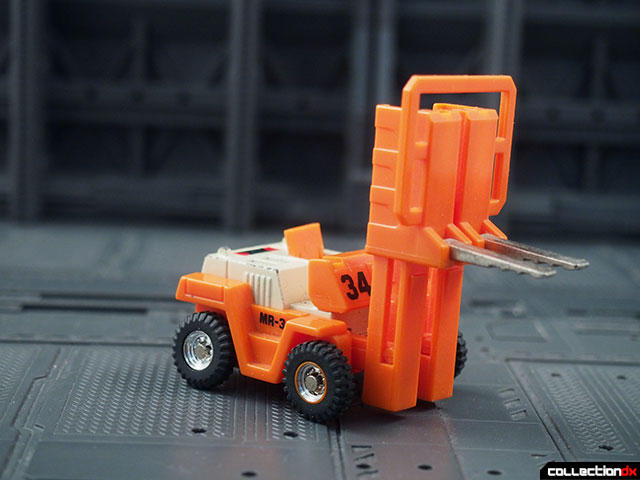 Transformation to robot is not as easy as it seems. It sometimes is quite difficult to get the arms out from the body, often resulting in a broken Gobot. Wheels are often loose and can be broken off as well. 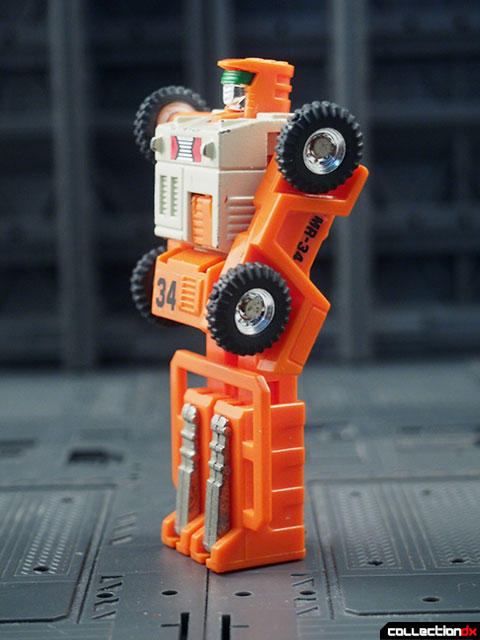 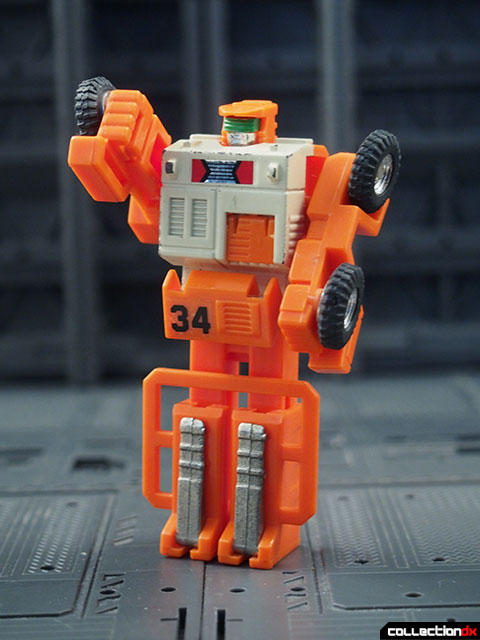 Articulation is limited to the arms, and the head can be raised via a lever on the back. Over time, this friction lessens and can make the head descend back into the body easily. 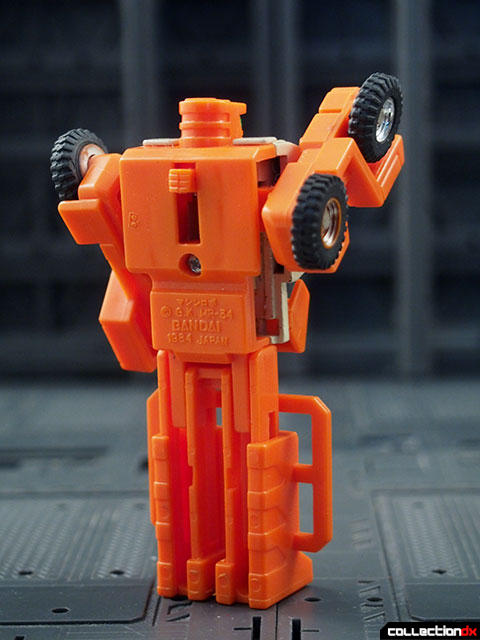 Spoons is a solid little robot. There are some variations, and a ton of bootlegs. Bootlegs are usually all orange (based off the MachineRobo version) and often sport other numbers on the chest.

I recently acquired one of these. The only trouble I have is pushing the arms up and down while transforming him. When I first got him I had to look up the instructions because I thought the arms were put on upside down. That's just how hard they are to move. I guess it's better to have joints too tight than too loose. Also, I think it's really cool that their is something unconventional like a forklift Transformer among all of the cars, trucks, tanks, and aircraft. Though for me, the only thing about Gobots is that I have to get used to how a lot of their heads look. Other than that, I love them!

The "Looking For ..." Box on this article is priceless. "looking for SPOONS?"