Select apparently had access to a lot of product by MARK, because they included so many different types of toys under the Converters brand. You’ve got Orguss, Macross, Dorvack, transforming boats, planes, insects even ships! There’s no rhyme or reason other than Select had access to the properties. It’s a randomness that I’ve grown to love and now makes me hunt down original releases from Mark.

This particular release is Robat from the Avarians, sub-line of Convertors. 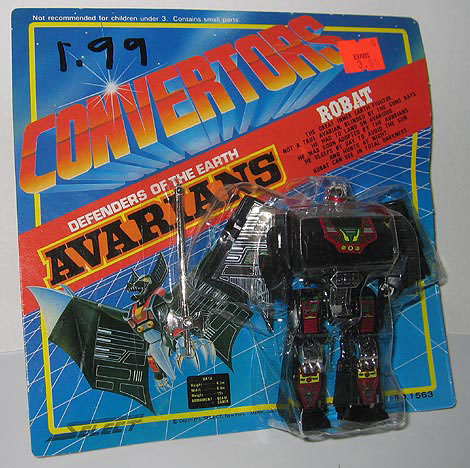 It’s pretty much an exact repackaging of Bat Robo (コウモリロボ) from the Bird Robo (バードロボ) line by Mark. 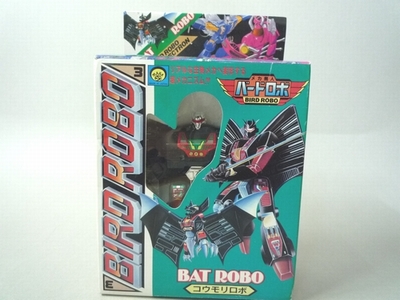 So what if a bat is technically not a bird? Japan don’t care.

It’s actually a sturdy little robot with fun transformation. Yes, the plastic is of lesser quality than a Transformer of the same era, but it’s nowhere near bootleg quality. 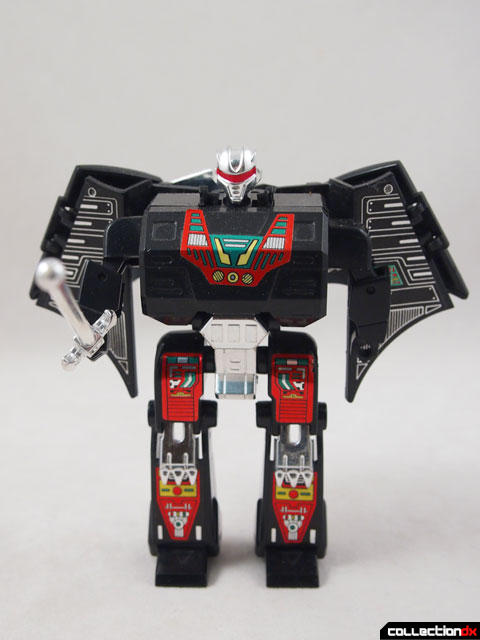 In robot mode, there are few cues that it is a bat. The head is shiny chrome and the black body has a great 80s mecha feel. Arms and legs are poseable, with nice stickers and chrome accents. 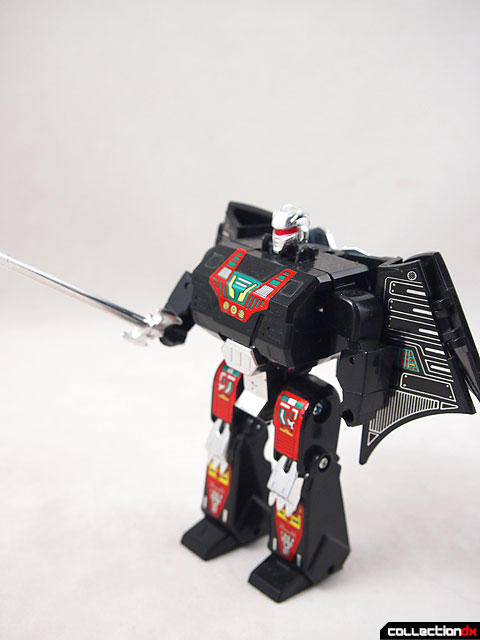 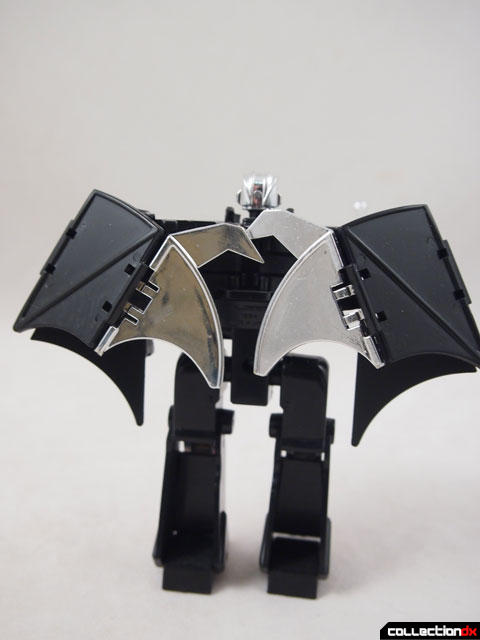 You’ll note the chrome sword has a round ball at the tip for safety. This is actually included in the Japanese release and not an American safety add-on. 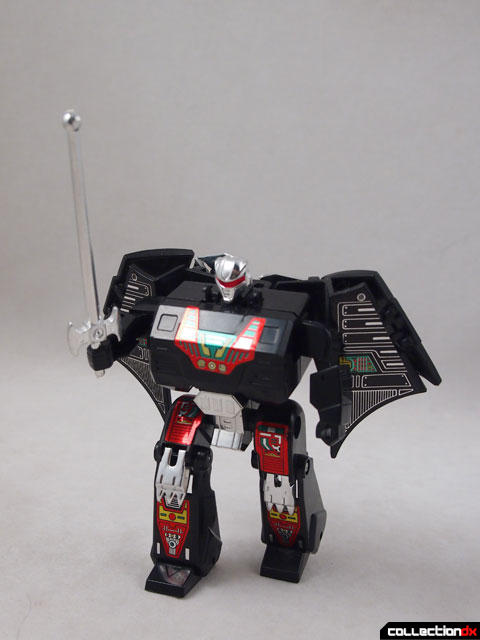 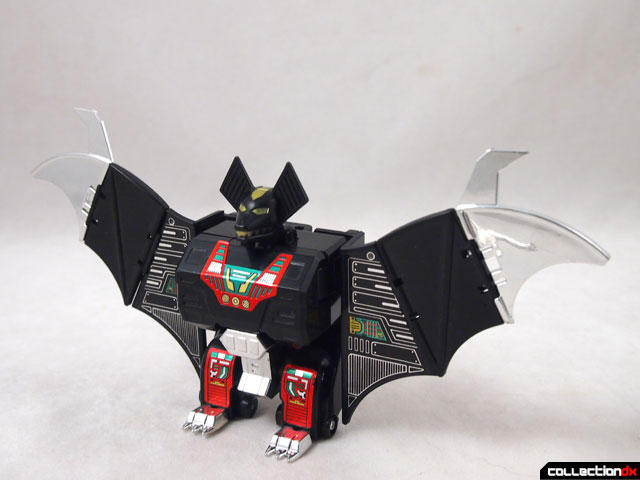 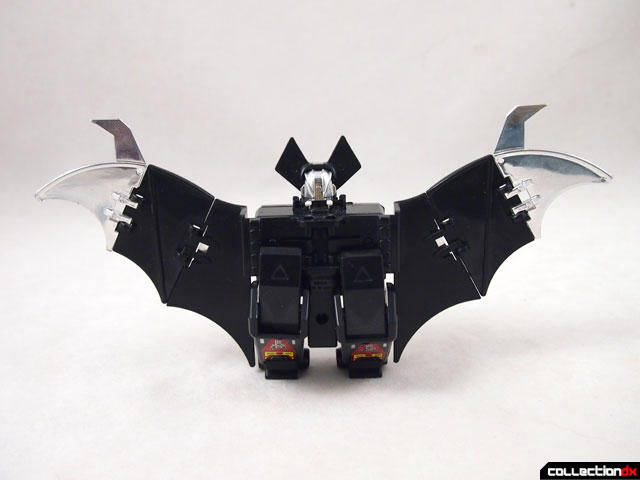 In Bat mode, I guess it sort of looks like a bat. It has the cartoon-elements of a bat – it’s black, it’s got wings, and a bat-head. Therefore – bat. 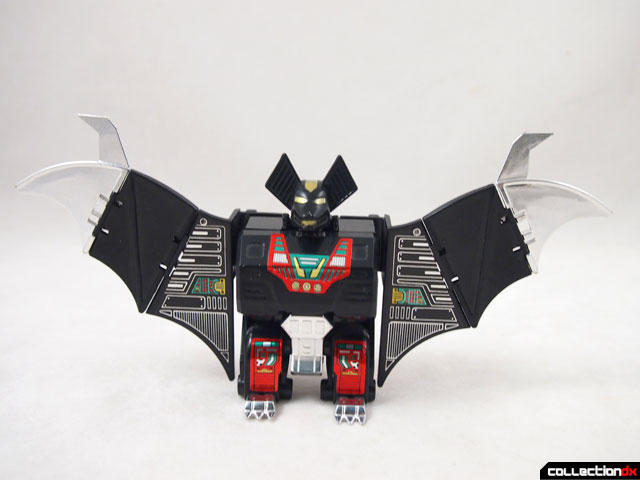 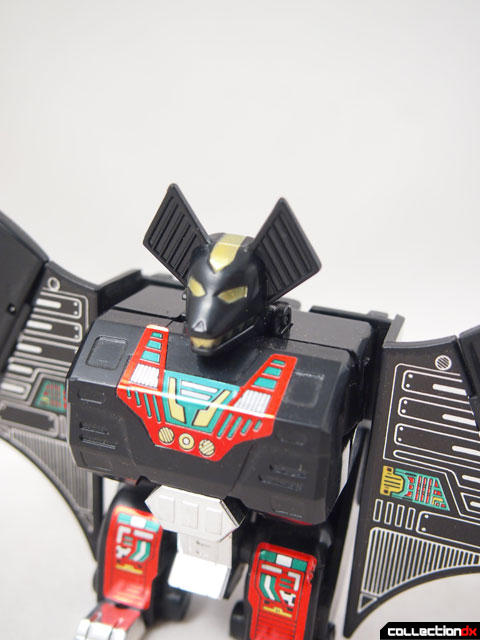 These are fun, cheap and plentiful – a rarity in this age of toy collecting. Grab one when you can.

5 comments posted
Ooh I love these. I had the

Ooh I love these. I had the peacock one. The transformation on Robat seems similar to the Transformer Headmaster Mindwipe who was also a bat but that came a bit later.

Those five Avarians plus the four Super Defenders from the Convertors toy line, are at position number one on my list of favorite toys of all time!

I remember this toy from my childhood. Mine was knock-off with no chrome and yellow head.

It was a cheap and simple toy, but I played a lot with it, until one of the arms snapped off, that is. What I liked to do was to transform it into robot, but leaving the bat head and open wings. Totally sweet hahah

This is the umpteenth time that you have reunited me with a great toy I had completely forgotten I had growing up. I have no idea what happened to mine, but at least the memory has been saved from fading away completely. That's why I read this site every day. Thank you!

Oh yeah, I fondly remember this one. My first one got stepped on by my late grandpa (still remember that moment lol). Then some time later I bought another one, forgot how it got broken up. The torso is all that remains now in my vault.