The Mini Cooper Robo is one of the harder to find toys in the line, mostly due to the fact that it was only released in Japan, and was not part of Gobots in USA or Robo Machine in Europe. One can only speculate why it was not released, perhaps it was a licensing issue with Mini? Maybe something about it didn't meet safety standards? Or maybe it wasn't a very good toy. We may never know....

I finally got one after years of searching that I was assured was never removed from the box. Well, consider this a lesson in asking for more pictures, because the toy ended up being less than mint. But at least I have one, and that's better than not.

The box was your typical Machine Robo box in the 80s, sporting the raibow motif that indicated the transitional period from Popy to Bandai. 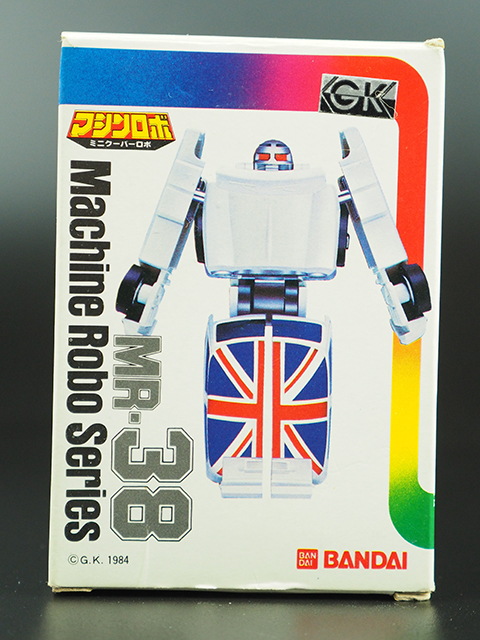 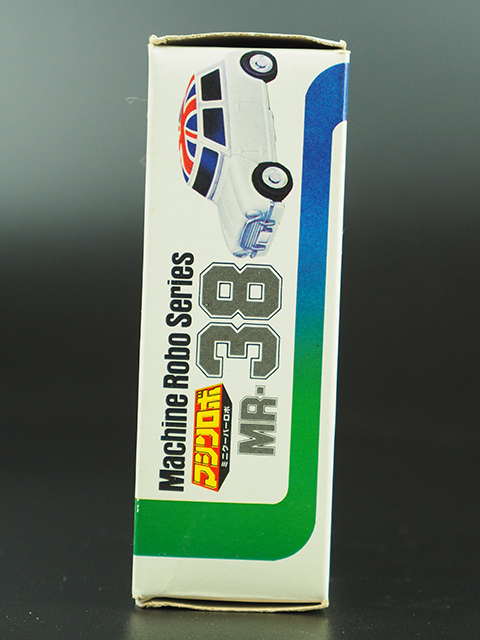 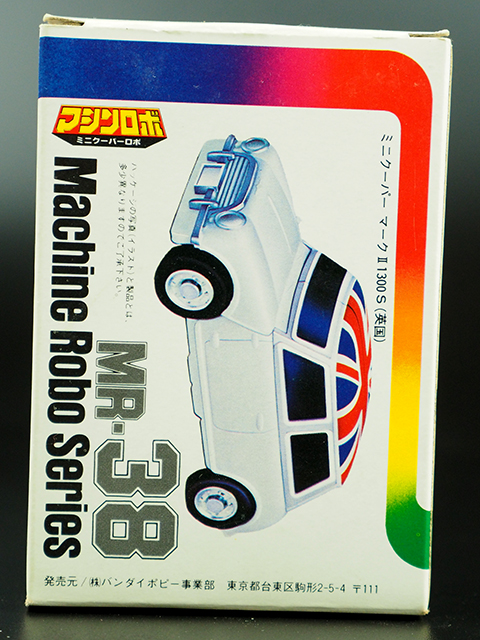 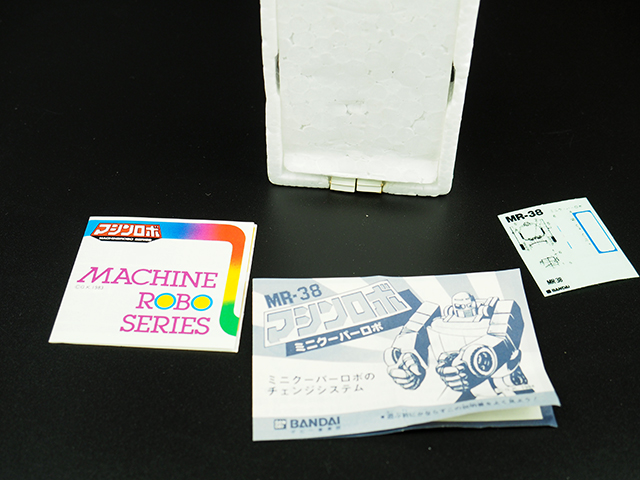 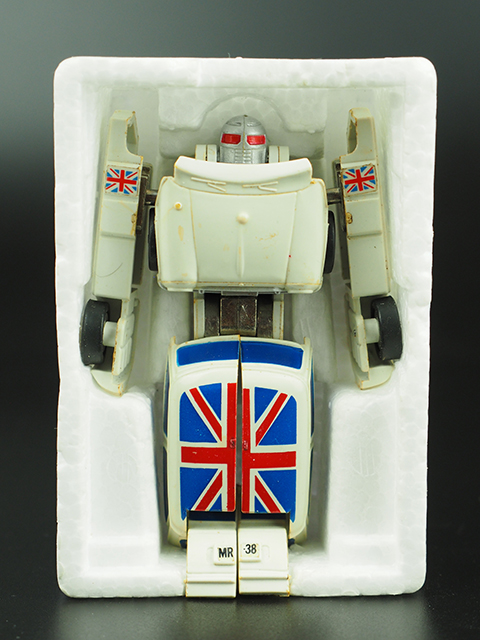 As you can see, there is a lot of discoloring, and some slight sticker peel. It's tough to find vintage pure-white toys anyway, but I was hoping for better.

Robot mode is ok, but the legs are problematic. The meat of the legs is diecast metal, but the joints are super tight, and it feels like separating the plastic housing could result in breakage. 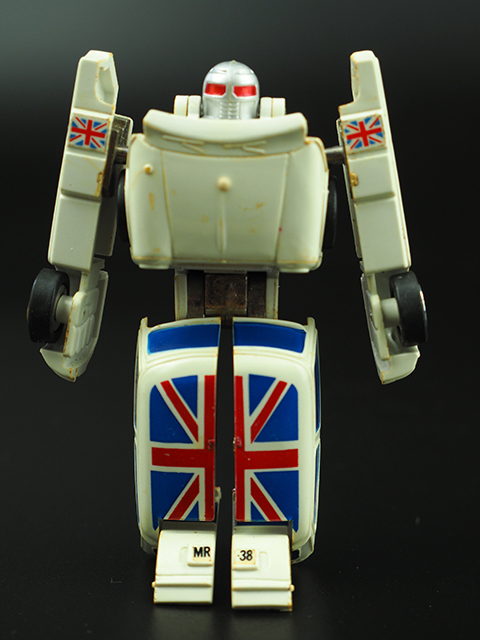 I love the large, cartoony, molded in fists in the hands. 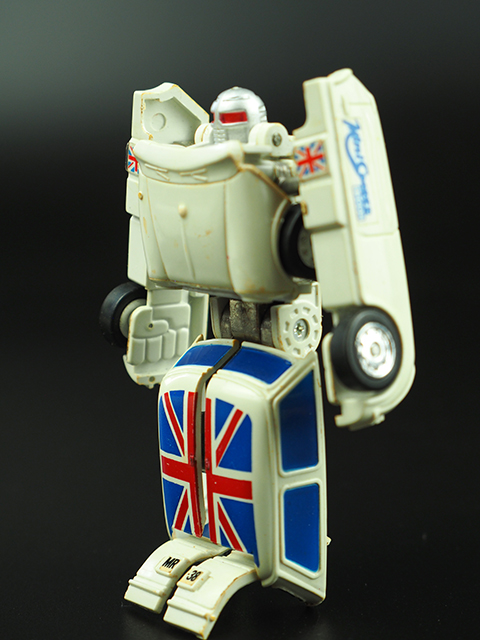 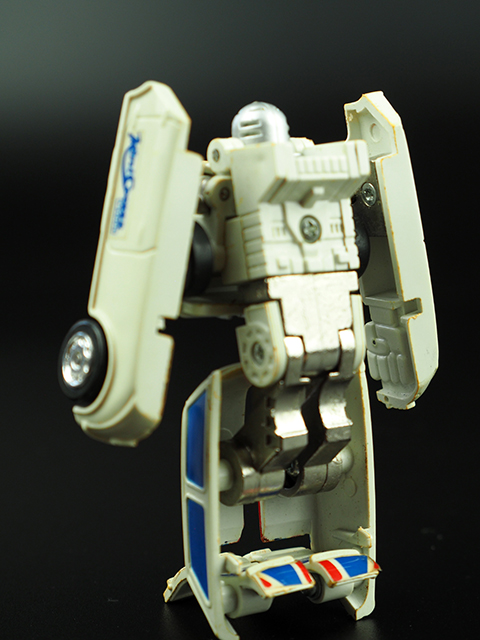 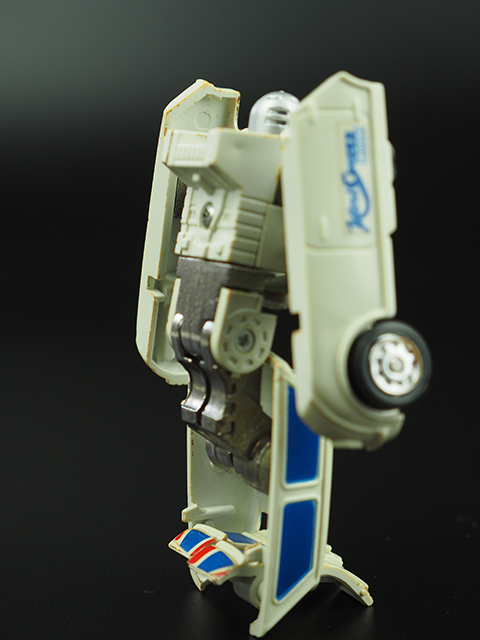 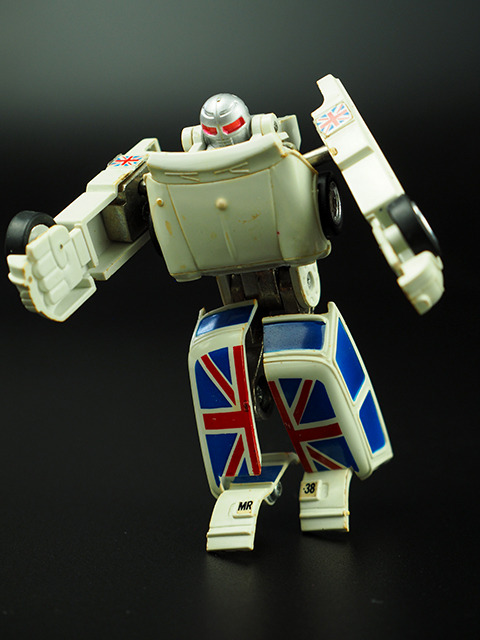 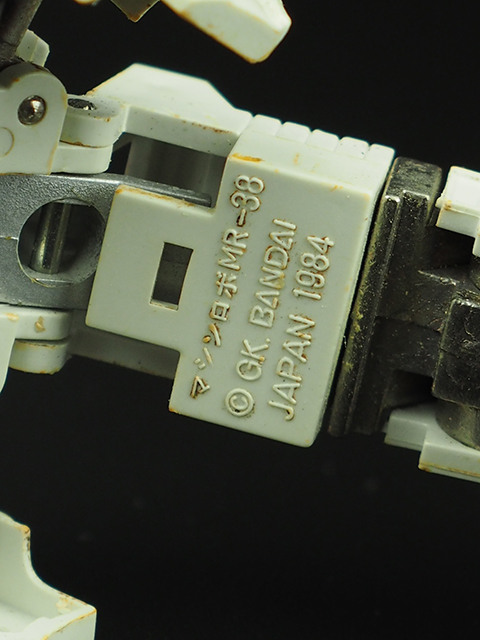 The vehicle mode is based on a late 70s Mini Cooper 1300s. It does not line up well. As hard as I tried, I could not get all the panels to lie flush with each other. 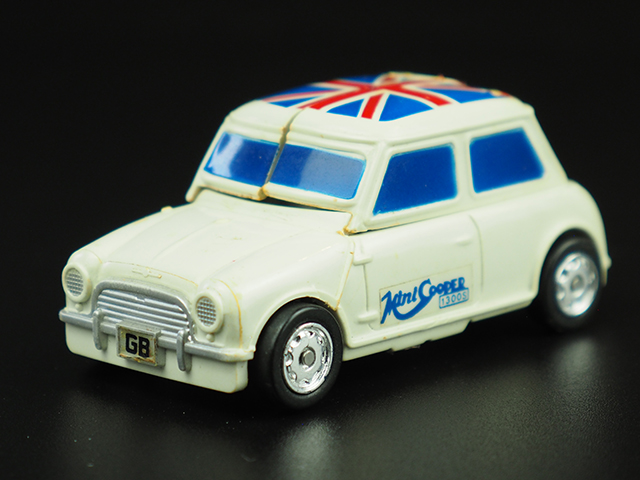 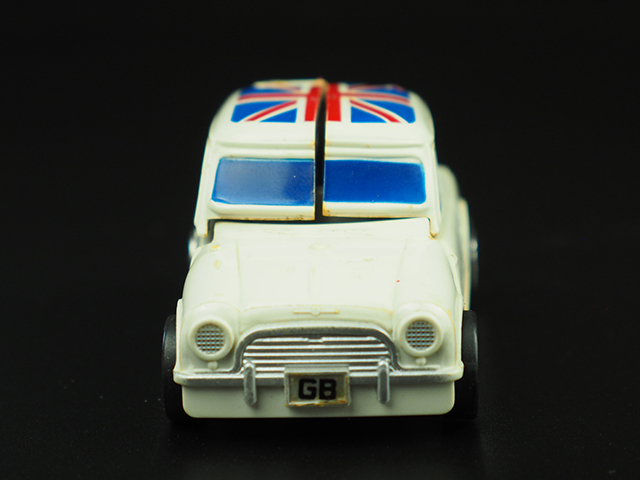 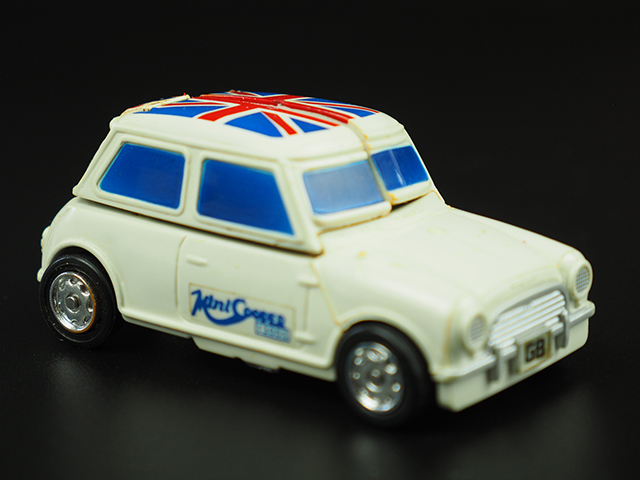 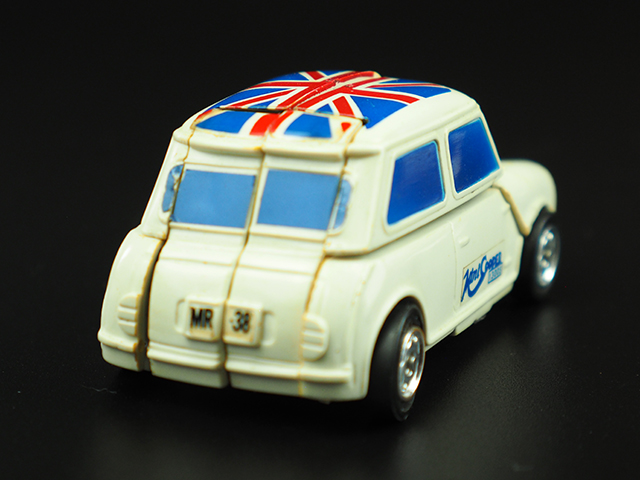 I feel a bit anti-climactic, and I paid too much, but it fills a hole in the collection. On to the next one...