The Zybots were a little loved line of minor shovelware in the highly congested transforming robot market in the mid 80's. These figures were full of cheap plastic and questionable design Choices, the fire truck in the line, very creatively named "Hot Stuff" (the fire engine) is, from a distance a competent almost good generic little robot but, if you looka little closer... We'll get to that part later.

Hot Stuff's alt mode is a Christmas themed giant stegosaurus. That would be cool right? Yes, it would. But these obviously very dedicated designers took a very innovative approach to alt modes as Hot Stuff turns into... You guessed it... A fire truck. No, there are no prizes. 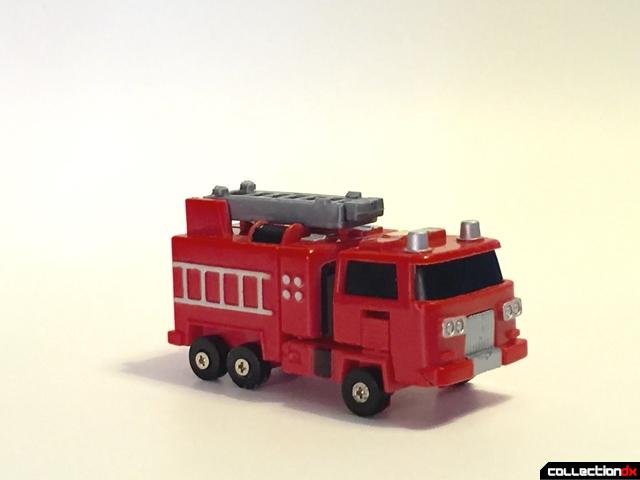 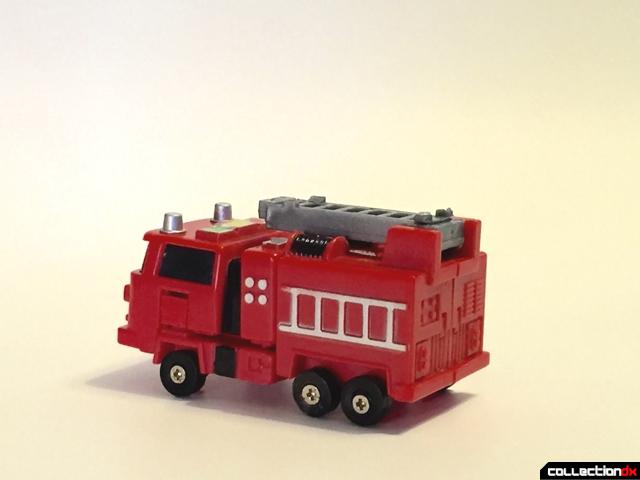 In a... competent bit of engineering the ladder does move and extend... Cool. 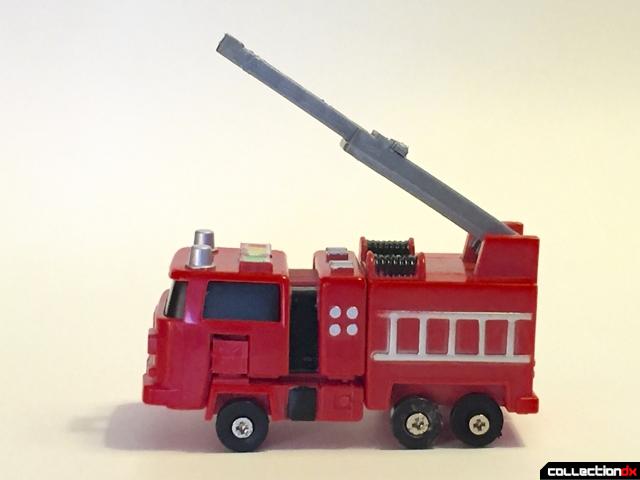 Transformation is predictable. Pull out the back to reveal some rectangles- thighs I guess. There are also some arms that come out, but the only clue that those even are arms is that fingers are molded into the bottom. You also pull out the front to reveal Hot Stuff's nothing face. Do you see a face? Me neither. The ladder comes off for this mode and you just put it aside. That's commitment to excellence. 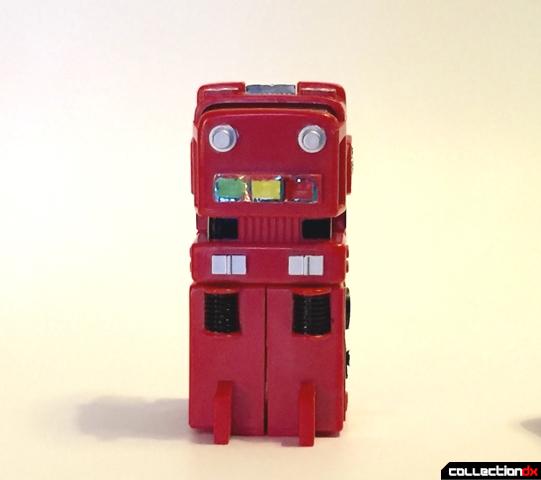 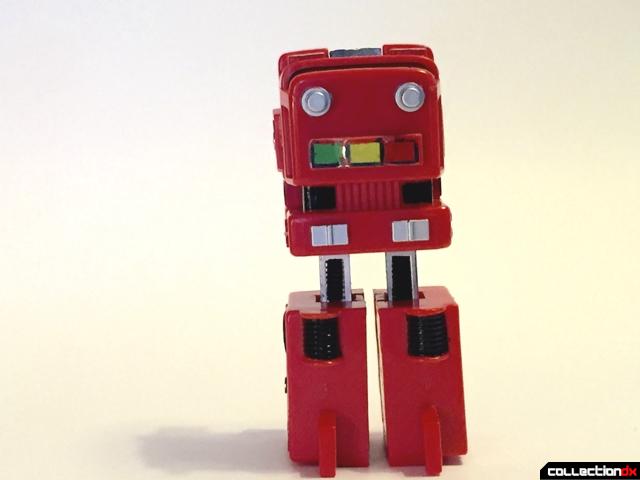 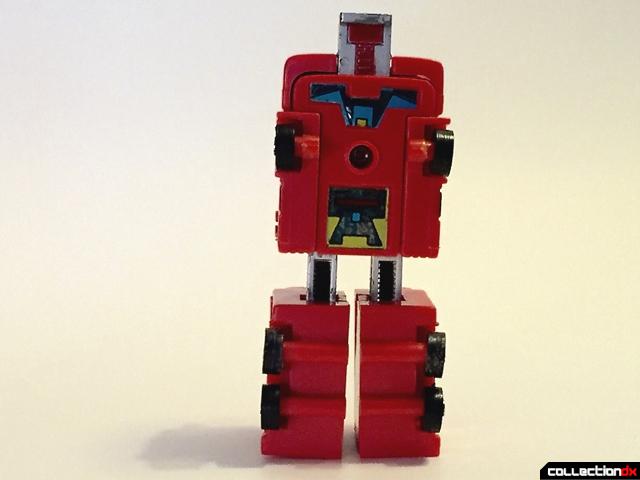 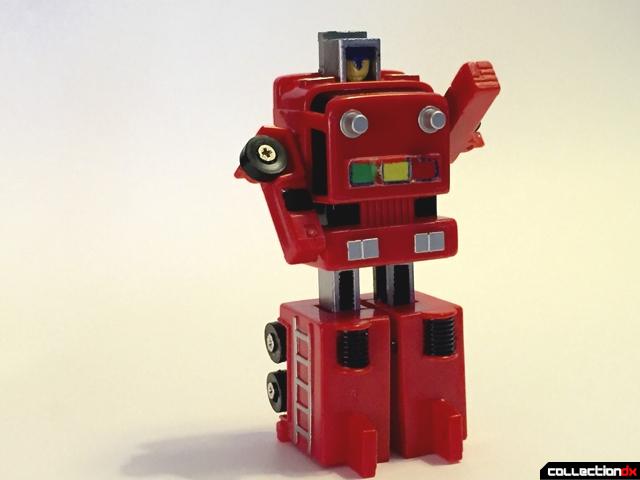 Look at the back- I Dare you. No, you're not pretending, that's another robot... On the back. Real nice. I have no comment. 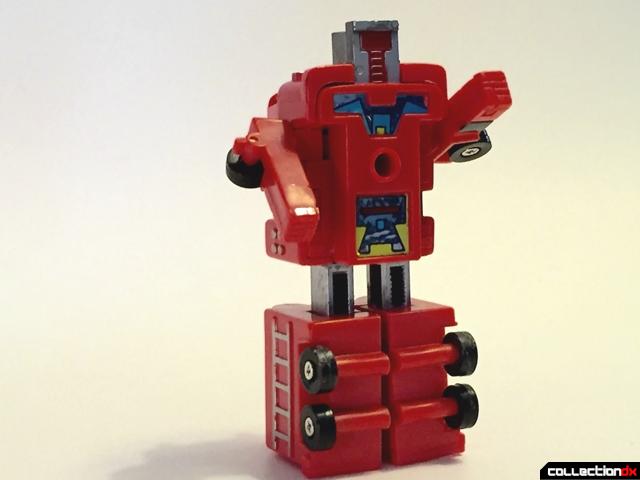 Is Zybots Hot Stuff worth your money? Yeah, I would pay two bucks for this. One dollar for the robot on the front, and one for the OTHER ONE ON THE BACK!

I pity this thing.

His evil counterpart is close by...

So, do you CDX reviewers have a quota for the number of reviews you have to do orrrrrr...

No quota. The basic rules are:

I've seen a photo of the Zybots combined mode. I wonder if certain bots are interchangeable or if everyone has a specific place they have to go (like G1 Devastator) Not sure if the second robot mode was intentional or accidental, but he would make for some great fan art/fan fic. I saw one person above comparing him to Punch/Counterpunch.