This Highway Rescue Car (ハイウェイレスキューカー) is based off of a Toyota Land Cruiser 60. It's part of Mark's Rescue Robo series (レスキューロボ) of which this is the third. I am unsure what the other ones are.

The box is beautiful and bright. Like many of these cheap toys, the box features a beautiful airbrushed image of a robot who is much nicer looking than the robot inside. 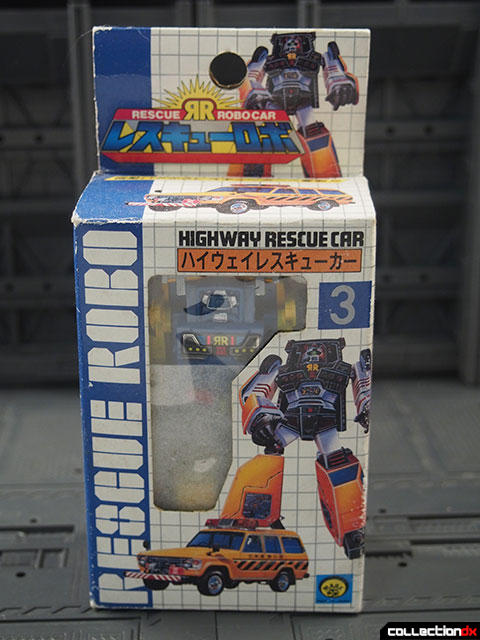 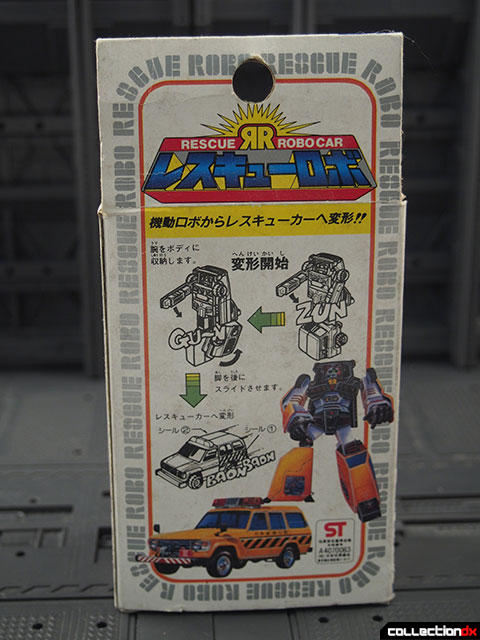 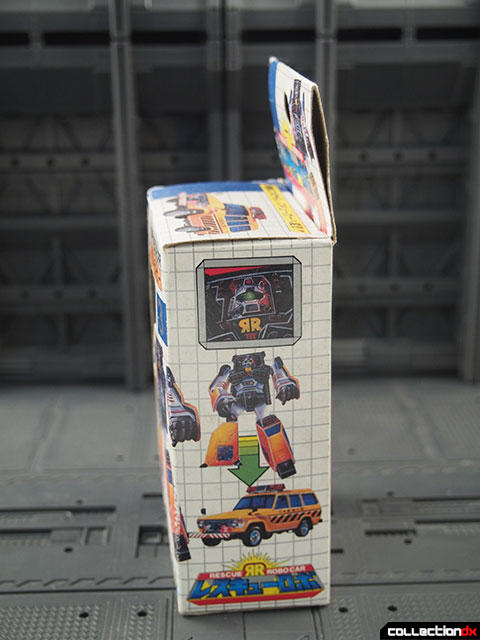 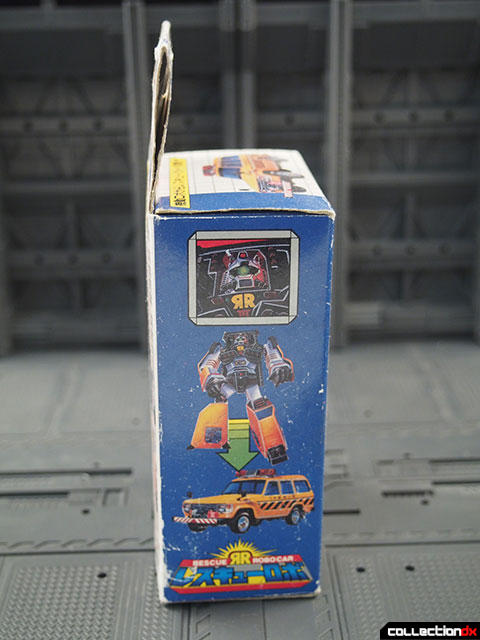 In robot mode, the toy is just a bit smaller than the average Go bot and features diecast and plastic construction. The diecast is substantial and gives a good weight. 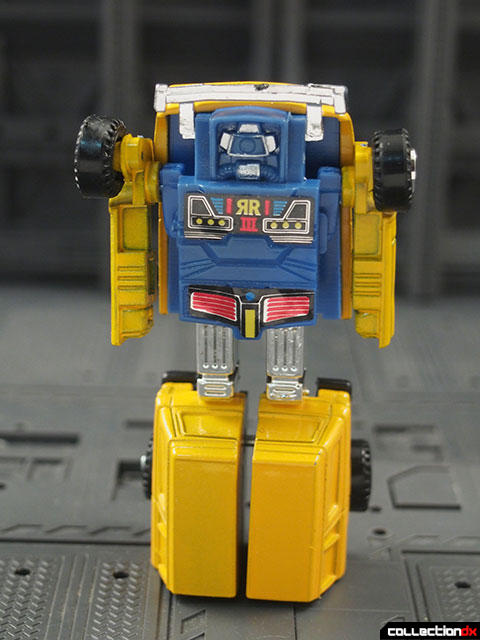 Notice that the face resembles a Zaku slightly. Also notice the "RR" on the chest, and the III denoting the robots number. 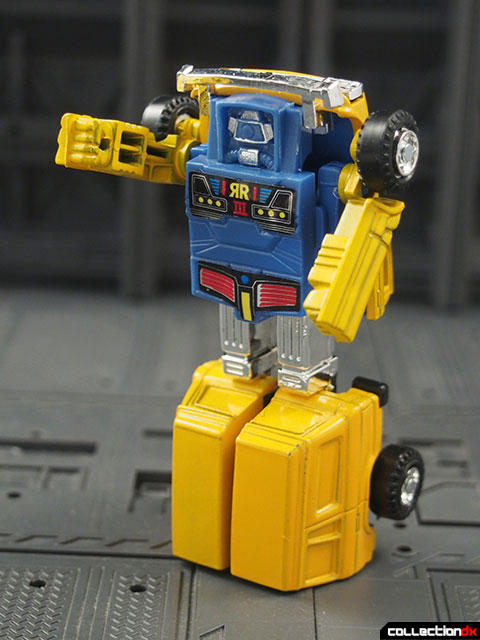 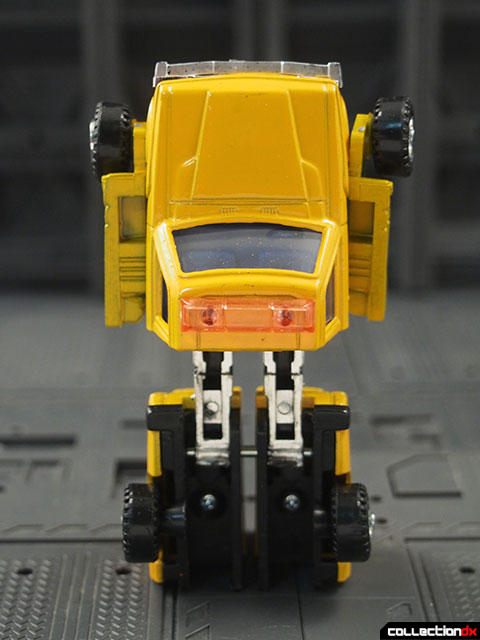 Included is a sticker sheet. Yeah, I applied the stickers. 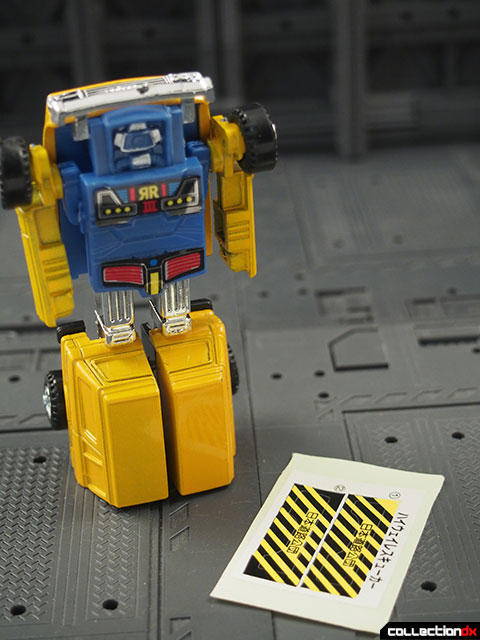 Vehicle mode is simple and compact. There are a lot of seam lines and things don't line up quite right. On the upside, the tires are rubber. 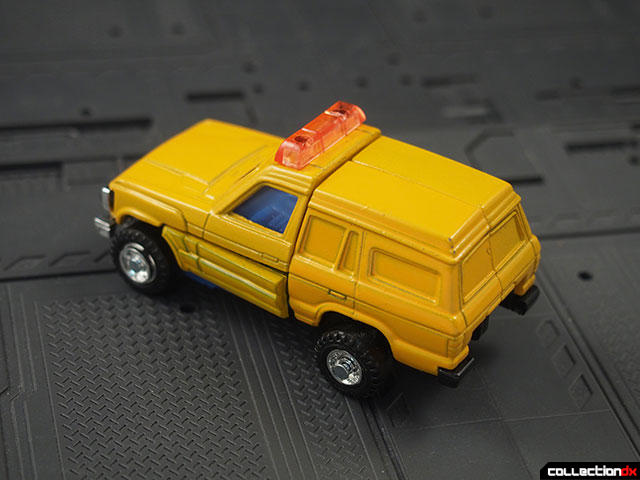 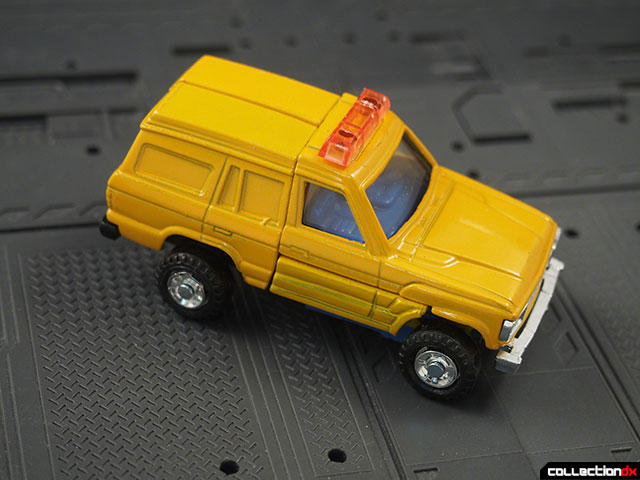 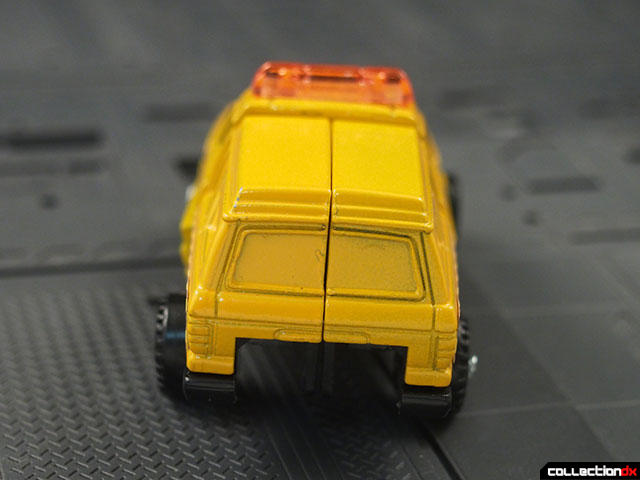 And just to let you know it is a Land Cruiser, the Toyota logo is on the grill. 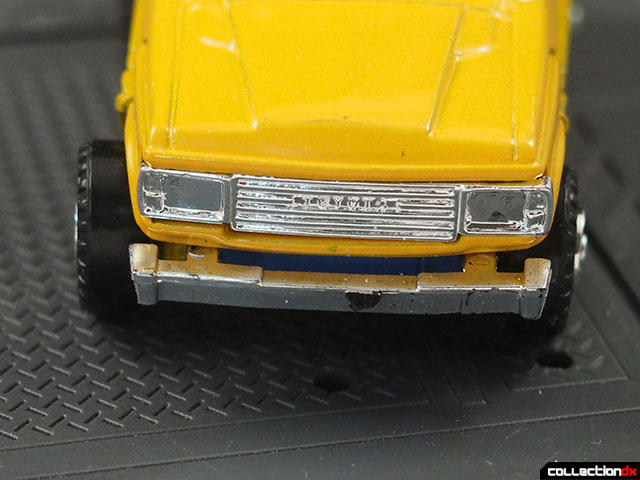 Adding the stickers really makes the vehicle pop. Don't plan on those stickers staying on for long - the adhesive is very weak after years of storage. 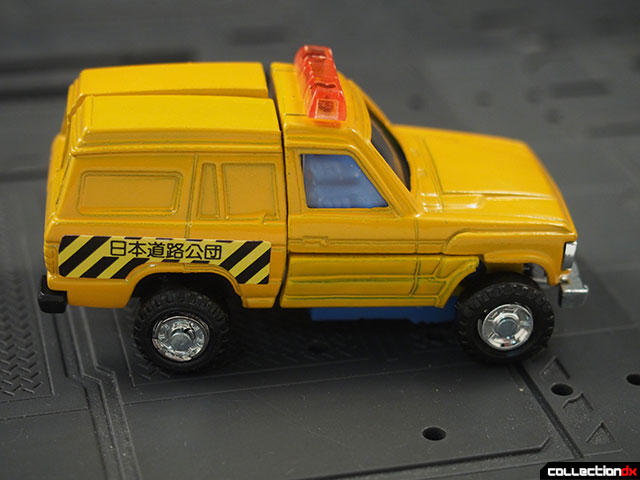 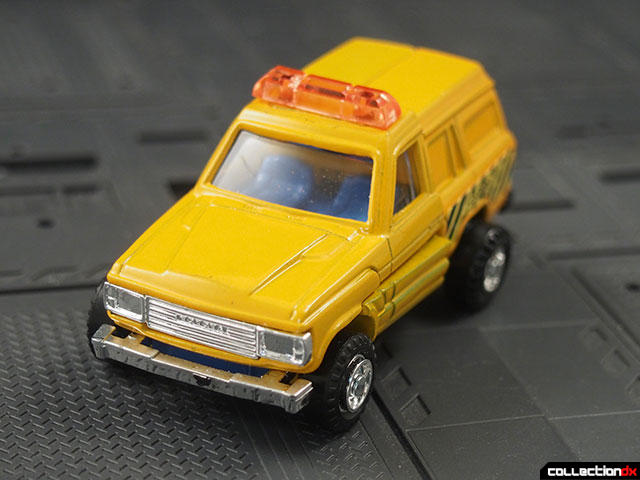 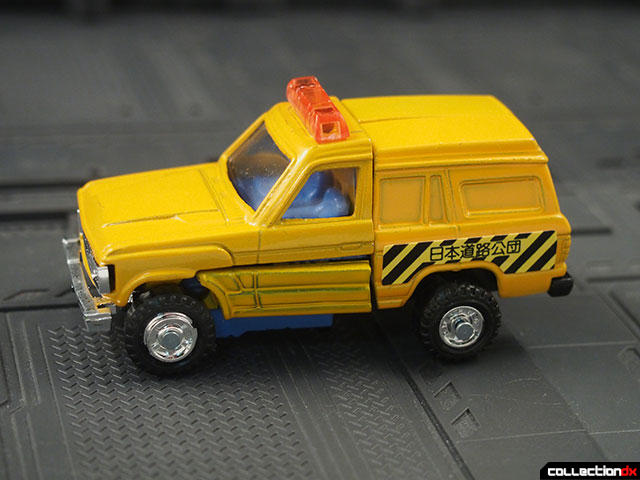 The sticker on the side reads "日本道路公団 (Nihon Dōro Kōdan)" which is the Japan Highway Public Corporation.

This toy was also released in the Robo Car series in blue, without the lightbar or stickers.