This is another one of the treasures I brought back with me from Japan in 2003. I remember this street cart dealer just outside Akihabara station, who had maybe 7 or 8 of these for 800 yen each, case fresh. I bought two, and my friend bought the remaining ones. Satisfied that we got them all, we walked away. When we returned to the station later that day, she had restocked. I just thought it was amazing that these were toys that were almost twenty years old, still sitting around in unopened cases. 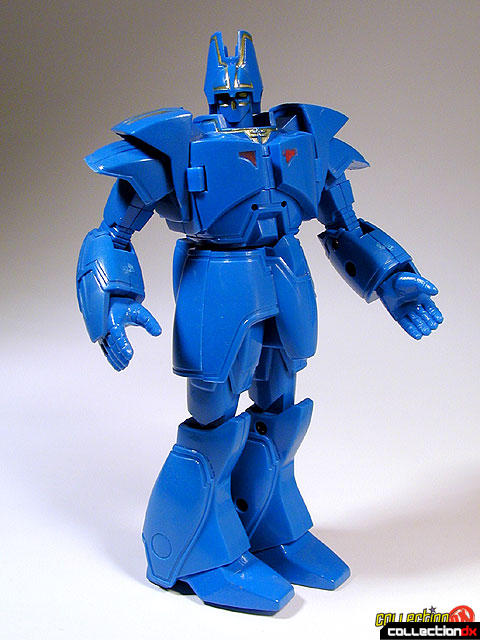 Unfortunately, the story is much more interesting than the toy. This is the 1/100 Giant Gorg "Real Proportion Model", manufactured by Takara in 1984. The toy is about 6 inches tall, and made out of ABS plastic and a some metal. It comes with a gun, base, Yue Tagami figure and instructions. The quality of the toy is pretty low, surprising for a vintage Takara product. There is noticeable sprue marks where the parts were cut off the tree at the factory. The toy is molded in color with very few paint details. Giant Gorg's hands cannot hold the gun that is provided. It has a lot of joints, but articulation is surprisingly limited. 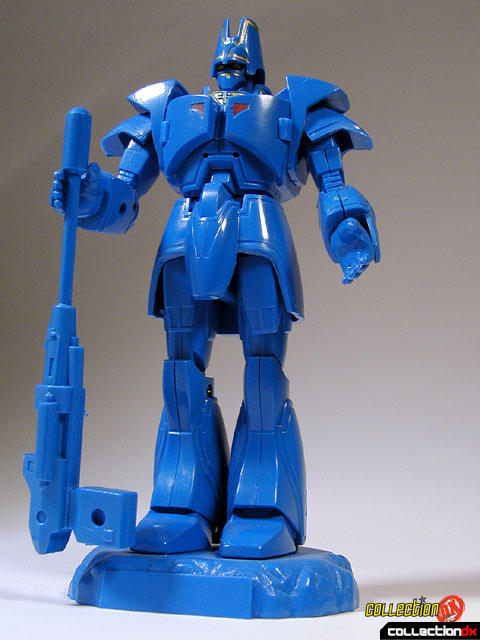 The box art is stunning. 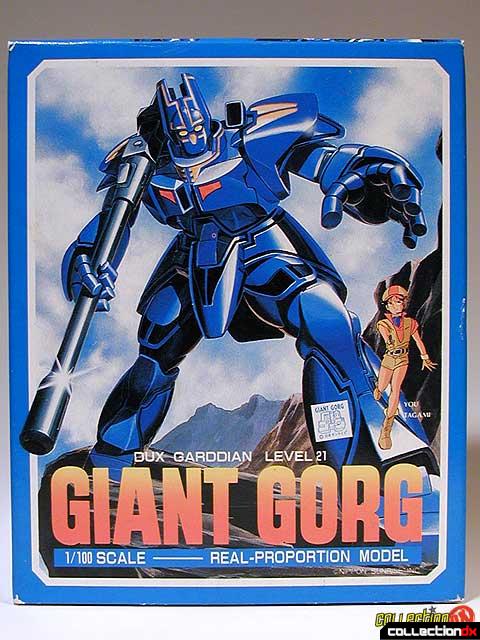 The main feature on the Giant Gorg is the chest compartment. Open it up and you reveal a holographic chrome sticker. there was another version of this toy called Digital Gorg, molded in black, that featured a working alarm clock in the chest. I don't know which version came first, but the holographic sticker seems like an afterthought. 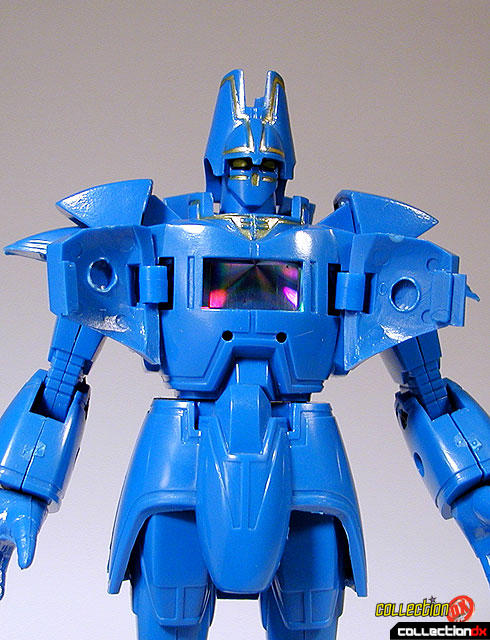 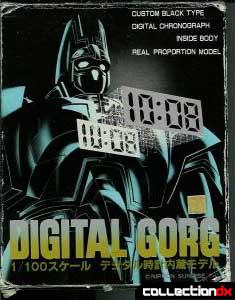 I like this toy because it holds sentimental value. If you like Giant Gorg, or the Takara 80s school design, then you'll like this. If you are looking for a toy you can play with and does stuff, skip it. 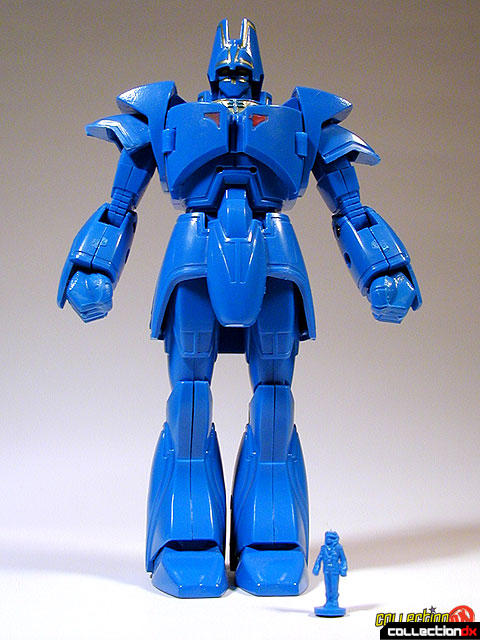