Crawler was released in 1984 as part of the Converters line by Select, specifically in a sub-line called Insectors. But to know the true story of Crawler, we have to go way back to a line by Takatoku called Beetras.

As the name suggests, Beetras was a line of insect-themed robots. Out of the five shown on the catalog, Three were released as Beetras, and two never actually made it to market. Four of the Beetras releases (Beet-Gadol, Beet-Gugal, Beet-Zeguna, and the unproduced Beet Vadim) were actually brought into the transformers G1 line, repainted, and released as Barrage, Chop-shop, Venom and Ransack.

In Japan, Takatoku released the regular versions of the toys, while their cheap-toy subsidary - Mark - put out less expensive versions.

It is in this less-expensive version of Beet-Gadol that Crawler finds its roots.

I'm not sure if Mark ever released these toys as Beetras toys, but they were released in a line called "Mechanical Insect Zectron". The same mold for Beet-Gadol was also used by another cheap toy company, JAM, as part of their "Mechanical Insect" line.

The Zectron toys would be imported into the US by Select, and re-named Insectors. Its unknown if Mark and Select were the same company.

Crawler takes the form of a Japanese Hercules Beetle and is molded in blue and grey metallic plastic. If that blue looks like the fragile blue plastic that Popy used - you are correct. It is just as fragile as the blue plastic used on Gordian's legs and the blue Albegas robot.

In beetle mode, Crawler is compact and somewhat spindly. Both of the wings on the back open, and the horn on the front can move. 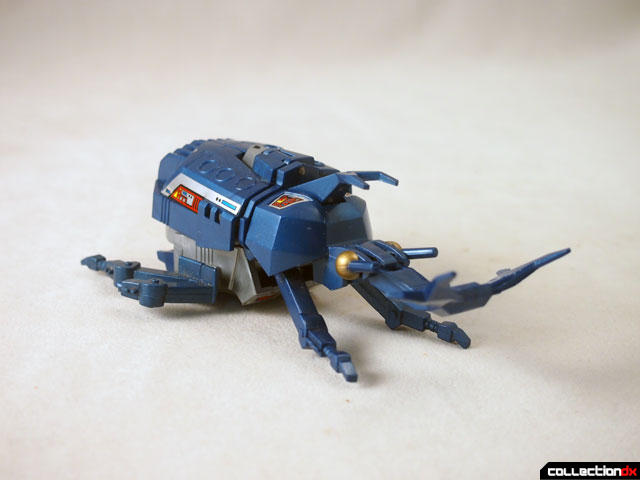 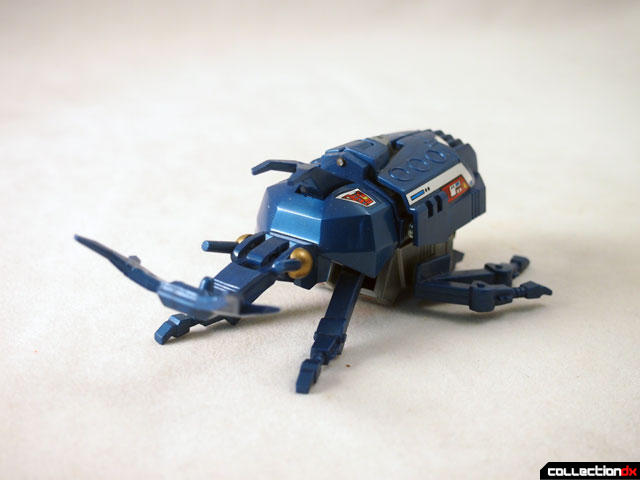 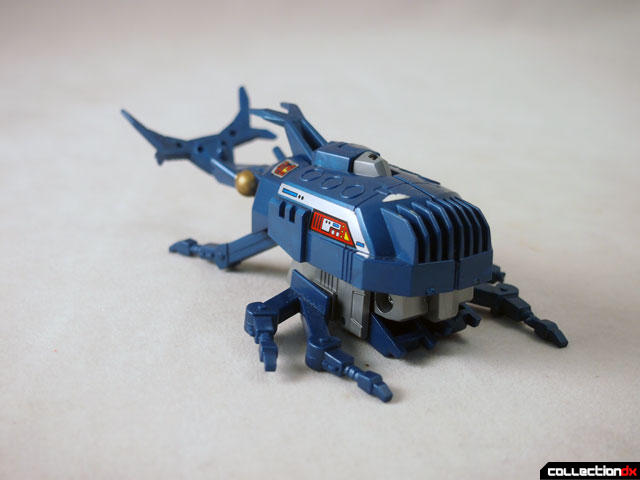 If Crawler hasn't been transformed recently, you are going to have a bad time. The joints are tight and plastic tends to get stuck which leads to broken pegs and hinges. Finding one loose with all the parts, unbroken, is near impossible. My specimen is missing one of the toes on one of the insect legs. 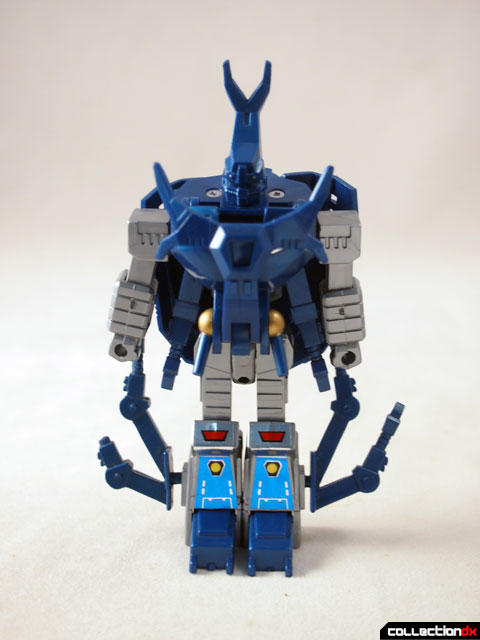 Robot mode looks great, with tight details and a few stickers for color. 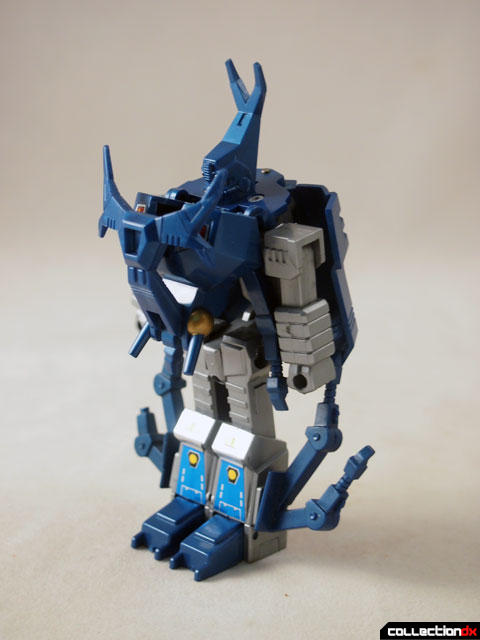 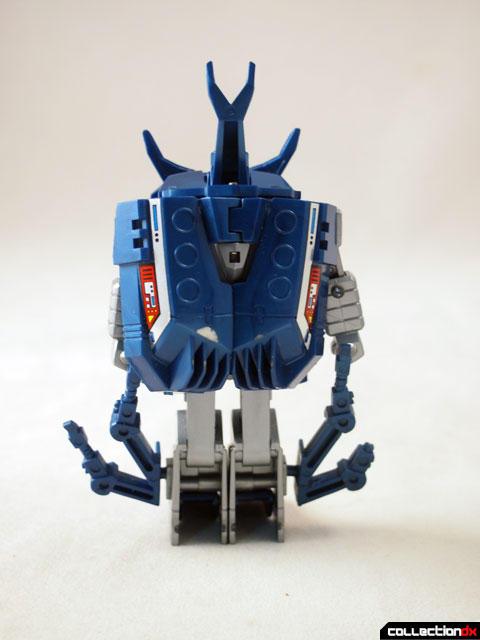 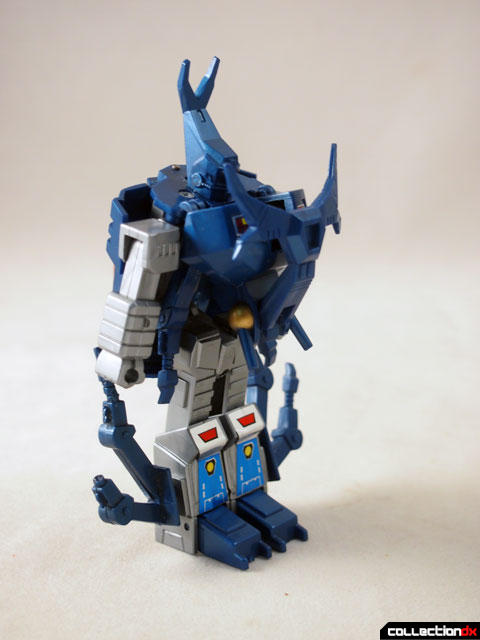 The gold gun fits snugly into the hole in the arm. Don't force it in, or the peg will break when trying to remove it. 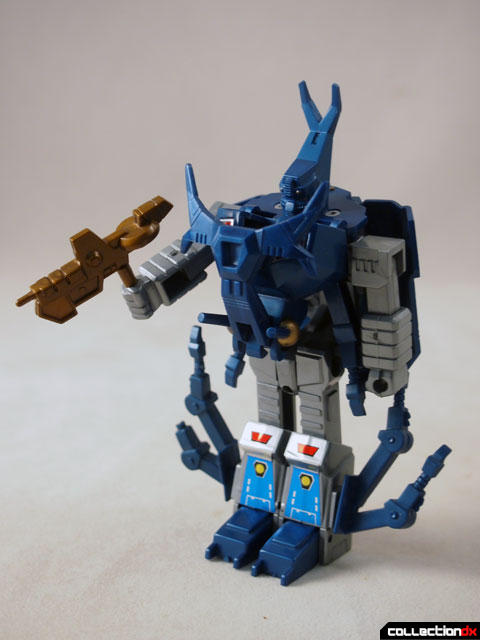 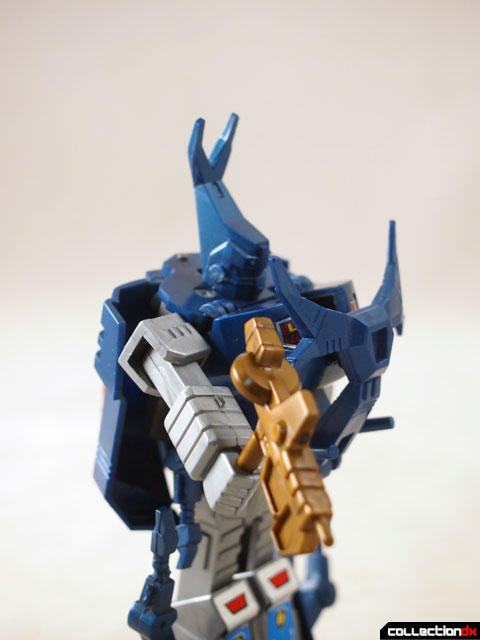 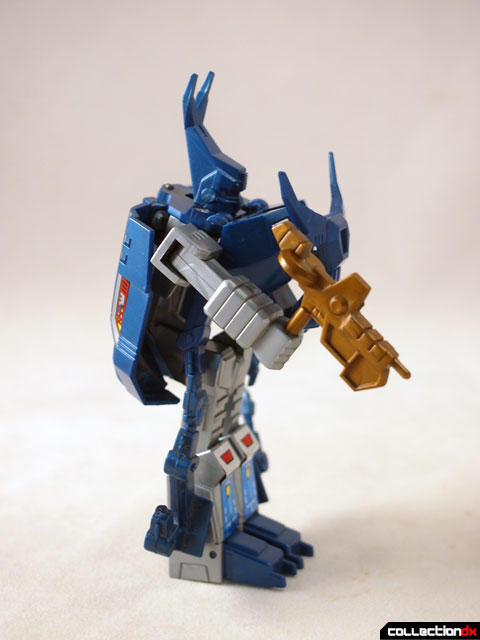 Crawler is a cool enough toy, but what i've really been enjoying is researching and uncovering the hidden origins of these cheap, often unloved toys. 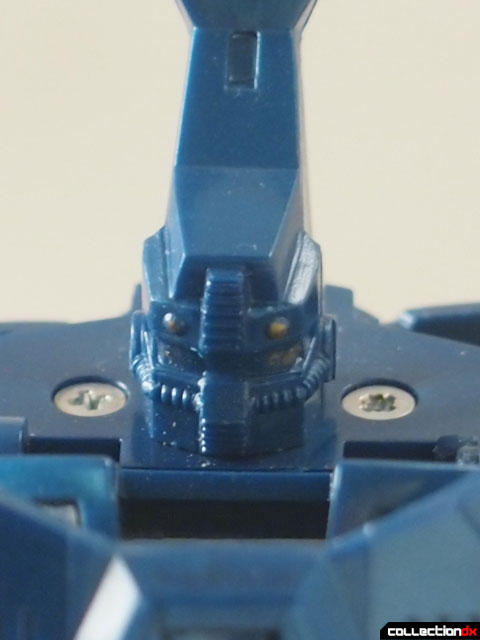 I still have one, albeit in parts because I used some bits for a few customs, but as a kid it was one of my favorite figures. Articulation was a bit better than most Transformers at the time, and the design of the toy is top-notch.

I got one of these back in the day. I remember playing with it mixed in with my Transformers. I pretended he was another Insecticon, but it bugged me (see what I did there?) that he wasn't black and purple like the others I had, the ones from the show. I was unaware of the deluxe Insecticons until I was much older.

I still have this guy in a baggie with several other cheap transforming toy knockoffs I had as a kid. Love the design these many years later.

Oddly enough, the gun design that this belongs too, came withe the grasshopper when it was a deluxe Insecticon.

Also I recall a I was given a three pack at a VERY early age (probably like 4 years old), which had the convertors Grasshopper, beetle with the rubber attentae but I don't recall what the third was (maybe this guy).

I have a knock off of this that's a very slight retool. It comes from the Quick Change line along with most of the other Insect Robots that I reviewed. I don't think mines is different enough to post a review since there were only very minor things changed.