Many of the toys from Mark's Robo Car line found themselves being released as Convertors in the west. Around the same time another company in North America called Village Toys was also releasing several of the same figures under their own Convert-A-Bots line. What I originally thought was the Convertors figure known as "Sport" turned out to be an unnamed variation of the same toy that was part of the Mini Convert-A-Bots sub line. No one knows if these figures were legitimately licensed, remnants of Mark's eventual demise, or straight up knockoffs. The Convert-A-Bots line was such an eclectic mix of toys from several different manufacturers (including a variation of G1 Shockwave) that I'd lean towards it being a mix of both knockoffs and remnants of bankrupt toy companies. 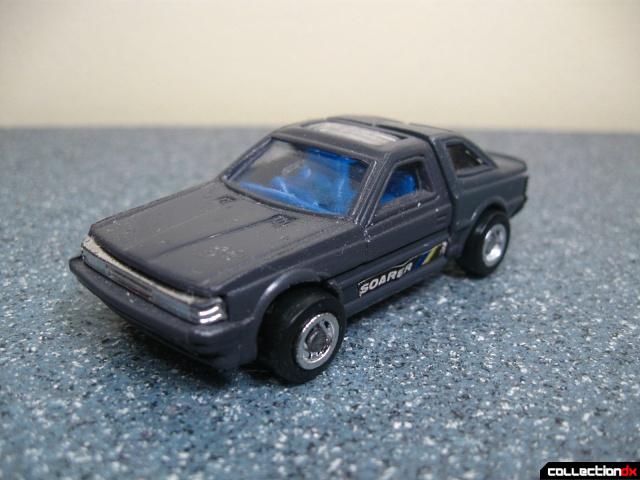 So here is the Convert-A-Bots version of Convertors Sports. Originally referred to as the Toyota Soarer Robo Car, this version lacks a proper name of its own so for brevity I'm just going to call him Phil. He is hair under three inches long in car mode. Phil's dark gray coloring is unique to the Convert-A-Bots release and may denote his job as a secret agent. 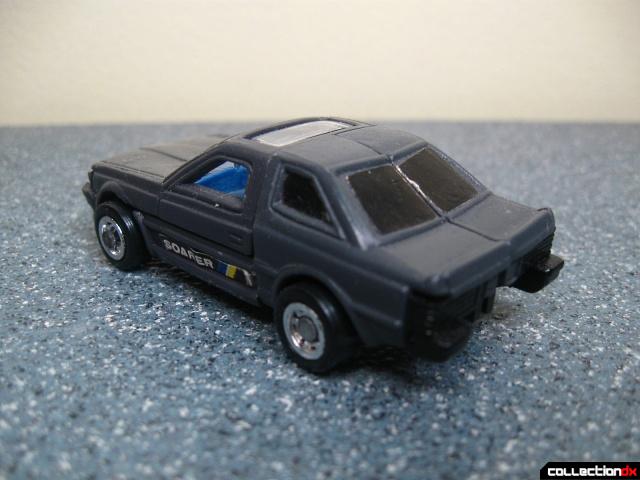 The rear half of the car is made out of diecast metal which gives Phil a small amount of heft. The black rear windows are simple paper stickers and seem a little mismatched with the clear front windows. 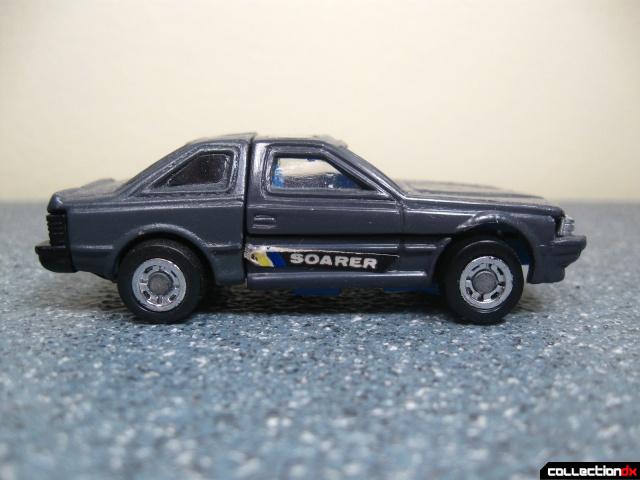 The minimalist "Soarer" stickers on either side are a nice nod to the ubiquitous 80's car Phil transforms into. If you look inside Phil's cabin, you can see he is a Japanese (or European) car as his steering wheel on the right side. 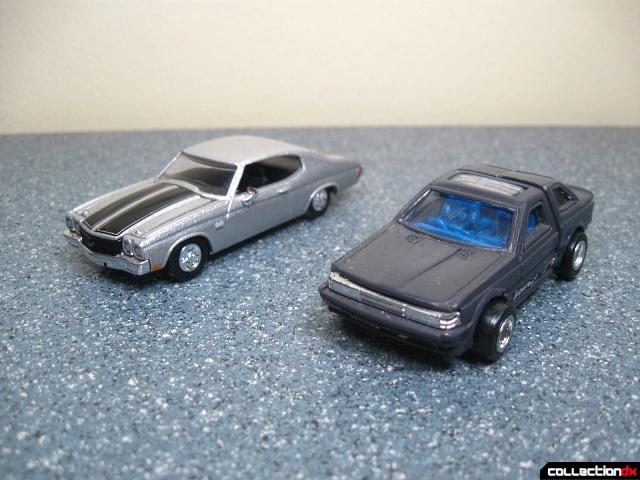 Like many of the small Convertors and Gobots, Phil looks fairly authentic next to a real diecast car. The use of metal and rubber tires give him a small amount of class. Scale wise, he's slightly larger than 1/60. 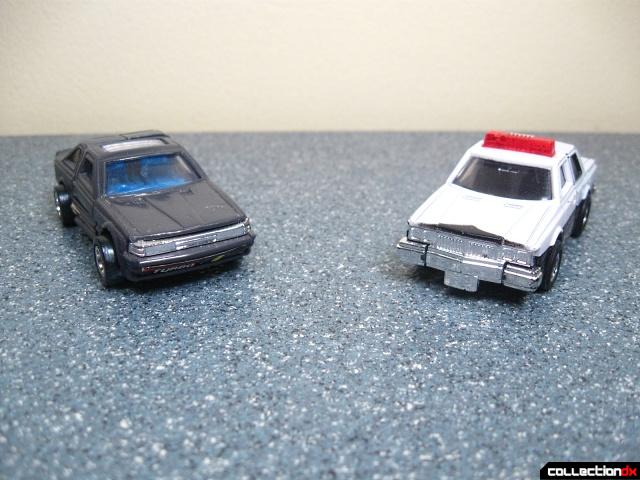 Phil's overall design follows the standard set down by many Machine Robo cars. 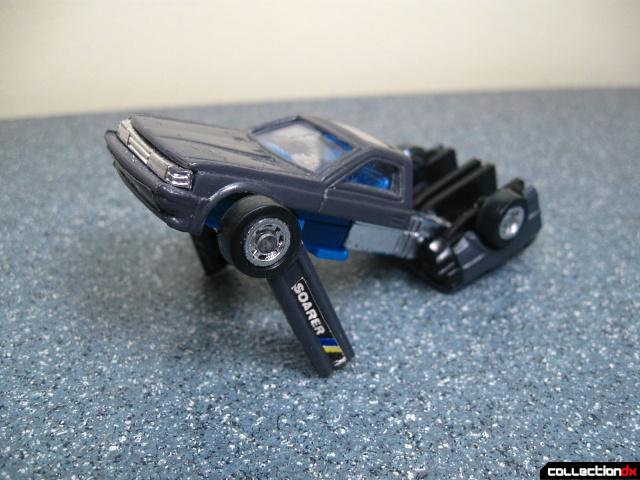 Simply pull out the arms and flip out the legs to convert a car to a bot. 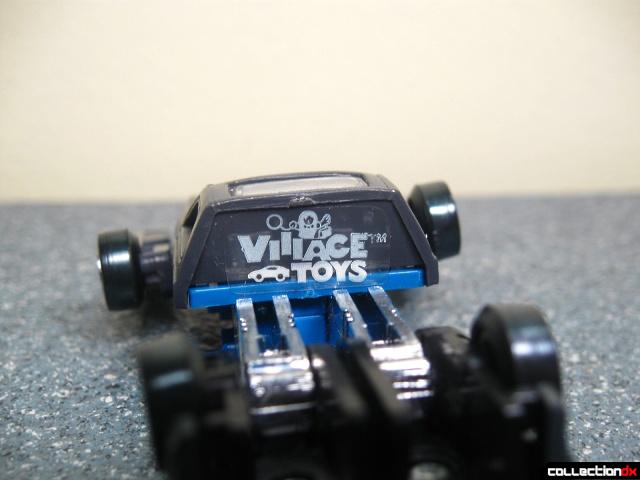 Flipping out the legs exposes the mysterious "Village Toys" sticker that serves as the only indicator of this figure's origin. 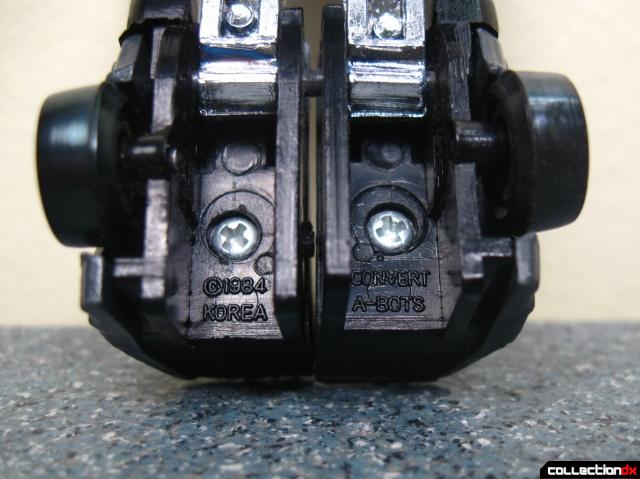 The interior of the legs also have some vague copyright information that dates the toy back to 1984 and that is a product of Korea. There were a lot of interesting and high quality knockoffs coming out of Korea back in the 1980's and Phil definitely seems up to par. 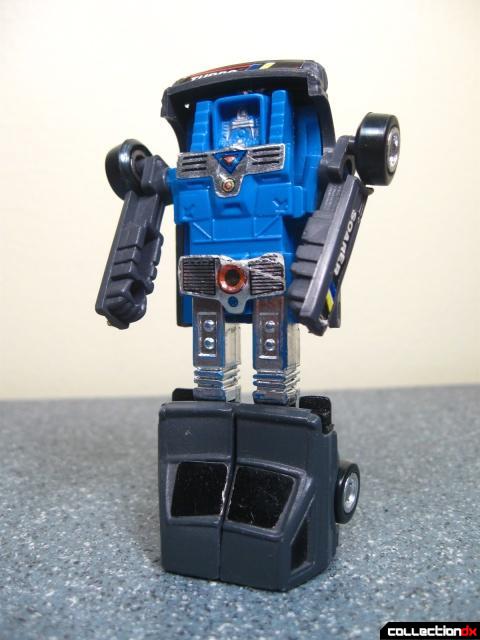 In robot mode, Phil is about three and a half inches tall. His light blue body compliments the dark gray car parts quite well. The chromed thighs and small silvery stickers also work well with his aesthetics. 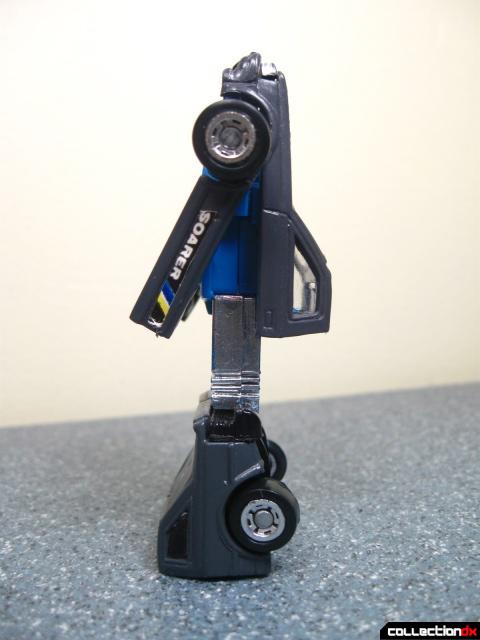 There's not a lot to Phil but at least he stands up easily. 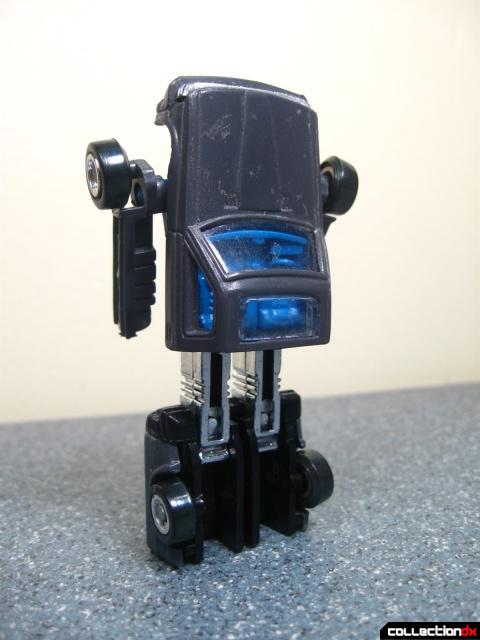 Sometimes a car standing on end is all you really need to make a robot. 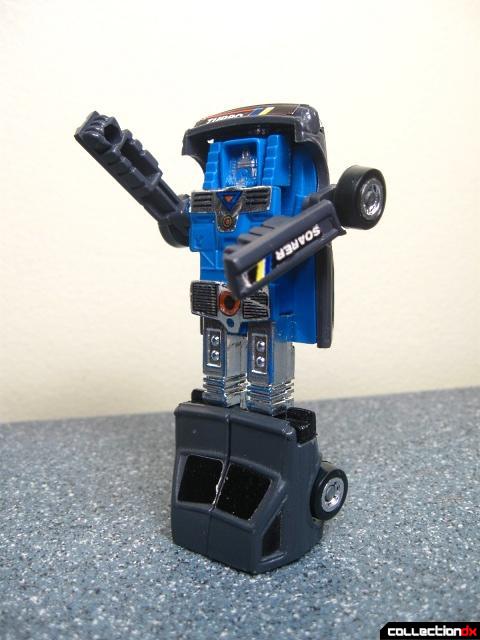 Like the other Robo Cars, Phil's articulation is limited to his arms. While it may not seem like much, Phil is very proud that he's a really good at doing the monkey. 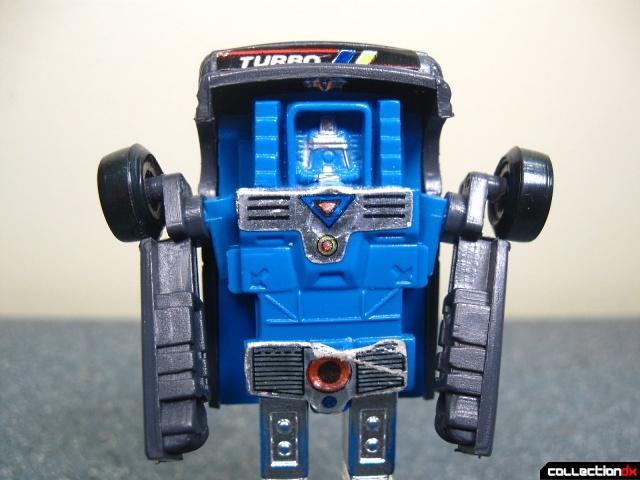 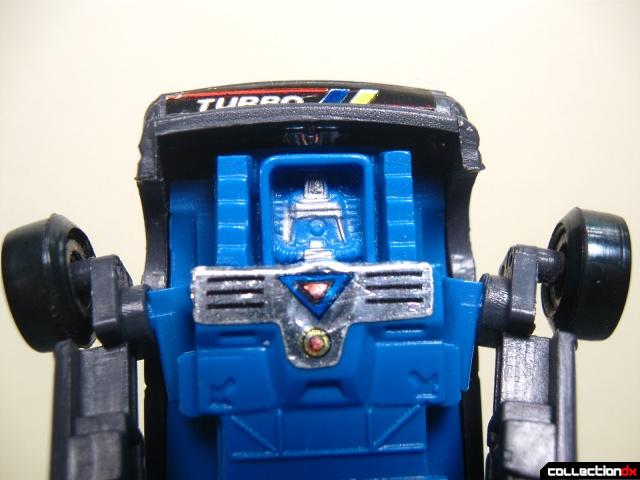 Phil's head is interesting in its strange minimalist design. The small flecks of silver paint seek to highlight all these basic elements in a way that resembles a traditional robot head rather than the weird lovechild of a camera and a Cylon it appears to be. The unpainted circle in the middle and ominous tubes spreading up from the chin almost make me think Phil may has a bit of a Zeonic accent. 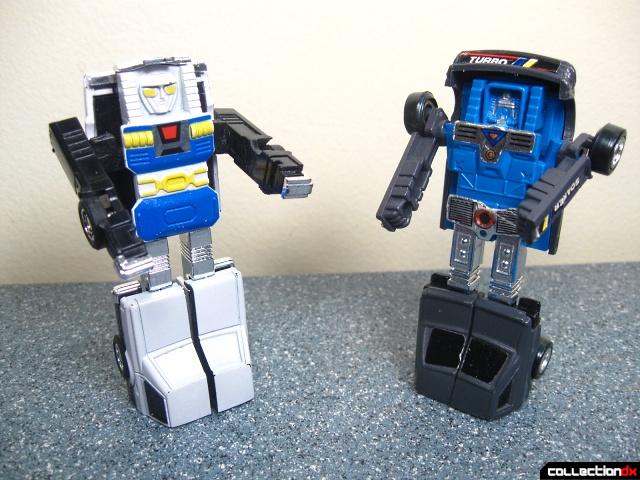 The overall layout of Phil's robot mode is very similar to that of Gobot Hans Cuff. The ridged area that surrounds both their faces speaks of a much more direct line of inspiration from the slightly older Machine Robo to the Convertor-come-lately. 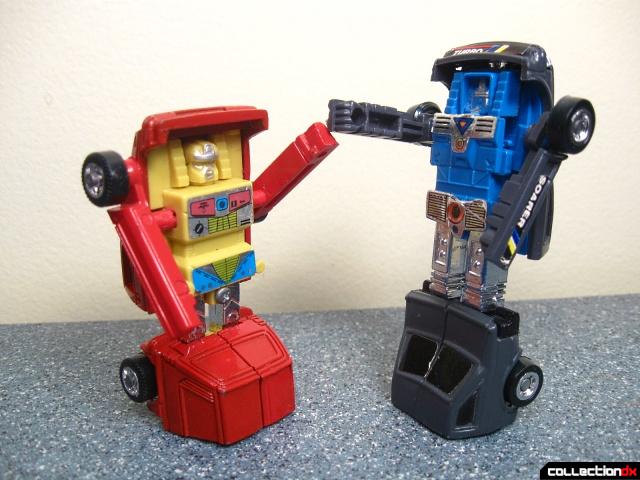 Convertors and Convert-A-Bots: together again.

The Convert-A-Bots car is proof that a Convertor by any other name is still just as cool. Despite being slightly rougher than Convertors City in terms of quality, he's still a fun little transforming toy and another entry in the strange history of the 80's robot craze.