MR-36 Mixer Robo was released in 1984 for Japanese Markets under the "Machine Robo" Banner. This mold was reused in North America for the "Gobots" line as the villain character Block Head. 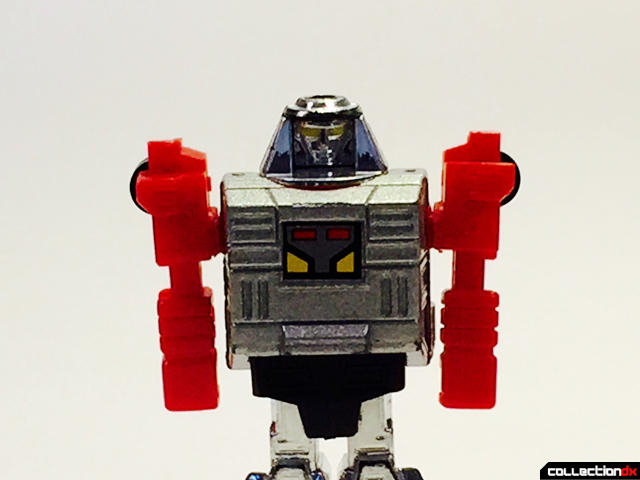 In Vehicle mode, Block Head is a small, but tough little cement mixer, who looks like he could put along side the likes of Mixmaster any day. Red trim can be seen running along the base of the truck, from the rear bumper to the rims around the front wheels. The drum's mixer Is represented entirely in chrome with a vibrant red sticker with his North American name Block Head spelled in out commanding black type (editor's note: the Japanese version is identical save for the sticker having silver letters that say, "MIXER ROBO"). 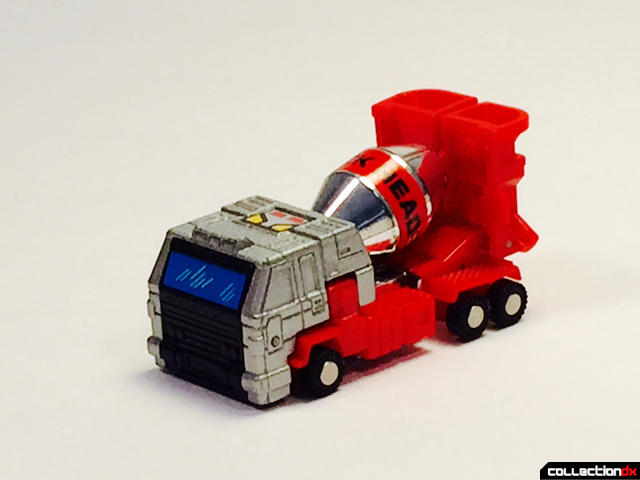 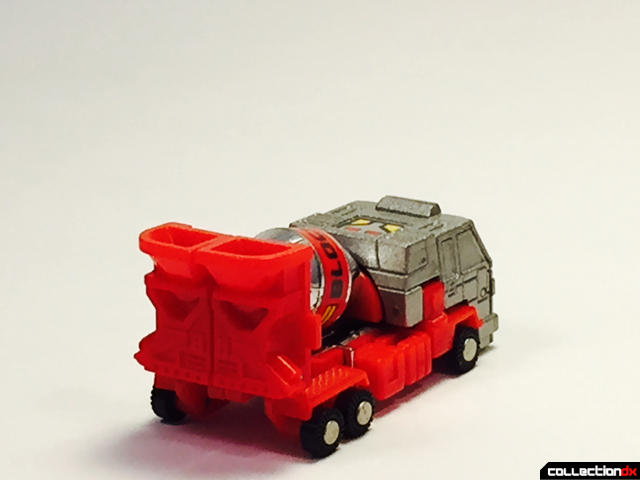 The truck's cab is to me, the highlight of this mode as it is completely Die cast except for the very front which is rendered in black plastic with a light blue sticker to act as a windshield. The cab also give the figure some considerable weight that you wouldn't expect for the small size.

Speaking of size, here he sits idle next to another "Machine Robo" figure, Falcon Robo. 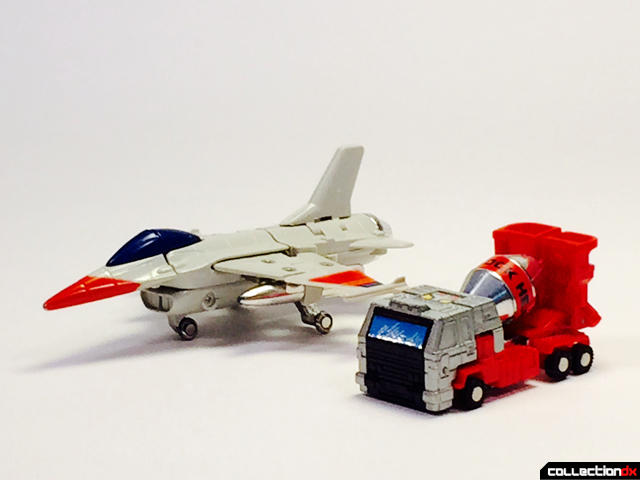 Mixer Robo's transformation is simple, but intuitive and satisfying. The arms fold out from the base of the truck and rotate around, then, the cab folds out with them. After the back sections fold and collapse to form legs, The cement drum swings forward to reveal a chrome head. Extend the arms to complete the transformation from a pudgy little mixer, to a tall and powerful robot. 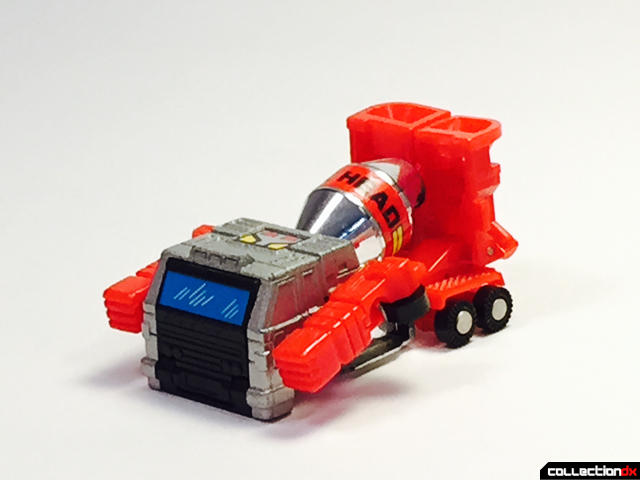 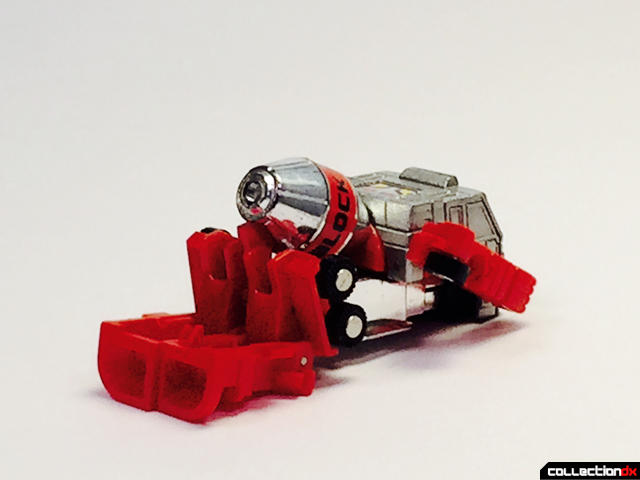 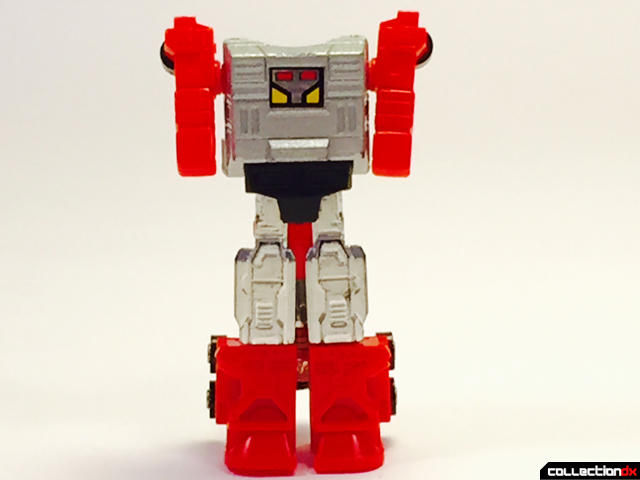 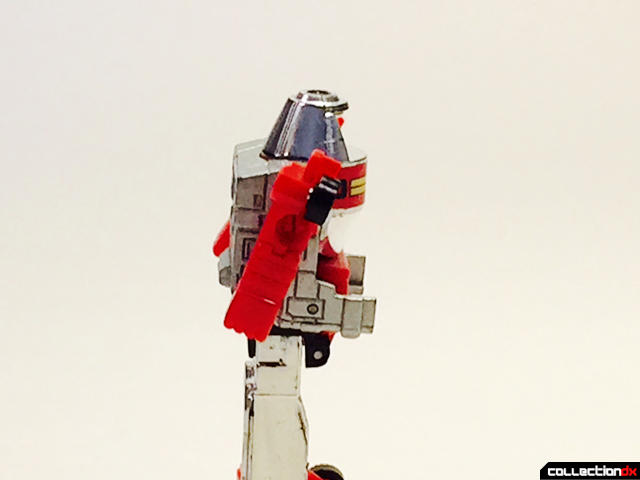 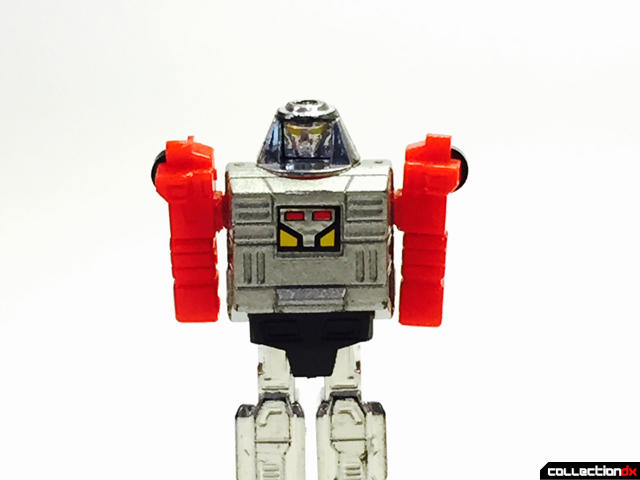 In Robot mode, you seriously would never guess this was a cement mixer, aside from the wheels. The proportions are alright except for the limbs, with arms that(even when extended) are too short, and legs that go on for miles! But other than that, I think as a robot he's looking pretty good. Even his head, which despite his name, isn't that blocky, doesn't get lost in the chrome because of his blaring yellow eyes that really stand out and give this character a bit more life than if they were just standard black. 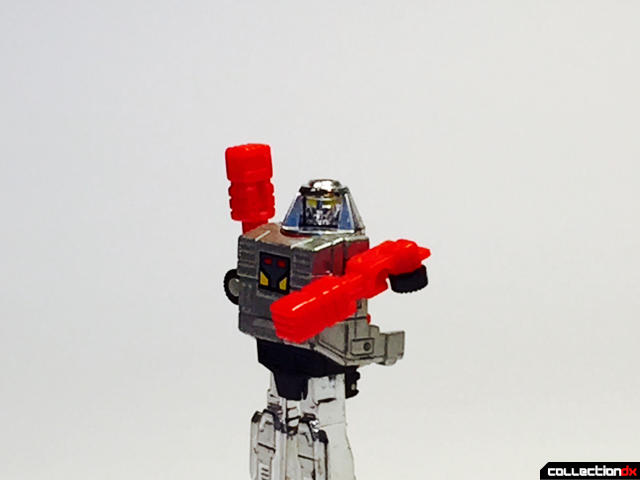 Size wise, despite seeming to have legs that go on forever, he is just around the same size as Falcon Robo. 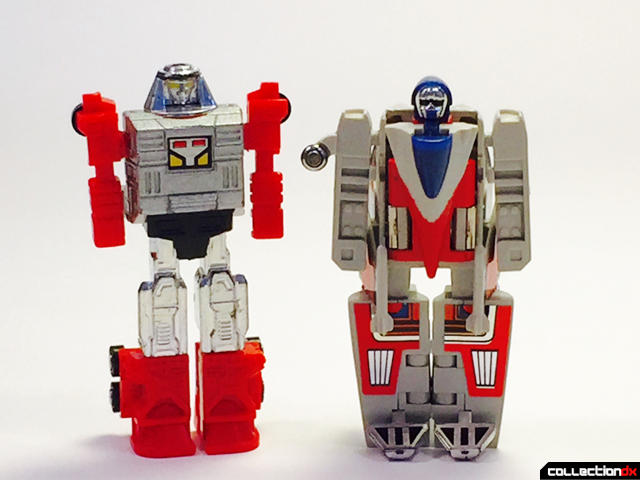 overall, MR-36 Mixer Robo is really like a cement sidewalk, solid and blocky and I think it would be a great addition to any Japanese robot collection.

2 comments posted
I just picked this guy up,

I just picked this guy up, and he's super fun!