I loved the 80s, where anything was fair game to transform into something else. One brief fad was transformable watches, which while originally made by Takara, were bootlegged like crazy. Chances are, if you had one, it was a knockoff.

While there was a plethora of watch robots that made it to the states, one line that did not make it was the Change Watch line by Mark. They released a few different robots, but for this review we are going to look at Battle Robo.

The box for Battle Robo is a slim box with die-cut windows. There's great art all over, and in true Mark fashion, the instructions are printed on the back. 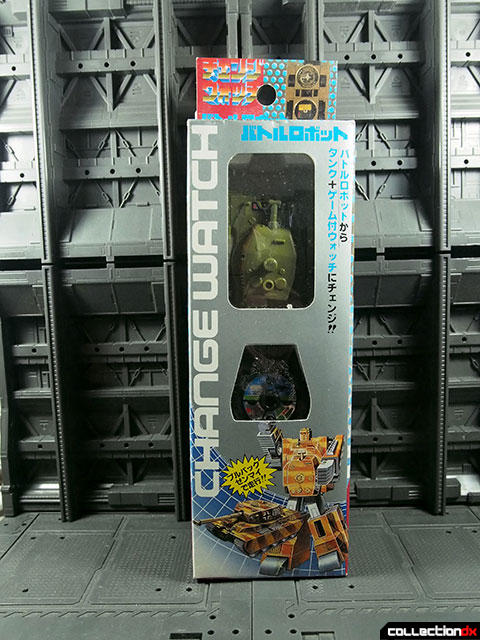 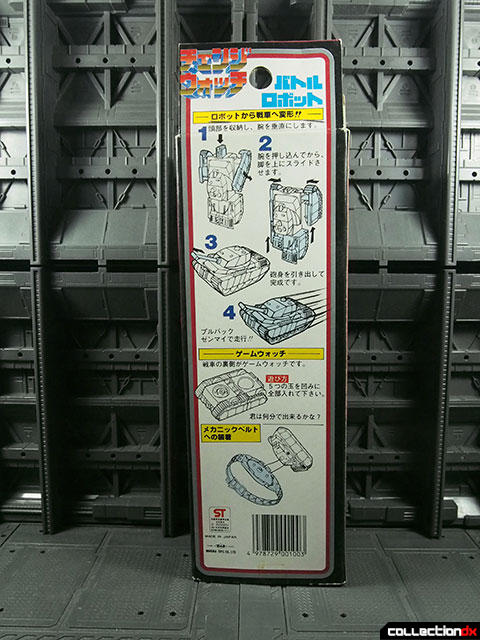 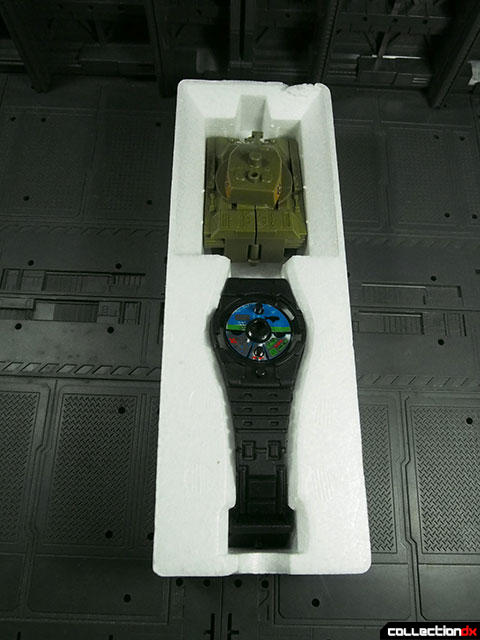 Vehicle mode is a German WW2 tank, with the number 451 on the side. The turret turns and the barrel lifts. While the treads don't move, there are wheels underneath, and the rear wheels feature a pull-back motor. 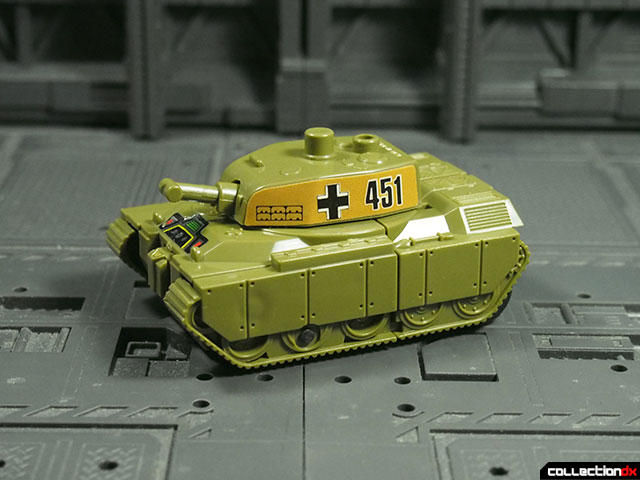 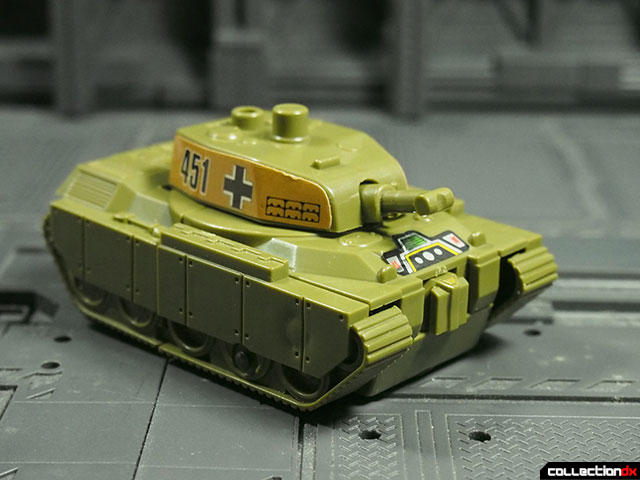 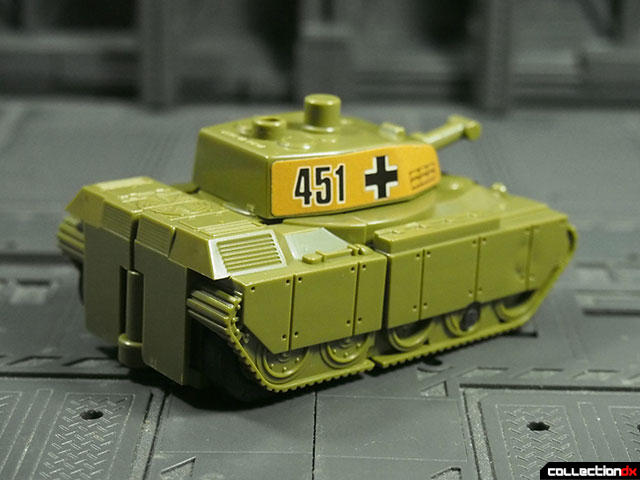 Transformation is uncomplicated. Push in the gun barrel, pull out the arms, pull down the legs and pull up the head. 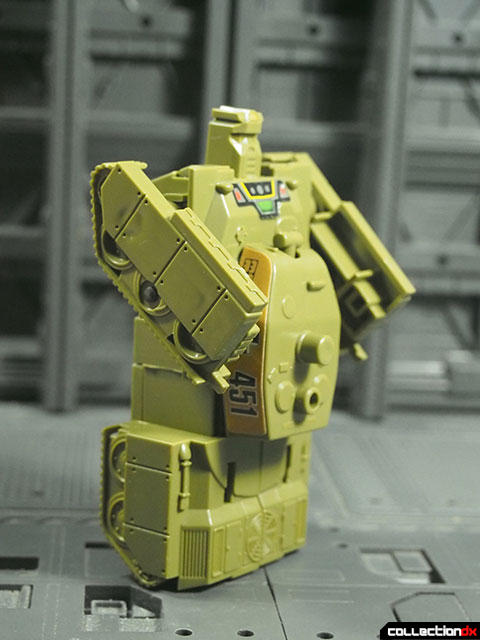 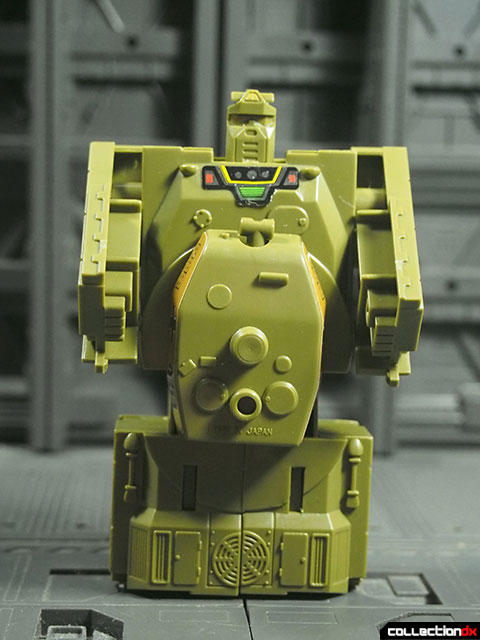 On the back is a surprise, but first... 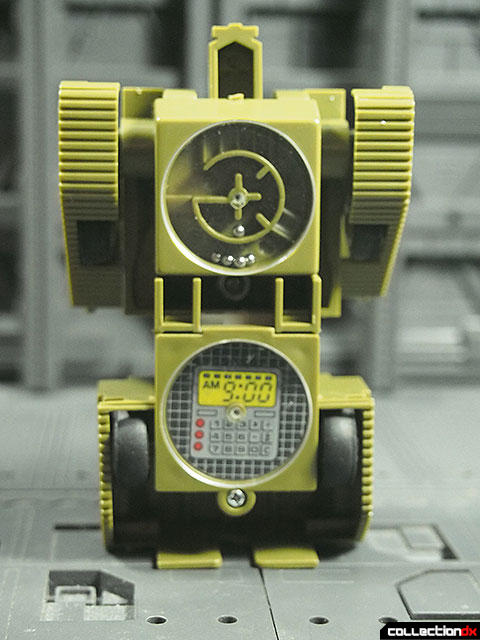 Lets take a look at the watch band. It's made out of a flexible plastic, and has a cool decal with little details on it. We have a control panel, a radar, and even a sonar display. Very military. 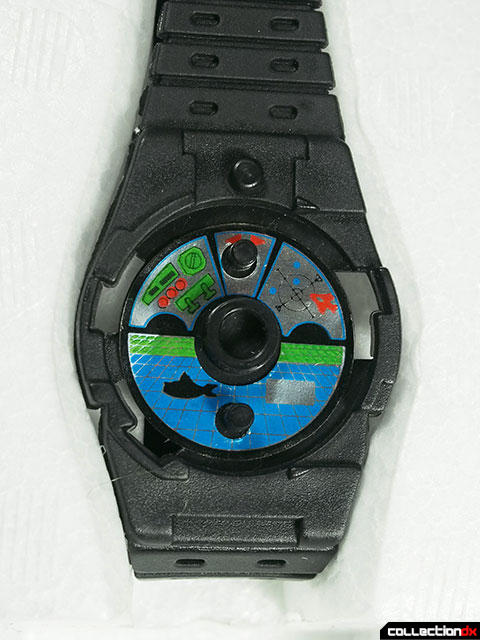 To attach the robot to the watch, it must first be returned to tank mode. From there it plugs right into the band. 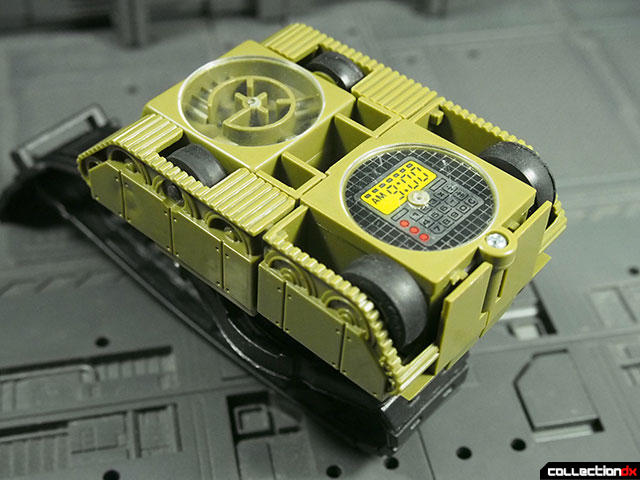 On the "face" of the watch, you get a ball game and a fake watch. The pictures on the box make it look like it's a real watch, but it's just a sticker. The ball game is where you roll steel balls around a maze and try to get them all to rest in the little divots. 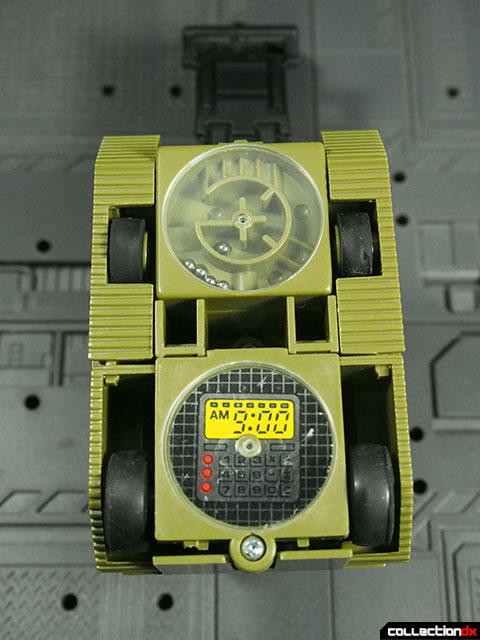 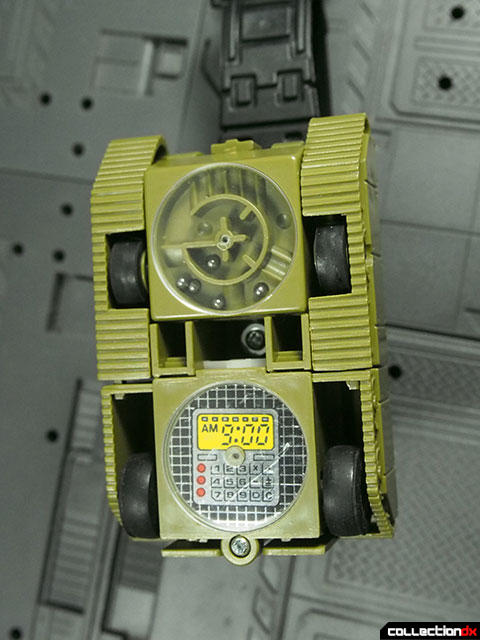 Sadly, the watchband is too small for my fat american adult wrists. 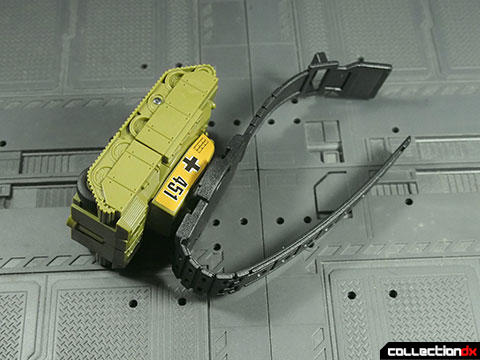 So much fun in a small package:

3 comments posted
Between this and my Fighbird

Between this and my Fighbird watch, I think we need to start a fetish section for toys that turn into watches. A precedent has been set!

This. So much of this.

So a non-functional watch that transforms into an SD tank/crappy robot? That's the 1980s for you.