Batrain comes from the anime "Galactic Whirlwind Sasuraiger", which was produced by Kokusai Eiga Sha, TV Tokyo, and aired from April 1983 to January 1984. 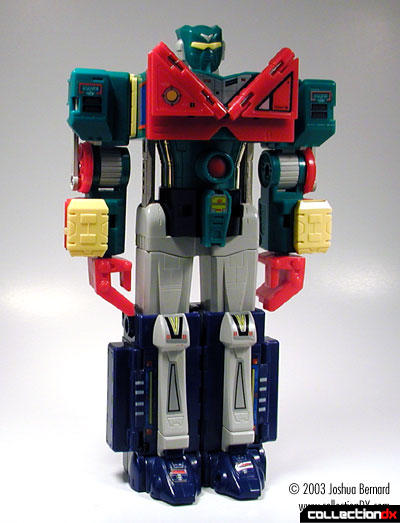 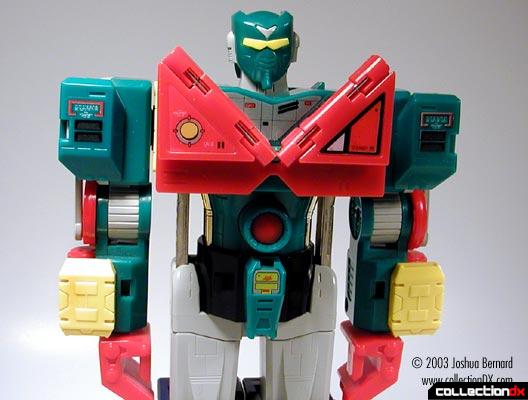 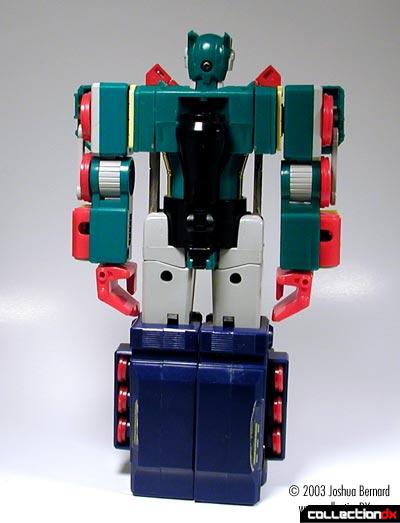 The main mecha of the show was called Batrain. Takatoku toys put out several different toys of this character in the early 80s. The toy is a very solid mix of die cast and plastic. The die cast content is limited to two swing bars in the waist. Transformation is simple, but involves removal of the arms. 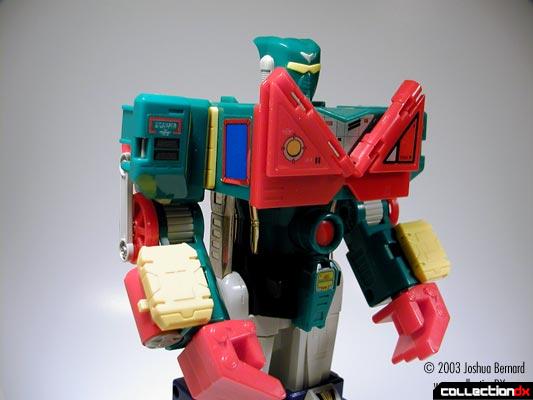 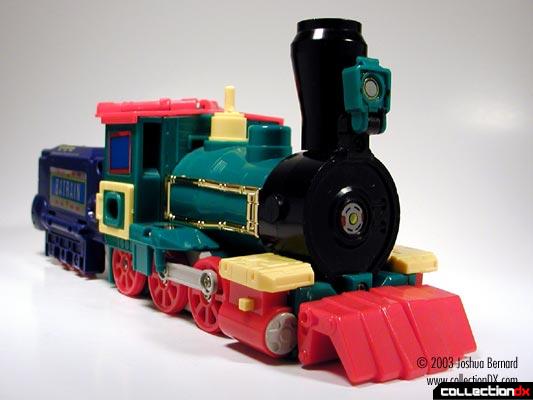 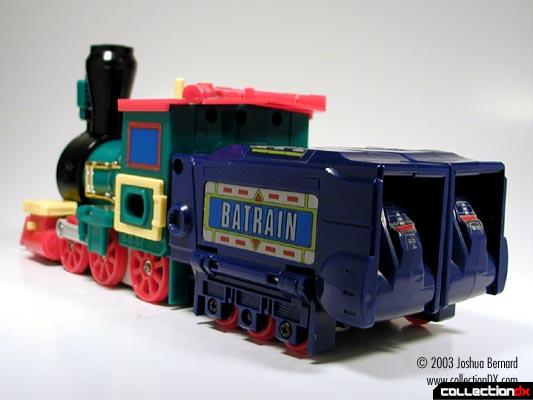 The toy pictured here may be a bootleg. I can't find any markings on it anywhere, but I have not had the opportunity to examine another one to compare. The pictured toy is missing the gun, missiles, and a small green ring that goes around the yellow stack.