We've talked about these mid-sized Bandai plastic toys before, but here's a refresher:

Pla-Dela (or Puradera) was a line of more affordable plastic renditions of popular characters. More expensive than train toys, but not as costly as DX Chogokin, these were often packed with play value. However, because they were sort of cheap, they broke easily and were thrown away often, unlike the coveted DX diecasts. They occupy that weird space of "not popular" and "hard to find".

Albegas was released during the transition from Popy to Bandai, and had a fun approach to the transformation. 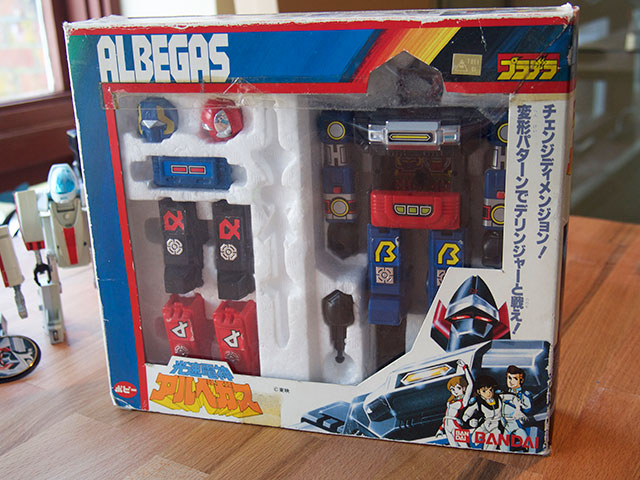 The box was bright with a large window box. Mine has a bit of wear, and the sword is missing, but I still feel lucky to have it, as it's not seen often. 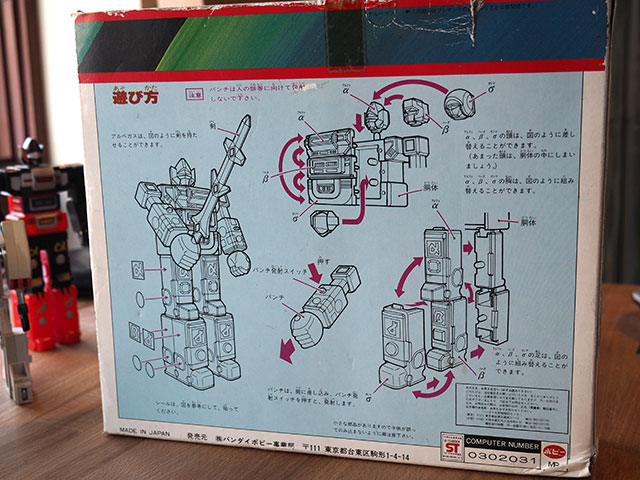 The back shows the mechanism as to how the three modes are obtained. The chest has three swappable panels, each leg has three panels, and the heads are swappable as well. The arms stay blue. 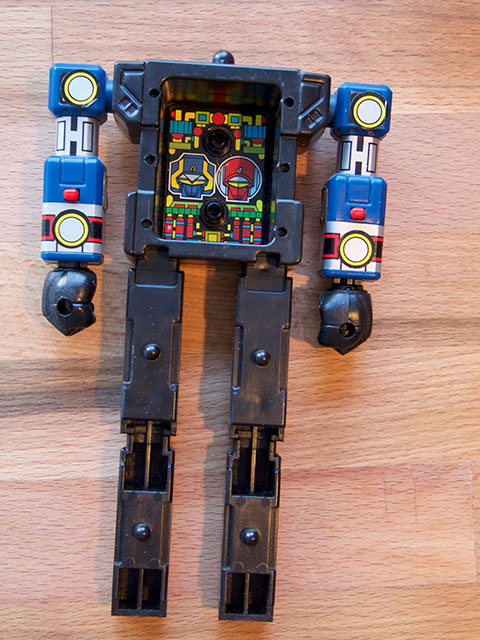 The bare skeleton reveals some cool details. Check out the awesome decal inside of the chest. The stickers are great, and notice that the fists can fire. 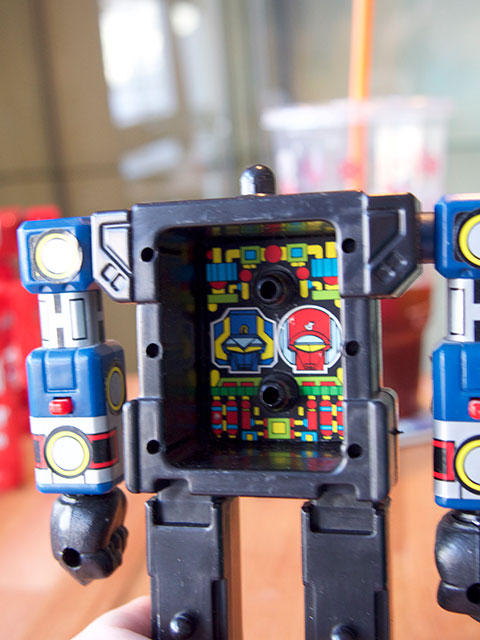 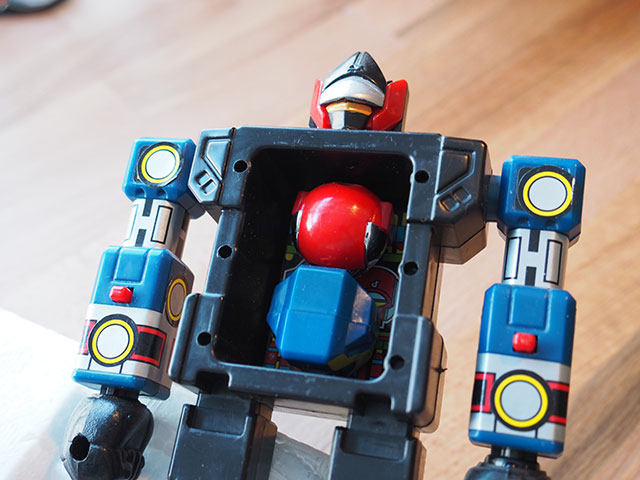 The two heads that are not in use stow away in the chest. It's very clever. 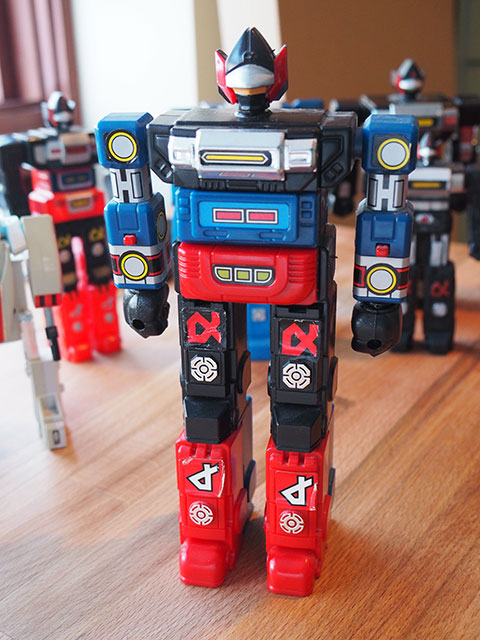 The completed toy stands about 8" tall. I only put him together once because the plastic is getting brittle. That blue plastic is exceptionally prone to breaking. One combination was enough on my nerves. 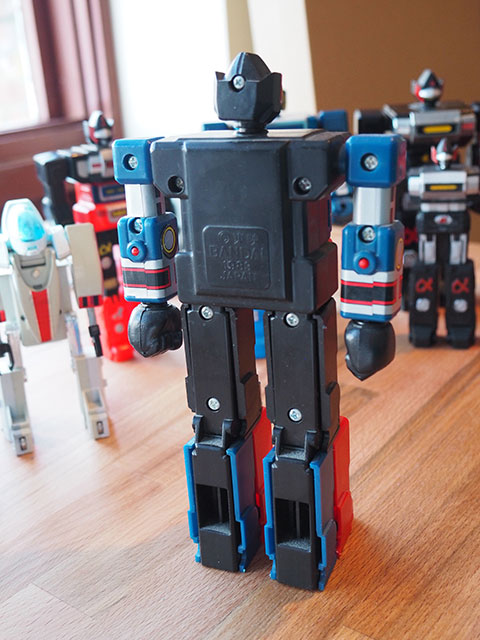 The back is devoid of the detail that the front had. It's very toy like with the exposed screws and manufacturer stamp - no attempt at accuracy here. 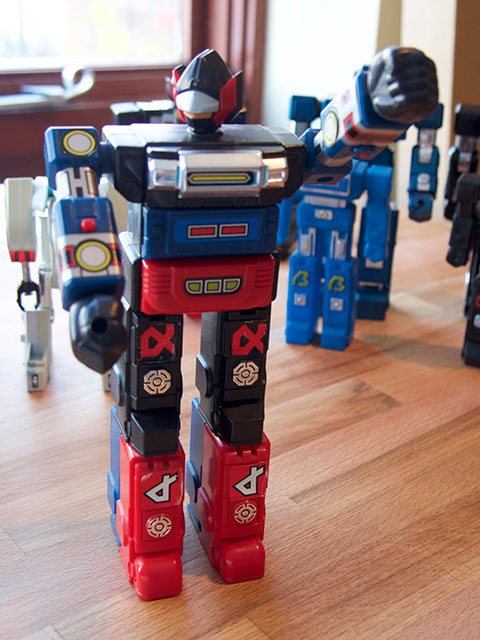 Articulation is limited to swivel shoulders and head. Really the toy is just a vehicle to showcase the interesting transformation method. Bandai really put there designers to the test with the different Albegas toys they released, and the different ways they attempted to replicate the various combinations. I got him on the cheap side due to the box condition and the missing sword, but I like the simple charm of him. I may also be missing some stickers on the legs.

Good luck in your quest to get one, and if you get an extra sword, hit me up.

It just hit me looking at the DX on collection dx. the logo was based off the Albegas thigh deco.
I feel stupid