Plawres Sanshiro was an anime about miniature fighting robots - PlaWrestler pocket robots. Kids would take their PlaWrestlers into battle with each other. 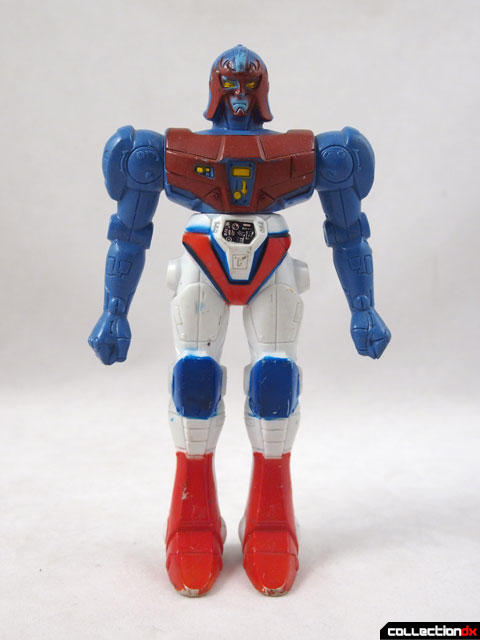 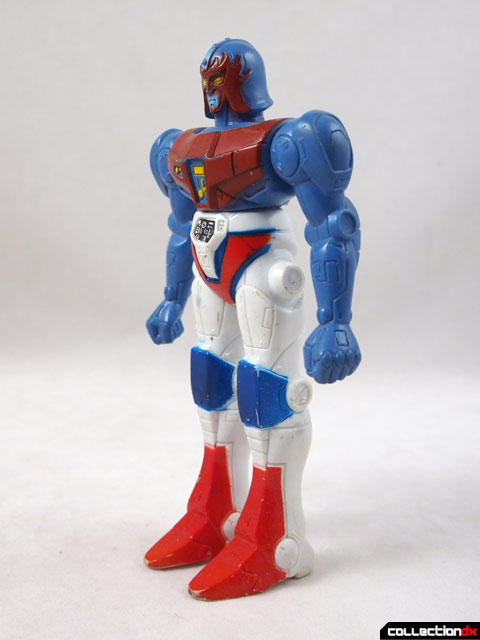 Rumor has it the vinyl toys that Bandai made in 1983 were supposed to be actual size to the fighting robots themselves. In this way kids could place them in their pockets, just as they would have the actual robots. However conflicting sources list the fighting robots at 1/6 scale, closer in size to the Fewtue EX Gokin Juohmaru.

Maijin (魔人) is one of the antagonist robots that fights against the hero robot, Juohmaru. There's nothing special about him that I know of, just an opponent of the week. 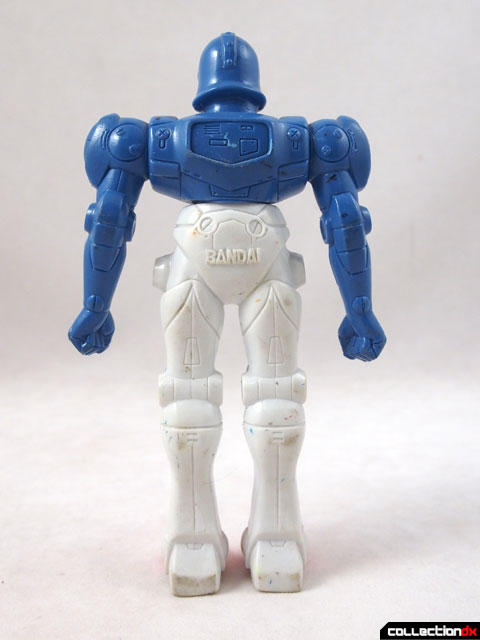 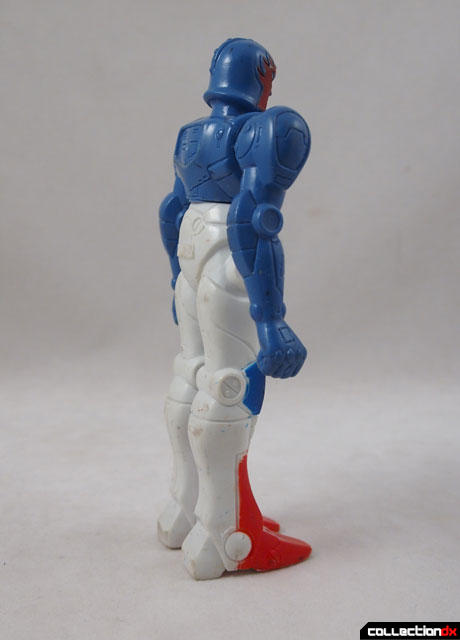 As a soft vinyl toy goes, Maijin is unremarkable. Articulation is limited to the waist and arms. 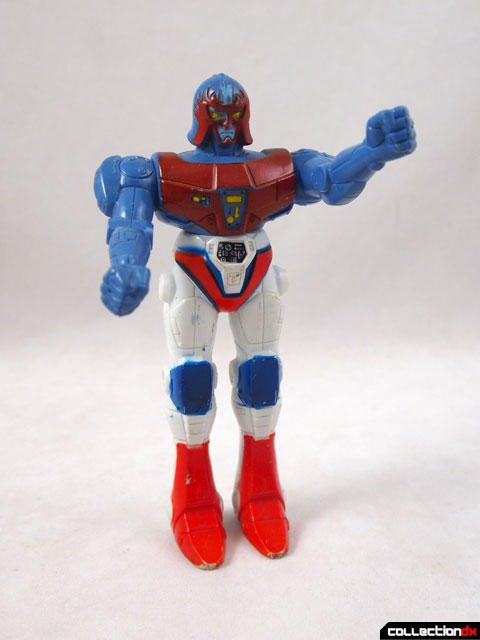 The only exceptional thing about Maijin is the amount of paint applications, as messy as they may be. 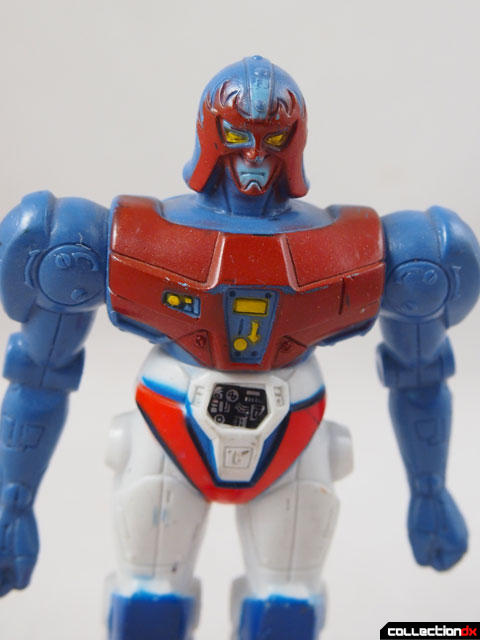 The opponent vinyls from Plawres Sanshiro are reasonably rare - grab one if you see one.

This is hitting some weird nostalgia area of my brain.
I know I did not have this toy, but did I have a possible bootleg?

It's that lower body and those legs and boots, but I'm remembering it as a large heavy rubbery figure - not vinyl...