Dyjupiter is the base ship from the show Dynaman. I got this guy for a steal in Japan maybe 10 years ago at a cool shop named Toy Cats. It was complete, but missing the box. Japanese collectors tend to consider toys with damaged or missing packaging as "Junk", so things like this could be had far below the boxed value. Unfortunately I had to sell it, but I still have the photos.

This is the Popynica version of the Dyjupiter, it's about 6 inches long with a diecast body. It includes a little transformable Dynaman, missiles, and even little microscopic Dynaman team members. 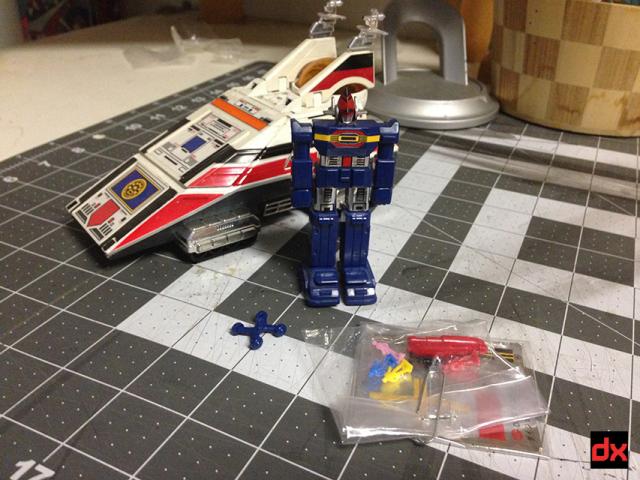 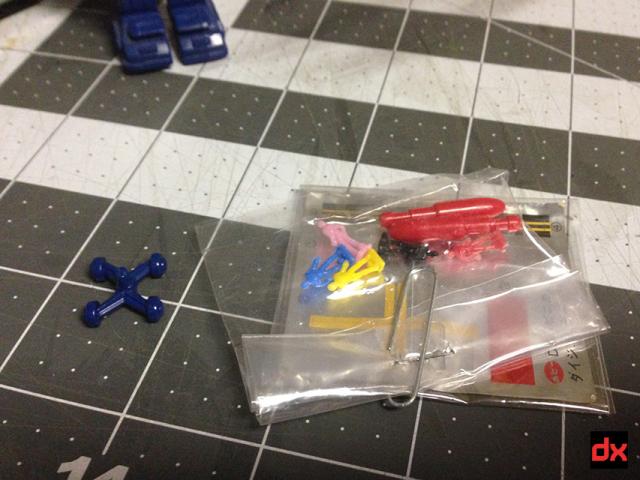 The small Dynaman actually comes apart to form the three vehicles that can fit inside of the ship. There's even a small landing gear part for the head ship. 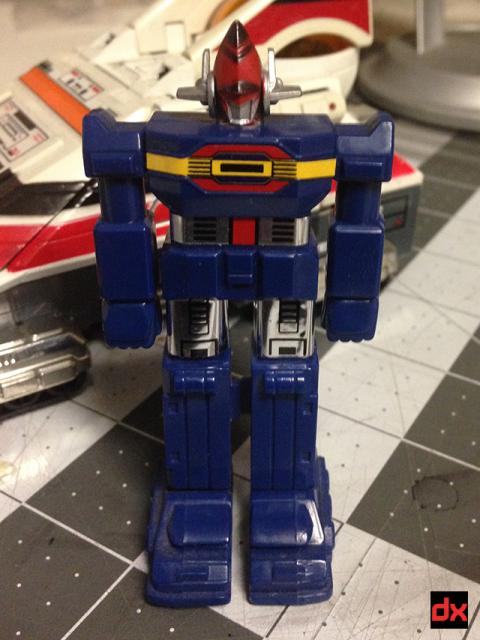 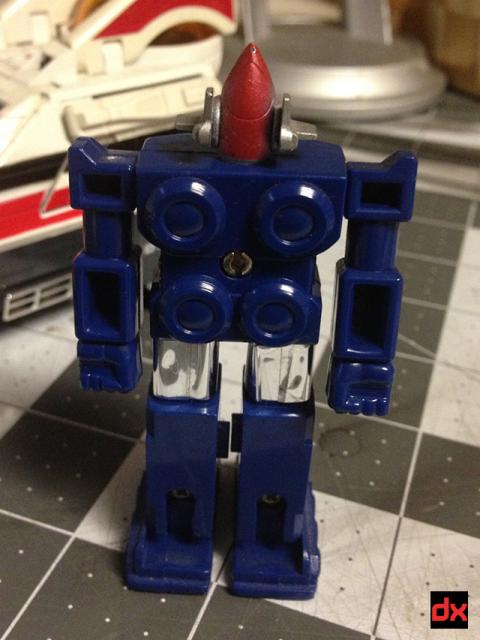 Dyjupiter is loaded with fun gimmicks. The towers fold down to allow the orange dome to open for storage of the head ship.

The front door opens, and a button on the back activates a spring loaded launching mechanism for the ships that are stored there. 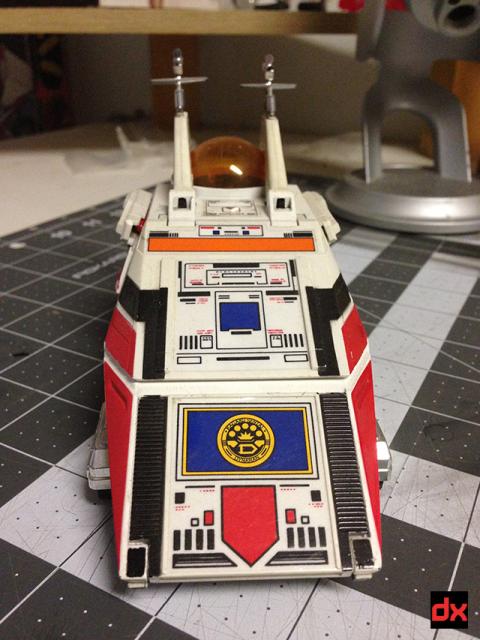 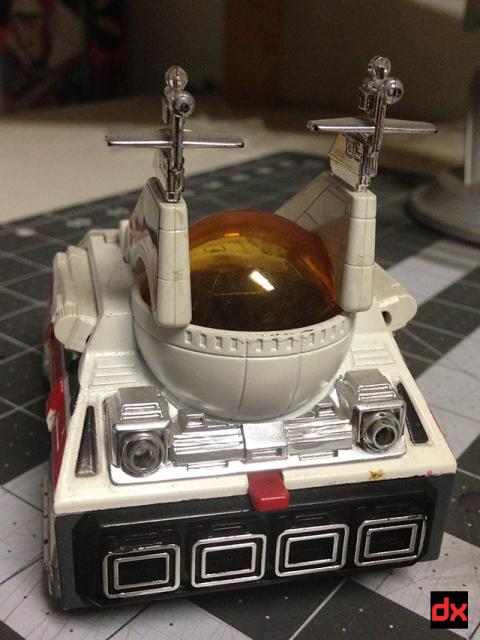 The panels on the side fold down to reveal missile launchers at the ends. 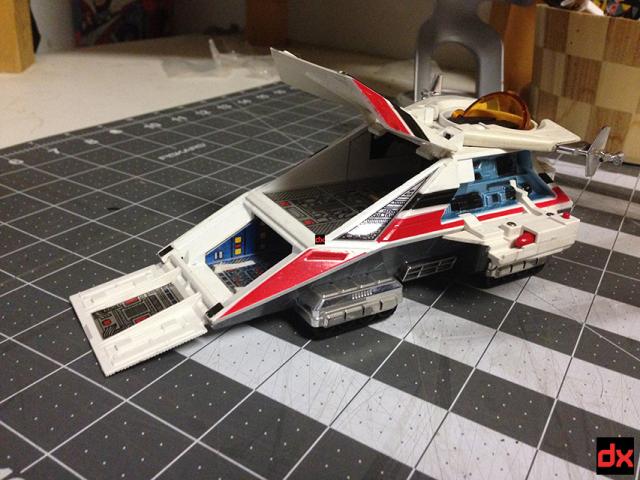 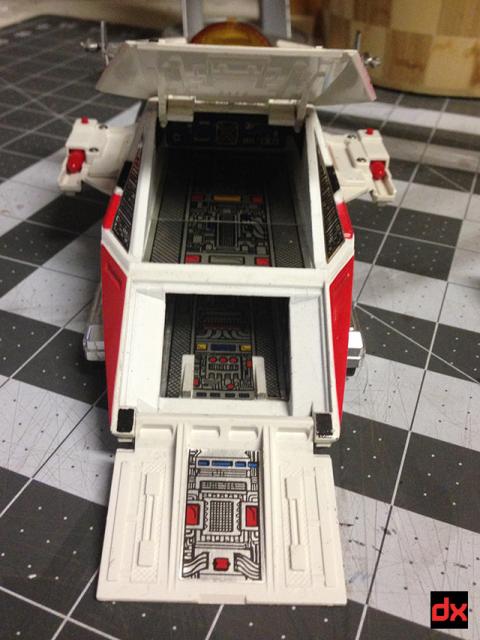