Andro Mars comes from the obscure Tokusatsu show "Andro Melos", which aired in 1983. I don't know much about the show other than it was a cheap spin off of the ultra shows that re-used a bunch of costumes.

The toy is manufactured by a little known company called Wilby (Listed as W.B. Co Ltd) on the box. As far as I know this is the only toy they made of the main characters from Andro Melos. They made precious few other toys.

The toy comes boxed in a similar size and pattern to other train-station toys made by Mark and Seven. The toy is notable for being ENTIRELY DIECAST. Every bit on this toy is metal. No rubber gaskets, no plastic joints. Pure metal-on-metal action. 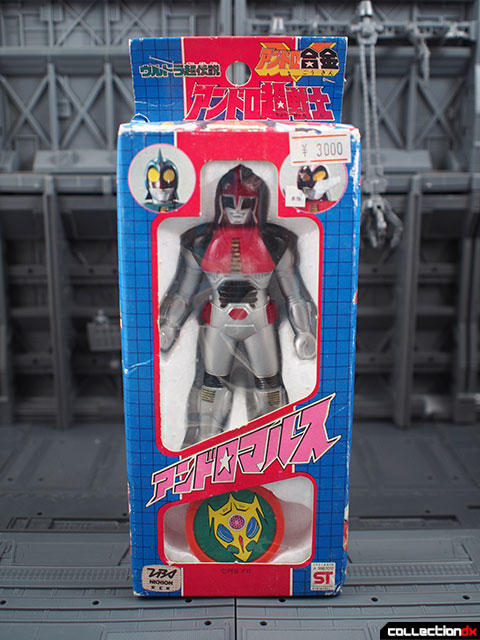 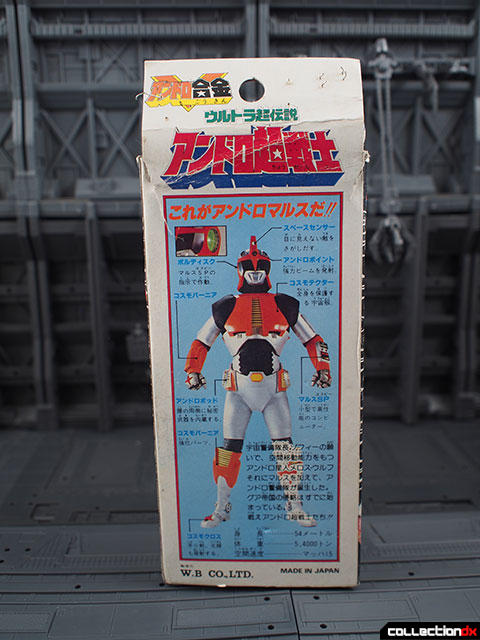 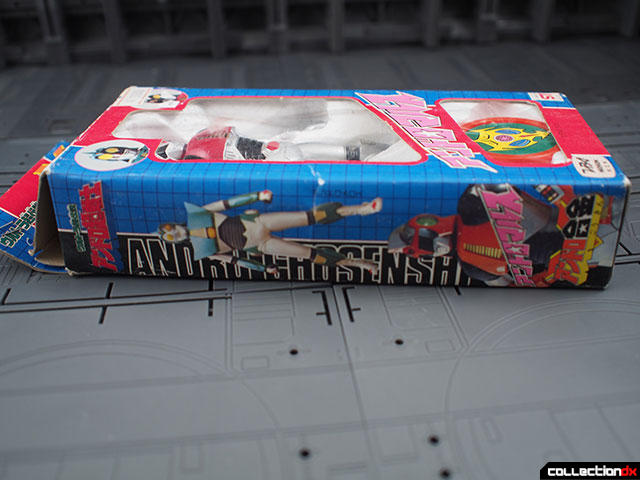 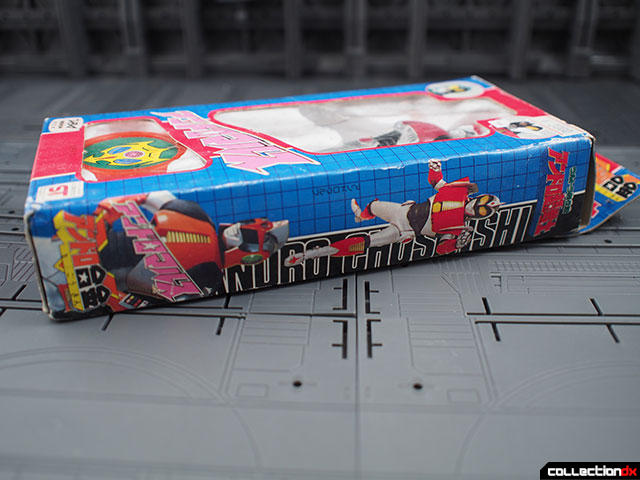 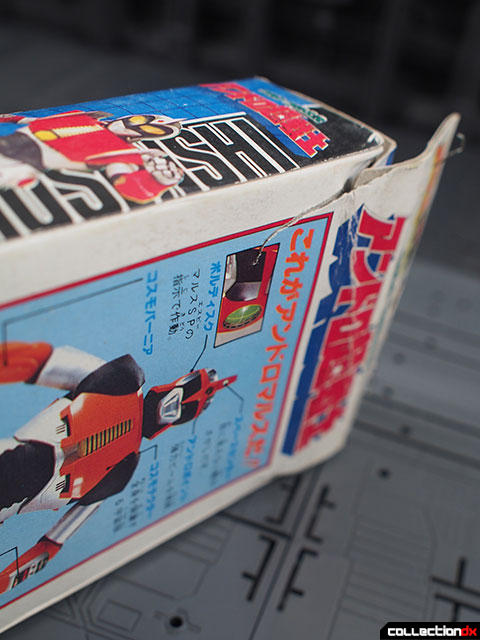 Also included is a clip-on pin. 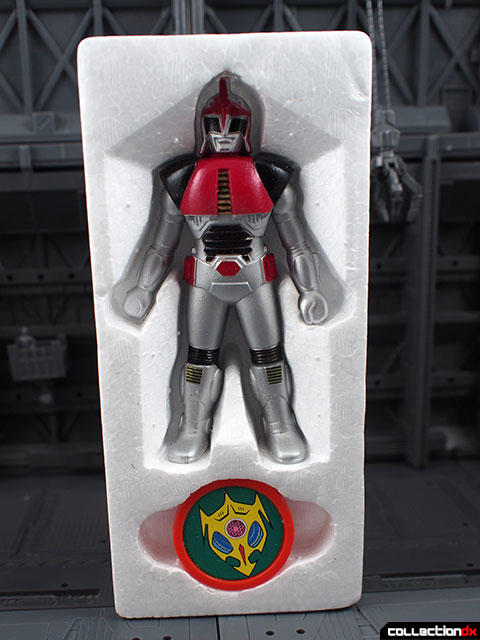 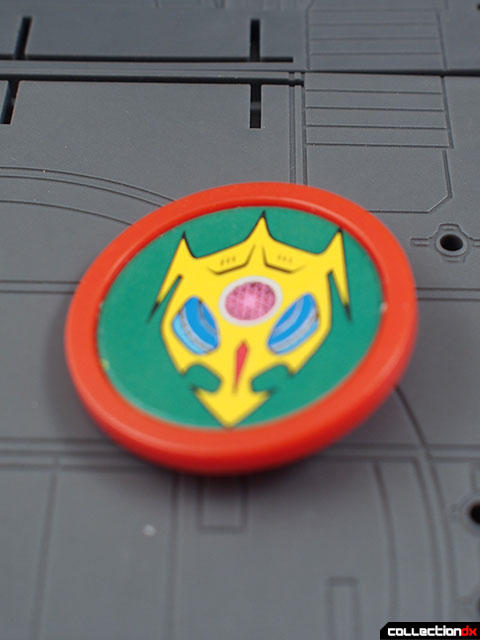 The toy is about 5 inches tall, and like I said, entirely metal. The main body is a metal shell, held together by a screw, while the limbs are solid metal. 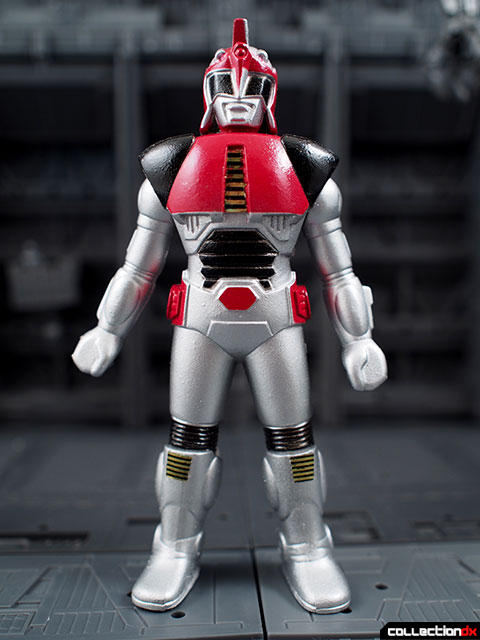 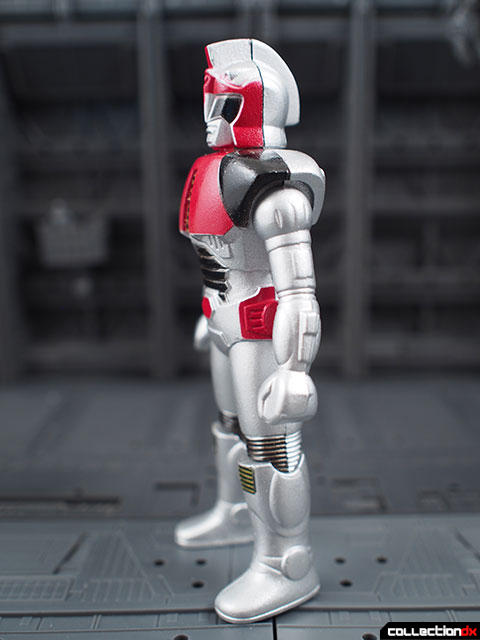 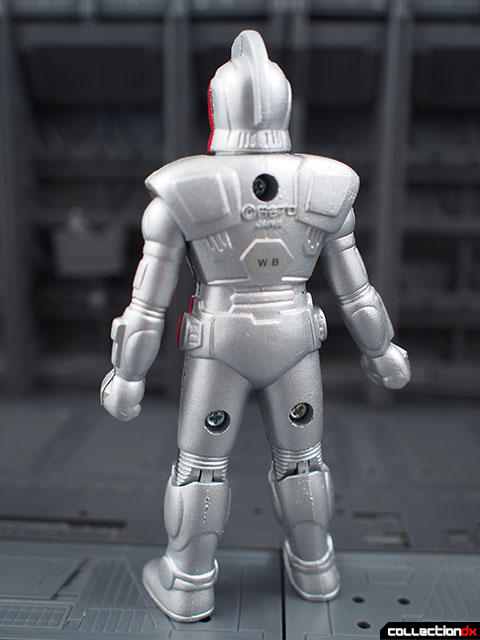 All that metal does not equal good articulation. The arms are so tight it's scary to move them. They clearly are a metal-on-metal joint. The movement is a little better on the knees, but something about the joint keeps them from going back into a neutral pose without pushing them up into the leg. Who knows. 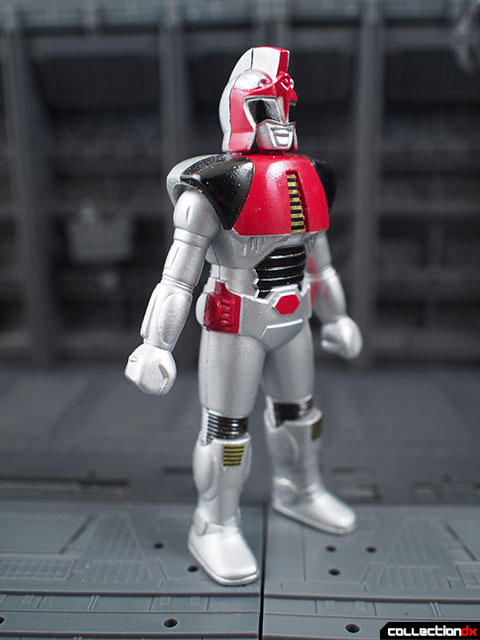 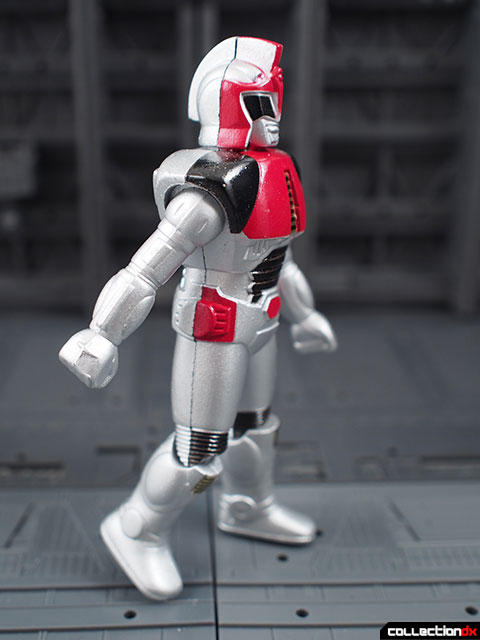 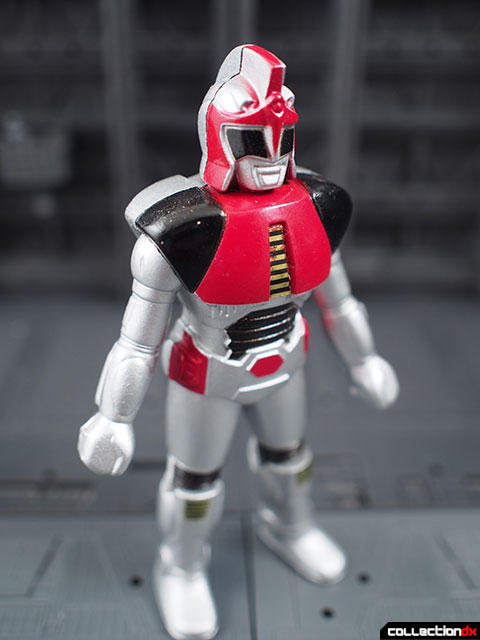 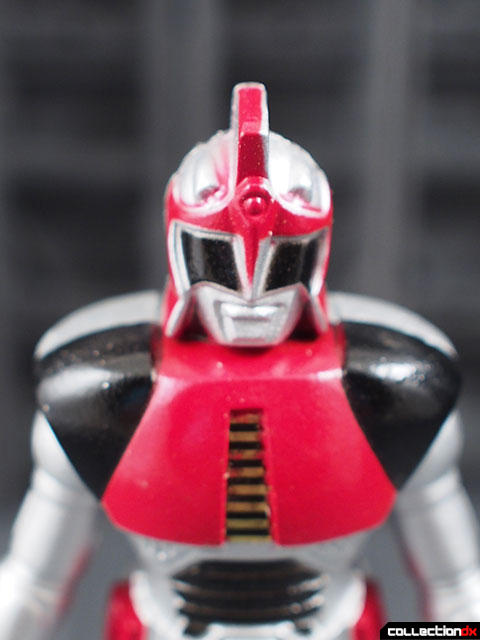