This is the final piece I aquired in the Gyro Mecha line. I got the first one way back in 2007, the Blue one (Beta Robo). He was the easiest to find. A few years later, I found the red one (Gamma), and then finally the super-elusive Black one (Alpha). These are exceptionally hard to track down, with the black one being the rarest. 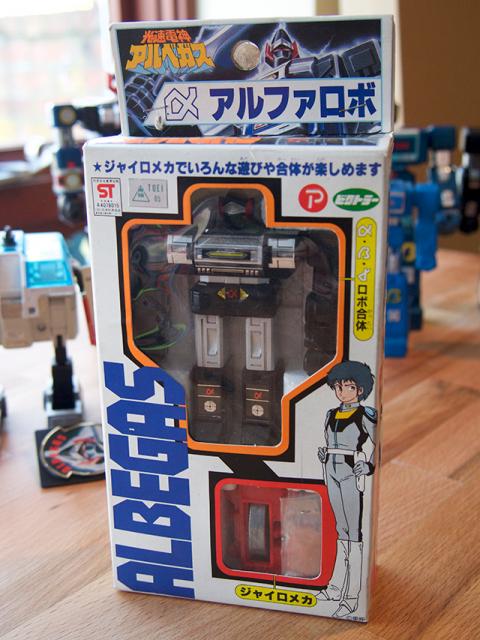 This toy is relatively unknown amongst collectors. It is one of three small cheap Albegas robots that can combine to form the giant Albegas robot. Even though it is cheap and hollow, the toy fully combines. 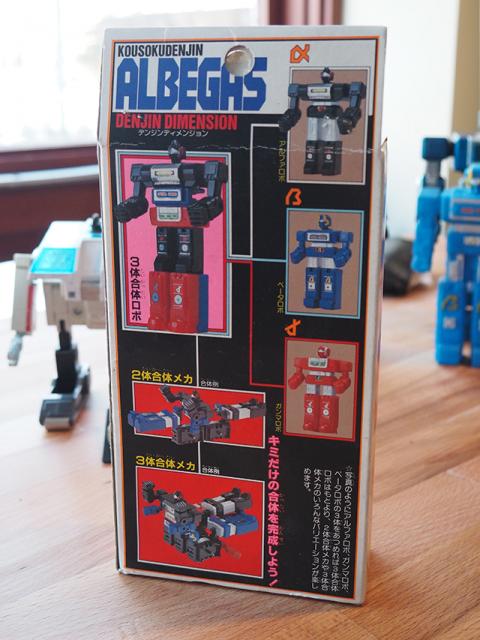 In addition to the combining features, Alpha Robo comes with a metal gyro and a ripcord. This is known as the Gyro Mecha. All three toys in this line are labeled this way. You can take the individual robots apart and insert the gyro mechanism into them, pull the ripcord and watch the toy zoom off across the room. The package shows the combinations, and they make little sense. 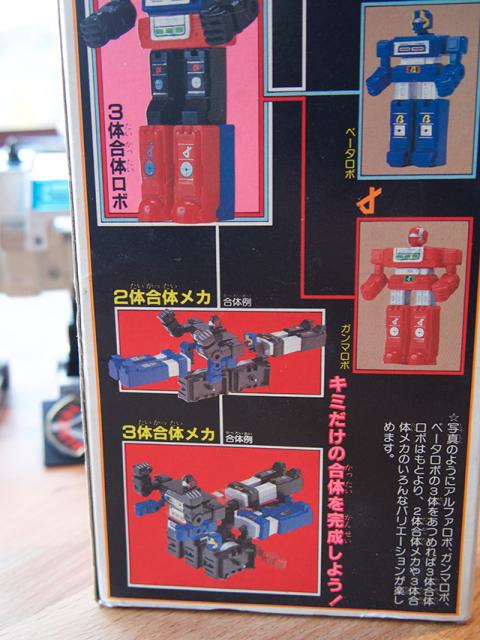 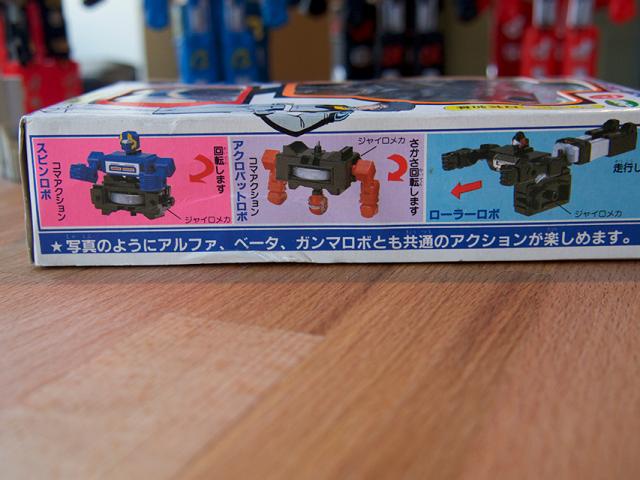 The toys come packed in a Styrofoam tray inside a window box. The packaging is nice, and the toy comes with a small instruction sheet that shows how to assemble the robot. 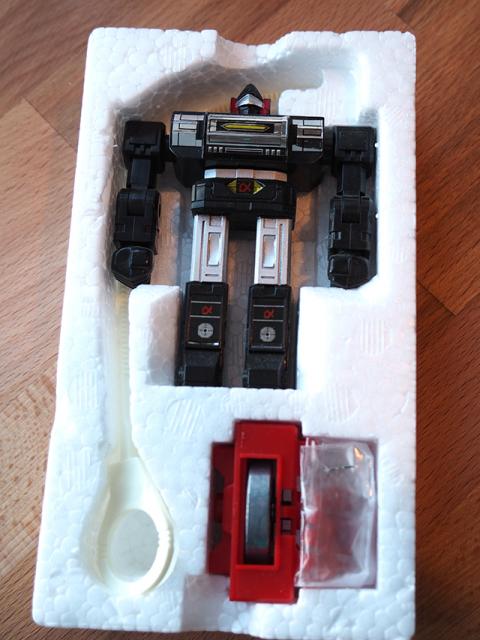 The proportions are obviously off with this one, because he forms the top of the combined robot, and thus, needs wider shoulders and longer arms. 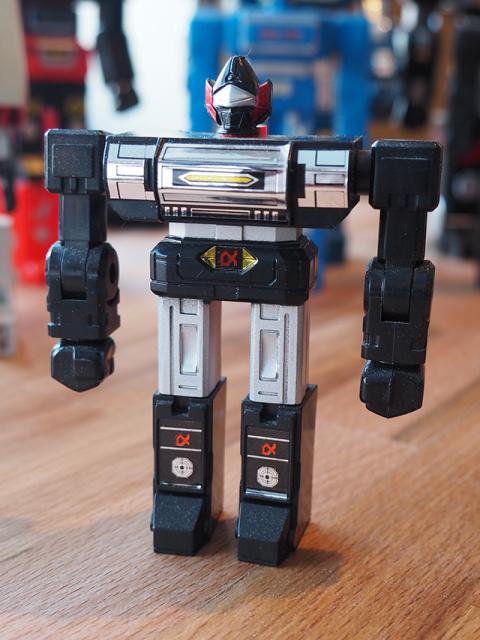 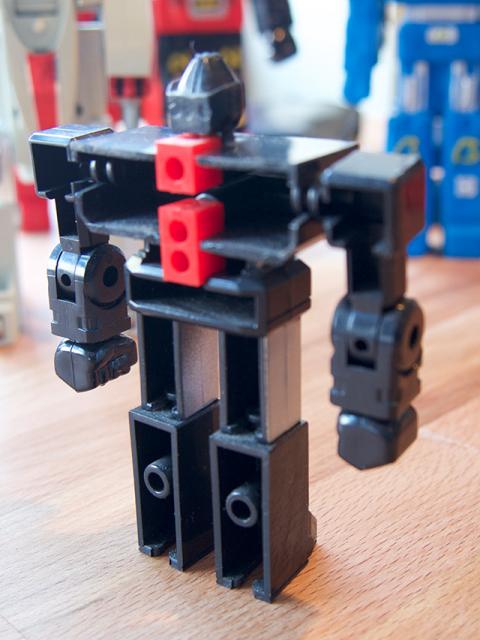 When you have all three Gyro Mecha toys, you can take them apart and re-assemble them to form Albegas, albeit only in the Denjin Dimension form. 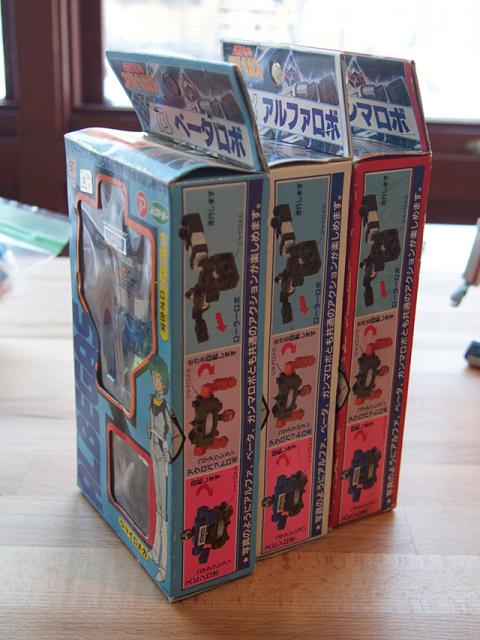 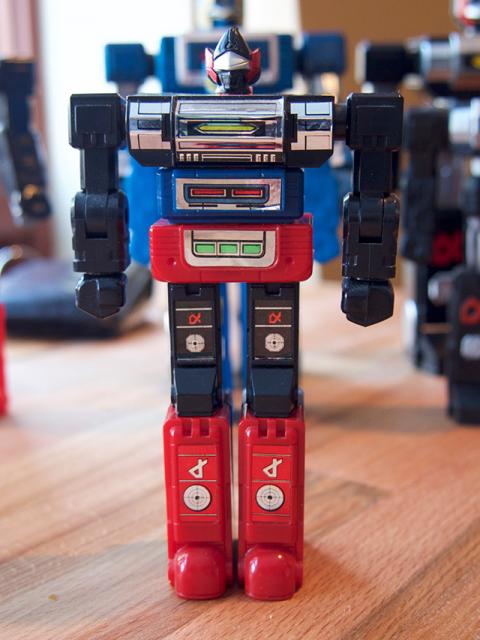 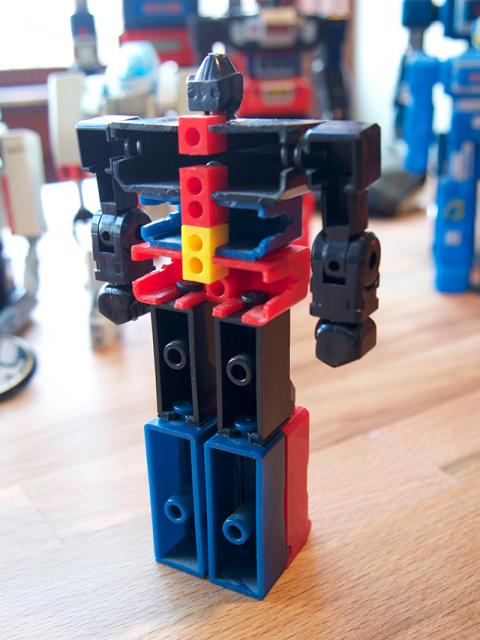