It was the summer of 1982. This was before my younger three siblings were born, so it was just my Mom, my Dad, my Sister and I. They took us to the theatre to see E.T. at the Showcase Cinemas in Lawrence, Massachusetts. I was nine years old.

I remember waiting in line while my Dad went up to go get tickets. He walks back to us and says there are exactly two seats left for E.T., so he also got two tickets to Tron. It was decided then that my Mom and I would see Tron, and my Dad would take my Sister to see E.T.

And with that decision, a lifelong obsession began. I fell in love with Tron, and to this day, it is one of my favorite movies.

At that time, back in 1982, my aunt was living in California, and when she called to ask what I wanted for my birthday, I asked for a Light Cycle. She got me one and to this day, she still tells me what a pain in the ass it was to find that toy.

I still have that Light Cycle today. Sure, it is beaten up and missing the ripcord, but it was - and is, one of my favorite toys. 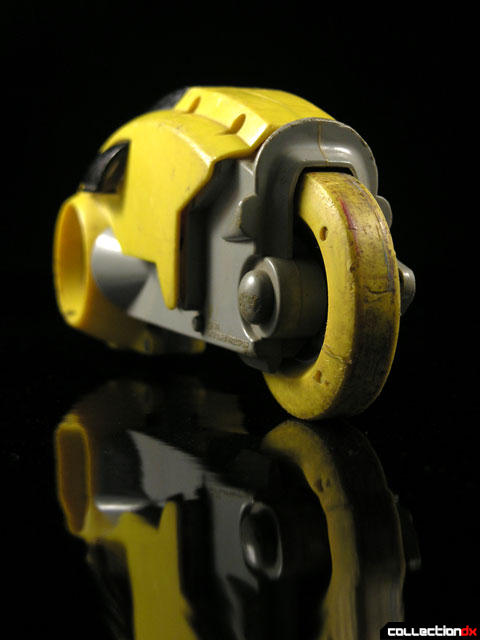 The Tron Light Cycles were made by Tomy in 1982. They released two versions '“ Red and Yellow; Red being harder to find. Each cycle was made of hard plastic and featured an opening cockpit and rip-cord action. You would insert a long ripcord into a hole near the rear wheel, and then rip it out. The heavy weight of the wheel made a wonderful noise, and made the Light Cycle act like a gyroscope. I remember placing that thing on the ground and watching it fly across the room; inevitably to smash into some appliance in the kitchen. No matter what I did to this toy, it never broke. Eventually the ripcord got brittle and cracked, but the cycle remained intact. 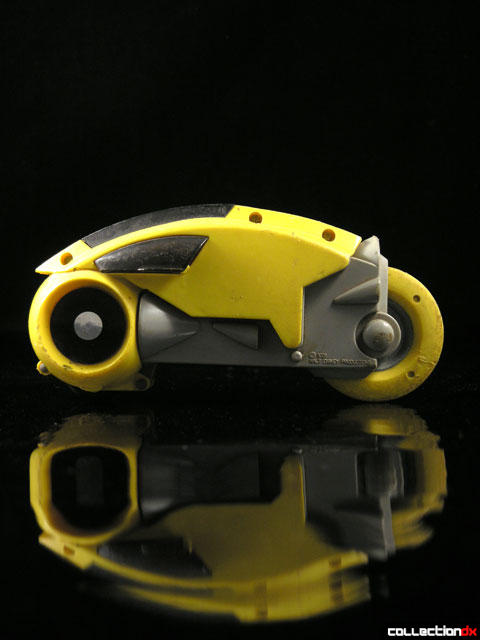 One of the things that made this toy great is that it looks almost exactly like it did in the movie. The only discrepancy is in the cockpit. In the movie, the drivers ride lying on their stomach, but the toy requires the figures to be in a sitting position. Any of the four Tron figures could fit in the seat.

In 2002 NECA reissued the Red and Yellow cycles, along with a previously unreleased Blue Light Cycle