In the 1982 anime Ippatsuman, the Tokyuu Mammoth is the carrier mode for the super robot Sankan-Oh (reviewed here). In the show, the Tokkyu Mammoth has three modes – a wheeled carrier mode, a walking mode, and Sankan-Oh (robot mode). This toy however is just the walker mode which resembles a large armored elephant. 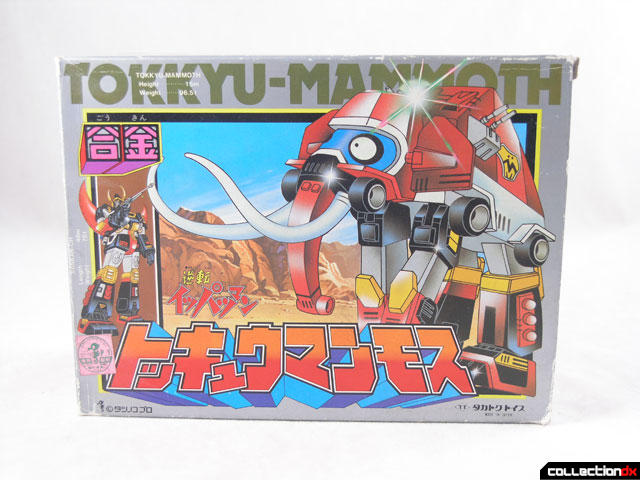 The box is beautiful and inside the Mammoth is cradled in a bed of styrofoam. The only accessories are a few missiles on a sprue. The missiles have two slightly different styles. 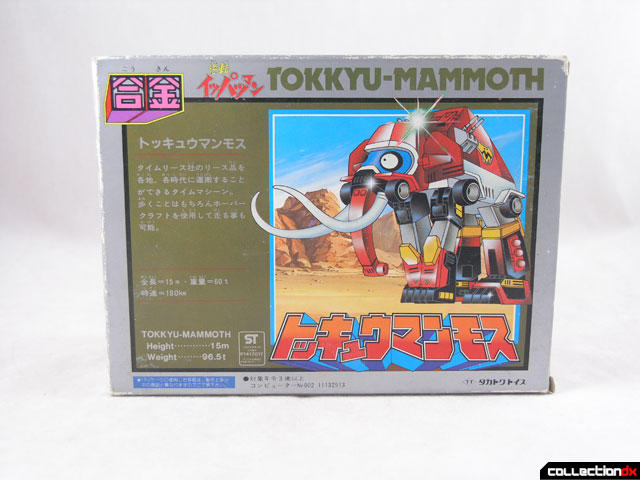 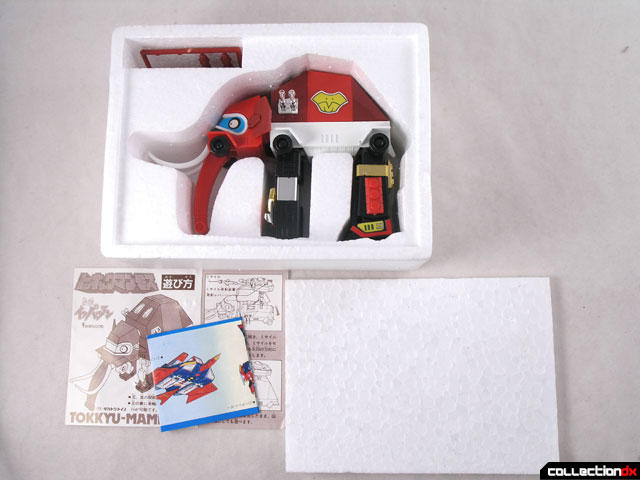 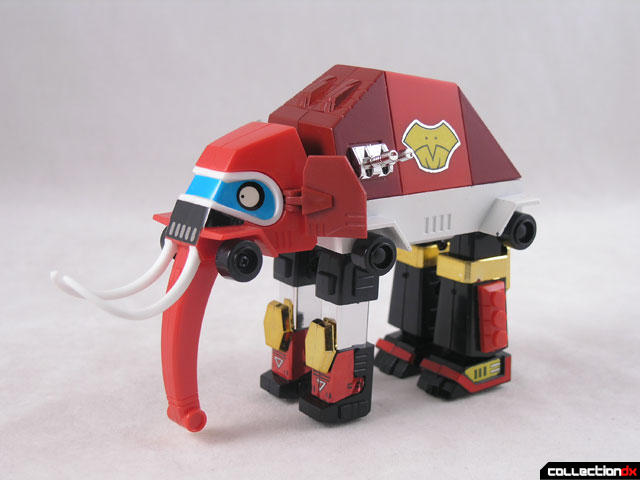 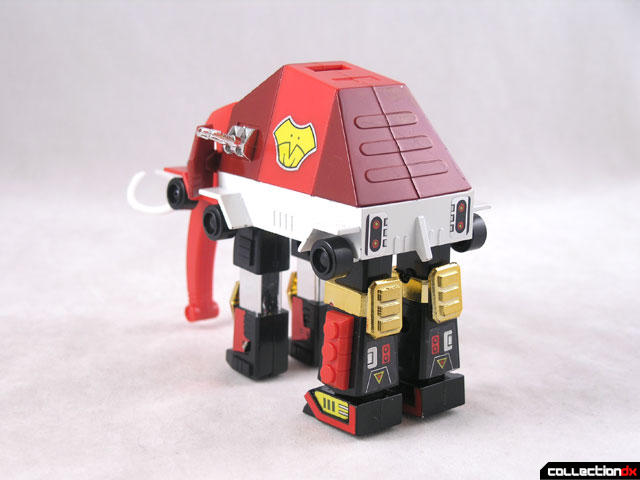 Each leg can move independently, the head can rotate and the ears can move. The rear feet are also jointed. 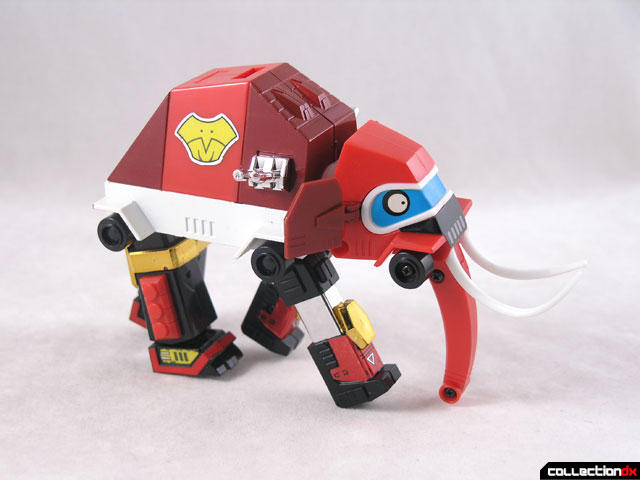 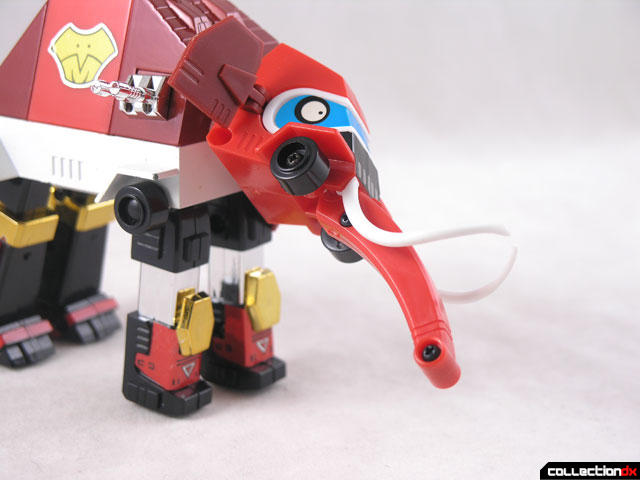 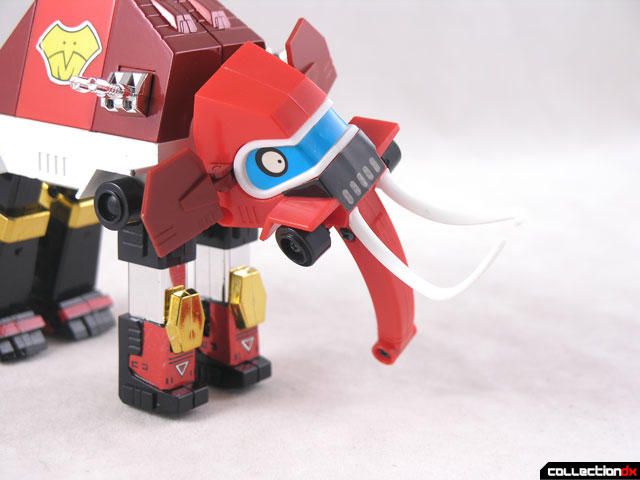 On each side of the Mammoth are movable chrome cannons. 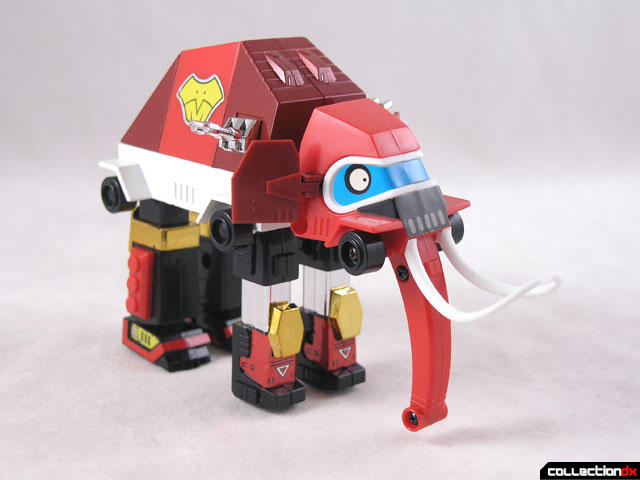 The main gimmick for this toy is the opening compartment on its back that conceals a missile firing cannon. Split open the rear compartment and unfold the cannon, then close the compartment around the panels. Simple, yet effective. 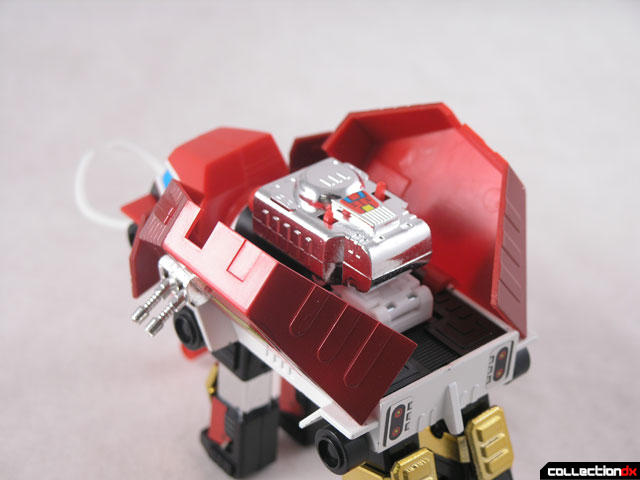 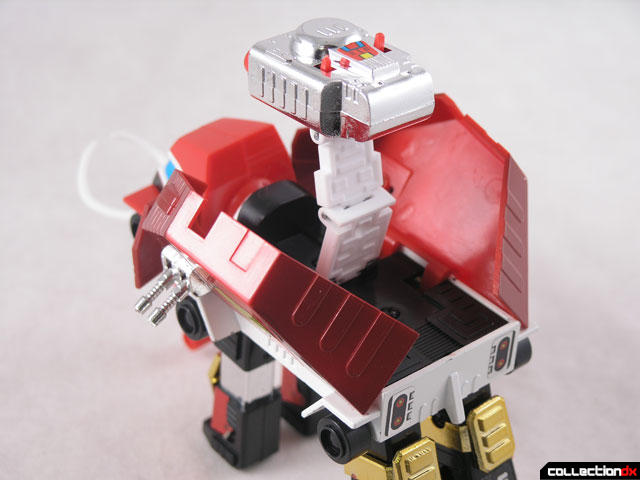 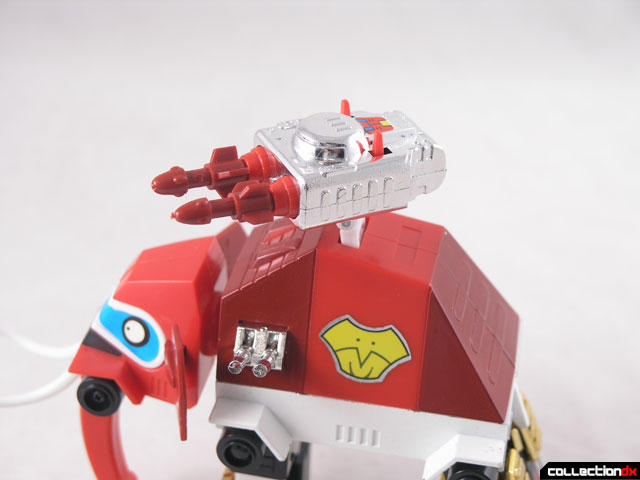 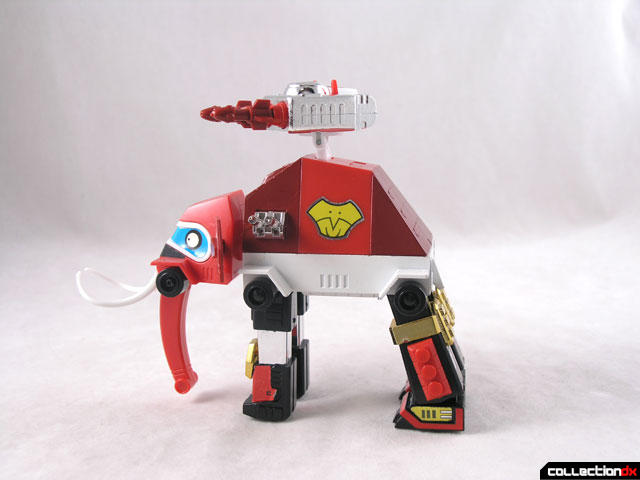 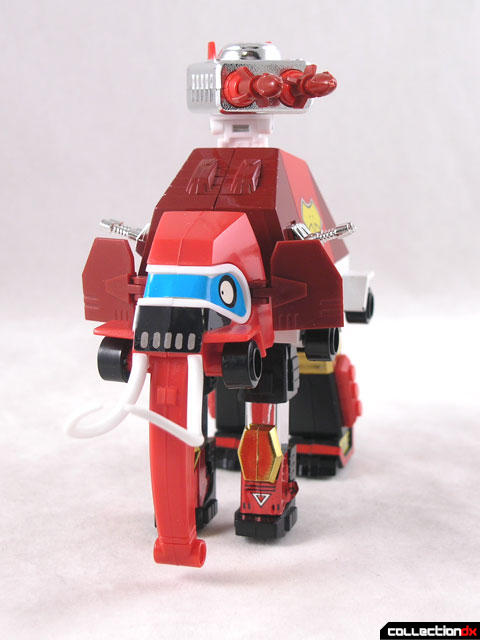 It's not a remarkable toy, but it's fun enough. It's got decent diecast but is light on gimmicks, and I'll admit that I am a little disappointed it doesn't transform into Sankan-Oh. But this was designed as a lower-cost option to the pricer deluxe sets so it gets a pass.

7 comments posted
call me stupid, but i just

call me stupid, but i just realized the design similarity between this and the AT-AT. now i want one

Every thing about this is fantastic. I especially love the colors used; they make it look so friendly.
I noticed that you spelled Tokkyu/Tokuu a few different ways. Is this a situation where the translation has been corrected since production?

This + some micro machine Snowspeeders would make an epic display

That is one VERY surprised robotic elephant. I LOVE IT.

I love seeing these oldschool diecast robot reviews. Keep it up!

While I prefer the Gyakuten Oh to the Sankan Oh, I think the Tokkyu Mammoth is way cooler than the Tokkyu Saurus. I think it's those big googly dim-witted looking eyes.