Postoler comes from the 1981 series Robot 8chan, a live action kids show. Designed by Ishinomori Shotaro, Postoler was one of 5 chogokin released from Robot 8Chan. 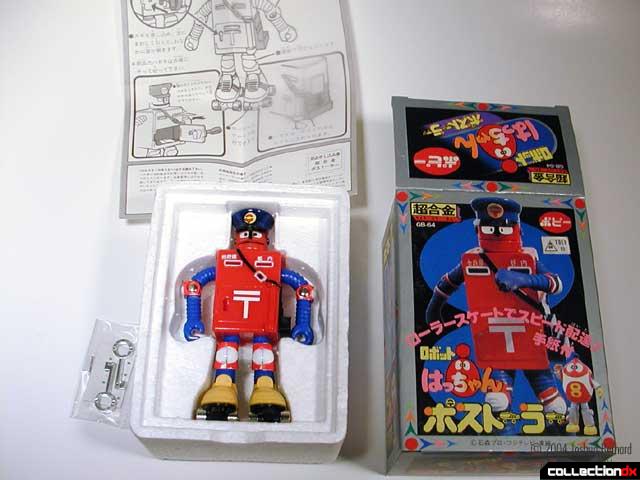 I use the term Chogokin lightly, because Postoler is almost entirely plastic. The only metal is in his feet and wheels. 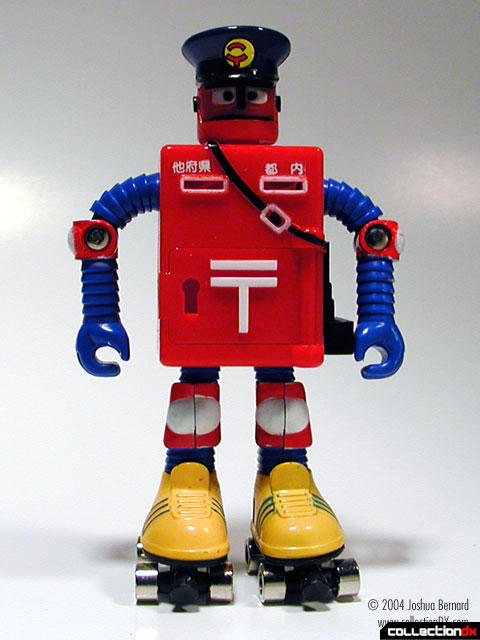 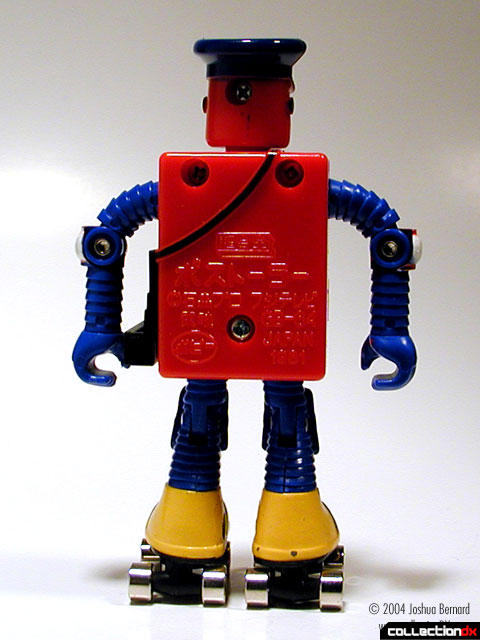 This is one of the more articulate chogokin robots from that time, with joints at the head, shoulders, elbows, legs and knees. Postoler came with chrome keys that opened his mailbox torso to retreive mail that had been deposited eariler. Little mail cards are also included. 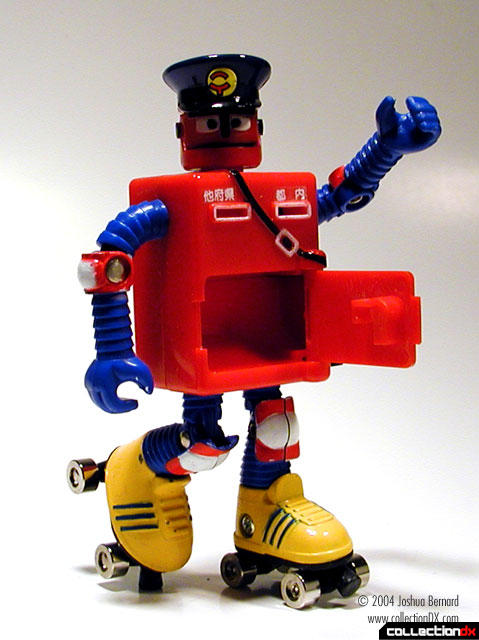 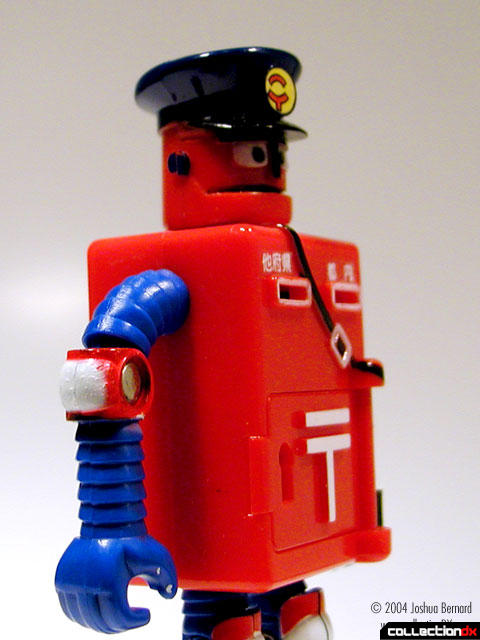 For a great history of Postoler and the 8chan show, check out Matt Alt's article on ToyboxDX.