That's the tagline for the Godaikin series from Bandai America which started in 1982. Guardian was one of the first released to American children, and possibly the most unique. Its design is based on matryoshka (Russian nesting dolls). 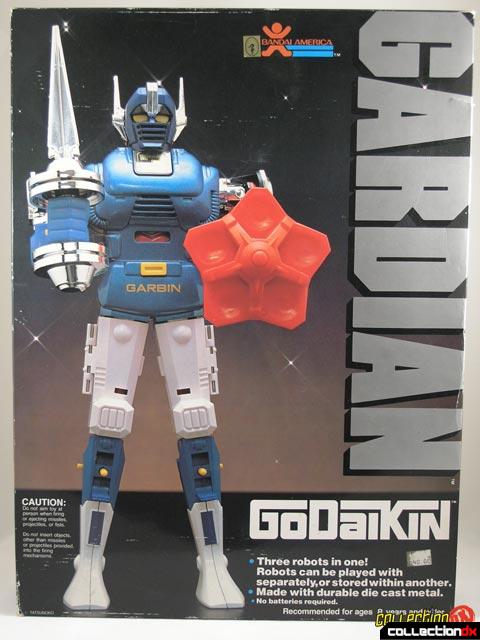 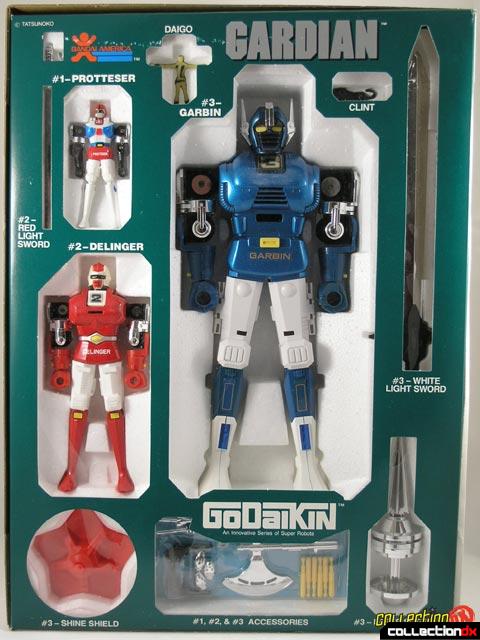 There are 3 robots included in the set; 1) Protteser, the smallest, 2) Delinger, the middle size, 3) and Garbin, the largest. 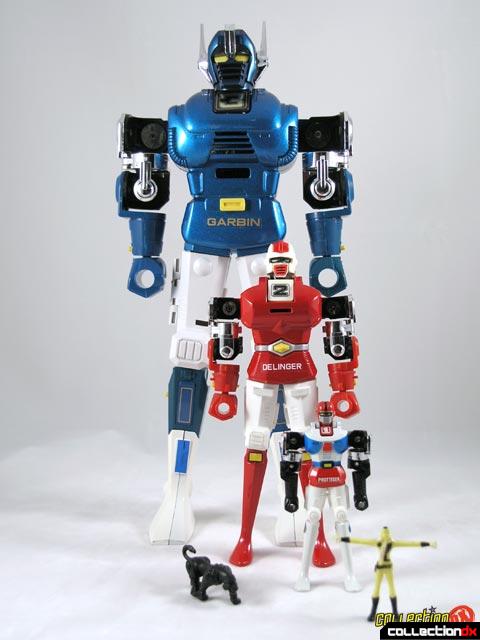 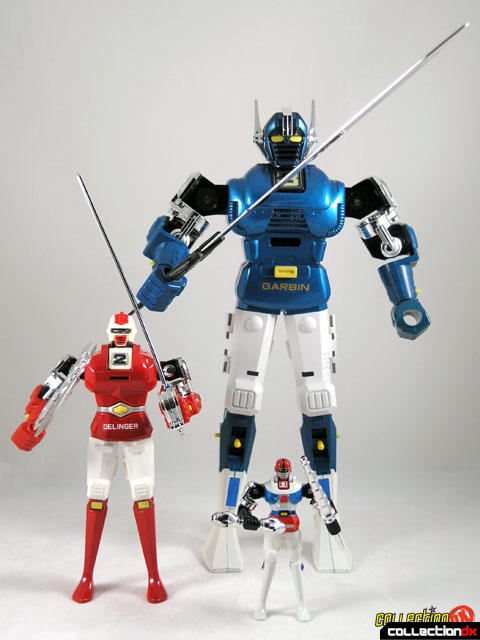 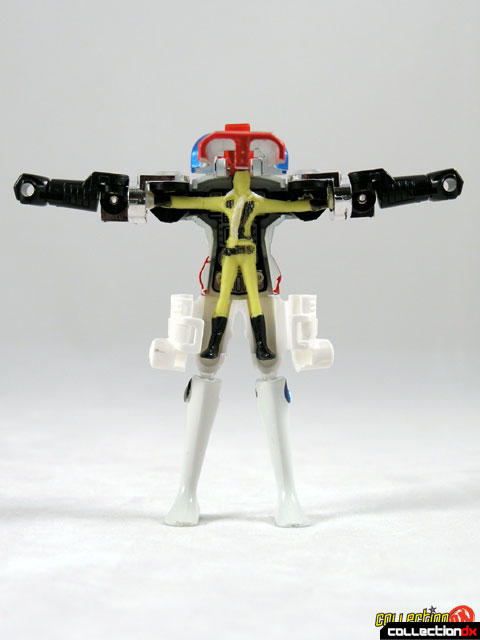 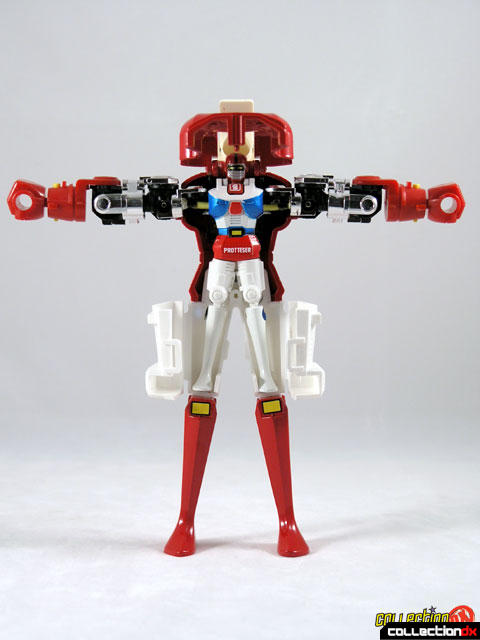 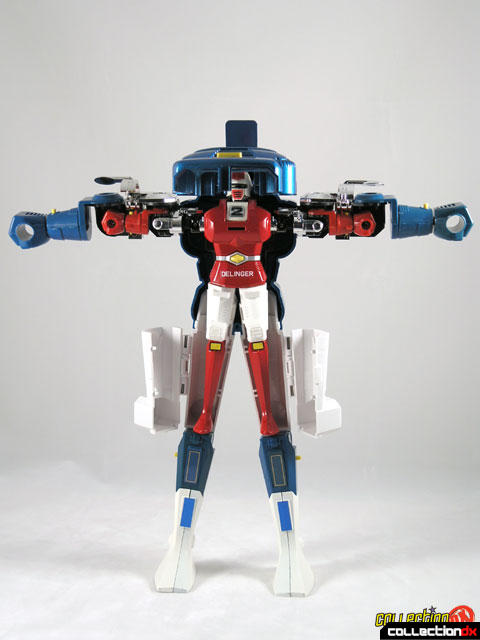 In the completed form (and as separate pieces) there is limited articulation in the legs (they only bend back at the knee), but the arms have 2 swivel joints at the shoulder, and one at the elbow. The fists fire from a spring loaded mechanism in both Garbin, and Delinger.

There are many accessories included in the set. There are 2 melee weapons for each robot, and a sword/spike/club (Laser Screw), and shield (Shine Shield) for the combined Guardian robot. The full list of accessories is as follows:

The set displays nicely, if rather static due to the leg articulation. Combining and taking apart Guardian lets you really admire the detail, and engineering. The inner detail in each robot is above and beyond what you would expect since when combined you won't even see it. You certainly won't see this level of detail in a modern toy aimed at children, and not adult collectors.

Guardian truly was a marvel for it's time. 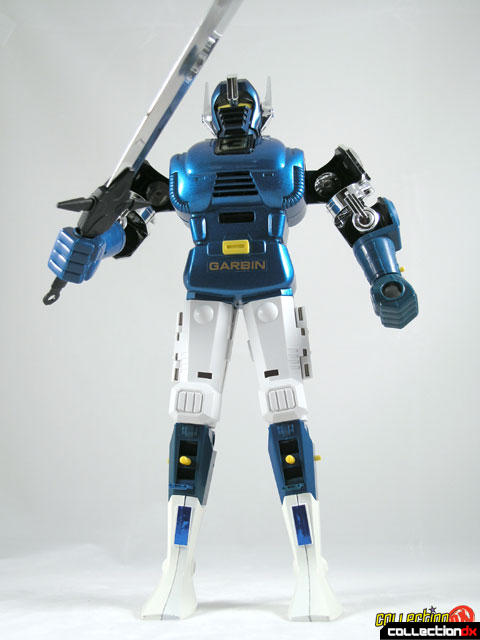 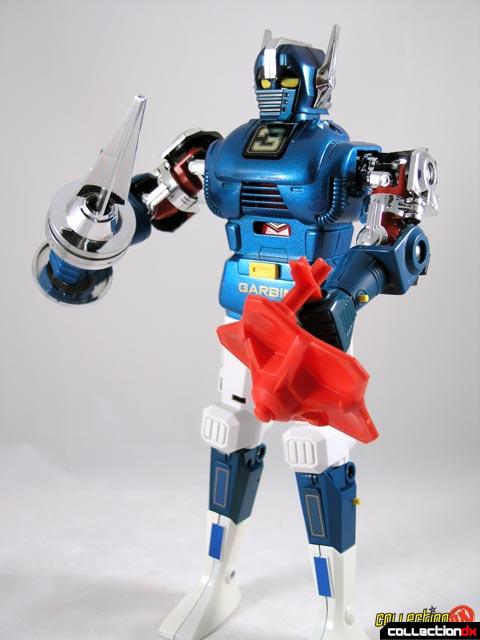 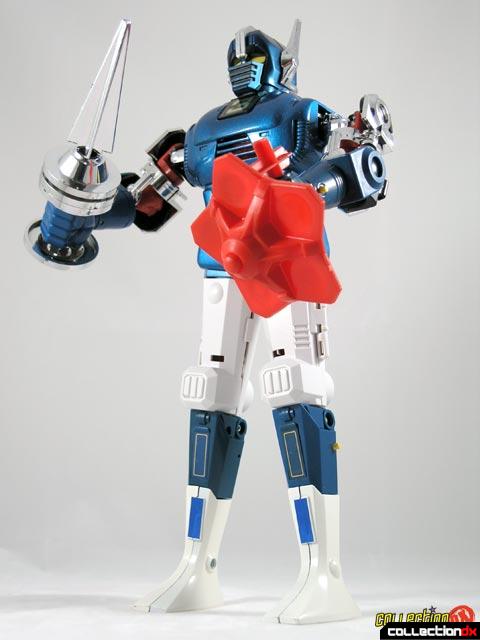 For those eager to run out and acquire this piece please be careful.
There is a very common knee joint problem in Garbin. The blue plastic made to make the shins gets rather brittle over time. When opening the knee joint look inside to where the blue meets the white plastic. Often you'll notice that the blue plastic chips there. It won't affect the toy other than having the knee joint flop back when picked up, but it will stand very firm with this problem. No tumbling.

Originally released by Popy in 1982 as part of their Chogokin line. Each individual component had a GB number, GB-09 (Protesser), GB-10 (Delinger), and GB-11 (Garbin).

I don´t know how, but I got the Original Gardian 20 years ago in South America. During those days, we had all the Japanese Shows translated in Cuba. I lost my super cool robots. :( I don´t remember the accessories though. Hope someone still enjoys them.

i've had this piece back from like when i was 8 years old... and lost them when we moved to indonesia.