This may look like that small Voltron you had as a kid, but it's not. This is the real deal - the GB-73 ST Dairugger XV that the Matchbox Vehicle Voltron was based on. 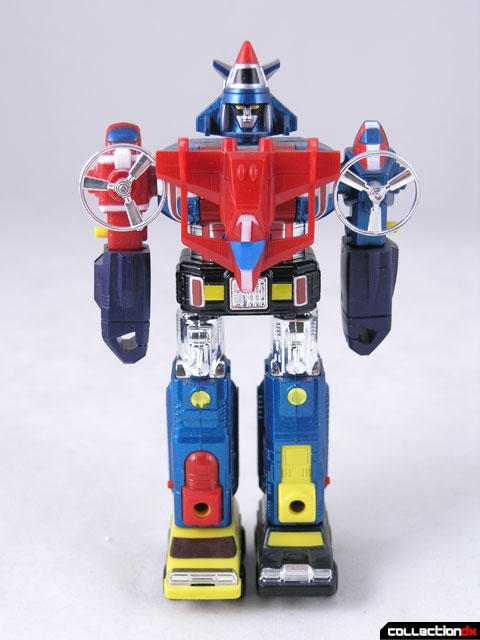 In the 80s it was not uncommon for American toy companies to license Japanese properties and bring over their toys. But due to some kid choking on a Battlestar Galactica missile, we had all these safety rules now which meant any cool Japanese toy brought over was going to be instantly neutered.

The original toy is cool as hell. When you had the old one, you knew it was destined to do more. When those fists came unglued, you knew they were supposed to fire.

In this version, they did. And it did a whole lot more.

The ST Dairugger XV shares a lot of parts with its bastard Americanized cousin, but there's a lot different.

The box is a beautiful Popy style box with fantastic illustrations all around. The toy comes packed in a styrofoam tray. 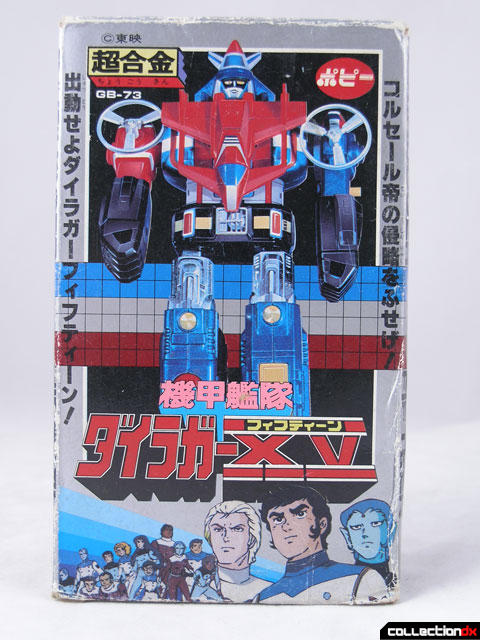 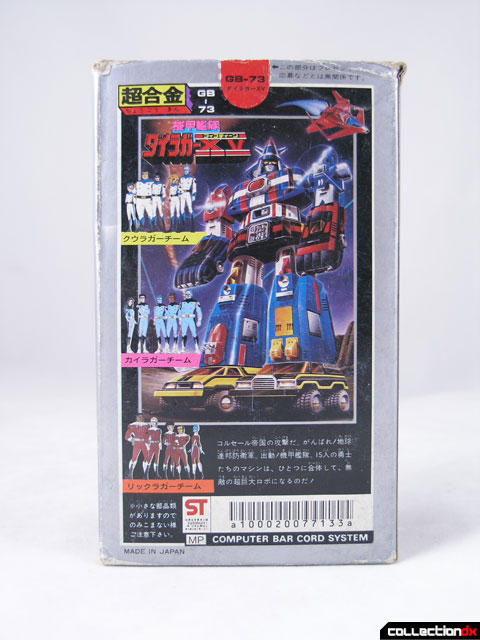 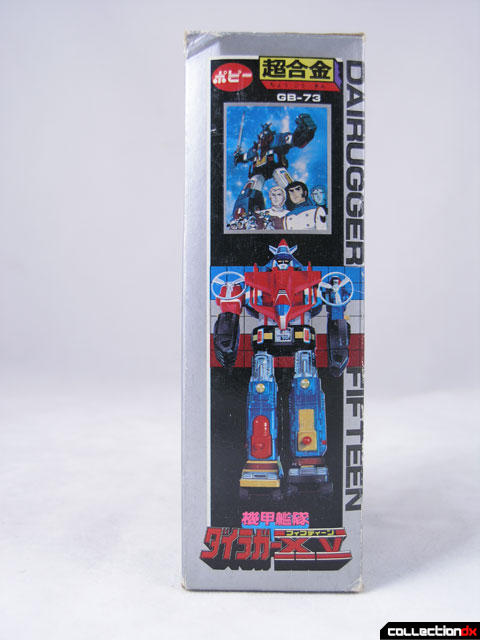 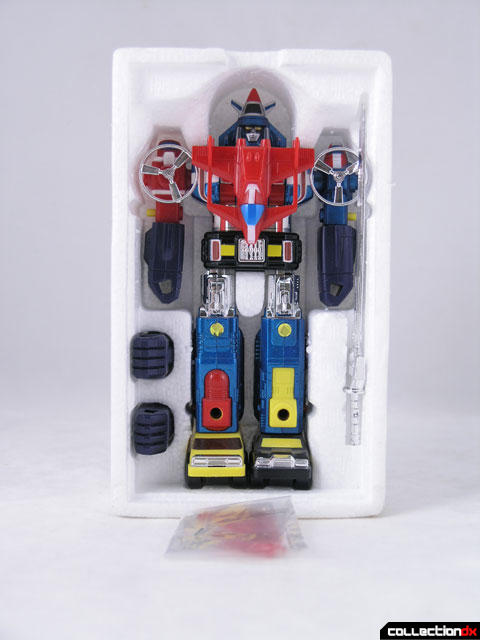 The chest is the same, and the US version still bears the Popy logo on the back. 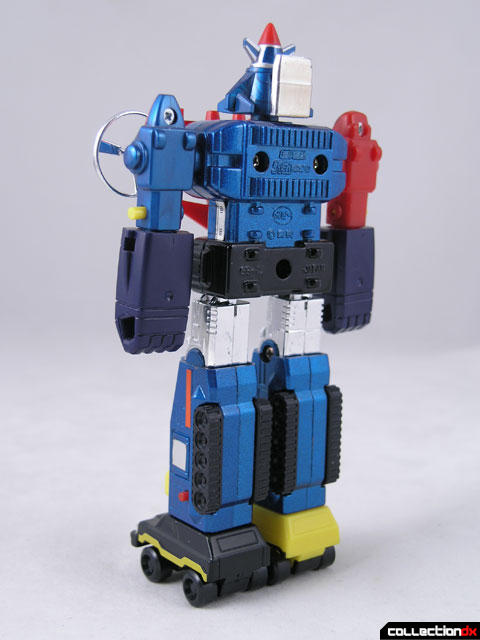 The hands now shoot, and the toy comes with an extra set of hands. Each had can be placed in two positions. 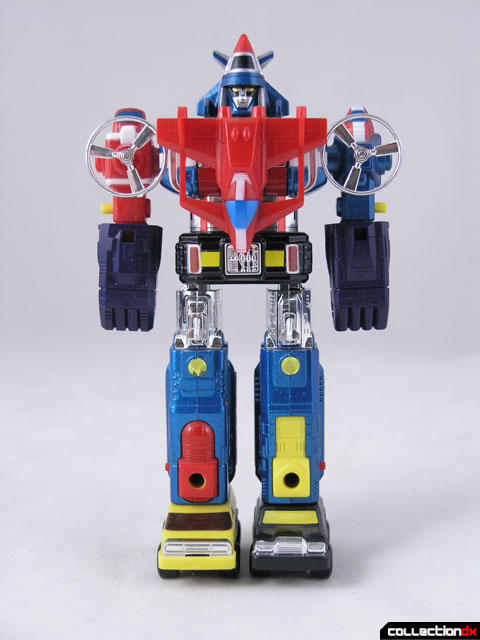 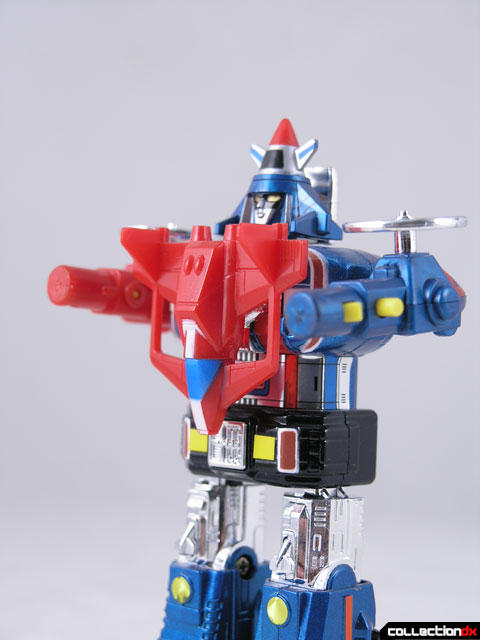 This version also includes a sword! 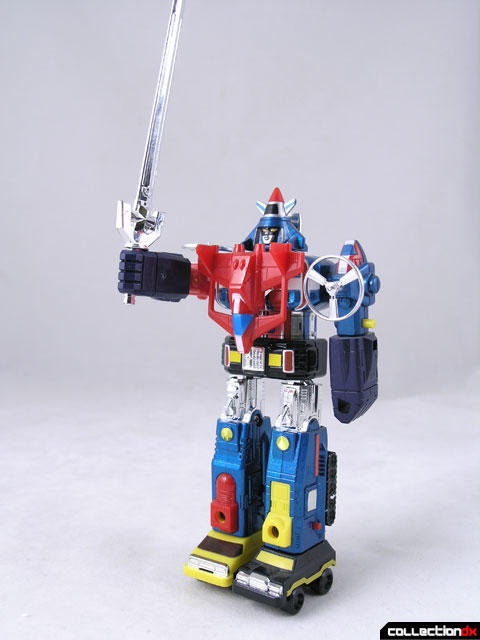 The legs on this version have built-in missile launchers, a feature never even hinted at with the original. The lower legs are diecast metal, with plastic car feet with rolling wheels. 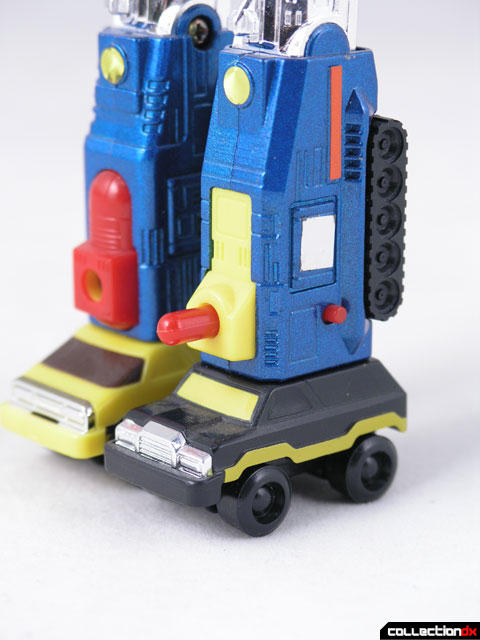 The ST Dairugger XV can be had for pretty cheap, compared to other vintage gokin. If you had the original as a youth you owe it to yourself to get one of these. 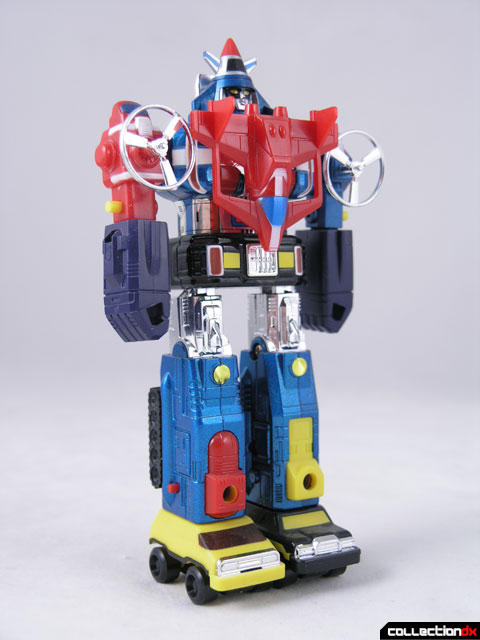 8 comments posted
It's nice to see you review

It's nice to see you review a vintage piece, especially of one of your favorite chogokins. I love seeing these toys in their original configuration. Thanks

Very cool. Even now, I didn't realize the original was so different from the Matchbox version. I also really like that the name and number of the toy seem to be printed on the sticker closing the lid!

This was originally 1850 yen?
I wish I could find spring loaded diecast so cheaply now!

Great review of a classic! I'm jealous of that box... I've got the styro, but no cardboard.

Only the Lion Voltron version got recalled for lead poisoning, Not Vehicle Voltron.

Now when is Bandai going to make a SOC version of this guy? It would be amazing.

As much as I dislike SoCs, I have to admit, I'd be hard-pressed not to pick up an SoC Dairugger. My Voltron I love trumps all. I adore my Matchbox DX combiner, but the thought of a combining, diecast, poseable Voltron I tickles a part of my brain that doesn't get much titillation.

I was busting on JoshB just yesterday: this review inspired me to pick up a mint GB-73! I had been "satisfied" with my Matchbox one for a while...it's time to upgrade, though.