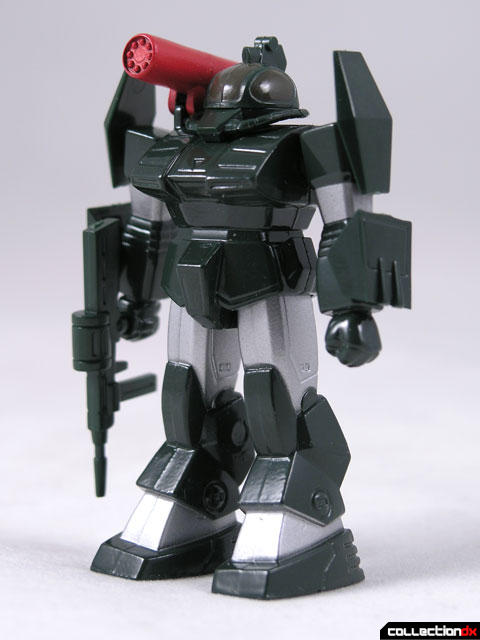 In regards to the Roundfacer, it was the primary war machine in the Federations’ battle against the rebels. Soltic is actually the company that manufactured the H8, and they would later go on to make variants to fight the rebels on different terrain. “Roundfacer” is actually a nickname given to this model. 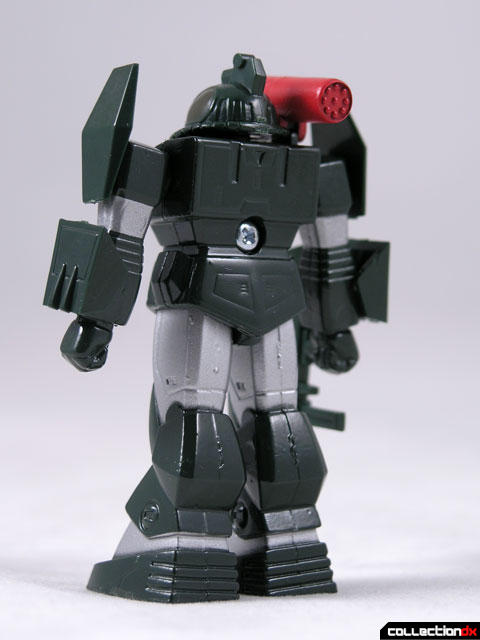 To me, the Dougram robots have always been good guys. My first exposure to them was the Robotech models by Revell, and only later in life did I find out about their heritage. I was dismayed to find out that the Soltic H8 was a mass-production model, that there were meant to be hundreds of them. 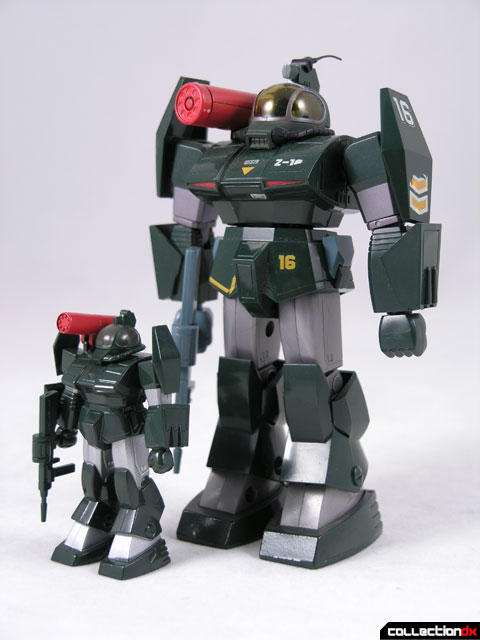 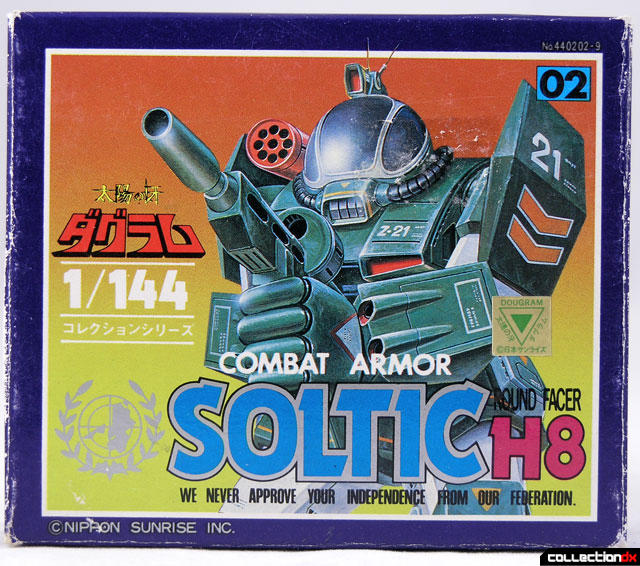 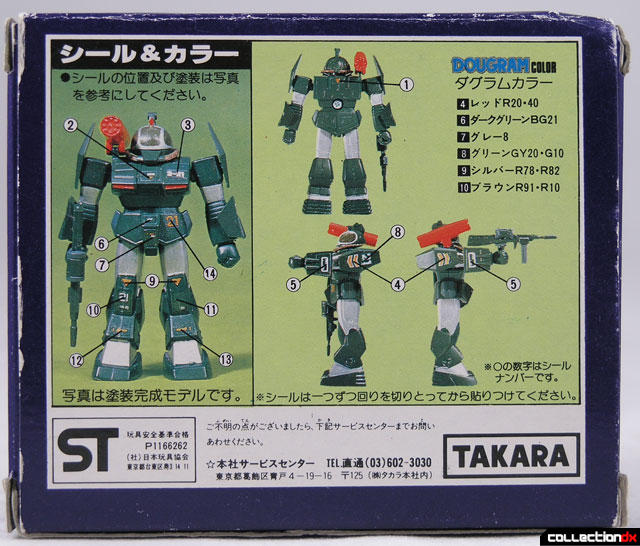 The Soltic H8 comes with a gun, rocket launcher, and shoulder and arm armor. The toy has a sticker sheet, but I think it looks fine without stickers. The toy was actually meant to be painted up and detailed as a real model (as was the trend at the time). 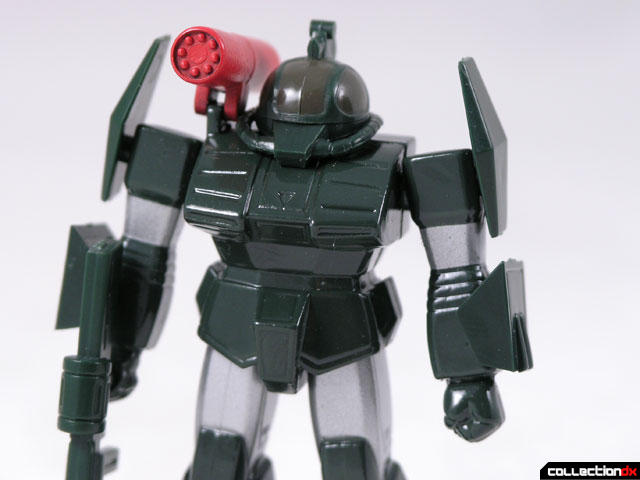 These little 1/144 Dougram toys are vintage crack at it’s finest. You have no excuse not to get some.