This is an odd mid-size vinyl of Raideen that was released in that period when Popy began to transition into Bandai Proper. While the merge wouldn't be complete until 1983, there was the odd product here and there that should have been branded Popy but ended up branded Bandai.

Raideen comes carded on a rather garish pink blister card. Mine is beat to hell, so I have no qualms opening it for this review. 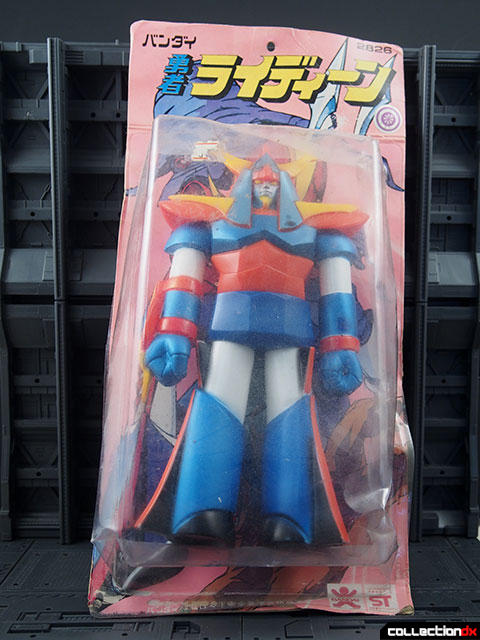 On the back is great artwork, unobscured by all the modern bullshit that is required like bar codes and contact info. Note the Popy logo in the bottom right corner. 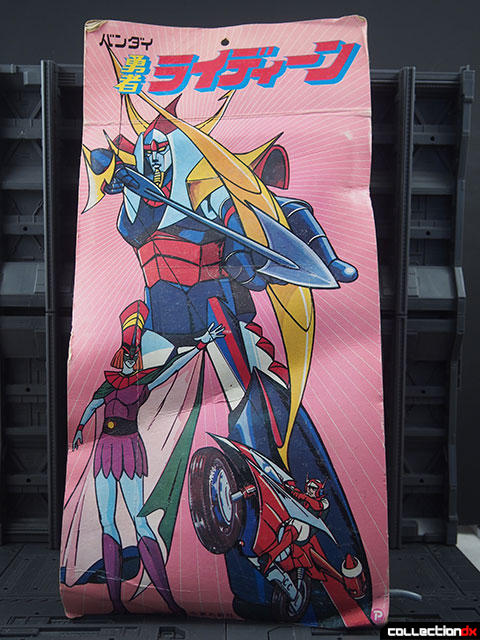 Some may think removing this from the card is a sin, but in this condition I just don't care. As you can see, Raideen is decently sculpted, but it's rather boring. Neither dynamic or heroic, it's just an uninspiring sculpt. He stands about 8 inches tall. 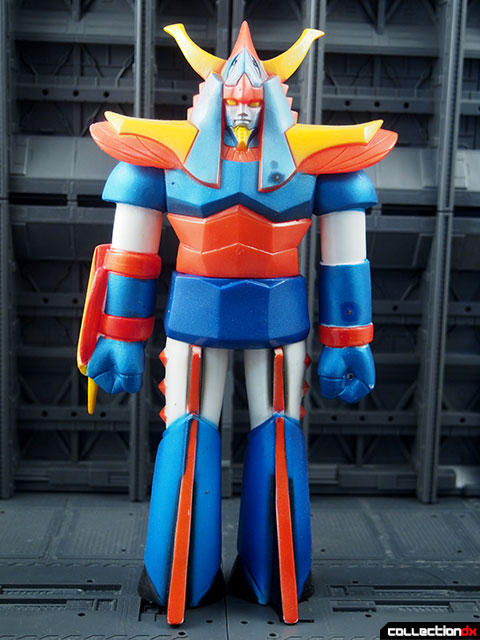 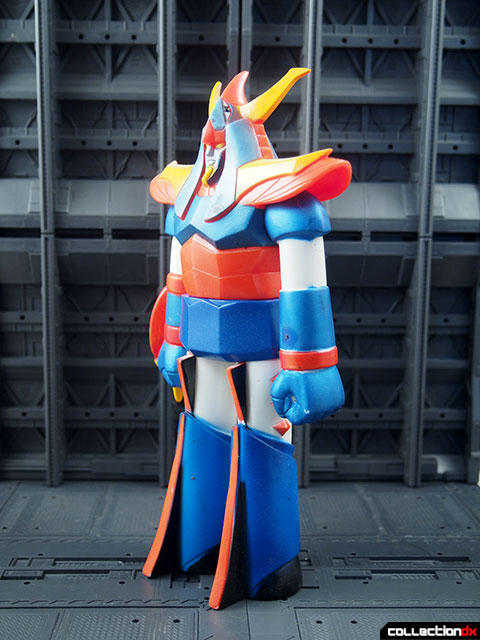 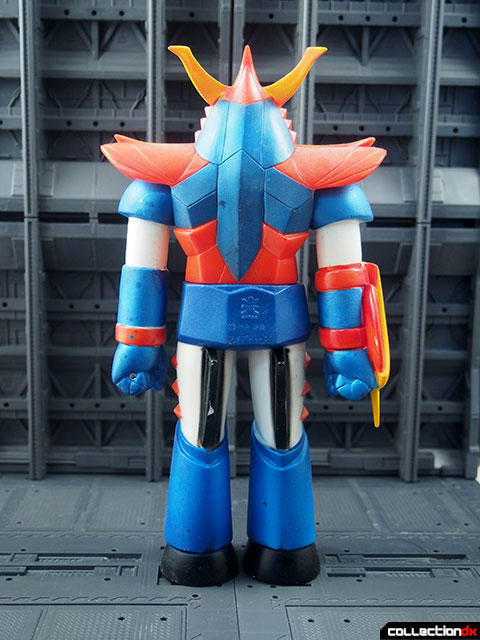 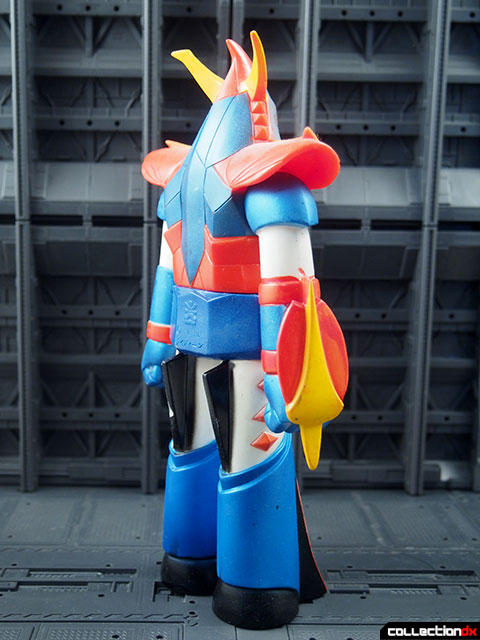 You can see some weird spots on the figure. This is due to some flecks of some gunk that got caught on the figure during the manufacturing process, causing a sort of bleed on the figure. It looks like crap. 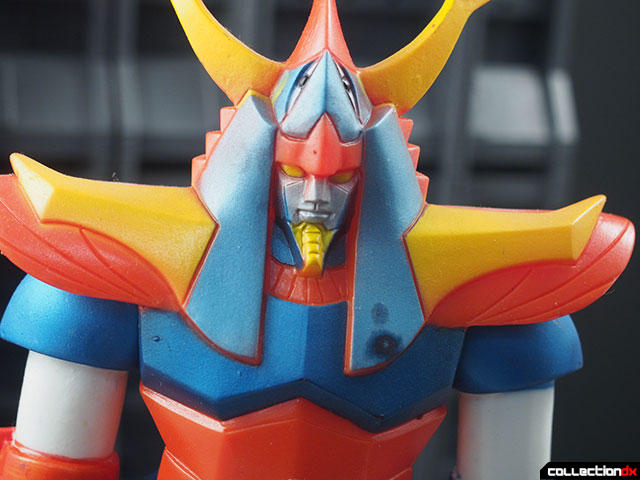 Bandai stamp on the back, as opposed to the foot. Again, blemishes everywhere. 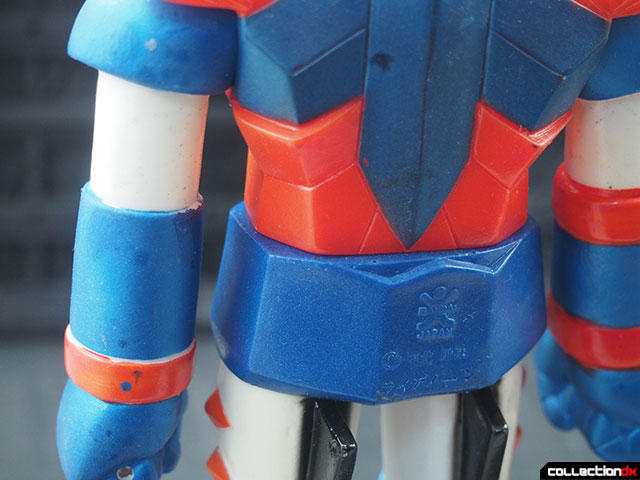 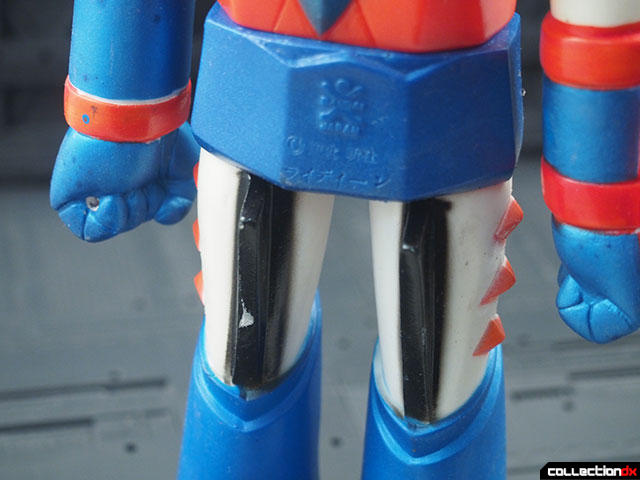 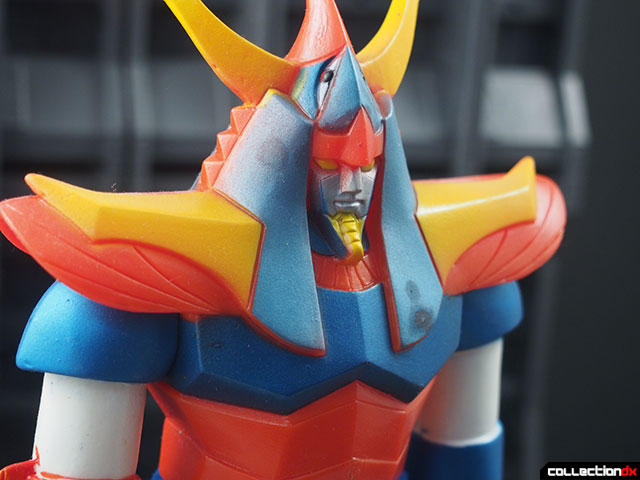 Raideen comes with his Godbow, which sort of clips onto the hand awkwardly. 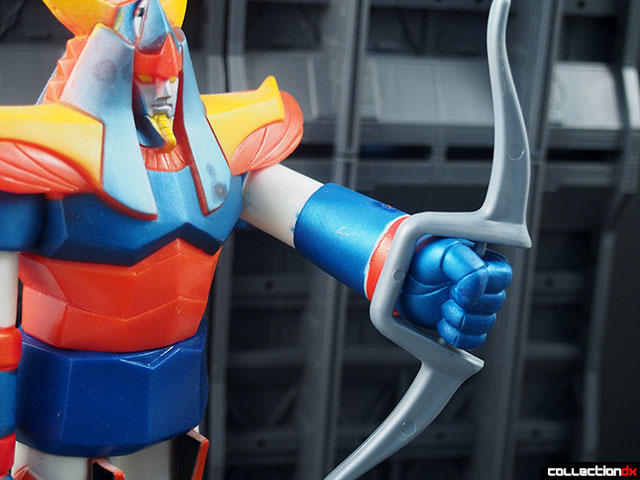 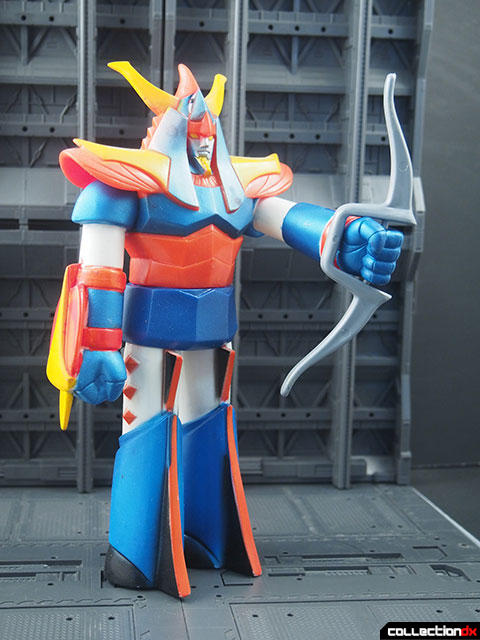 Articulation is limited to the standard points of a vinyl figure. Arms, waist, legs but in this case not the head due to the design. 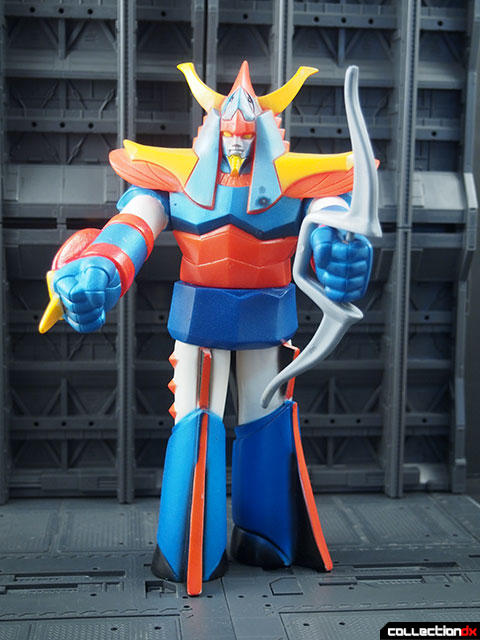 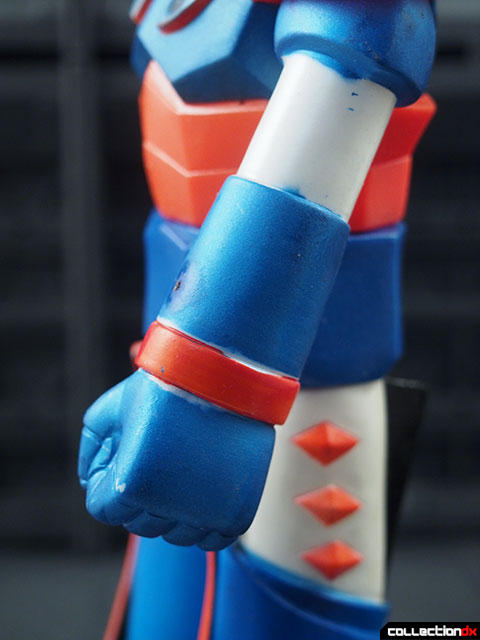 If you can find one without the spots, go for it. Otherwise, it's only for hardcore Raideen fans like myself.