The Mackerel (マッケレル) comes from the series Fang of the Sun Dougram (太陽の牙ダグラム) which aired from 1981-1983. 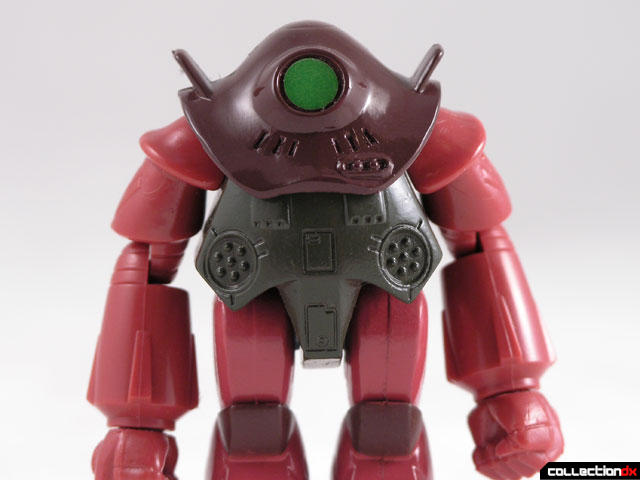 I first fell in love with the Mackerel design when I was a little kid. I remember building Robotech model kits from Revell in 1984 on my summer vacation up at Lake Winnepausaukee. While my parents would sit around the cabin and talk, I would be building model kits on the porch. One of the best things about those Revell kits was the box art. Each model kit was built up, painted, and placed in a fantastic background setting. I had no knowledge of Dougram at the time, so these images were my only window into this mechanical world. Out of all the robots shown on the packaging, I have always had a soft spot for the Aqualo - the Robotech version of the Mackerel. 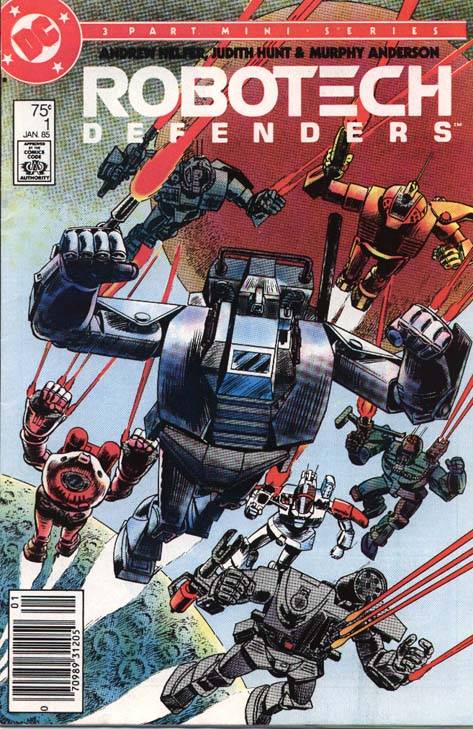 In 1985 DC comics came out with a 2-issue mini-series called Robotech Defenders. This book took the Dougram model kit designs and placed them into a new story. You can see some of the comic here. I was introduced to this story before I knew of Macross or the later Robotech series that used Macross as its base. As a 12 year old boy I was totally enthralled with the story - each world had its forgotten warrior lost somewhere on its planet, and it was up to "chosen" pilots to find them. Each robot had its own location and its own story. To this day, this comic is my story of these robots, not Dougram. I'm sure if Dougram is ever subtitled and released here that might change. But for now, as dumb as the comic was, to the 12 year old boy in me, it was a grand fantasy. Harmony Gold would later enter into an agreement with Revell to use the Robotech name with its new television series and merchandise. 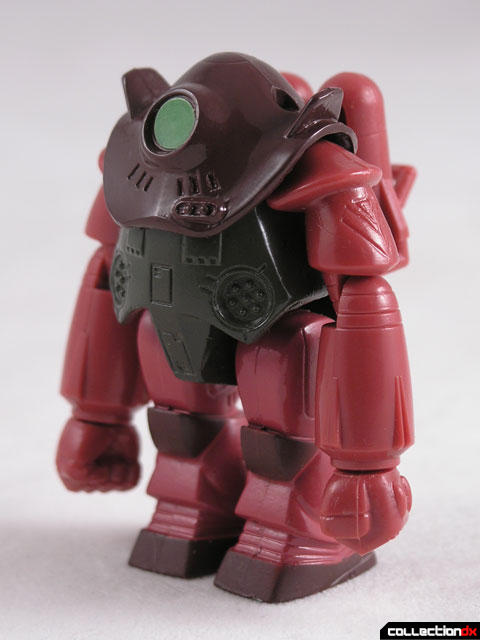 It wasn't until recently that I got my hands on an actual toy of the Mackerel. There arent many different toys of this out there - Just a model kit and this diecast. I've prayed to Yamaguchi to make a Revoltech version of this figure, but it appears their Dougram fascination has passed. 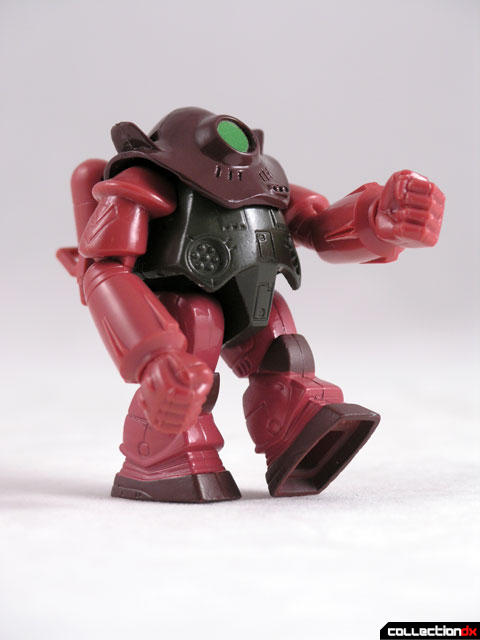 The Mackerel is in 1/144 scale, making it proportionate to the other figures in the Dougram Collection Series. The body and legs are diecast metal, while the arms are plastic. Included with the toy is a back unit that resembles a scuba tank, a set of "open" fists, a small sled vehicle and a pilot. The sled vehicle requires paint and assembly (a painting guide is provided on the back of the box). Also included is a sticker sheet and catalog. 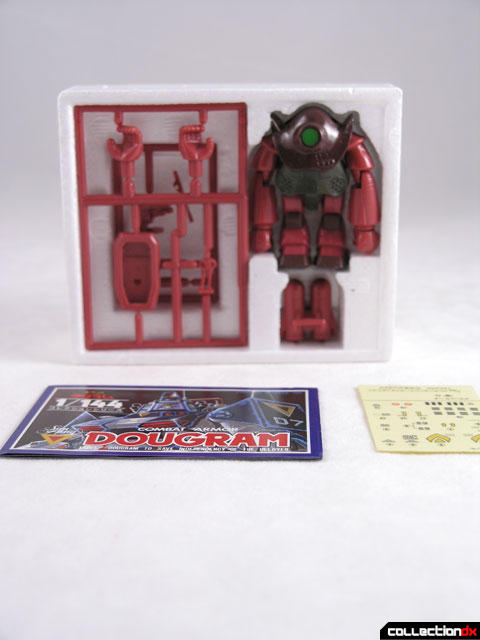 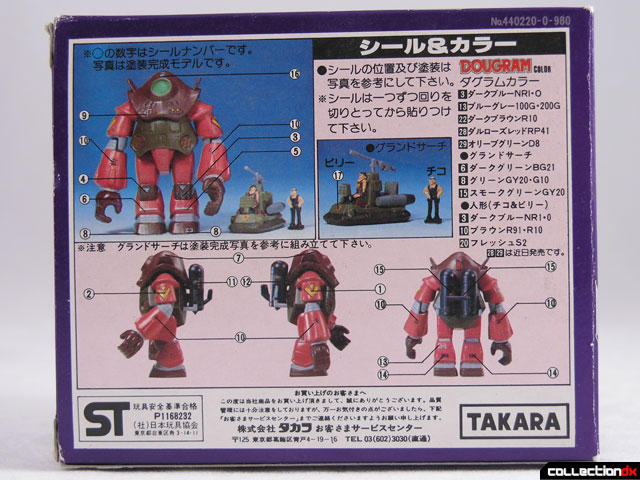 The Mackerel is somewhat of an oddity in the Dougram Collection Series. It has swappable hands and jointed elbows, something you don't see with other toys in the line. 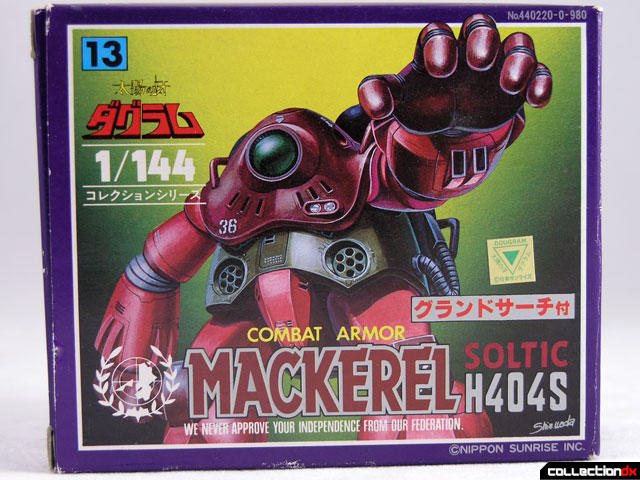 The box is absolutely stunning. The box art for all these Dougram toys are just perfect, and among my favorite boxes ever.

For your further enjoyment, some related Dougram Mackerel links: