I’m not sure who produced the first 3 ¾ scale action figures in the US, but it may well have been Fisher Price with their Adventure People series in 1974. In Japan, Takara would release their Microman line in the same year, but Star Wars figures didn't come out until 1977, and G.I. Joe in 1982.

The Adventure People were an action figure line composed of real adventurers – pilots, campers, doctors, astronauts and more (later entries would also include aliens as well).

By the time I got into action figures with the first Star Wars movie in the late 70's, Adventure People were well established. I remember being enthralled with the variety of vehicles and figures, and at the time the two lines were interchangeable. My astronauts flew in the X-wing and it wasn't uncommon for an Adventure People figure to mingle in the makeshift cantina I made out of cardboard. However years went by and without a brand to support it, the Adventure People ended and were largely forgotten by most collectors.
But few of us fondly remember the line, and can safely say that it was one of the best toy lines of the 70's.

These things were durable, well sculpted and incredibly fun toys. The space shuttle they made is an amazing toy that I hope to review on CDX one day.

The Land Speed Racer was a futuristic set inspired by the efforts to break the land speed record in the 70's at the Great Salt Lake. 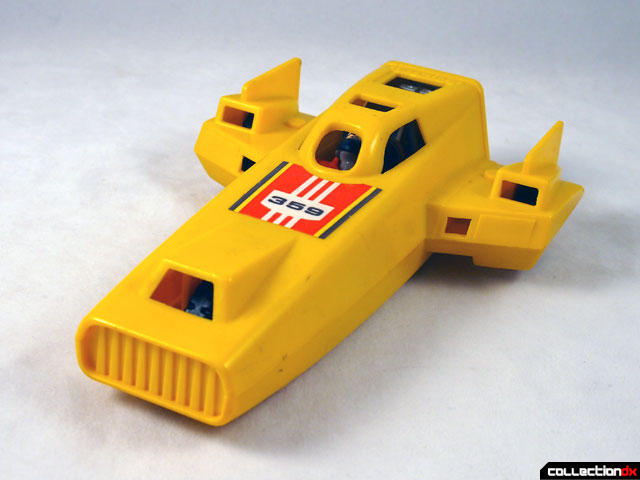 These futuristic race cars would look like spaceships that hug the ground at record speeds. One could also assume that the Star Wars Landspeeder also was inspired from the same culture, considering George Lucas’s affinity for car culture. 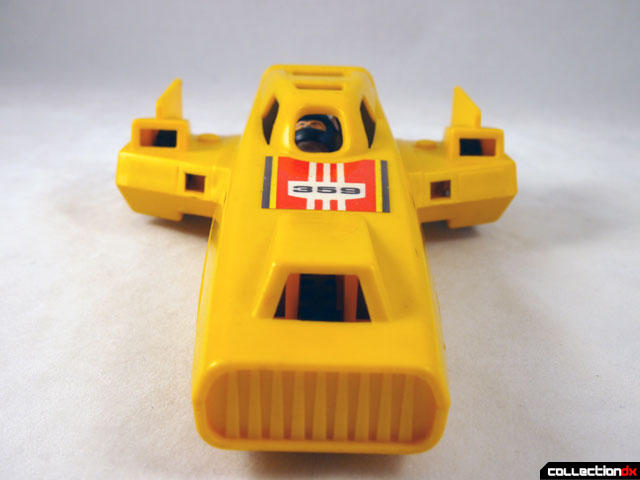 Let’s face it, the yellow vehicle looks like a spaceship, and that’s what I’m sure most kids used it as back then. The driver even resembles an astronaut. 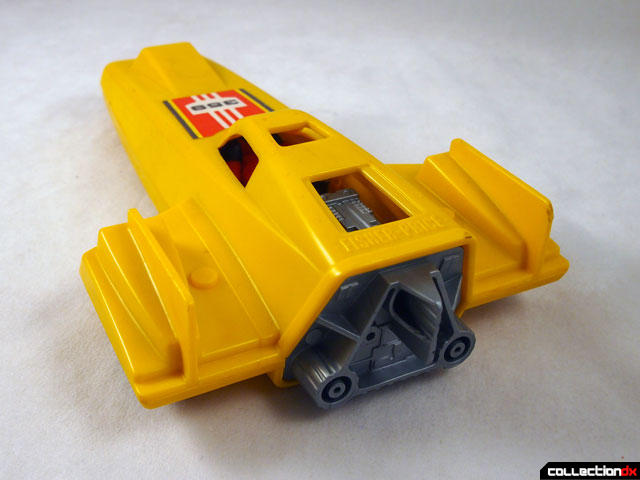 Despite over 70 figures being released in the line, most of the Adventure People had common characteristics:

The driver has all of these features, and is made of solid hard PVC (limbs) and ABS (body). He’s pretty awesome. 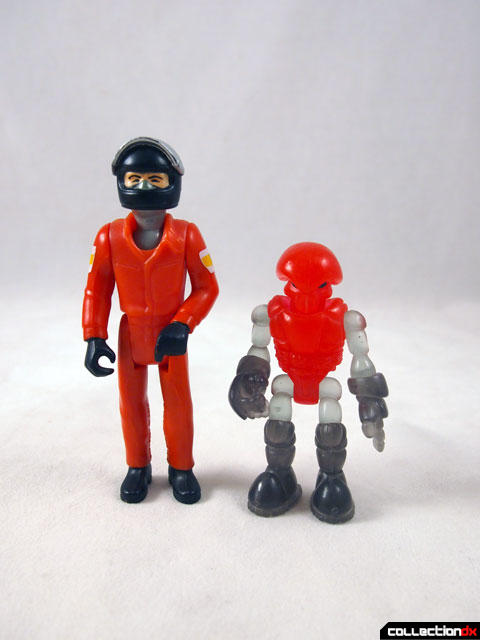 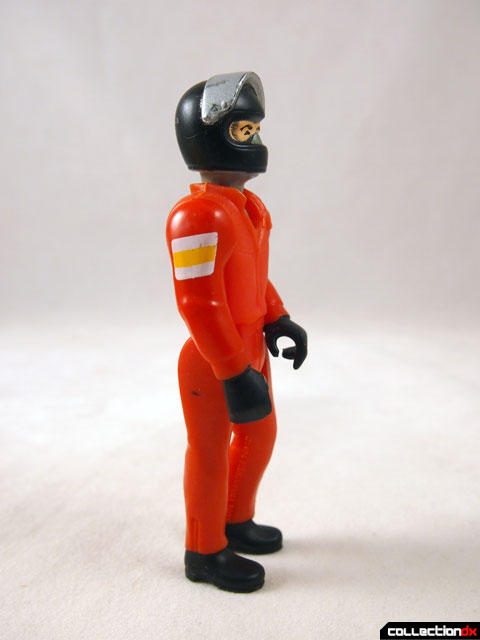 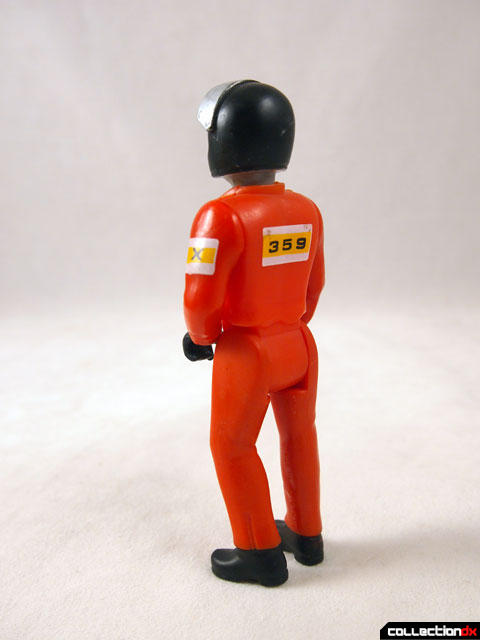 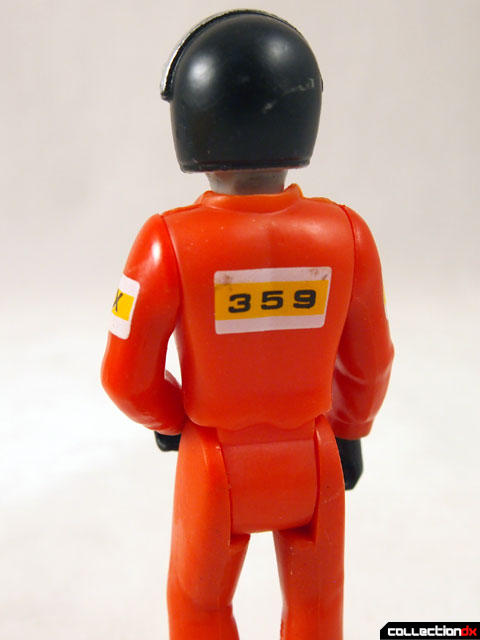 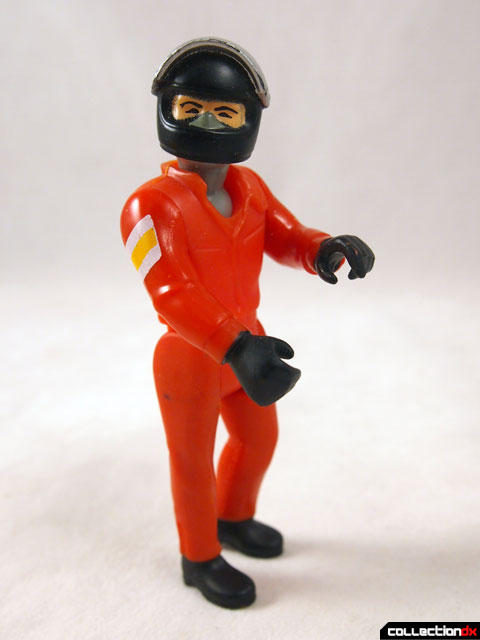 The Racer is a sturdy brick of a toy. This thing has survived over thirty years of play with minimal damage. This is a testament to the designers back in the day. These things almost never broke. In fact, the only damage you usually see is sticker wear, or yellowed plastic. 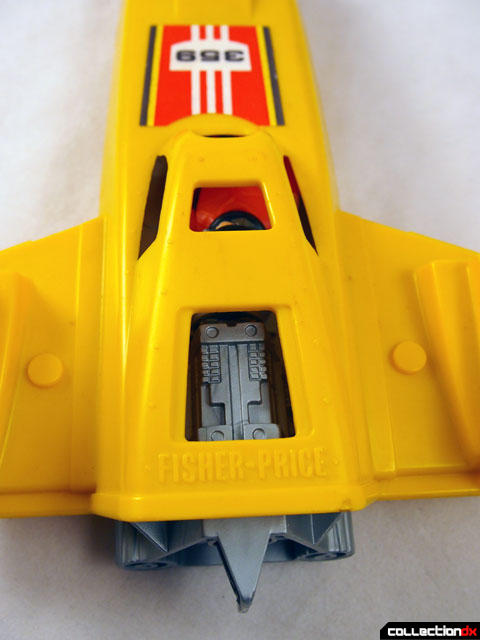 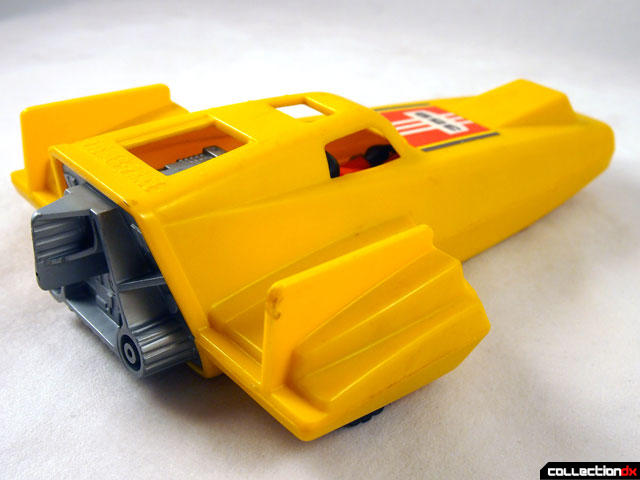 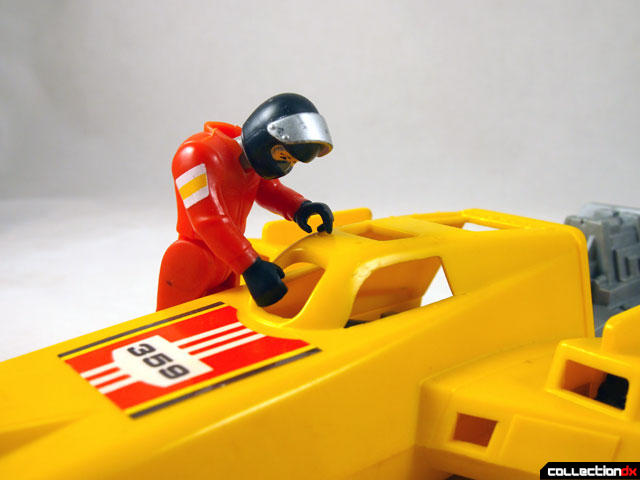 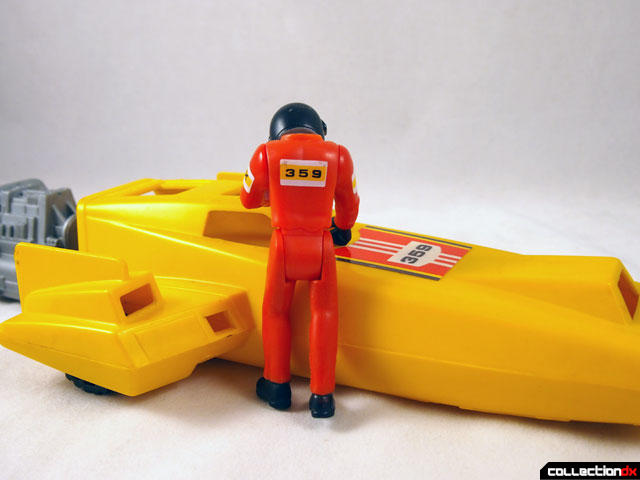 The only gimmick with the Land Speed Racer is the ability to pull out the engine and cockpit from the rear. The figure sits inside and can be seen through the holes in the vehicle. 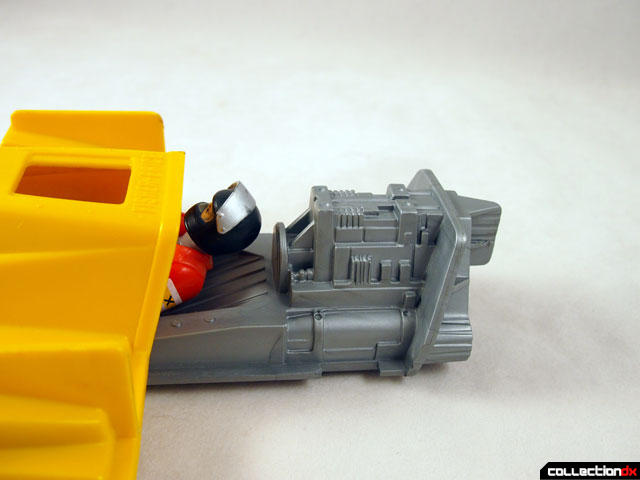 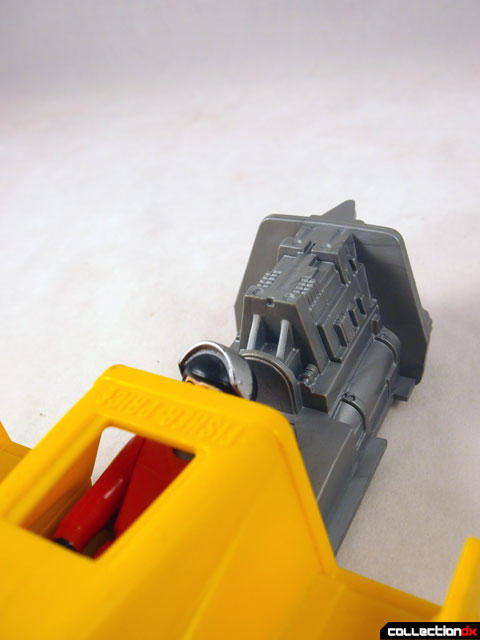 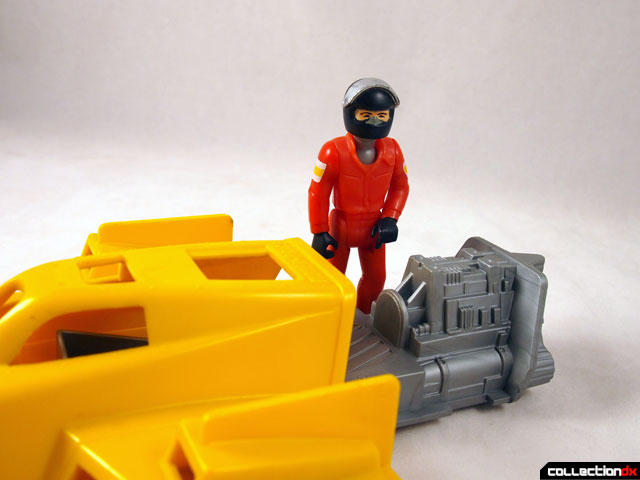 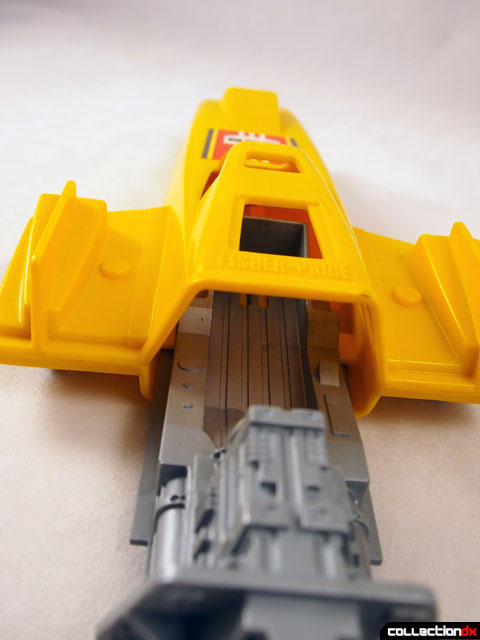 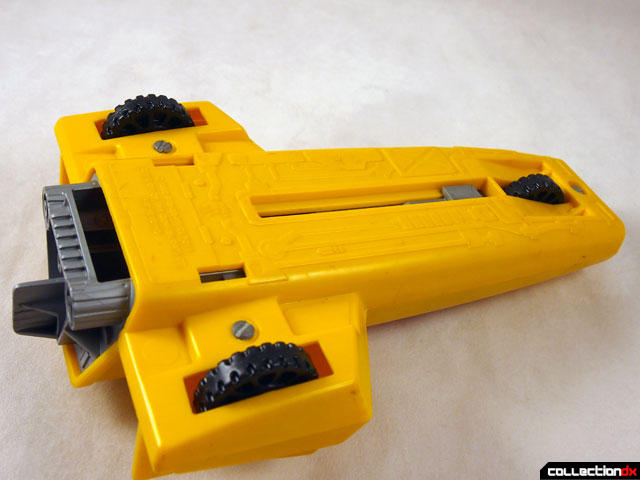 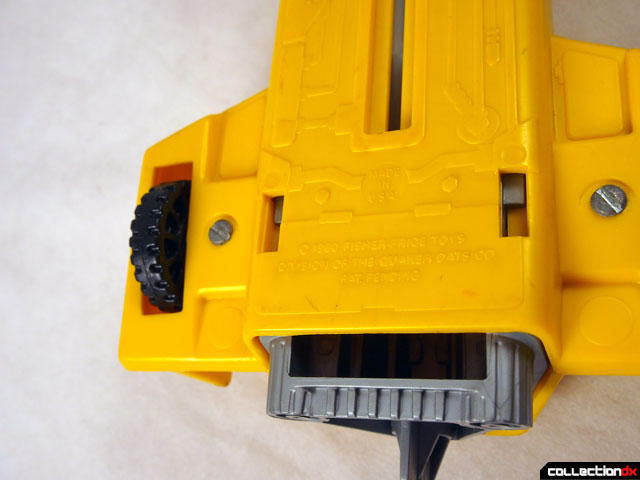 As I've started to look at these sets online I notice them creeping up in value, and I notice collectors talking more and more about them. They've influenced a ton of designers and many collectors have fond memories. As we get burnt out on Transformers, GI Joe and MOTU, will collectors begin to uncover the joy of this lesser known line?

Hopefully not before I can get my hands on the ones I need! 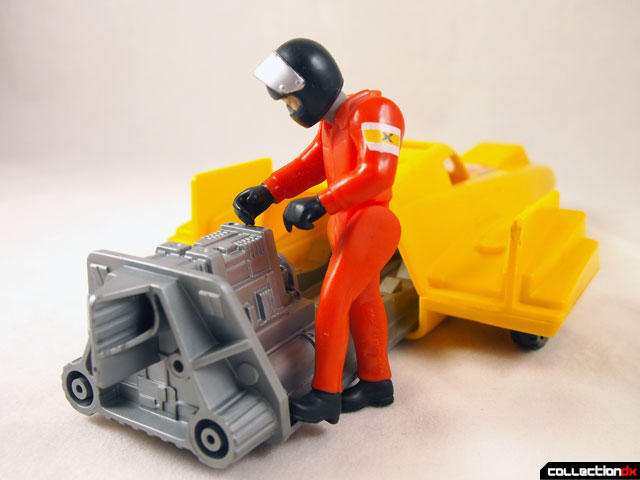 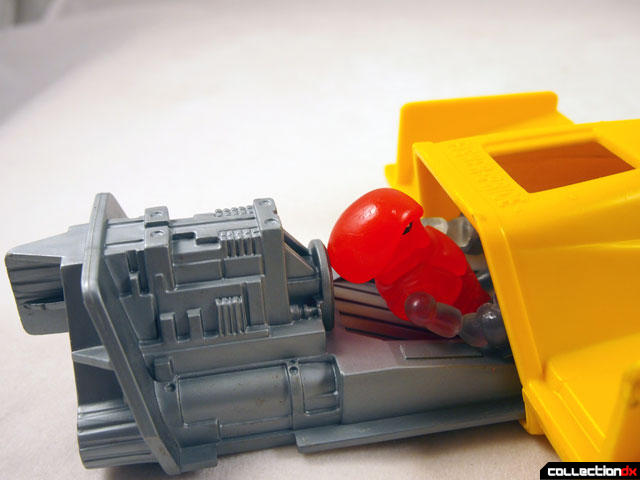 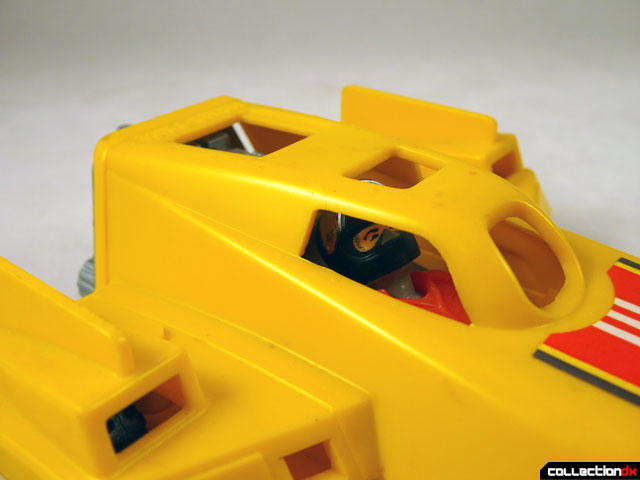 I loved these when I was little. They were the very first toys I remember playing with. Would love to see more reviews of them here!

I agree! I love seeing them here and I too got tons of play time out of those guys. More! :D

I missed out of Adventure People when they came out ('cause I didn't exist), but from my experience it seems like everyone ends up with a figure or two. This was a really cool and well made line, and I'd love more reviews.

I had an Adventure People TV news crew & van set as a kid in the 70s... loved the hell out of that set & the news camera with working 'screen' (had a working lens & mirror so you could see on a little 'tv' screen what the camera was viewing)... Can't remember if I had that or the Space: 1999 Eagle w/figures set 1st.... Micronauts definitely came next :-)

We just sold this toy on eBay.